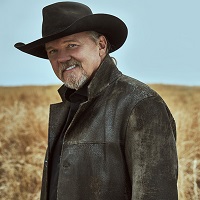 County music legend Trace Adkins will perform live in concert at Seminole Casino Hotel Immokalee on Friday, Dec. 3 as part of his “The Way I Wanna Go Tour.” The concert will begin at 8 p.m. with doors opening at 7 p.m. Advance tickets are on sale now for $99 and are available by phone from Ticketmaster at 1-800-653-8000 or online at www.moreinparadise.com. Attendees must be 21 years of age.

Adkins is 25 years into a career filled with bold authenticity and chart-topping smashes, fusing a booming baritone and commanding stage presence with sounds from all across the Country spectrum. Since his debut in 1996, the larger-than-life star has sold over 11 million albums and charted more than 37 singles, sending 14 into Billboard’s Top 10. He’s also racked up two billion streams and boasts a reputation for fiery live performance – not to mention his multiple Grammy nominations, awards from the ACM and CMT, and a willingness to think outside the box.

Now, with his 13th studio album, “The Way I Wanna Go,” 25 all-new tracks celebrate the 25th anniversary of his “Dreamin’ Out Loud” debut. Steeped in the cultural melting-pot of his Louisiana upbringing, “The Way I Wanna Go” finds Adkins leaning in to a lone-wolf spirit, and continuing down the road which made him a shapeshifting member of the Grand Ole Opry.

The new album touches on all aspects of Adkins’ hit-making career – from profound traditional balladry to clever-Country party anthems. With a sound that ranges from timeless twang to beat-driven bravado, the album brings a who’s who of unpredictable guests along for the ride. All-star collaborators include Blake Shelton, Luke Bryan, Stevie Wonder on harmonica, Snoop Dogg, Pitbull, Keb’ Mo’ and Melissa Etheridge. And Adkins’ creative craftsmanship is sharper than ever.