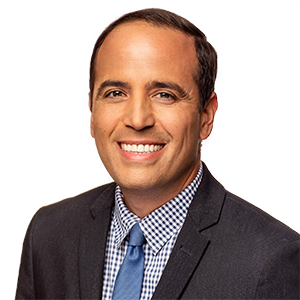 Previously worked at Independent News Network and Equity Media Broadcasting producing and anchoring several Univision newscasts in markets as Utah, Arkansas, Oklahoma, Detroit, Fort Myers and Amarillo Tx, 2004 to 2013; News Anchor, Hispanic News Network, a National Newscast broadcast by HNN; TV producer at VENEVISION & FremantleMedia in Venezuela, Argentina and Panama on the Production of several programs, including “Robinson: The Great Adventure,” a program based on the American reality series: SURVIVOR, 1999 to 2003.

Be concise and clear. It fulfills me when the information is useful for the viewer and has a positive impact on their life.

Investigation called for antisemitic flyers showing up at Florida homes

Man speaks after being hit by a car in Bonita Springs, info on car...

Search at Immokalee home leads to drugs, arrest of 1

Endometriosis guidelines from Europe could help doctors with early detection