Memories of those lost during Hurricane Ian remain across Southwest Florida.

Signs of love and grief are still displayed for an entire region to mourn.

The latest numbers from the coroner’s office show Hurricane Ian is responsible for 137 total deaths, 61 in Lee County.

Dan Noah has been with the National Weather Service for more than 30 years, and the tragedy has stuck with him.

“We know people died in the storm, and that’s unacceptable,” Noah says. “So we are going to do everything we can possible to make the forecasts better and help people understand it.”

The average age of victims in Lee County was almost 70 years old, and more than 80 percent of victims lived in evacuation Zone A. These people should have been the first to leave.

“The big thing is communication,” Noah claims. “How do we communicate to the people that need to evacuate, to get them to respond?”

Lee County Manager Roger Desjarlais ordered an evacuation for Ian at 7 a.m. on Tuesday, Sept. 27, when Southwest Florida was already feeling the impact.

During a press conference that began at 8:40 a.m. on Sept. 27, Desjarlais announced, “we are modifying the evacuation plan and ordering evacuation for all of Zone A and Zone B.” 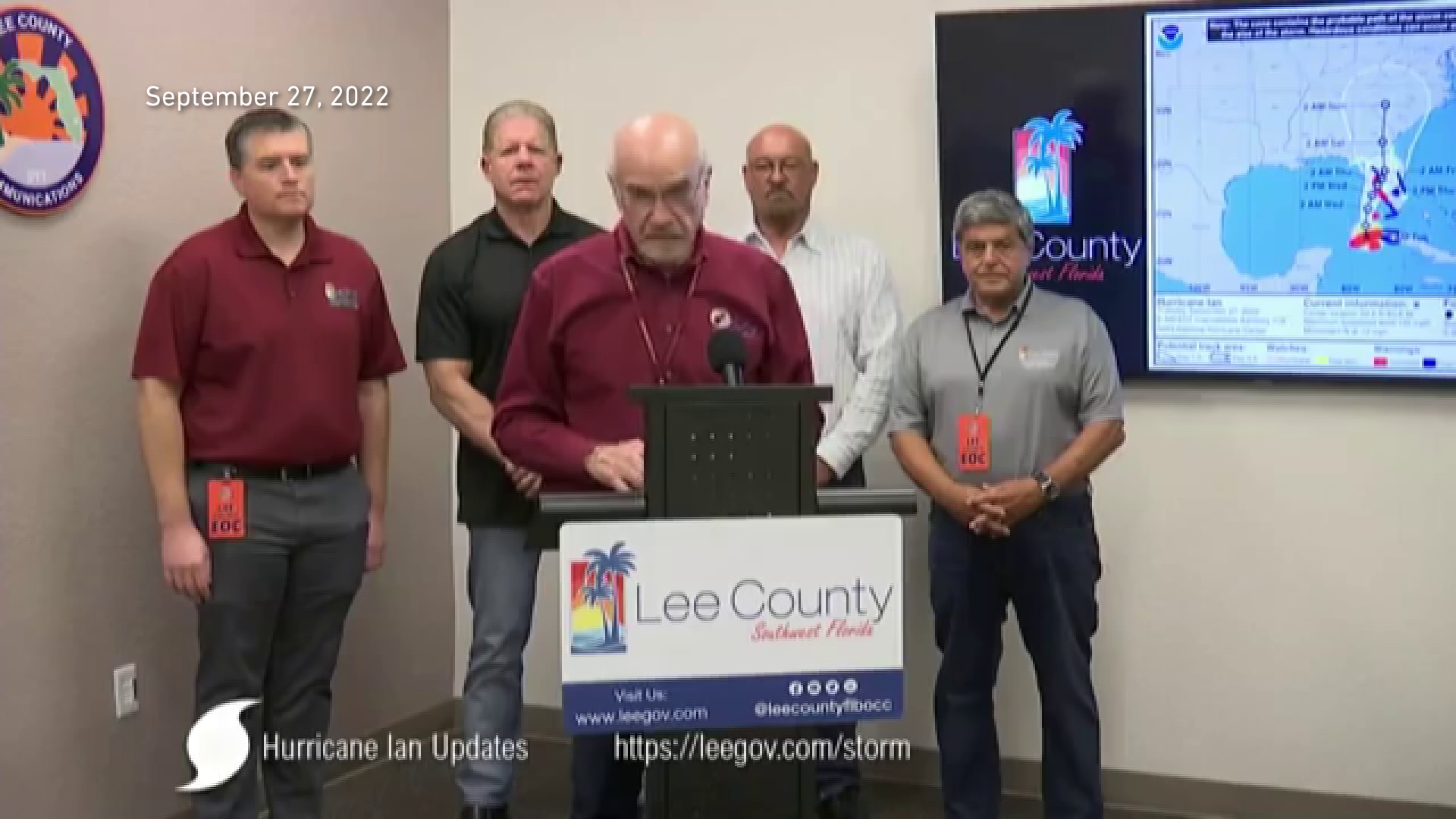 A study by the Southwest Florida Regional Planning Council shows it would take 36 hours to evacuate all of Zone A.

By that standard, Lee County did not leave enough time for everyone in Zone A to leave safely.

A records request revealed an email between county staff and the county’s Public Safety Director Sandra Tapfumaneyi sent at 7:03 pm Monday night. That email was a draft of an evacuation order.

Yet Lee County waited 12 hours until Tuesday morning to issue the evacuation order for Zone A and parts of B.

Making the call Monday night would have met and exceeded the planning council’s recommendation to safely evacuate.

For weeks, WINK investigative reporter Peter Fleischer called, emailed and stopped by the county offices to request interviews with Desjarlais and every county commissioner.

They all refused to interview with Fleischer even after one of the deadliest storms in Florida history.

Eventually, they spoke outside their office.

“Initially, we believed the storm surge was going to have more of an effect on the uninhabited areas of the Zone A,” Desjarlais admitted. “That’s why we were a little slower to pull that trigger than we might have otherwise.”

Commissioner Ray Sandelli pointed to the number of factors involved: “Could we have done it differently? Maybe. But I guess you’re dealing with these variables.”

Cecil Pendergrass served as Chairman of the commission when Hurricane Ian hit.

He refused to discuss holding the evacuation order for 12 hours or the evacuation protocols entirely, instead calling WINK News “fake news” and claiming his office had issued statements on the email in question.

But Pendergrass has never sent WINK News any statement on delaying the announcement of the evacuation order.

The National Weather Service began communicating its timeline with Lee County emergency staff about a week before Ian arrived and eventually realized a disaster was imminent.

“We knew it was going to be catastrophic somewhere on the west coast of Florida on Sunday,” Noah said. “Everybody gets that information. They ask questions. And then, they make their decisions.”

Ian shifted in the days leading up to its arrival, crushing Lee County. The results were catastrophic but not shocking.

“Ian behaved pretty well. It’s just those tiny changes in the track,” Noah explains. “While it looked like a big jog to the right, it really wasn’t a big jog.”

So, how and when will Lee County make changes to hurricane protocol? Officials didn’t have specifics and will not say if evacuation orders could come earlier next time.

“After every storm, we always evaluate protocols. We will sometime in the next month or two,” Desjarlais claimed. “We’ll be gathering not just county staff but all of our partnering agencies as well.”

With dozens of families grieving, Ian is not an experience Southwest Florida wants to repeat.

WINK News reached out to county Communication Director Betsy Clayton and Public Safety Director Sandra Tapfumaneyi about the decision to delay the evacuation order. They declined our interview requests.