Lee Health experienced several brushes with hurricanes in the past.

But Ian was the big one for them.

The health system had to evacuate patients from several of its hospitals, sending them to locations across the state.

Being inside for those 24 hours is something patients and staff will never forget.

The sun is shining once again over Golisano Children’s Hospital.

It starkly contrasts with Sept. 28 when it experienced Category 4 Hurricane Ian. The hospital sustained window and sign damage. About 500 square feet of roof came off at HealthPark. Meanwhile, Lee Memorial suffered damage to its elevators.

Although neither one is a doctor, Rod Allen and Eric Anderson triaged the facility under incredible pressure.

“Our role is to assure that the building stays operating and functioning,” said Allen, Lee Health’s director of plant operations.

“I’m always here when there’s major events like a hurricane to help support the logistics and any components that may be necessary from a facility side,” said Anderson, Lee Health’s director of strategic capital projects.

They work to defend the hospital for at least three to five days without any outside help.

A series of protocols were in place well before the first strike team of hospital staffers arrived the morning of the storm. Everyone braced for the worst. Something that in the past never materialized. The most vulnerable of the five Lee hospitals is the HealthPark campus which includes Golisano.

“The building design was looked at long ago when it was built so that the first floor if we ever got water in the first floor, we can continue operations,” Allen said. “We move everything up.”

A vertical evaluation took place early in the day, closing down the first floor and moving everything up one level.

“So we could do it in a very controlled fashion versus an emergency rushing the patients and putting them at high risk,” Anderson said.

Once the first floor emptied, power was strategically cut off on the lowest level.

Pumps and inflatable shields were in place to keep water from getting in the building.

When the winds died down, the storm surge became the threat they always feared. By late afternoon, Allen pulled out his phone and started recording.

“We didn’t believe it was going to be the magnitude as it was, but as the storm surge starts to build like that, OK, now we can move in to defend in place,” Allen said.

Anderson said the worst was by late afternoon when the parking lots began to flood.

“The car alarms going off because it’s shorting out the electrical systems, which is adding anxiety to everybody,” Anderson added.

Nikki Grunsted recorded video taken from inside the hospital that shows cars floating around the parking lot. 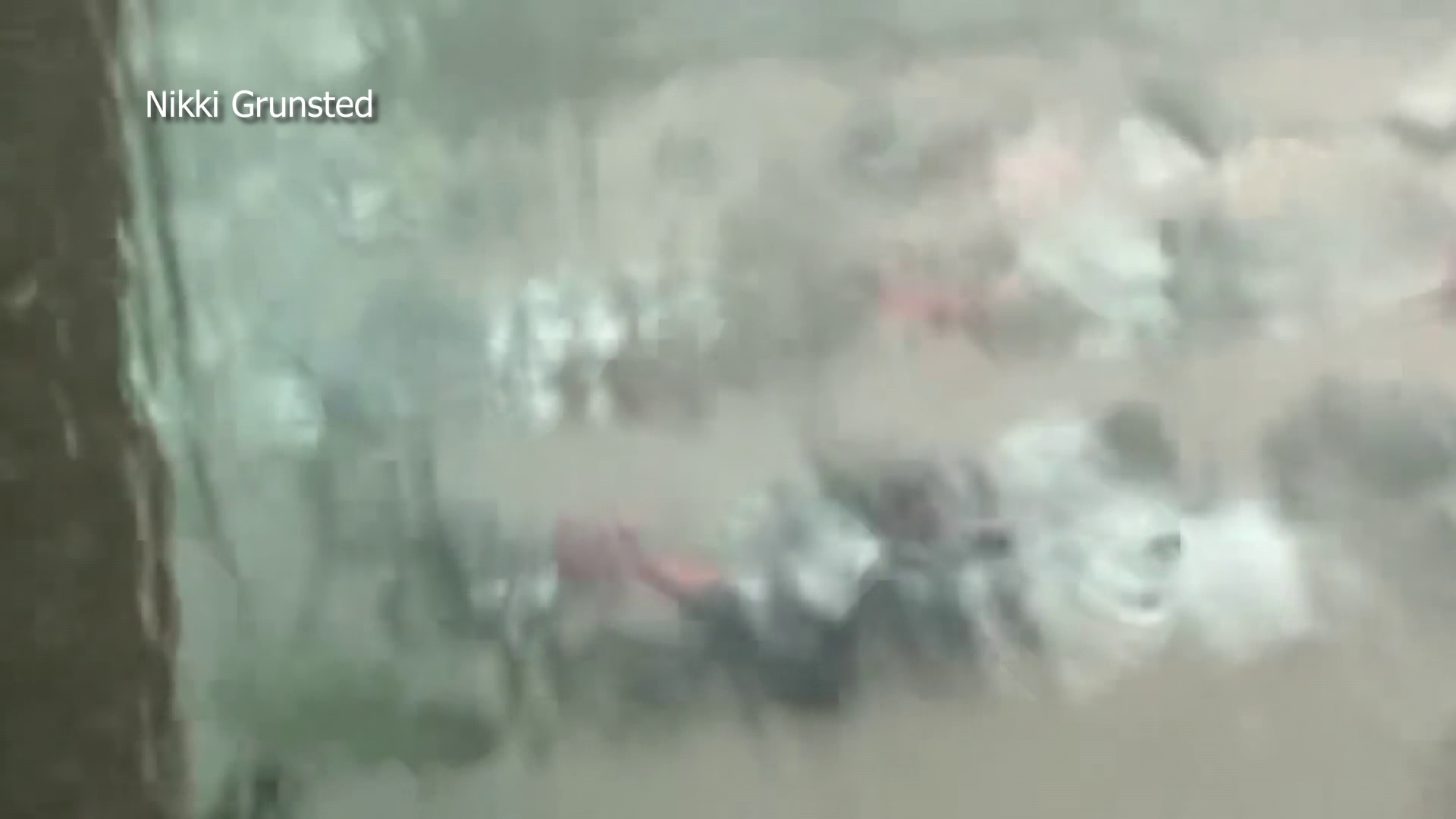 What you don’t see are the nerves of steel as doctors calm their patients.

“You see the stress on their faces. The patients are asking them what’s going on because some patients can’t even see out their window,” Anderson said.

The next concern? Electricity.

At the first flicker of power loss the plan is to transfer to generator so patients won’t have service interruptions, especially those on support systems.

That happened around 11 that night.

“We basically, we take ourselves off the FPL grid, we basically disconnect ourselves and go into what we consider island mode. So we can operate independent of what’s going on out there,” Allen said.

A massive generator room powered the entire hospital without interruption.

Water was another story.

The decision was made to close certain bathrooms and use bedpans, but the low pressure created a fire hazard.

“Really, what it came down to is the fire suppression systems for our facilities were compromised in a way if you don’t have water coming to them, we have no real ability to fight a fire other than personnel. So we immediately started a fire watch,” Allen said.

That fueled the decision to move hundreds of patients, airlifting some while moving others by ambulance.

“That’s the last thing you ever want to see a hospital have to do,” Allen said. “It’s very traumatic for everybody involved. The people that are here defending the building, they feel like we’ve done everything. Why do we have to do this? Sometimes those decisions are made out of pure necessity for the patient care.”

No lives were lost and damage was minimal at Lee Health thanks in part to the facilities team turned healthcare heroes.

“It’s not about recognition. It’s all about being there when people expect you and need you the most,” Anderson said.

Within 24 hours, Ian was gone, leaving behind an impact that will last a lifetime.

“Our folks are extremely dedicated. Sorry, I get emotional, but it’s really about the people,” Allen said. “They show up every day. They treat this as their home.”