Naples Zoo set to reopen to public by end of October

The crew at the Naples Zoo is hard at work repairing damage and picking up debris caused by Hurricane Ian.

The zoo, with gardens that are more than 100 years old, experienced multiple feet of storm surge from the hurricane, and many exhibits are below flood level. With an estimated cost of $300,000 in damages, it’s been all hands-on deck for staff since days before the storm.

“It’s just a team effort, everybody jumps in from every department and everybody is doing something to get ready for the storm,” Courtney Jolly, the zoo’s director of public relations and marketing, said. “That’s kind of what we’ve had for the post as well, everybody jumping in and making sure everything’s taken care of.”

Ensuring the animals were in a safe and secure area was the primary concern leading up to Hurricane Ian.

“Most of the animals are crate trained, so they’re trained with positive reinforcement to go into crates and then they’ll be able to be moved into a safe location,” Jolly said. 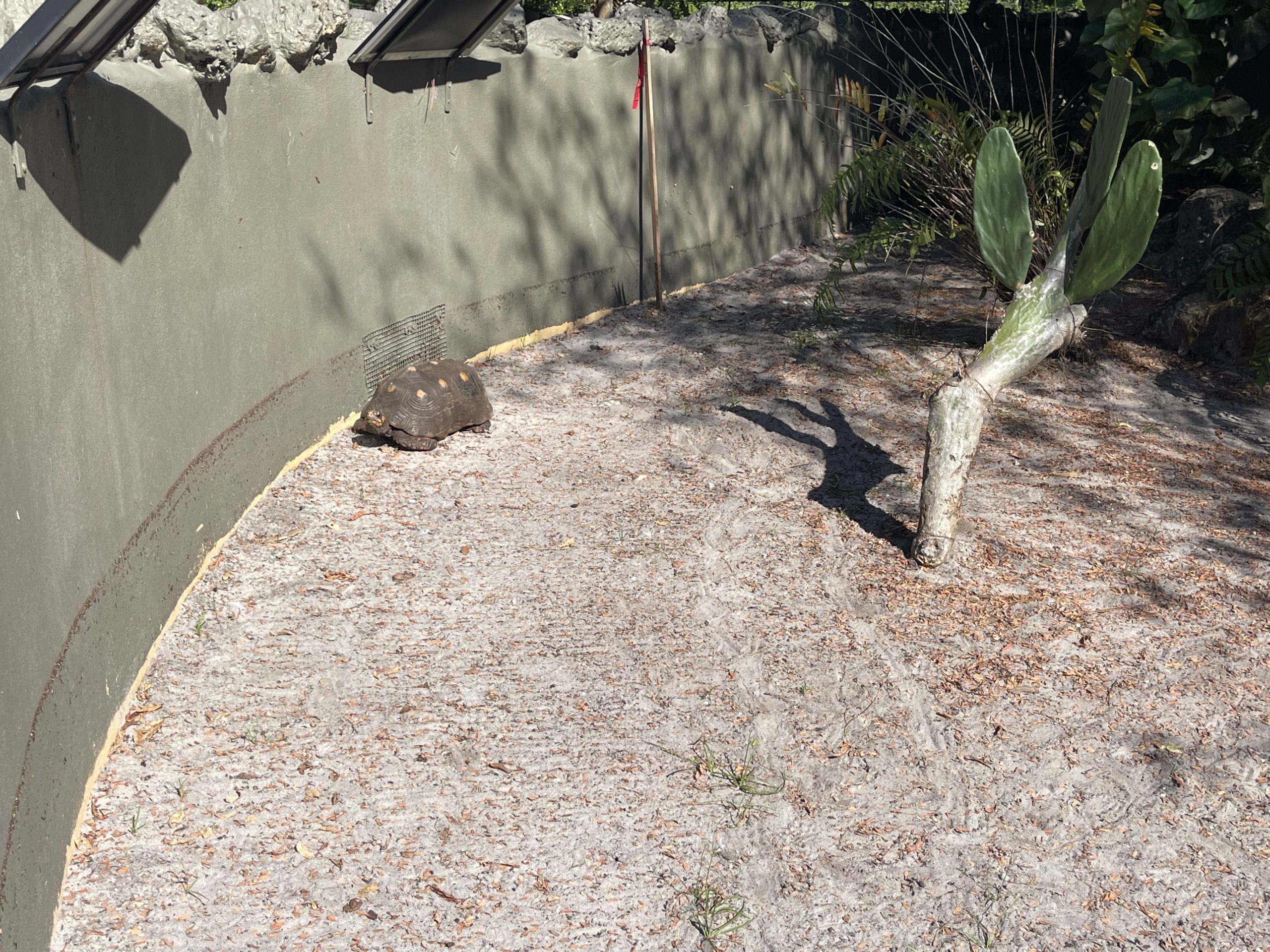 Naples Zoo’s Glass Animal Hospital became a sanctuary for many of the animals during the storm, along with the 12 staff members who hunkered down there during the storm. The hospital, built in 2019, was made to be hurricane and flood resistant.

“It’s a brand-new building so it fared really, really well,” Jolly said. “Having it as a resource before and after the storm was just instrumental in us doing as well as we did.”

Along with ensuring the animals themselves were safe, it was important that the hospital was stocked with plenty of resources.

“Preparing food and water for animals and staff post-storm and trying to make sure we could get deliveries in for animal food right before the storm just so that we were prepared was super important,” Jolly said.

Surveying the trees around the zoo was another important step in preparing for the storm. The horticulture team cut down greenery they expected could fall because of the storm.

During the hurricane, the larger carnivores such as lions and tigers were kept in their concrete dens.

“We waited until the very last minute before locking them into the dens, but for their safety, for if we lose a fence for the public’s safety, we had to lock them all into their concrete dens during the storm,” Jolly said. “Just getting them out and back on their habitats as soon as possible was super important.”

The animals are now back in their exhibits. However, the primates are still at the Glass Hospital due to considerable damage and erosion to their islands and dens due to storm surge. However, the team at the zoo is taking advantage of the situation by giving the primates extra health care while they’re staying at the facility. 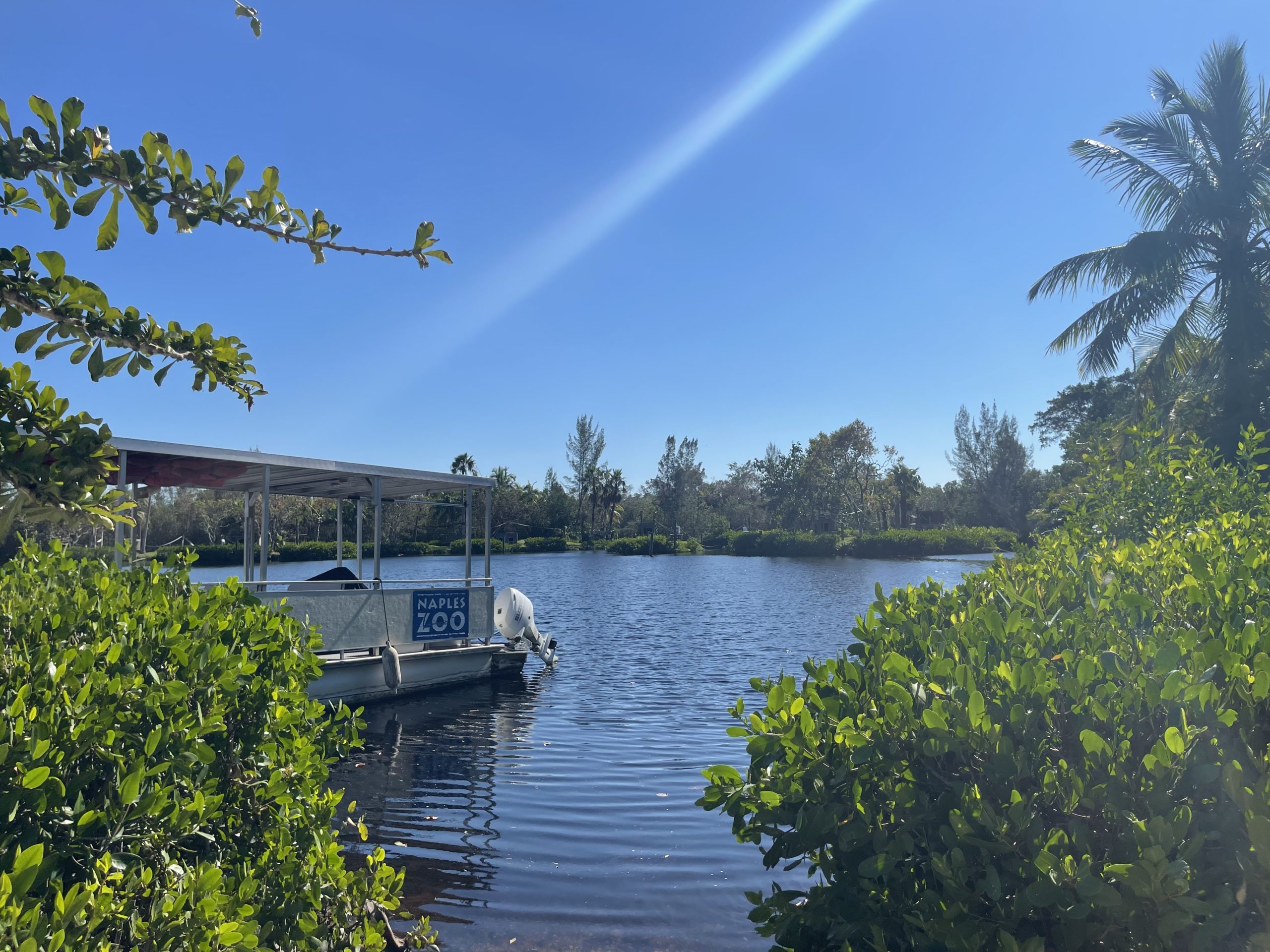 “While the primates are off the island and already in the hospital, we’re going ahead and doing the annual exams,” Jolly said. “People are like, doesn’t that add more stress? Well, it’s less stress because they’re already where they need to be.”

Before the storm the zoo had begun construction efforts on their future South American Trail, an immersive experience with grassland bringing some new species to the zoo such as tapir and capybara. This project will be put on hold and the list of species planned within the exhibit may change.

“Some of the species now, especially after the storm because we will be delaying construction, just depends on how things progress forward, but it will have a South American theme and we have a list of animals is the goal for that,” Jolly said. “Other animals may have to go to another location. Tapirs and capybara are pretty confirmed.”

Moving forward, the zoo is certain it will be open by the end of October for their Boo at the Zoo event. They plan to announce an official opening date early next week.

“I just keep reiterating to people how blessed we are, how lucky we are that we fared as well as we did,” Jolly said. “We know we are in good shape.”