Residents of the Fort Myers Yacht Basin have been fighting tirelessly to protect their homes against a new developer for nearly seven months. Those very homes felt Hurricane Ian’s fury as it moved through the river district in downtown Fort Myers last week.

Most of the live-a-boards at the yacht basin evacuated, while some rode out the storm on their boats.

“My husband stayed on our boat,” yacht basin resident Liz Hanson said. “It was a crazy experience, but he’s a risk taker. He said he would do it again.”

Hanson’s husband, Matt, just finished chemotherapy more than a month ago. “I think he was ready to take on anything I guess you could say,” she said.

Matt took a front-row seat to a historic storm, with water violently shaking his boat back and forth, the piercing sound of hurricane gusts and the sky, a color that matched the feeling residents had when they found the destruction Ian left for them to find the next morning. 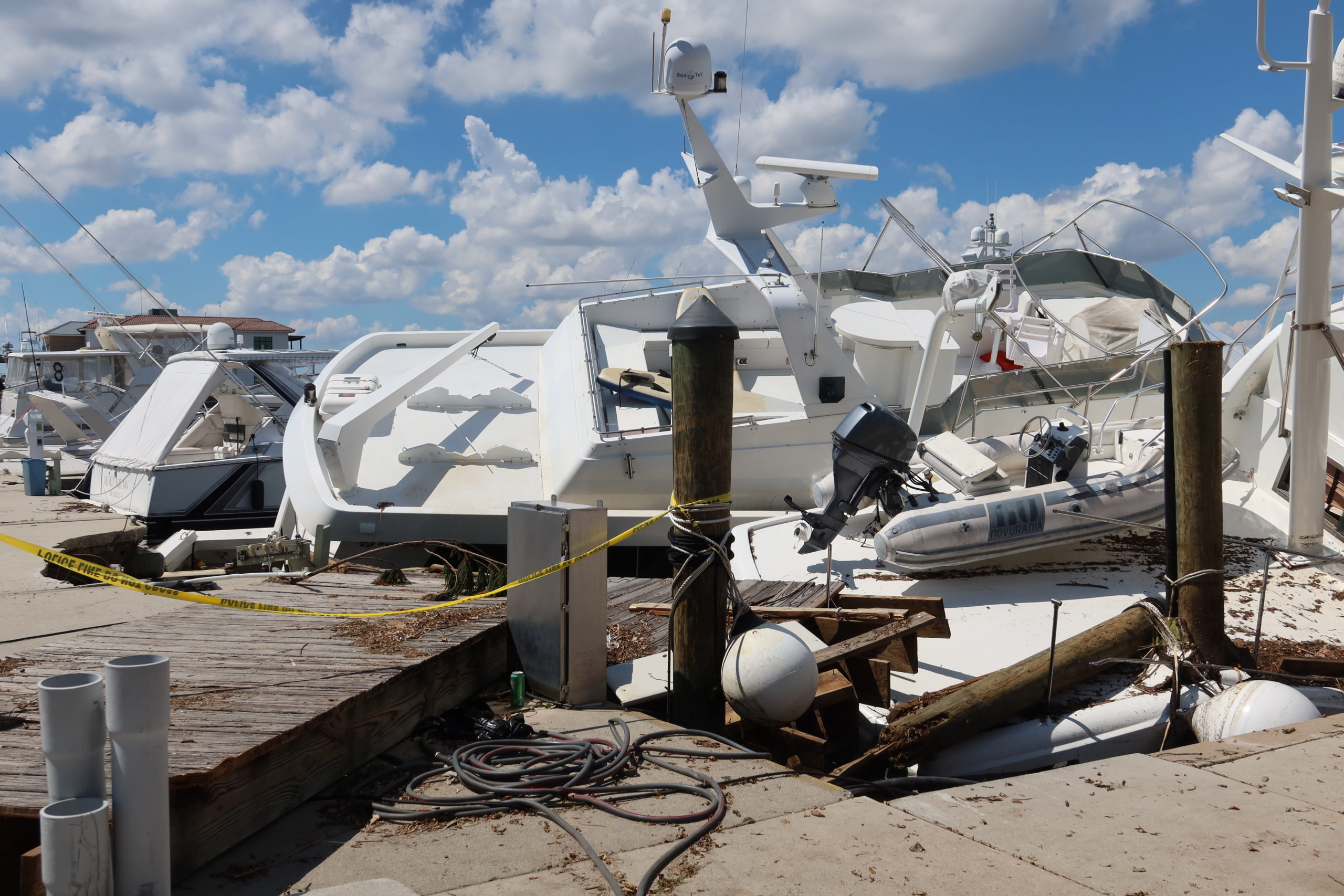 The community at the yacht basin have been working nearly non-stop to get their homes, and their neighbors’ homes, cleaned up since the storm.

“This is my community and I refuse to live in what looks like a slum,” Andre said. “There just wasn’t really any rhyme or reason as to who made it and who didn’t. You could have tied up the best that you could have and then maybe the boat next to you had a bad line that snapped and took your boat out.”

Despite the loss of many boats and the need for replacement or repairs of certain docks, the yacht basin residents remain clear in their message; say no to Suntex, which is in negotiations with the city to redevelop the yacht basin. Suntex Marinas is a owning, managing and investing company with an extensive network of saltwater and freshwater marinas in the U.S.

“I would just hope that regarding Suntex that the city council, the city manager and the mayor pay very, very close attention to the paperwork that’s been passed,” Andre said. “They do not have a very good reputation for marina management. They brag about their floating docks, and we know what happens when people have floating docks if we take a look at Legacy Harbor.”

“This was a near-Category 5 hurricane that came through, but our docks are still here,” Andre said. “This is one of the few marinas in the country that is considered a safe harbor. Don’t screw that up. It’s historic; people love this. People love to come down here to sightsee.”

The residents’ vision for the city to maintain control of the yacht basin, but with appropriate upkeep and management remains the same.