Leo Soto lost a friend in the Surfside Collapse and decided to make a memorial for people who lost loved ones or are missing loved ones. He said it’s a way for people to remember and honor them. Since the creation of that first memorial, Soto has gone to Mayfield, Kentucky, after the tornadoes ripped through there, and Ukraine because of the recent war to create memorials there.

Leo told me he already has over 3,000 flowers for the Hurricane Ian memorial that will be in Downtown Fort Myers.

He said people who lost loved ones to tragedies told him flowers are comforting because they symbolize life. #ian #hurricaneian #fortmyers https://t.co/MmO1T7ILCj pic.twitter.com/zmggK50XsD

Now, Soto is bringing a memorial to Centennial Park in downtown Fort Myers. He says he chose the spot because it was an open canvas and a place with enough foot traffic for the community to see and remember what took place in 2022 when Hurricane Ian hit Southwest Florida.

He said he’s learned from loved ones at other memorials that flowers help with the healing process. 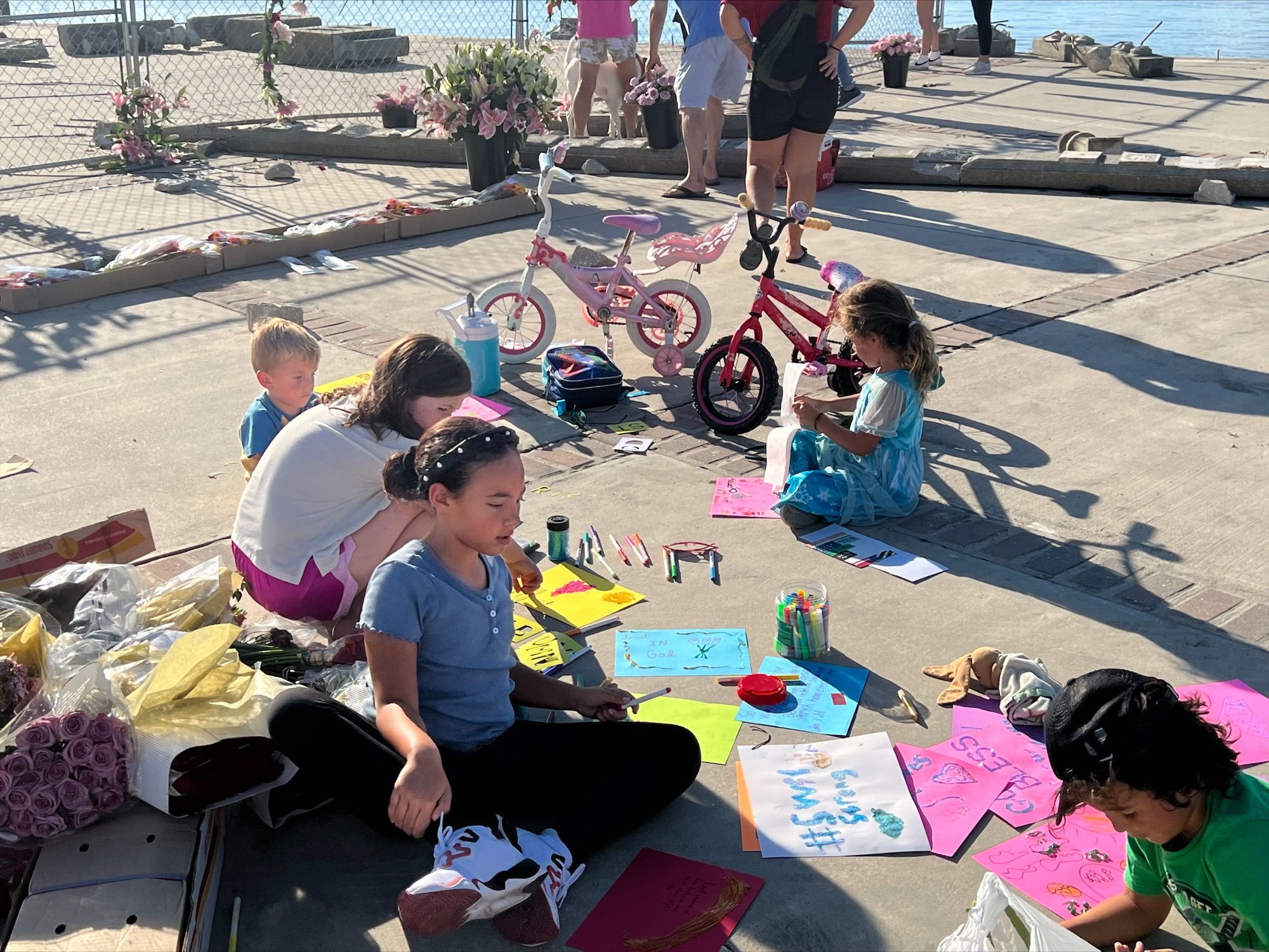 “There’s something very healing about flowers, it’s very comforting and makes you feel like there’s some hope, and that really is why the nonprofit I founded is called ‘The Wall of Hope Foundation,'” Soto said. “We aim to just give people a little sense of hope to begin the healing process. You know, a lot of people walk around kind of shocked when a lot of these tragedies happen; they don’t have anywhere to come together and to hug each other and to begin to heal, and that’s what these memorials do: They give the community a place to begin to heal together and love each other.

Soto says he is leaving the vision of the memorial up to the people in Southwest Florida who were impacted and lost loved ones in the storm.

“There isn’t really a rhyme or reason, there is no exact organization,” Soto said. “It’s really what people feel in their heart. We’re hoping that the community comes here tomorrow and they pick up the flowers that they find beautiful and they add them wherever they like. This is a beautiful open canvas. There’s an organization, it’s just the community decides what it’s going to be.” 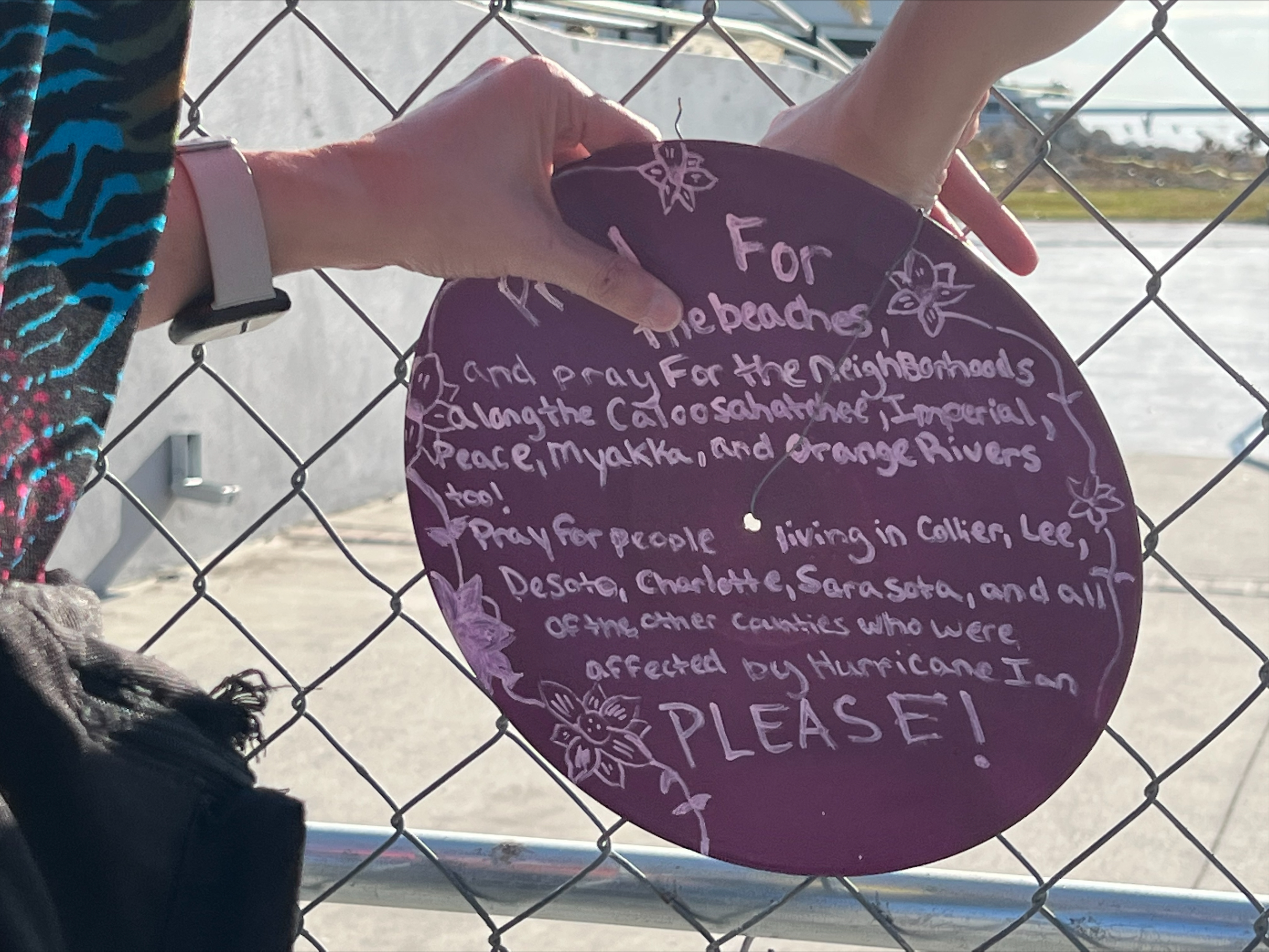 Soto hopes this memorial will serve as a reminder of what happened in Southwest Florida when Hurricane Ian hit and that the victims are never forgotten.

“I’m hoping that they see something really powerful, something that really makes them stop on their feet and think about the tragedy that happened here and think about the families that are affected forever,” Soto said. “Think about all the loss and all the pain that this community is going through. Sometimes these things happen, a couple days pass, and sort of the media moves on, and everyone moves on. But the community stays impacted. The community stays suffering. And that’s what I want to help… I want to help heal.”

Although officials haven’t released the names of the victims of Hurricane Ian yet, Soto said he already knows some names because their family members have already confirmed to him that their loved ones passed as a result of the storm. 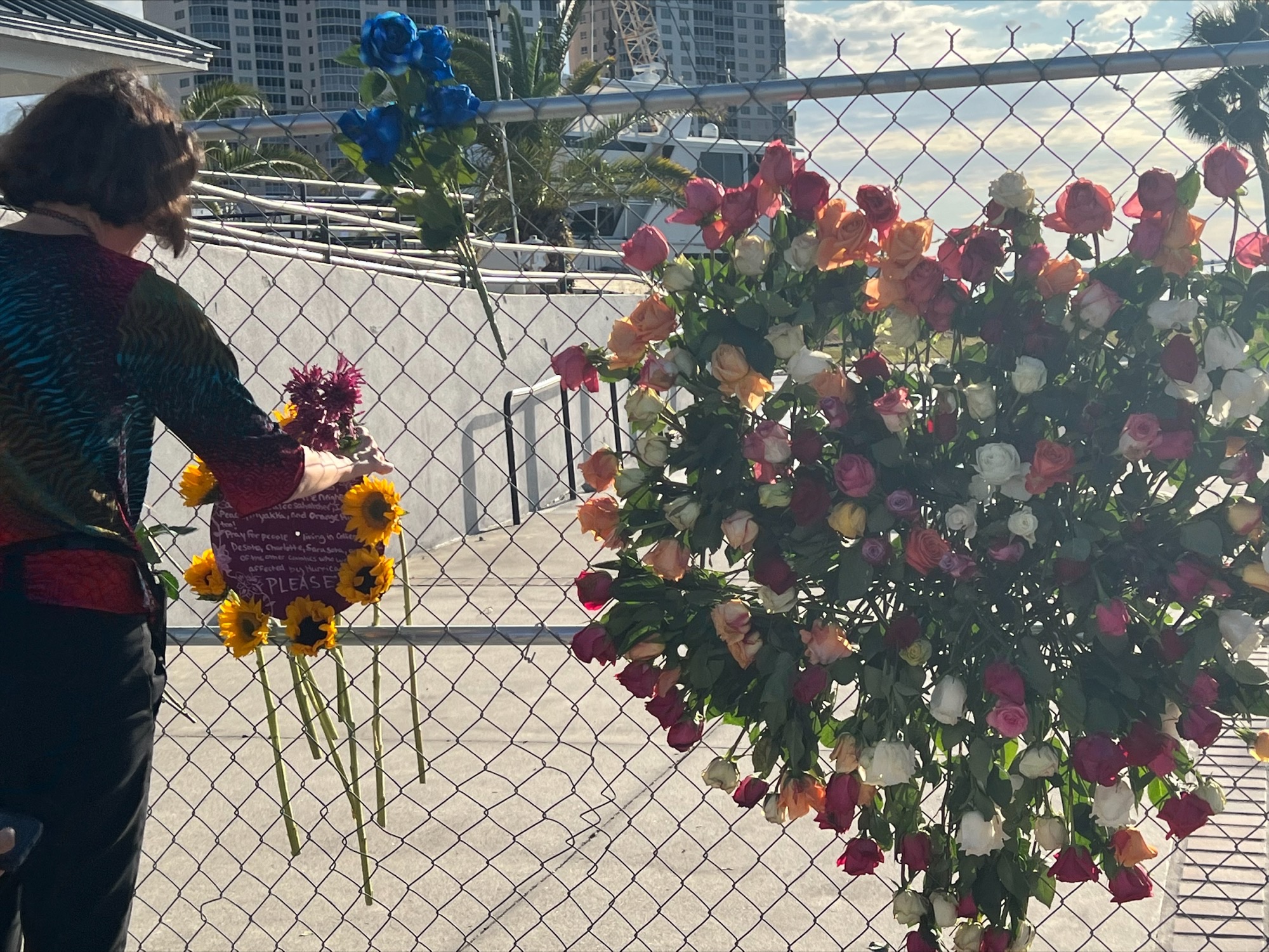 “It’s heartbreaking,” Soto said. “I tried to organize a rescue mission for one of the people that contacted me on Instagram, they said they haven’t heard from their mom and grandpa since yesterday… I got with different organizations, they actually sent over a rescue crew and, unfortunately, the grandfather had passed away, and the mother was in serious condition at the hospital. And that’s just one person that reached out to me; I have other people in the groups that send me pictures. ‘Hey, I lost my papa today, I lost my uncle, will you add them to the memorial? Will you honor them?'”