The National Hurricane Center says Ian made landfall near Cayo Costa as a Category 4 storm with maximum sustained winds of 150mph. As of the 4 p.m. advisory seen below, wind strength has dropped to 145mph. 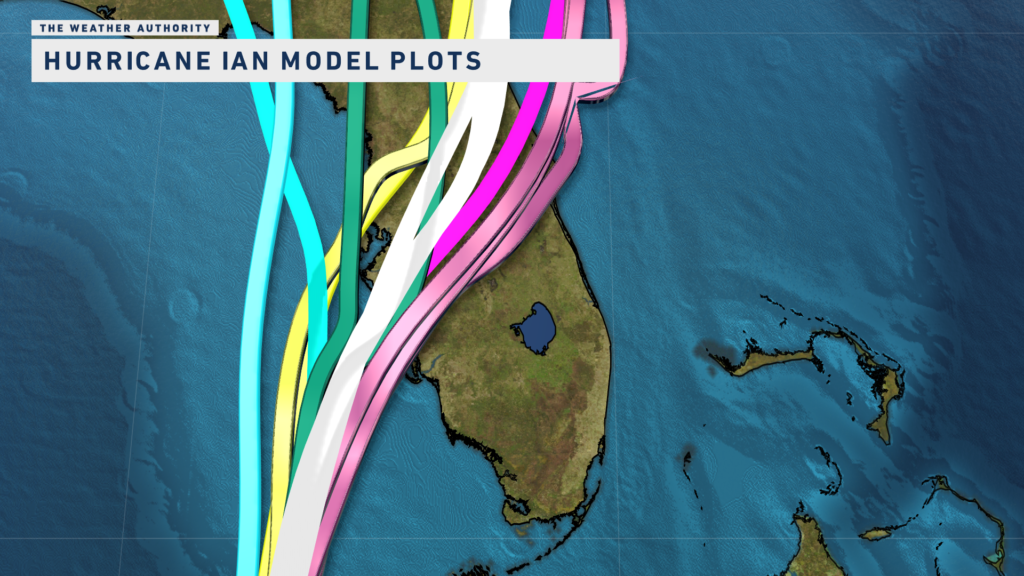 Impacts on Florida are expected between Tuesday and Thursday. Models have a negative trend with a shift more eastward with our latest models. A few models, unfortunately, are picking up on a shift slightly more eastward. Possible to see the cone shift even more eastward. 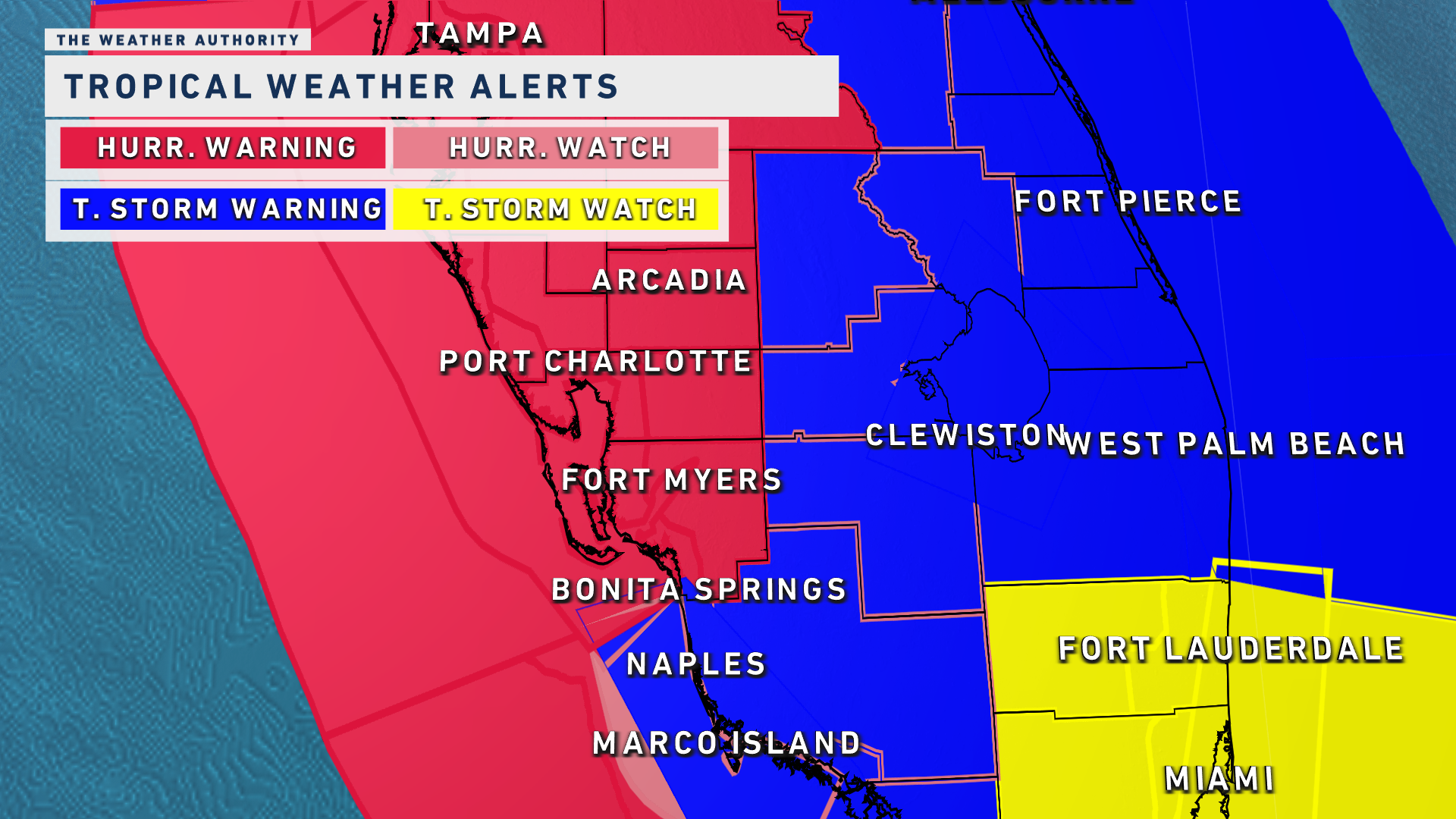 Lee, Charlotte, DeSoto and Sarasota countiesare now under a hurricane warning. Tropical warnings are in effect for the rest of our viewing area. 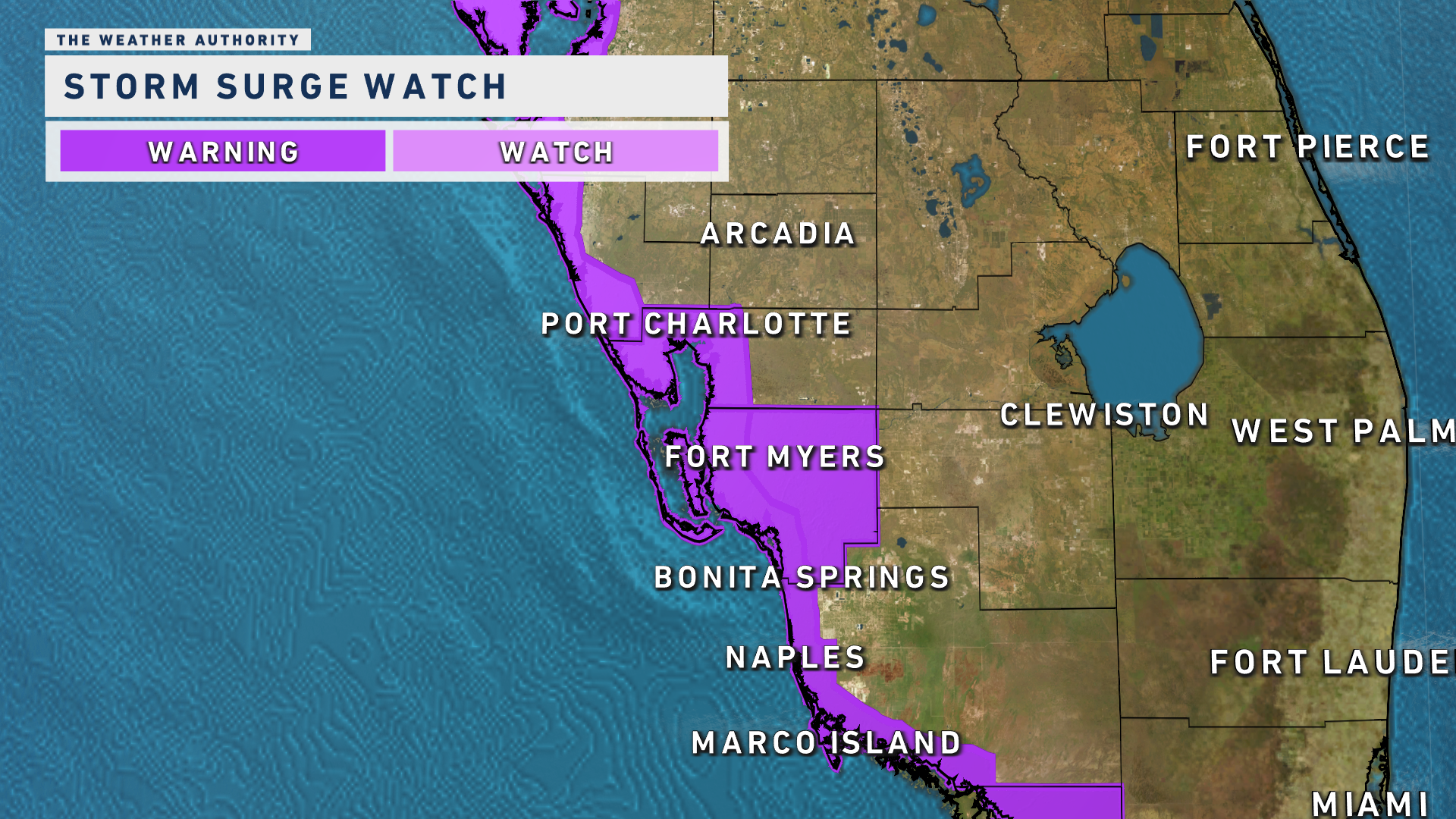 Storm surge watches are in effect for our coastal communities. A Storm Surge Watch means life-threatening inundation from rising water moving inland from the coastline is possible somewhere within the area within the next 48 hours. 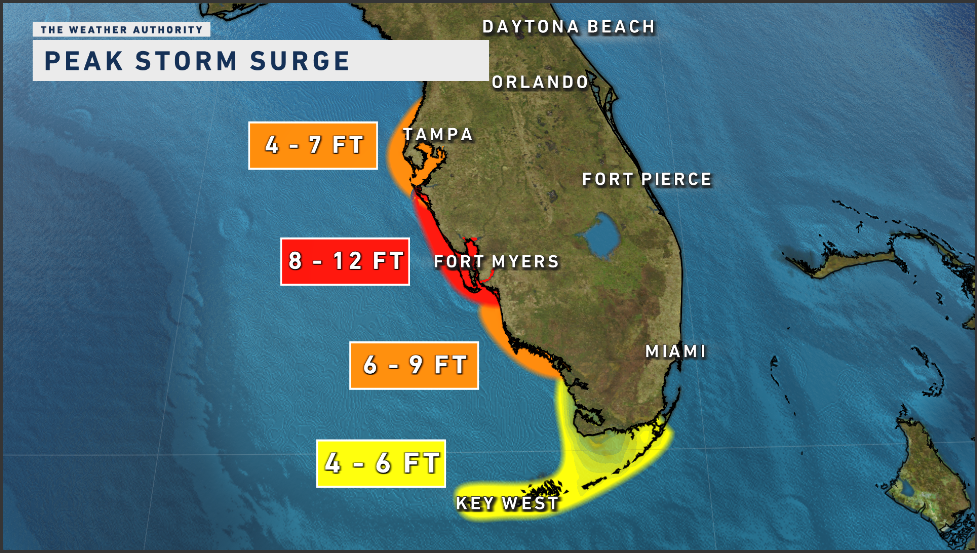 Storm surge estimates increase as you travel farther north along our coastline. The Weather Authority is also monitoring one disturbance in the Atlantic. 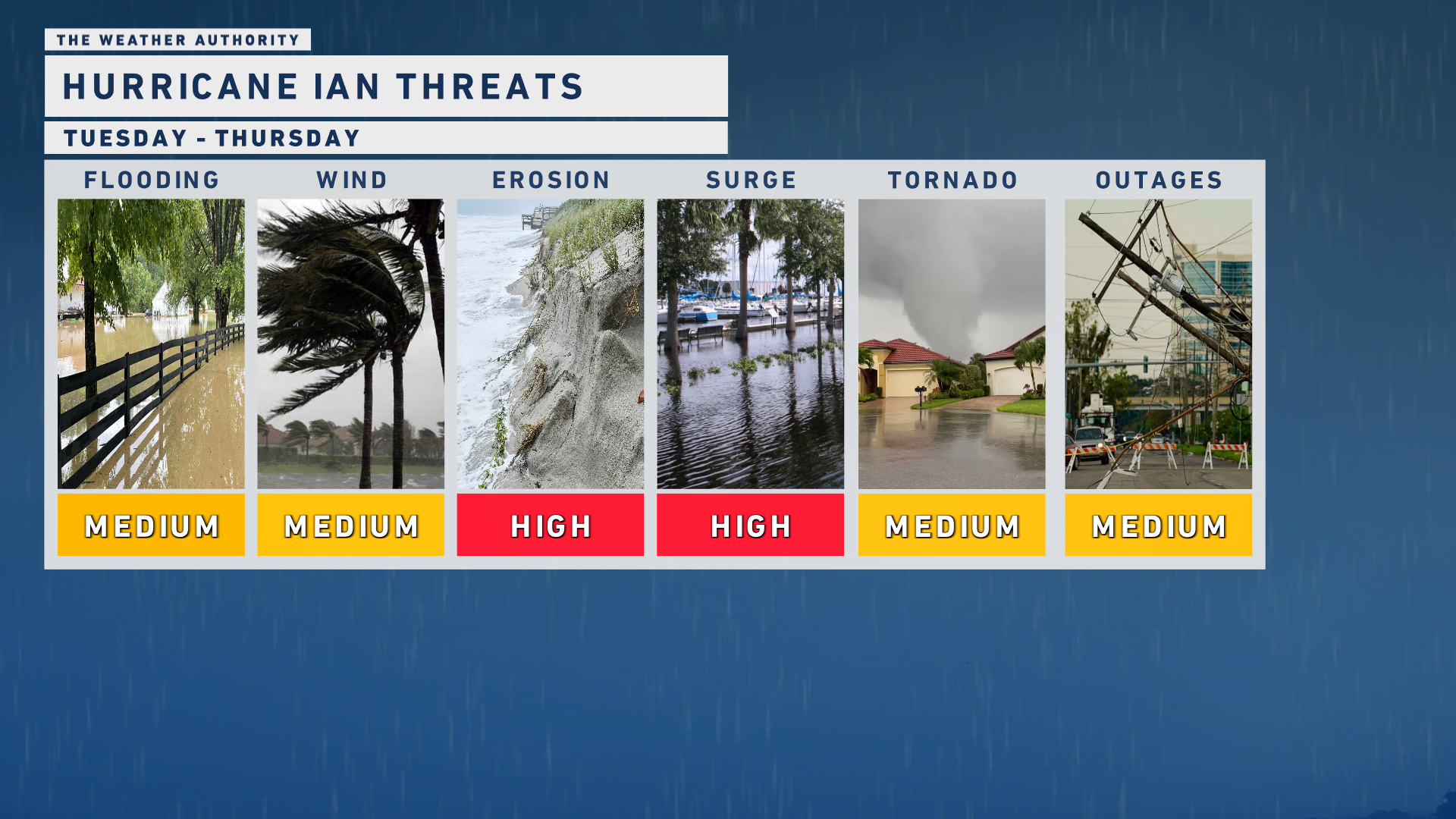 Already, Southwest Florida has seen a tornado produces from the outer bands of wind and rain from Hurricane Ian. The tornado below was captured by WINK News viewer Roger Felipe along US 41 between Naples and Miami.

Hurricane Ian producing tornadoes in #SWFL this afternoon. This was shot along US 41 between Naples and Miami…

https://platform.twitter.com/widgets.js
Tuesday we will begin to feel the impacts of Ian’s most outer rain bands. Timeline set up has the main event for Southwest Florida on Wednesday. Wednesday and Thursday are the days SWFL could expect the most storm surge. Above is what to expect Tuesday through Thursday and the severity of the potential hazards associated with Ian.