A Fort Myers man was sentenced to 11 1/2 years for DUI manslaughter.

Osvaldo Rasziel Viveros, 26, was found guilty and sentenced to 11 1/2 years, followed by three and a half years of probation, for one count of DUI manslaughter.

In March, Viveros swerved off the road and crashed his car into a tree. The car burst into flames. The incident happened near the intersection of Unice Avenue and 71 Street West in Lehigh Acres, according to a State Attorney’s Office report. 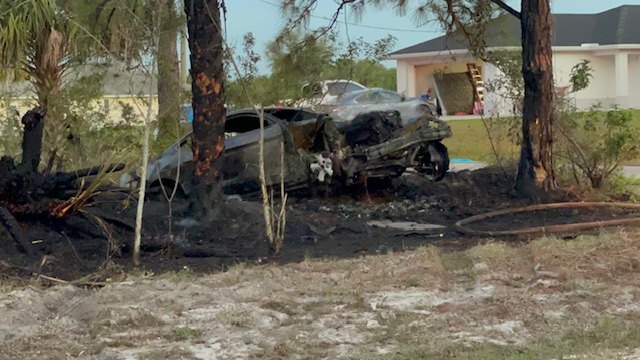 The female passenger was pronounced dead at the scene.

FHP investigated the crash and Viveros’ blood alcohol level was over the legal limit at the time of the crash, according to a State Attorney’s Office report.