More of the usual for Southwest Florida Sunday with scattered storms and a mix of sun and clouds on the way for your Sunday afternoon. Greater cloud cover to start the day will slightly stunt our high temperatures, keeping many areas in the upper 80s to lower 90s. 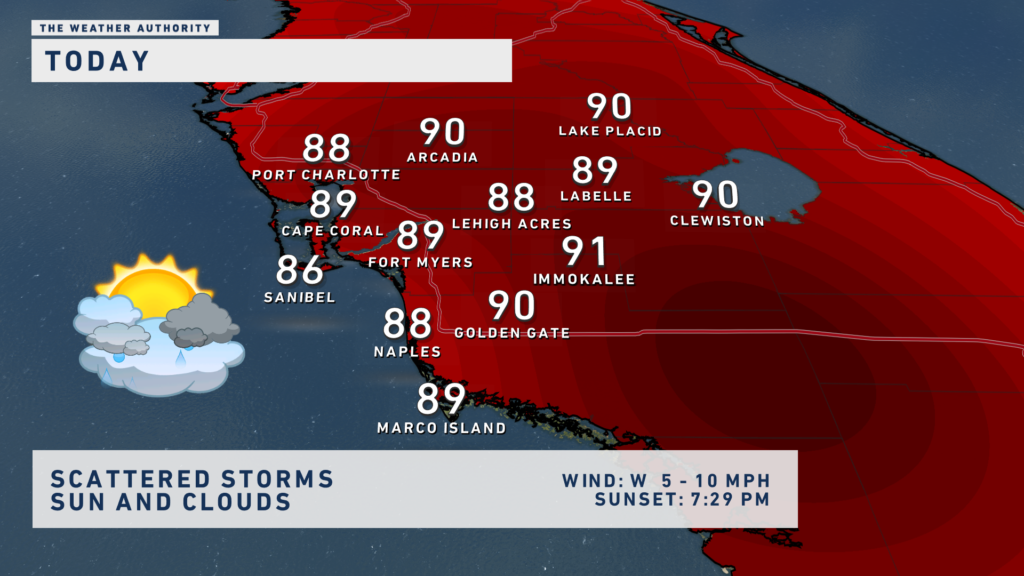 Boaters can expect generally pleasant conditions today with 1-2 foot wave heights and light chop in the bays. Spotty showers and storms are possible in the Gulf during the early afternoon, but most scattered storm activity can likely be expected inland later in the day.  UV Index is higher than yesterday at a level 10 for Sunday. 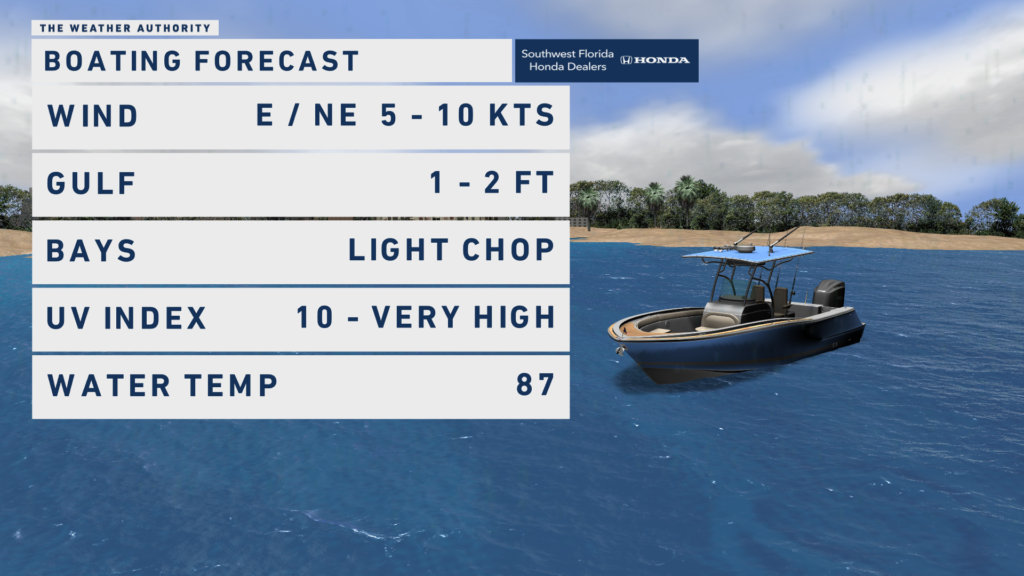 Fiona has now strengthened into a Category 1 Hurricane and is forecast to continue strengthening into the first major hurricane of the season later this week. Fortunately, Fiona is also expected to begin a turn to the north, which will lead the storm into the Atlantic, away from the United States, over the next several days. 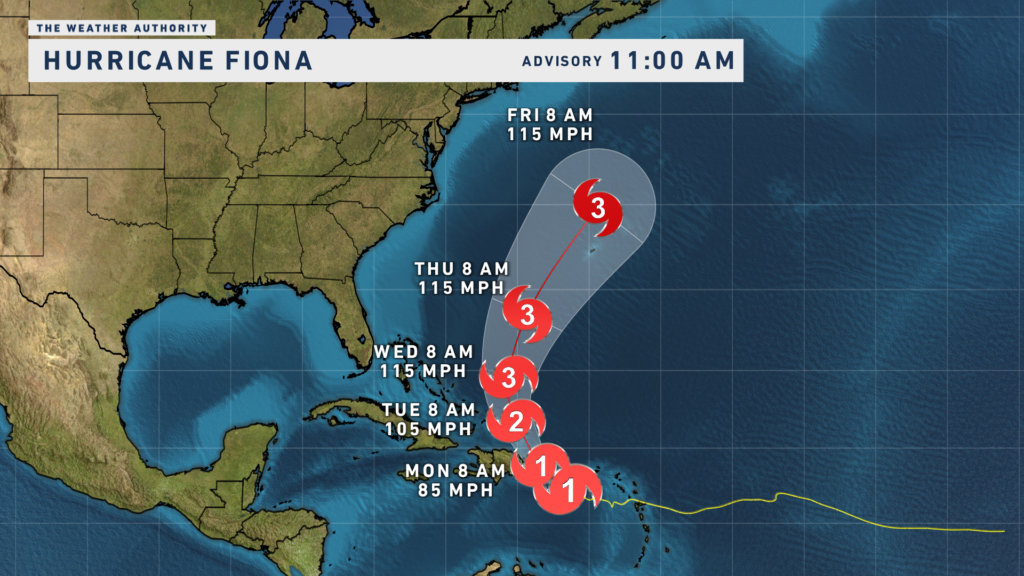 There is only one other disturbance in the Atlantic that has a low-end (20%) chance of developing into a tropical depression in the next five days. 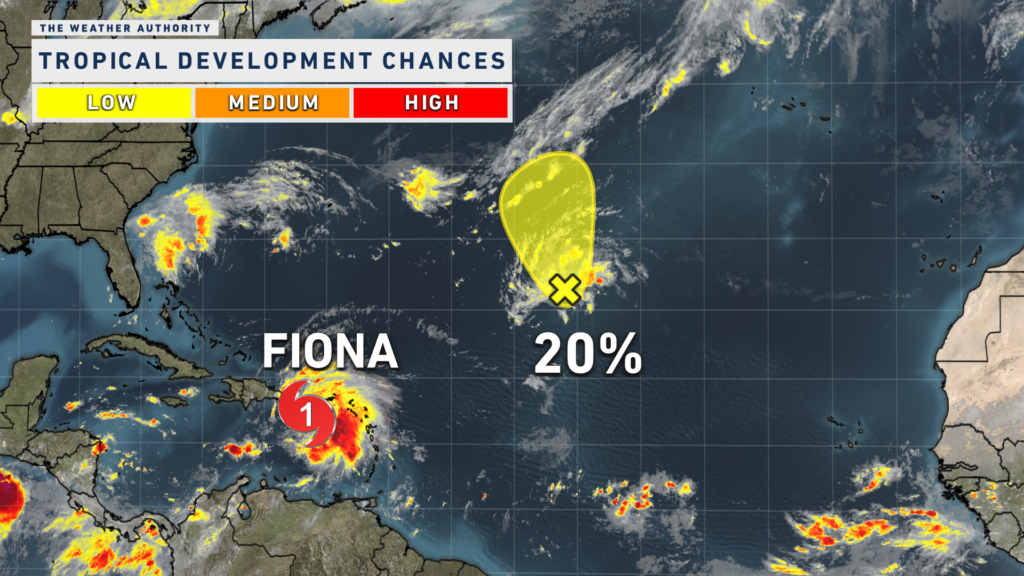 This area of storms is expected to continue to meander out at sea and does not pose any potential threat to the United States.