Could we go through all of August without a named storm?

The theme of the 2022 Atlantic Hurricane Season has seen storms struggling to develop, and it’s now been 58 days since we’ve seen our last named storm, which was Tropical Storm Colin all the way back in early July. 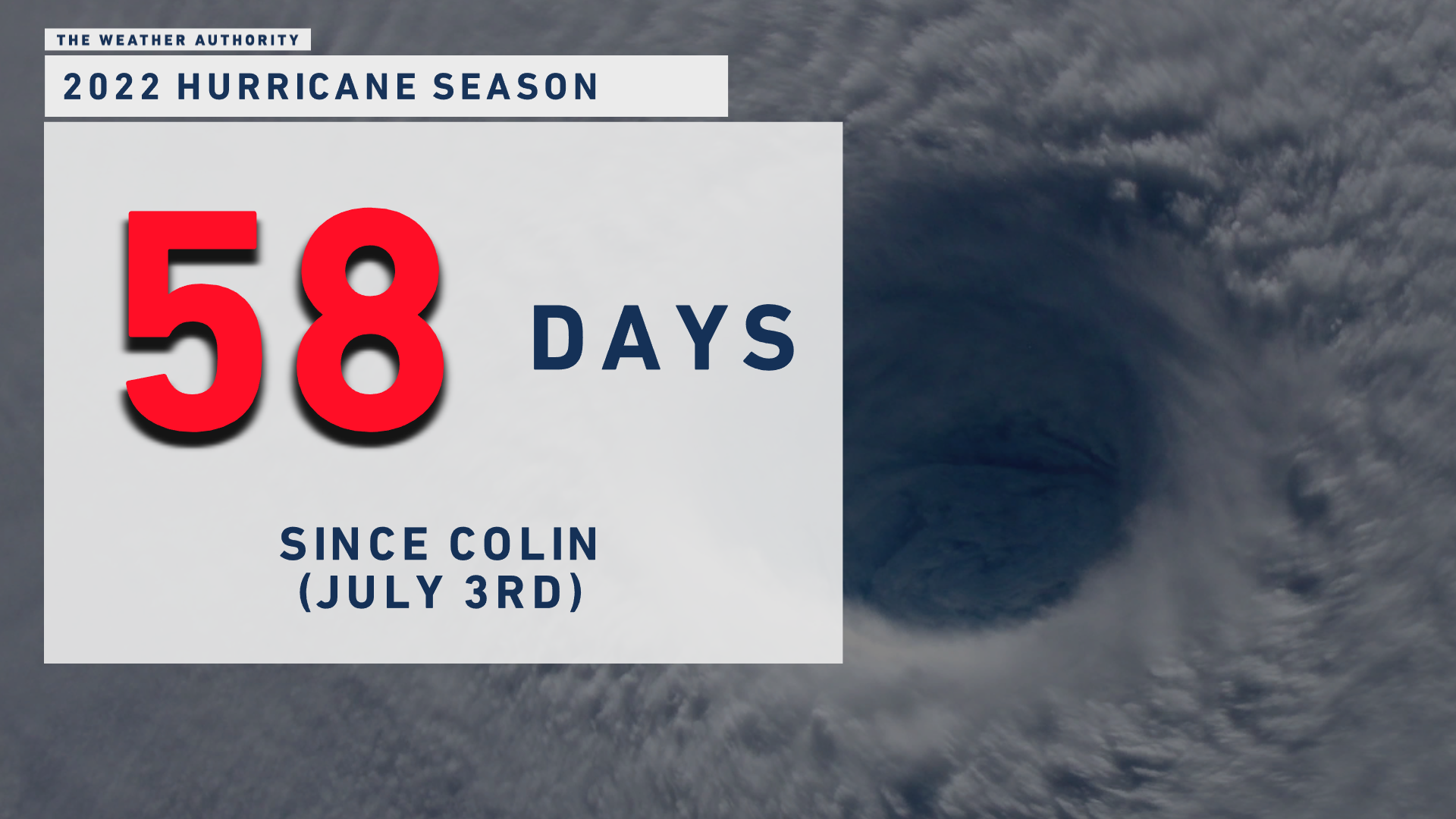 In the central tropical Atlantic, Invest 91L has a high chance of becoming a depression as it moves to the west-northwest over the next several days.

It has gotten better organized today with an increase in storms, however, it remains too broad to become a named storm.

Just like every disturbance this year, 91L has a tough road ahead of it as it deals with dry air and wind shear, which means we’re only expecting gradual organization over the next several days. 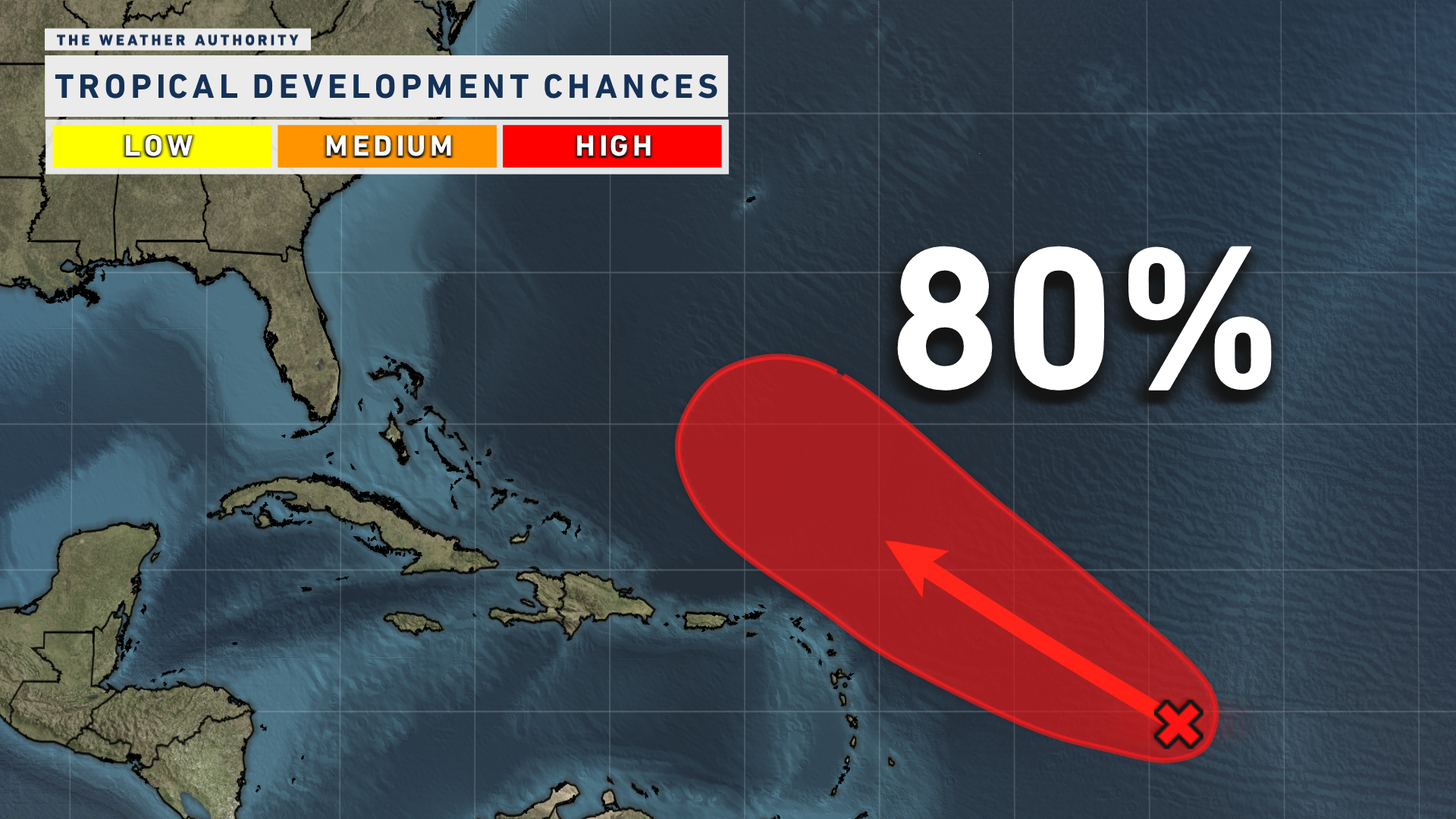 Invest 91L isn’t much of a concern for us in Southwest Florida.

While dry air and wind shear is expected to continue plaguing the disturbance, computer models have also trended more to the east with its expected track over the next several days, with a track out to sea looking very likely. 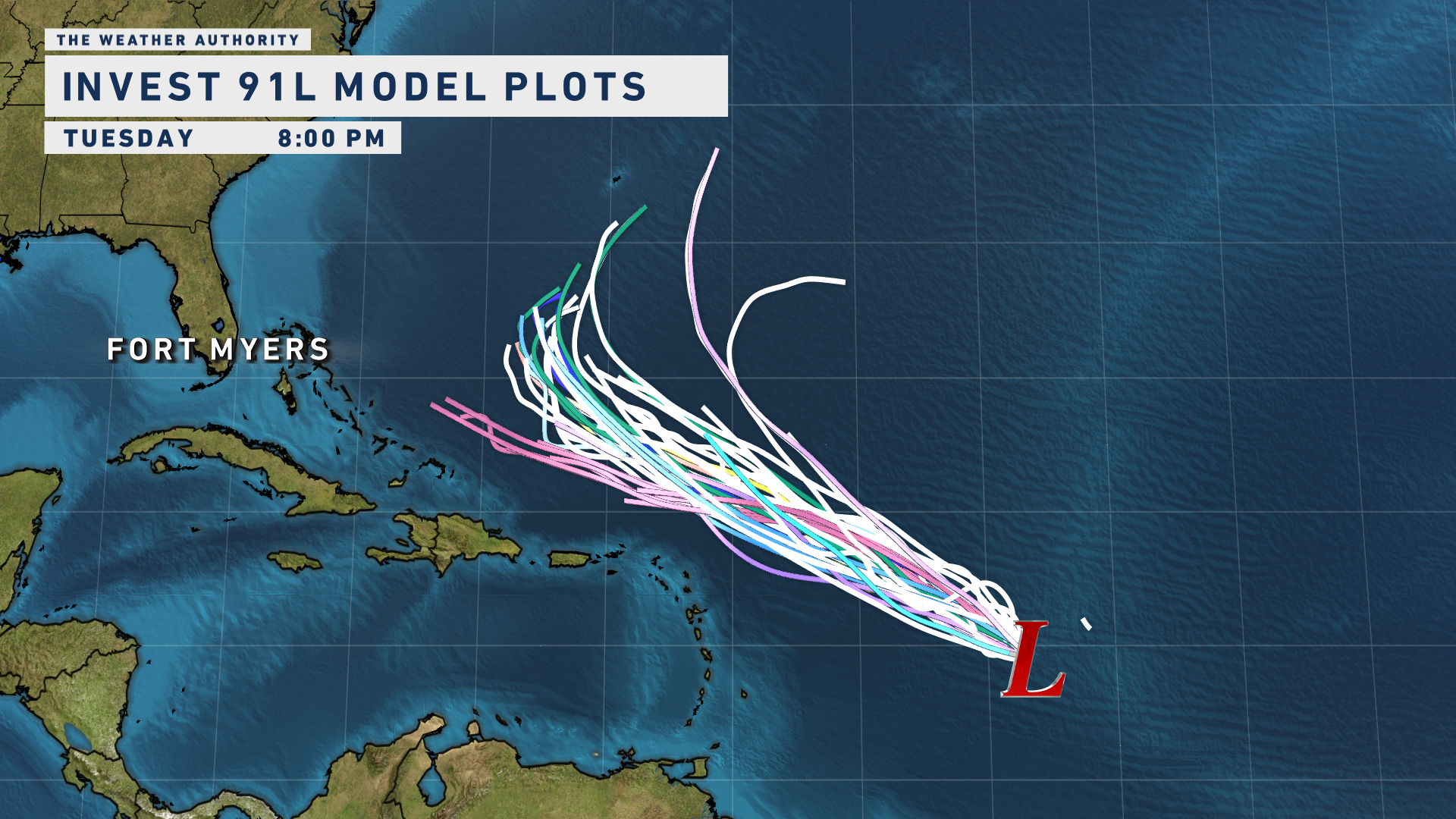 You can thank a dip in the jet stream that’s expected to develop over the eastern United States Labor Day weekend, which will break down the Bermuda high and open an alleyway out to sea for Invest 91L. 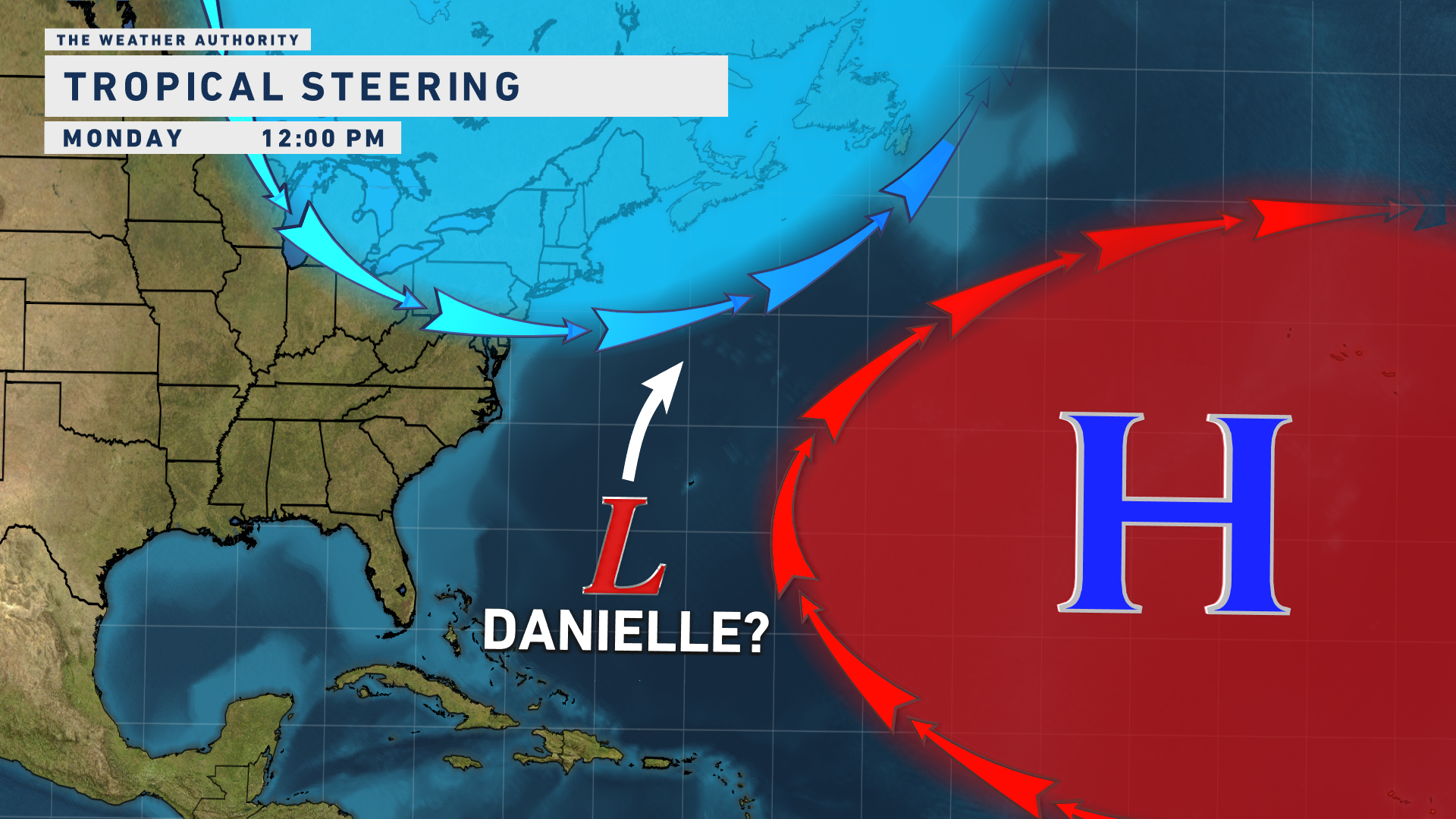 The National Hurricane Center gives it a medium chance of development as it moves westward into the tropical Atlantic over the next several days.

However, the pattern strongly favors a track out to sea with this disturbance too. 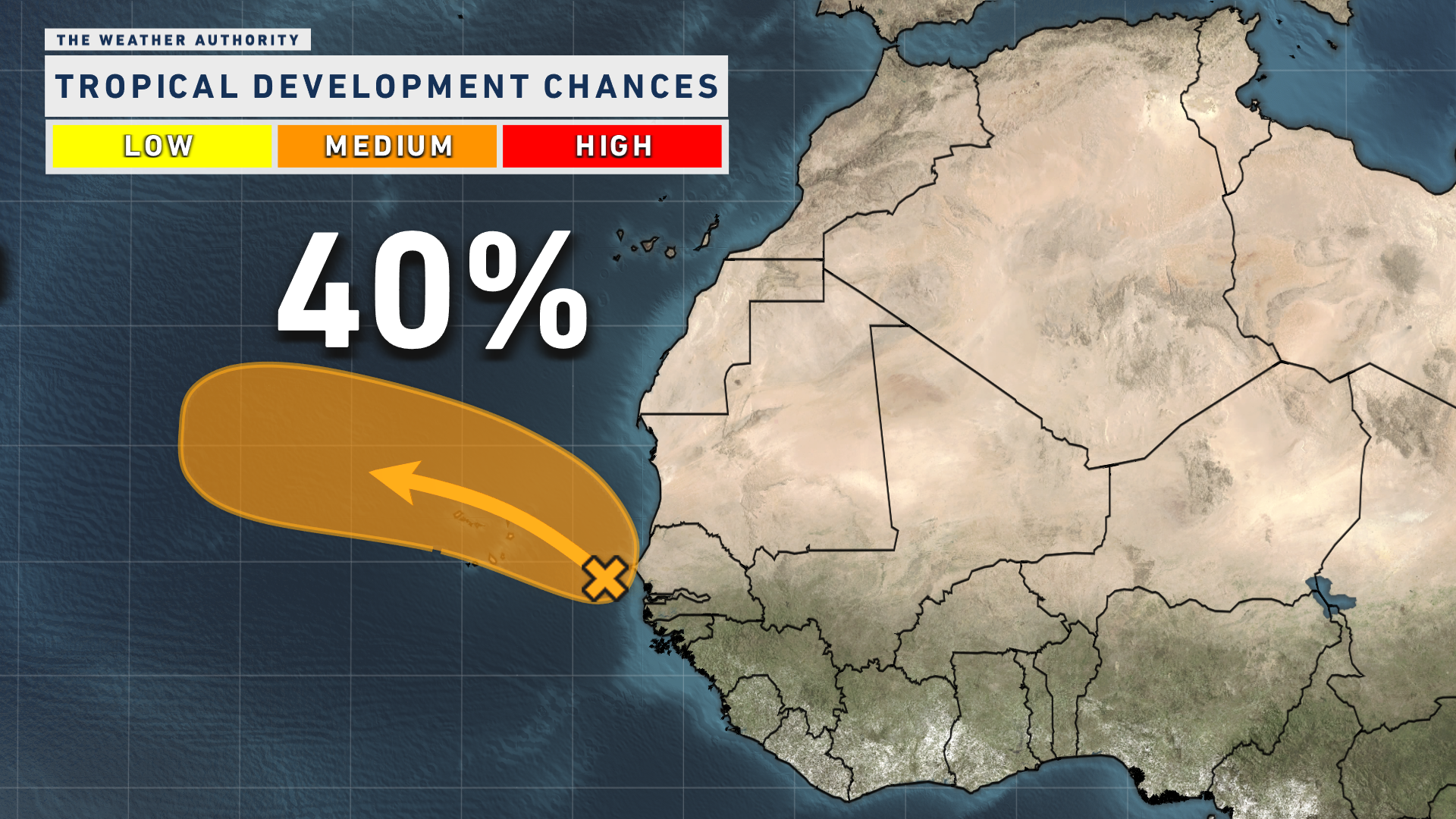 The Weather Authority is keeping an eye in case something changes, but for now, Labor Day weekend is looking stress-free in the tropics.