After seeing three named storms form in the Atlantic through early July, the tropics have been dead quiet.

Believe it or not, as of Wednesday, it’s been 52 days since we saw our last named storm, which was Tropical Storm Colin back on July 3.

Named storm droughts have happened before in the Atlantic, with the most similar one being back in 1982, but there have been other lulls too in more recent years. 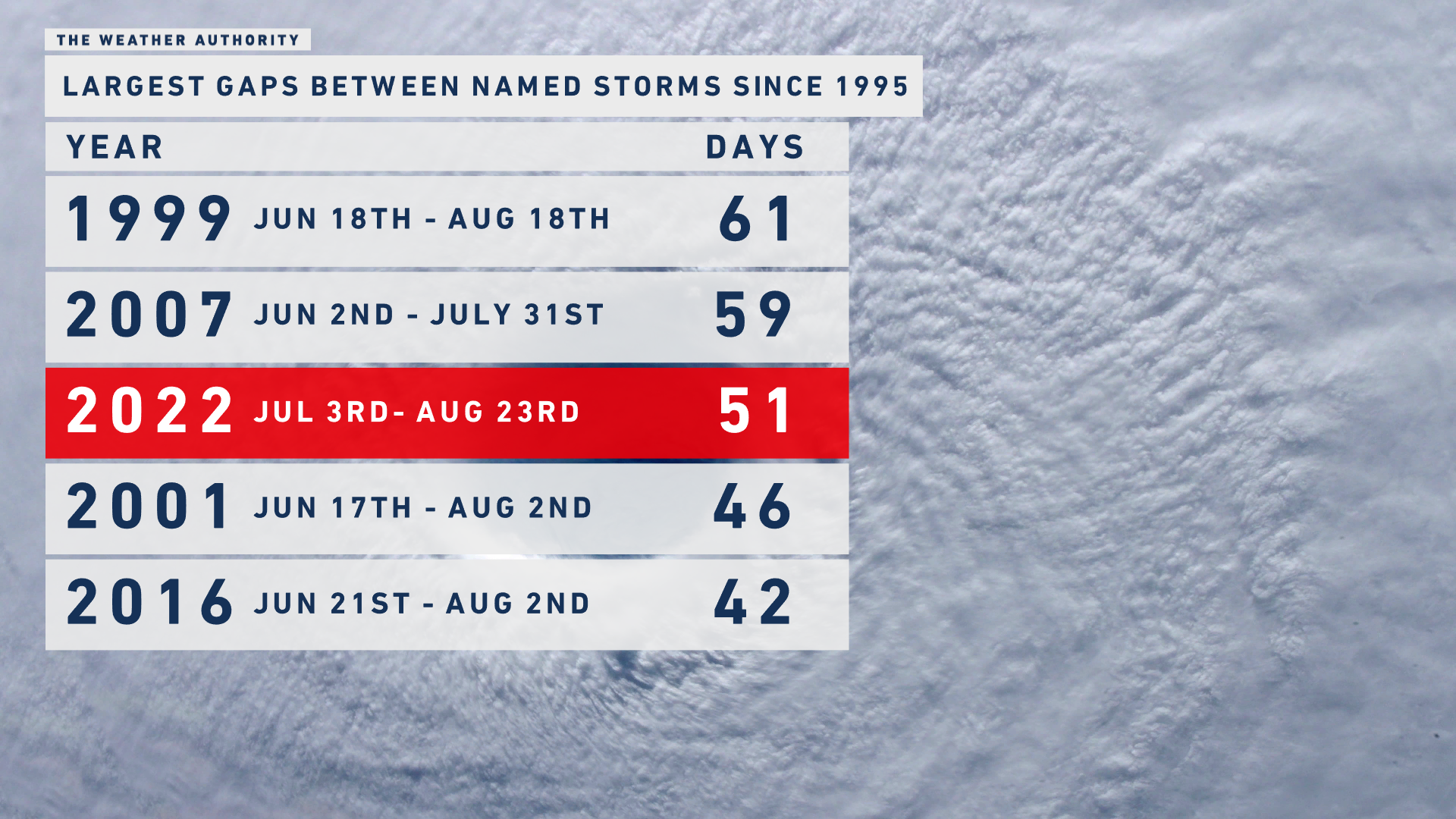 All droughts come to an end though, and signs point to the Atlantic becoming more favorable with the Madden Julian Oscillation (MJO) returning to the Atlantic Basin over the next few weeks, just in time for the peak of hurricane season.

The MJO essentially does two things, it enhances thunderstorm activity with rising air, and lowers wind shear. Both of which aid in hurricane development. 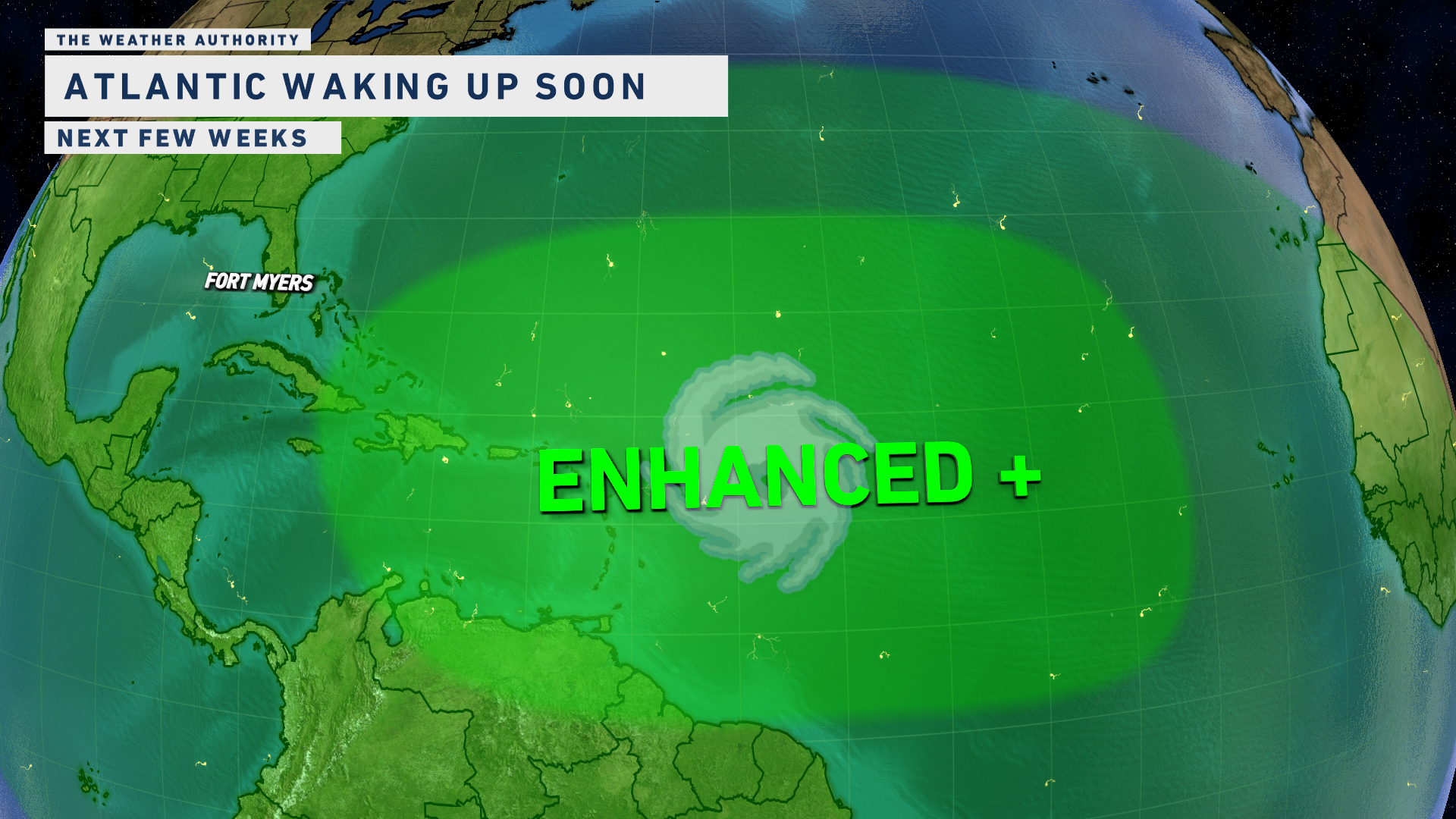 The effects of this are already starting to be felt in the Atlantic with two disturbances to watch. 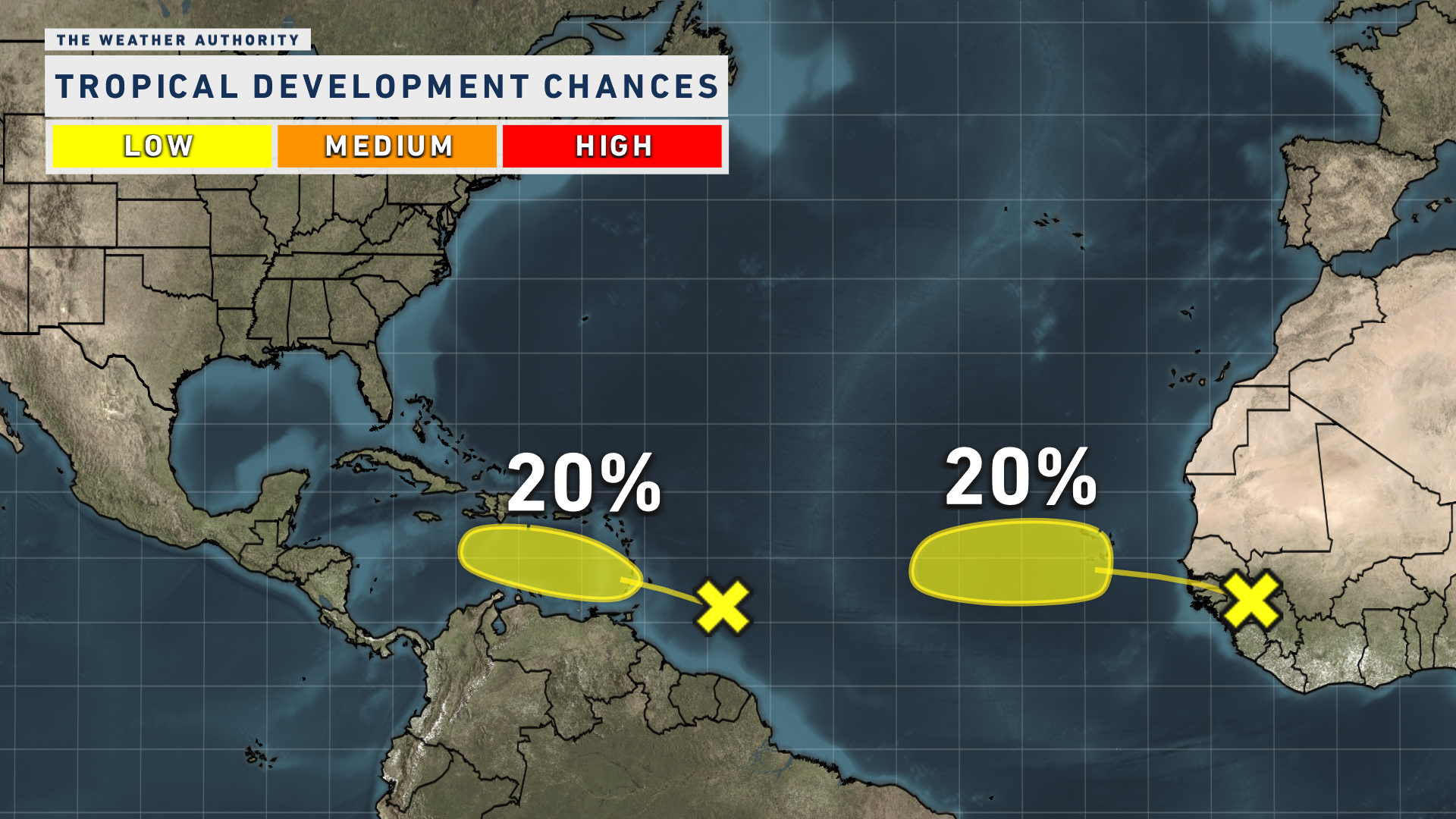 A strong tropical wave over western Africa has a low chance to develop as it moves into the Atlantic over the next several days. It’s a mixed bag from the models on whether or not it does anything, but it’s the peak of the hurricane season and we have to watch every tropical wave.
Closer to home, the NHC is now mentioning the tropical wave east of the Windward Islands. It currently has a low chance of becoming a depression while moving westward into the Caribbean this week, but don’t be surprised if those odds increase with time.
Here’s the deal, conditions look favorable for this to get better organized with time. Water temperatures are plenty warm, wind shear looks low, but there is some dry air that could hinder it. I expect this to generally get steered westward over the next few days but there’s lots of uncertainty beyond that. 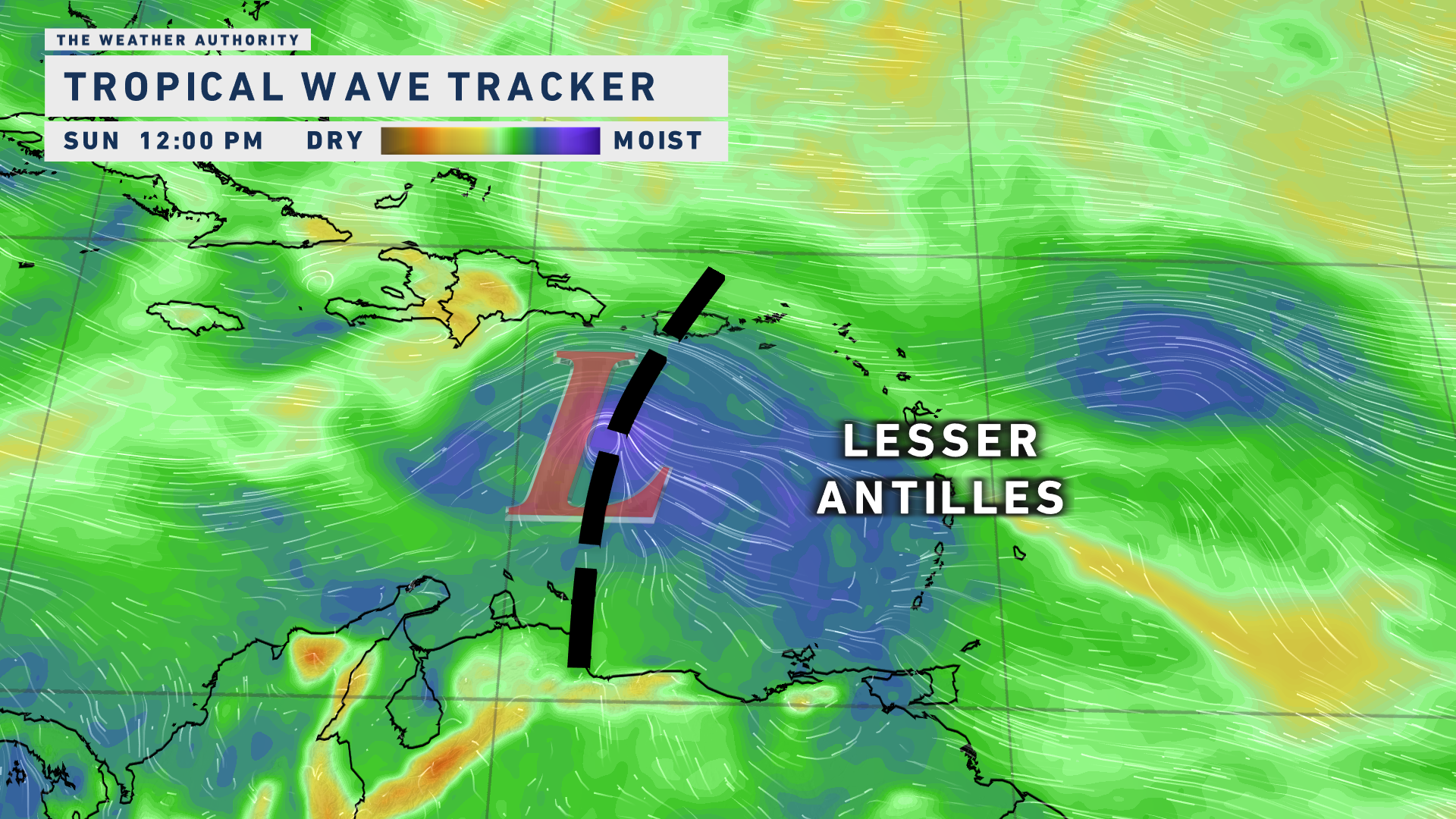 Computer models are a mixed bag with the American model showing development, but the European hasn’t shown much at this point, though its ensembles do signal some potential.
For now, there’s nothing to worry about. But I would keep an eye on this. It’s the peak of the season, and you should have you plan ready just in case. Stay tuned.
The next two names on the list are Danielle and Earl. 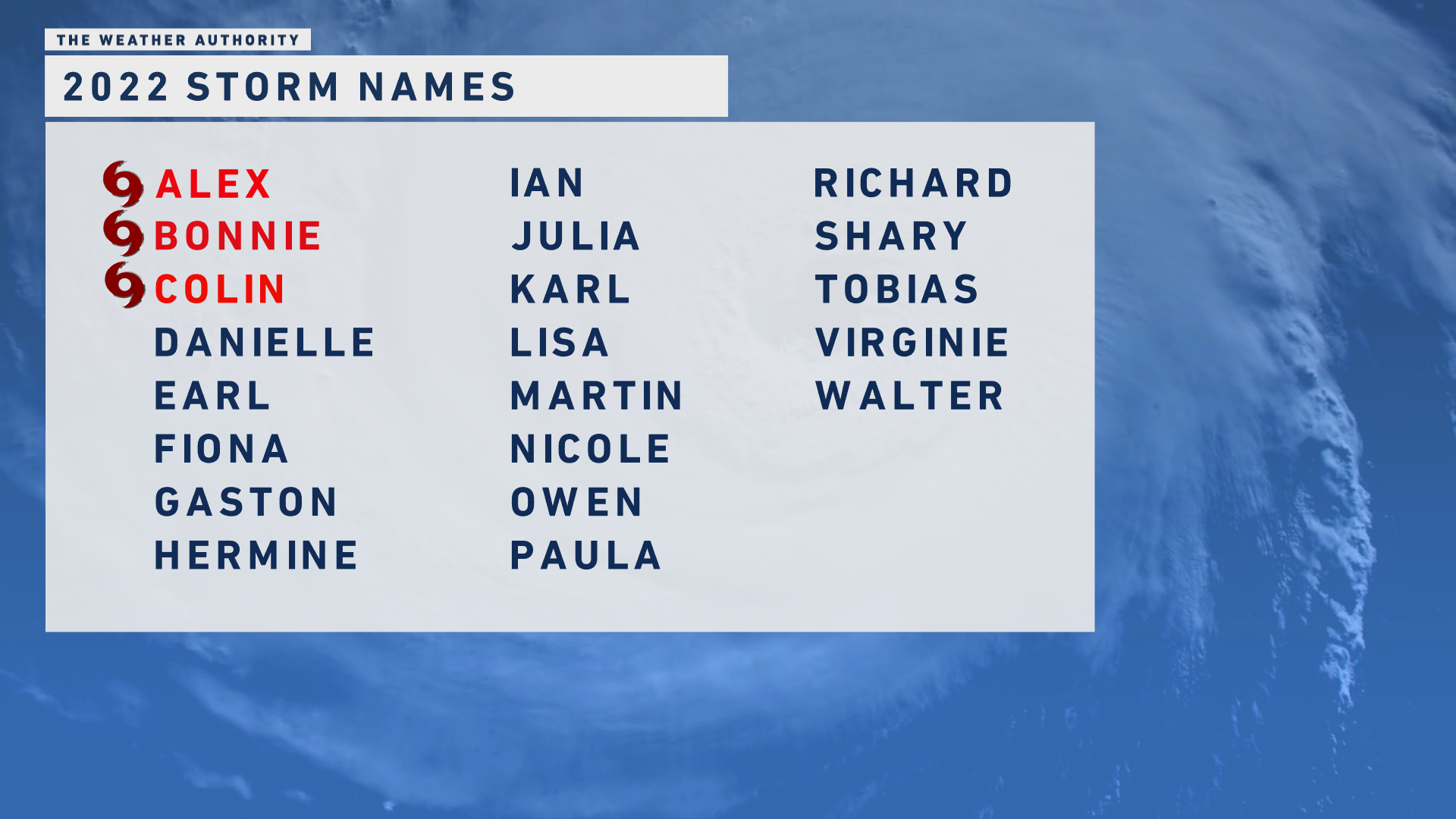 Regardless of what happens, the Weather Authority will be watching.
- Advertisement -
Copyright 2022 Fort Myers Broadcasting Company. All rights reserved. This material may not be published, broadcast, rewritten or redistributed without prior written consent. Do you see a typo or an error? Let us know.