Thousands of Floridians will have the opportunity to legally hunt alligators on Monday during the official start of Florida’s statewide alligator hunting season.

The parts shaded red on the map below show you where you’re allowed to harvest the predators if you have the proper permits. 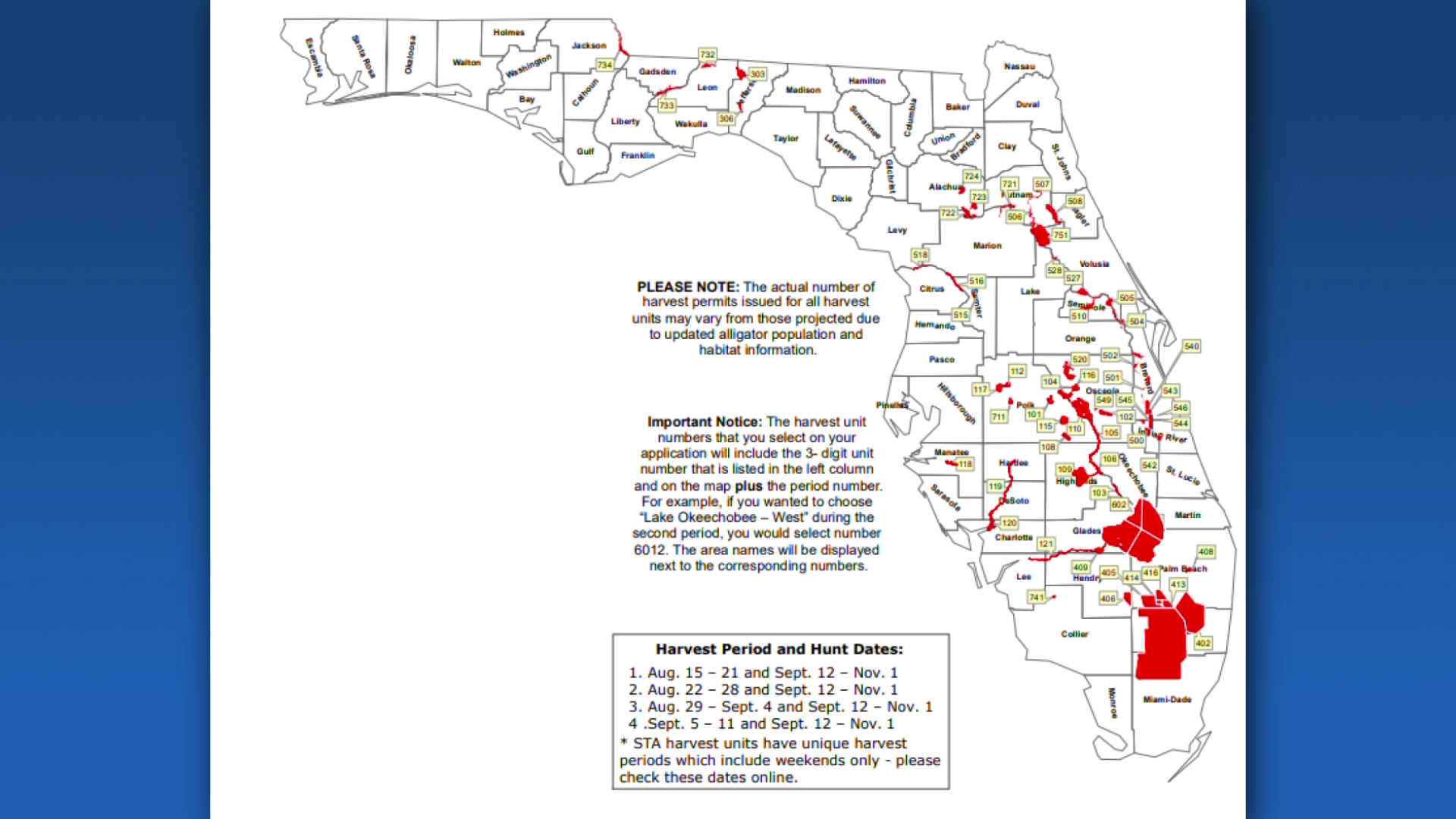 The statewide alligator hunt is quite sought after and is a limited entry hunt. It is meant to control the alligator population in Florida.

The state’s alligator population was included on the original federal endangered species list in 1967. Now, there are an estimated 1.3 million alligators across the state.

According to the Florida Fish and Wildlife Conservation Commission, Florida’s alligator hunt often has more than 15,000 applicants applying for approximately 7,000 permits.

A permit is not the only thing you will need if you want to hunt gators, you will also need your alligator trapping license, and two CITES tags allowing you to hunt animals on the endangered species list. CITES tags for Floridians cost nearly $300, and for out-of-state hunters, they can cost more than $1,000.

“The official wildlife conservation commission established the statewide alligator harvest opportunity, and it’s been largely a successful program and a model program. It is limited to permit holders,” said Meredith Budd, regional policy director for the Florida Wildlife Federation.

Budd wants you to remember a few things to stay safe this hunting season. “Alligator hunting obviously can be very dangerous. You’re working near and around wild animals, and you’re if you’re using a boat, you have to follow Florida boating regulations. There may be obstructions in the water. You always want to make sure that you’re following the posted guidelines.”

By the end of the statewide alligator hunting season, permit holders must report their harvest using an alligator harvest report form found on FWC’s website.

The alligator hunt will run from Monday until November first. Visit the FWC website for approved methods of harvesting alligators.