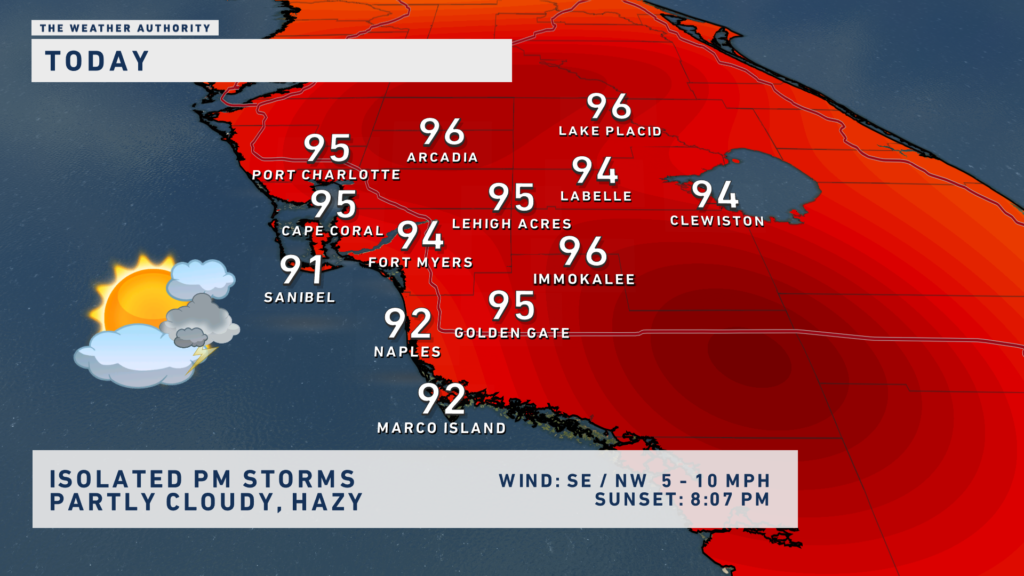 High temperatures will reach the mid-90s under partly cloudy skies. Ample humidity will make temperatures feel like the triple digits during peak heating.

A thick plume of Saharan dust will initially give the sky a hazy look. By the afternoon and evening, expect significant improvements in the air quality as the dust slowly lifts out of Southwest Florida. 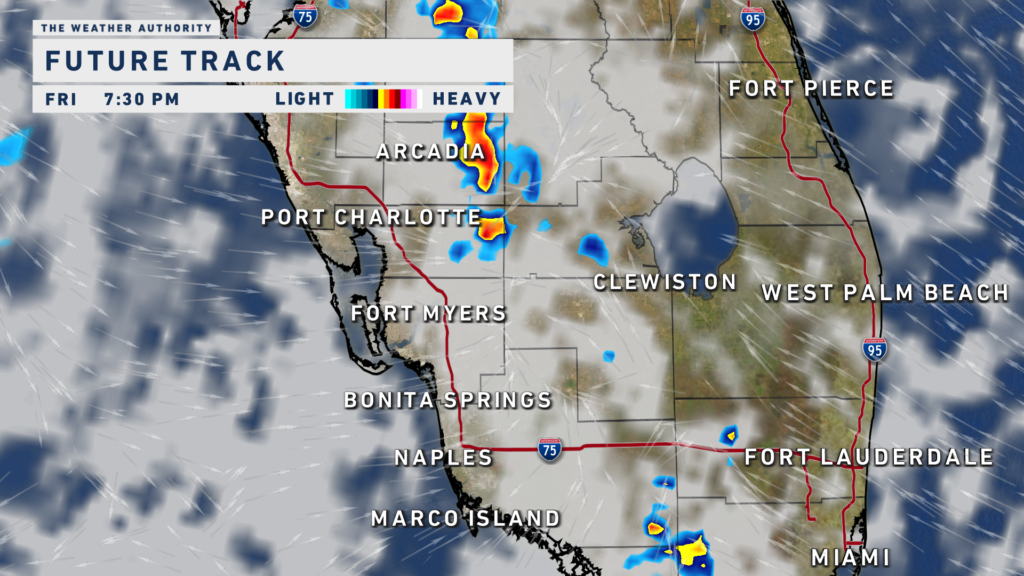 Isolated storms will form across the WINK News viewing area after lunchtime. Severe storms are not expected, although gusty winds and lightning will be possible with the strongest of these thunderstorms. After sunset, only a few stray showers may linger before fizzling out around midnight.

Boaters will have fantastic conditions on the water. Only light chop in our bays and 1- to 2-foot Gulf wave heights are forecasted.

The tropics are largely quiet, with the exception for a broad area of thunderstorms in the northern Gulf of Mexico. The latest National Hurricane Center update is now giving this a 10% chance of developing into a tropical system. Regardless of development, this will not be an issue to Southwest Florida and will just be a rainmaker to the southern and central portions of the Texas coast. 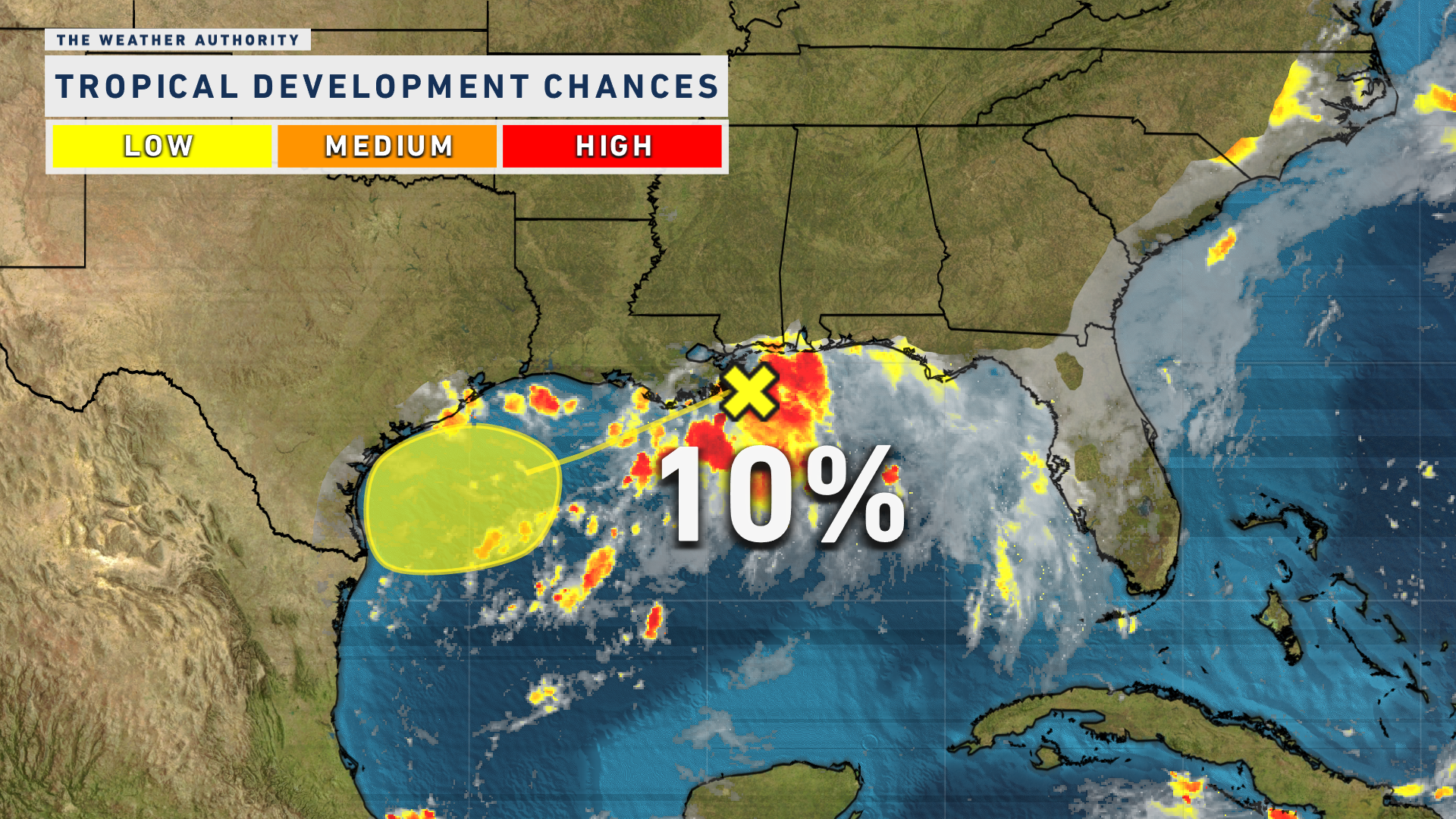 No named storms are expected to form in the Atlantic over the next five days. It has now been 40 days since our last active tropical storm, Colin.