Daniel Marquez has become a household name, and for one of the worst reasons. The 10-year-old is accused of threatening violence at his school.

Daniel told the Lee County Sheriff’s Office and WINK News he never made a threat—real or fake. He said the text he sent to a friend was only a joke.

The State Attorney’s Office offered him a deal to prevent a trial but the family declined.

The family said prosecutors can’t repair the damage done by LCSO and Sheriff Carmine Marceno on social media. So, they’re going to court to fight back to prove Daniel’s innocence.

Investigative Reporter Céline McArthur has been leading the coverage on this case and details what happened inside and outside the courtroom.

This story has quite a few twists and turns. First – Daniel’s lawyer, Douglas Molloy, has now quit the case.

Molloy informed Daniel’s father, Dereck Marquez, about a week ago in an email provided to WINK News by the family. Molloy bottom lines his decision, by claiming the family “started making demands and stopped trusting any work I did on Daniel’s behalf.”

We asked Molloy to explain what he meant by that. He wouldn’t elaborate on the email, but after the hearing, he sent a statement that reads in part:

“I do not agree with or condone law enforcement action regarding Daniel’s arrest. My withdrawal from the case has nothing to do with that.” He adds, “It was to have Mr. Marquez get the representation necessary for his view of the case and what is best for his son.”

“This is a family without a lot of means. And, and they’re facing, you know, the immense power of of the, the local sheriff and the local prosecutor,” Bartning said. “I think that boy needs help. You know, he needs all of our help.” 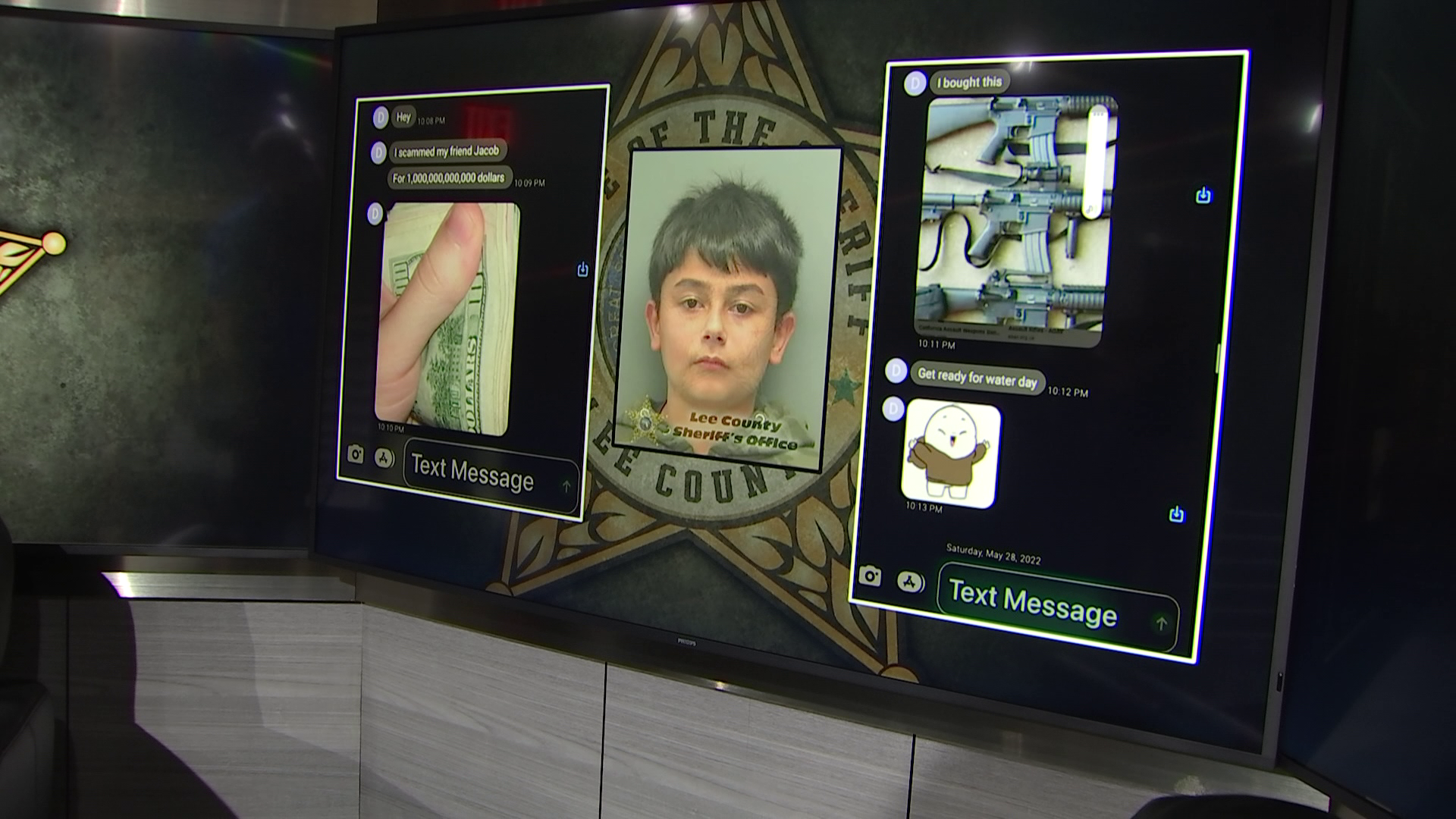 It was also one day after WINK News broke the story that FAIR submitted a request to the United States Department of Justice to investigate LCSO for how it handled this case.

The timing of the data extraction surprised Daniel’s father, since he said he never saw a search warrant.

We asked Molloy about the warrant as he was leaving the courtroom. He wouldn’t talk about it.

“I’m assuming that they did their job and have a search warrant dated from before the 20th, or the 20th,” Dereck said. “If not, then I don’t know.”

We asked the state attorney’s office if we could get a copy of the warrant. WINK was told no since it’s a juvenile case. We asked if they could confirm there was a warrant. They said no.

Bartning said he’s shocked the Marquez family is having trouble accessing evidence, including the full contents of Daniel’s phone, so they can build his defense.

“There’s just a strange withholding of evidence from the family,” Bartning said. 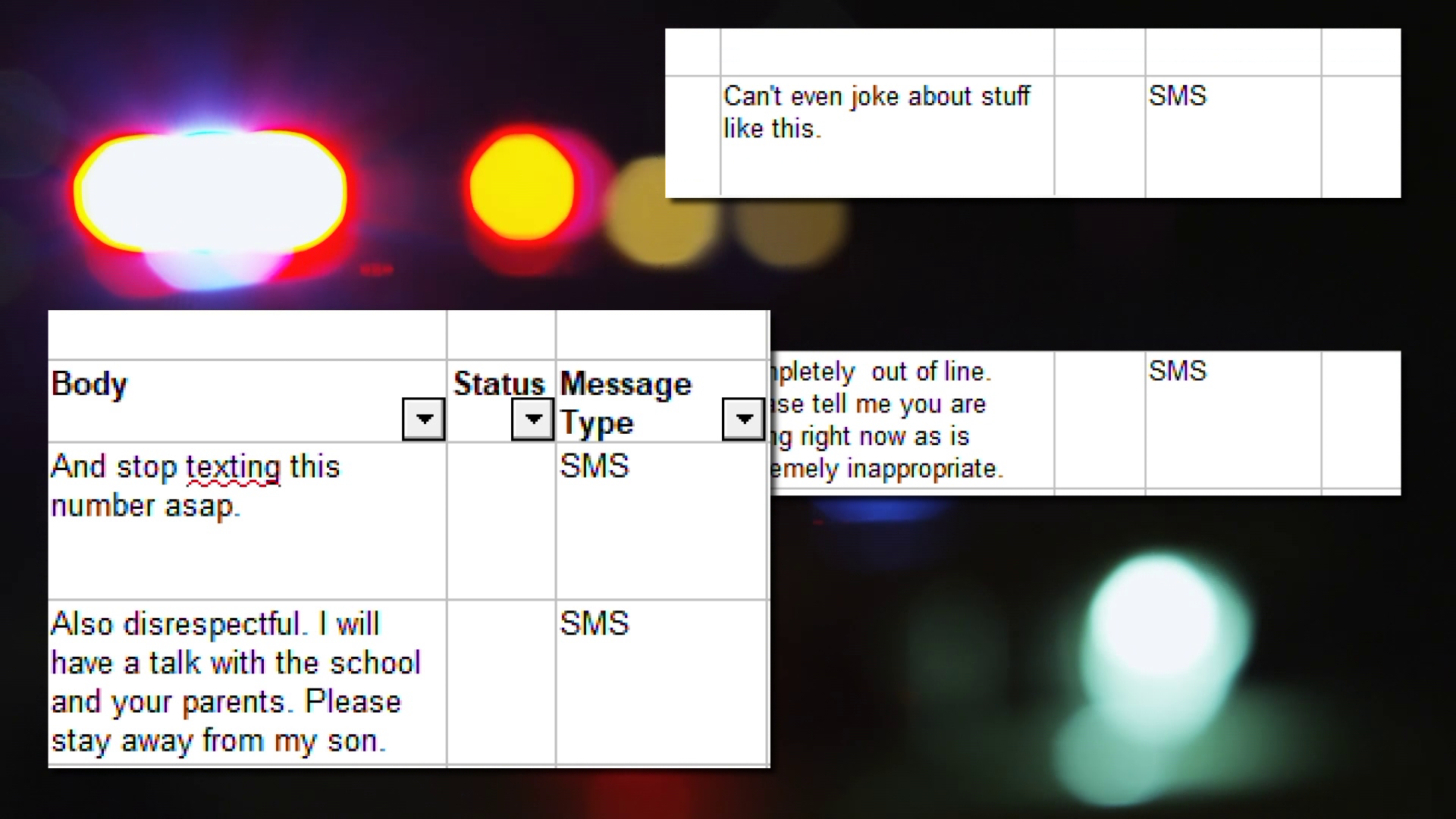 Here’s some of the data pulled from Daniel’s phone. What’s new is the response to Daniel from the father of boy he was texting. He said:

“Completely out of line. Please tell me you are joking right now as is extremely inappropriate. ”

The father responded with:

“Also disrespectful. I will have a talk with the school and your parents. Please stay away from my son.”

“And stop texting this number asap.”

We asked Dereck if that father had ever called him.

“No, never,” Dereck said. “And I gave him my personal number to reach out before the Sheriff’s came because he felt that was inappropriate, and I wanted to talk to him to explain.”

Jim Derrane is a retired FBI agent with 20 years of experience at the Bureau. Derrane isn’t involved in Daniel’s case but is following it. He has concerns about the investigation, including the recording—we first brought you—of LCSO deputies interviewing Daniel minutes before they arrested him.

“Daniel seems like a kind of naïve boy, and you know, he did something stupid and it’s really costing him his future, potentially,” Derrane said. “The worst thing for me is, it’s just the superficial and cursory nature of this entire investigation. And I don’t like to call it an investigation. It was a complaint, an interview and an arrest.”

Derrane added, “That kind of shows to me their minds were made up. They were checking the boxes and they had the plans to arrest him when they went there. I am all for justice and ensuring that the public is safe, but justice comes with responsibility and doing it the right way. Justice is not a knee-jerk reaction, absent emergency circumstances. I just didn’t see any emergency circumstances here that would warrant this. If they’re doing it based on three texts, then I think that’s an egregious misuse of justice.”

Bartning said FAIR will continue to support the Marquez family.

“We are with them all the way. Yes. And until he is proven innocent, not just in the court of law, but in the court of public opinion, which I think in these days is, in some ways, more important,” Bartning said.

Daniel is scheduled to be back in court on September 29th. School begins in a week. As of now, Daniel’s academic future is uncertain. The Lee County School District said privacy laws prevent them from disclosing potential disciplinary actions. Daniel could face no punishment. He could be expelled for a year. He could also be sent to the alternative school, Success Academy, for anywhere between 45 and 180 days.

WINK News reached out to LCSO to find out about the warrant and the investigation. There has been no response as of the time of publishing.

You can see more of Celine’s coverage on this case here: