When will the Atlantic wake up?

It’s been nearly a month since the the last named storm formed in the Atlantic Basin, with Colin passing along coastal portions of the Carolinas in early July.

Since then, the Atlantic has gone into a deep slumber, with strong wind shear, dry air, and Saharan Dust shutting down the basin. It has been 30 days since the last named storm, but these lulls in activity are not uncommon this time of the year. 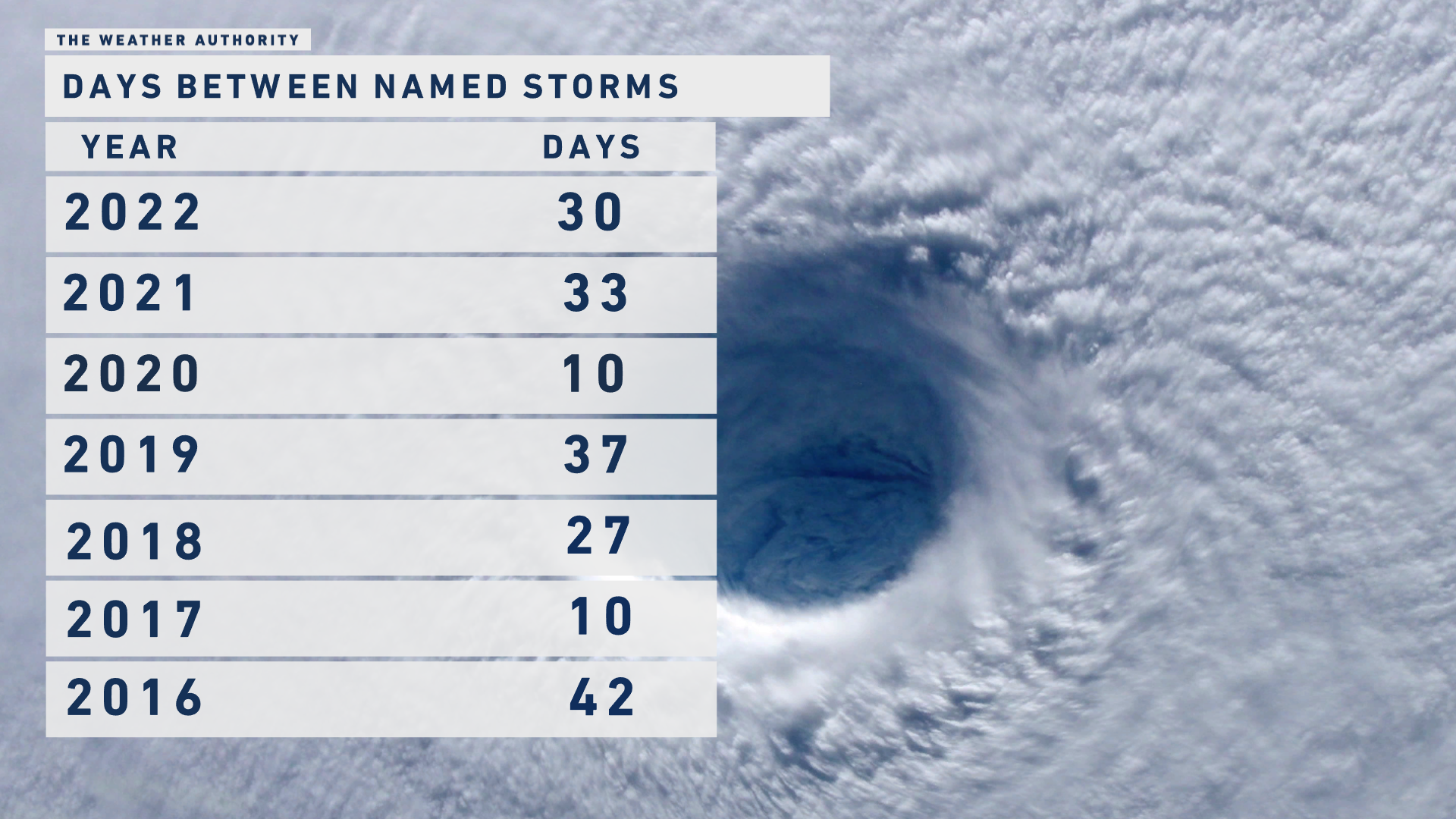 The Atlantic has had three named storms form so far this hurricane season. The third named storm typically forms by August 3rd according to 1991-2020 climatology, so we’re right on track. 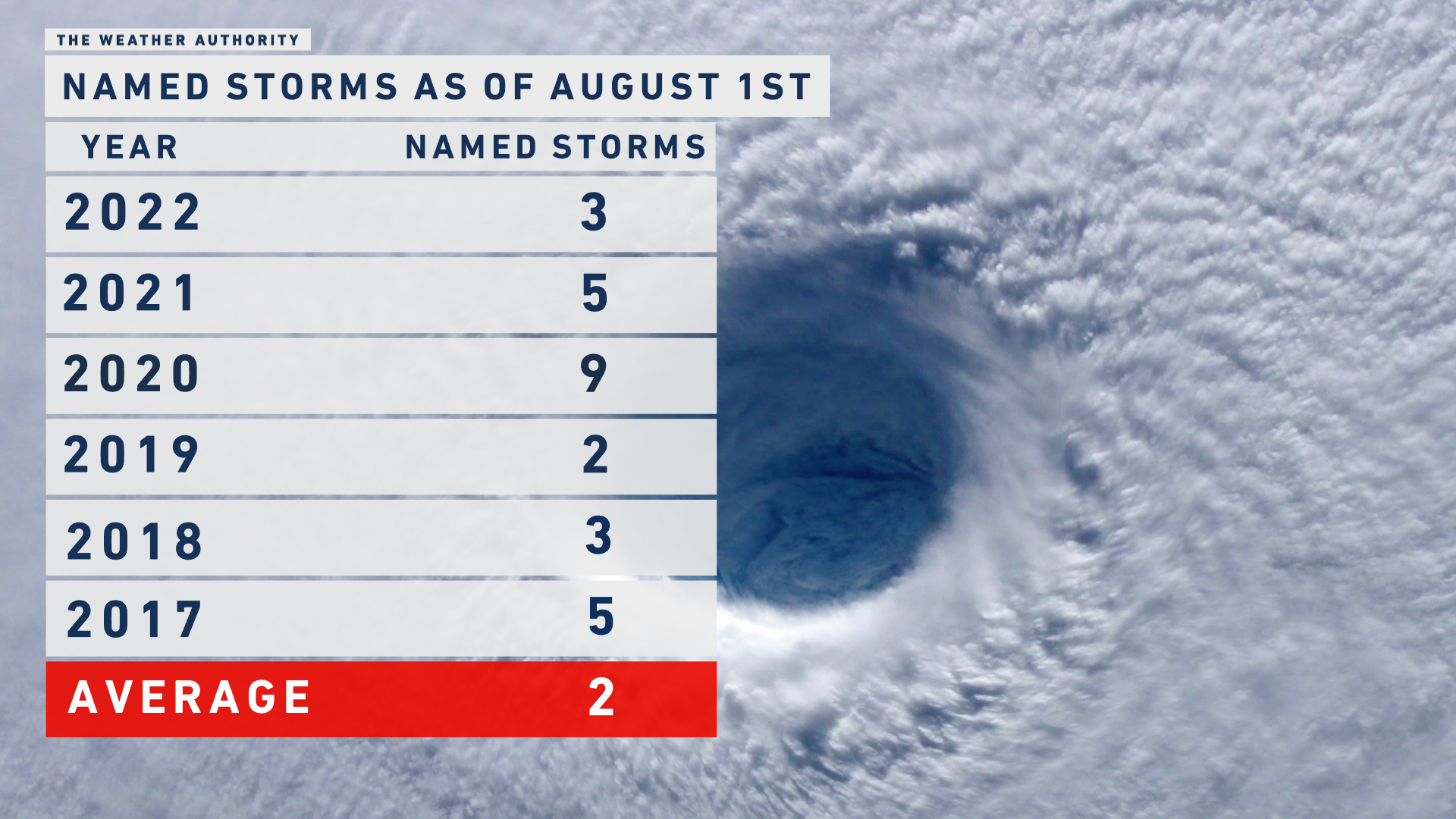 Tropical activity usually ramps up dramatically starting in mid-August, with the peak of the Atlantic hurricane season coming in the first half of September. Statistically, we have a long way to go with over 90% of the activity remaining. 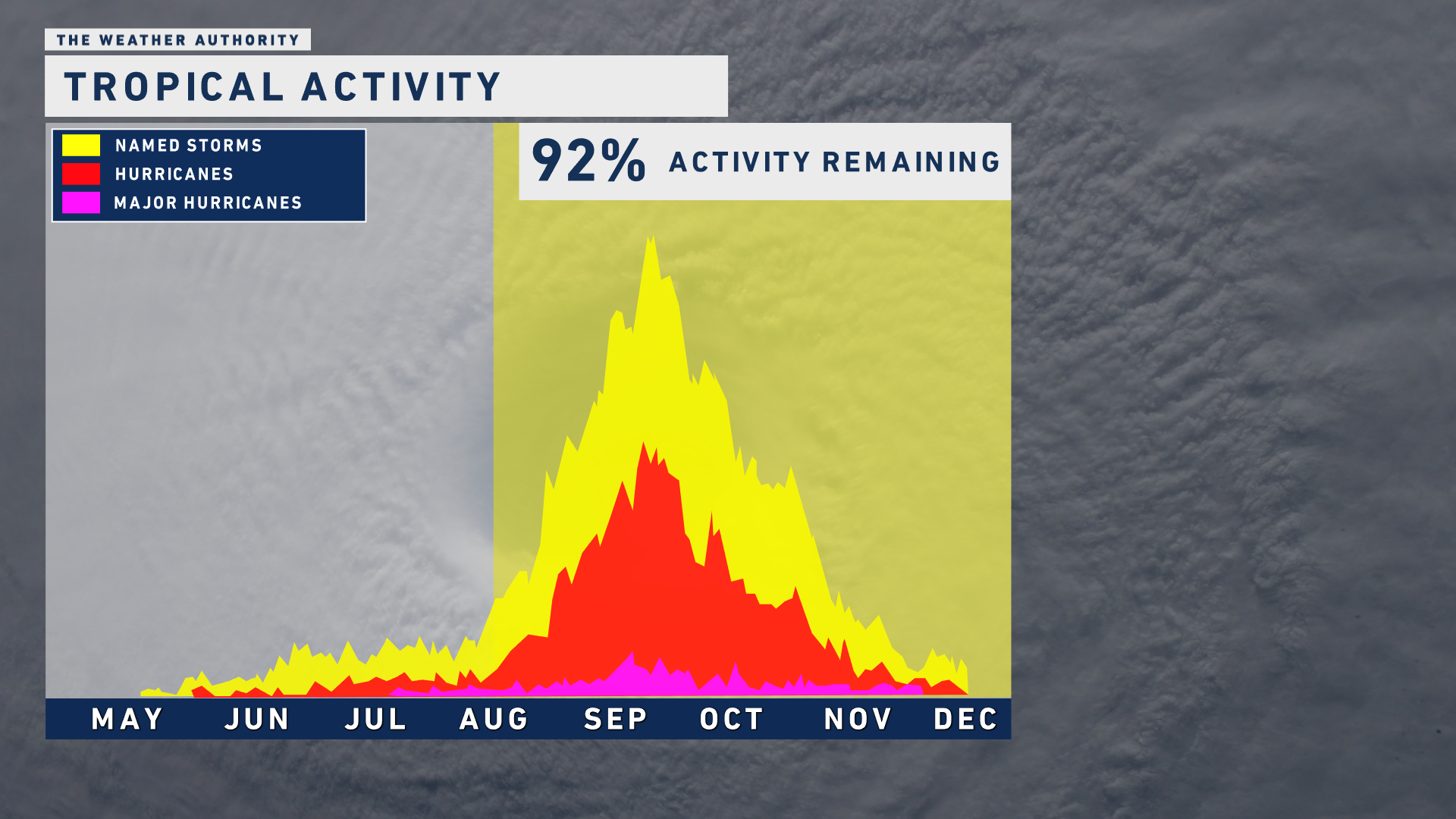 During the month of August, activity rapidly ramps up across the Atlantic Basin. Most notably, the Cabo Verde hurricane season gets cranking as strong tropical waves exit Africa and develop while moving westward across the tropical Atlantic. 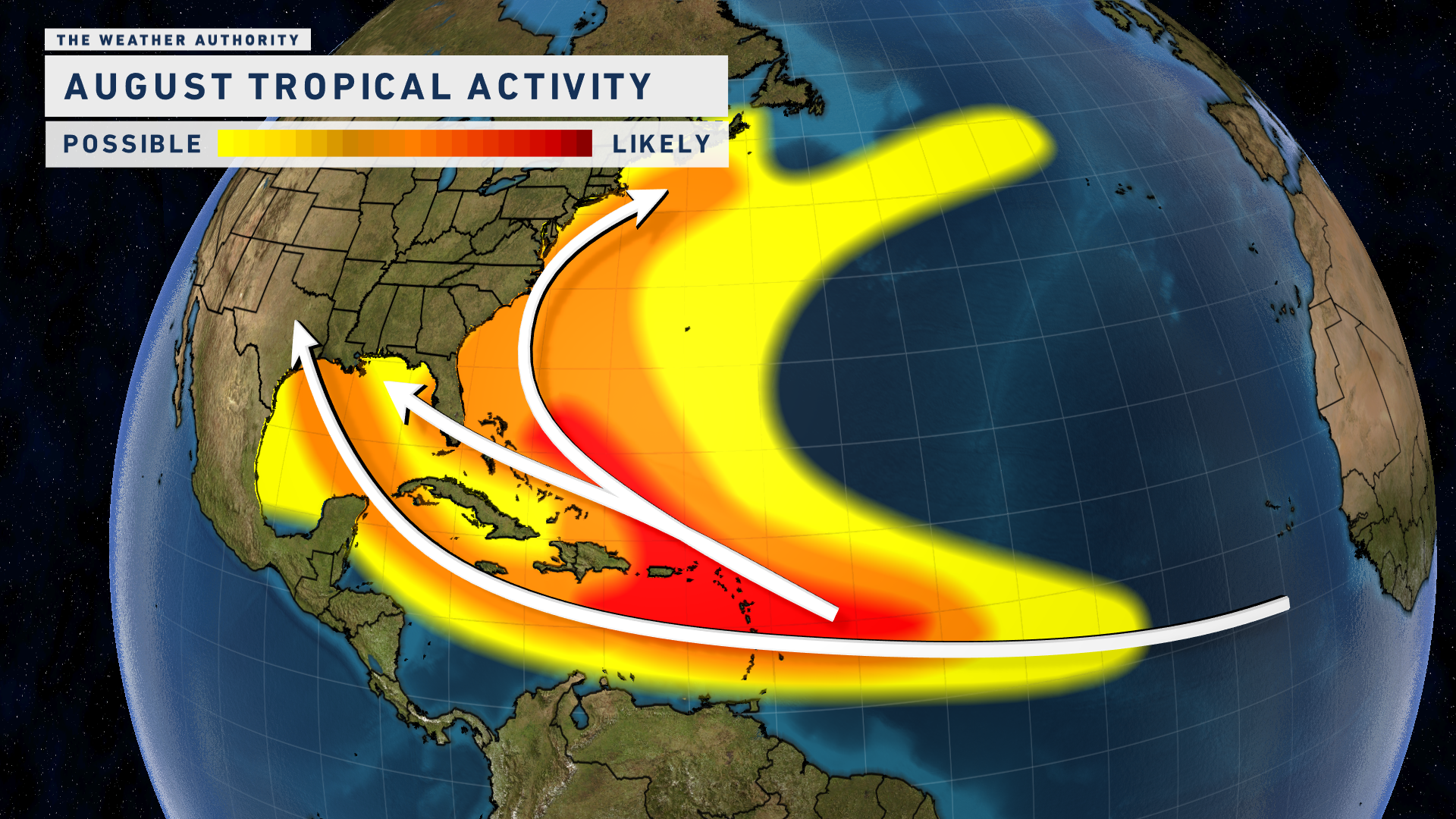 Tropical waves are the seeds that eventually spawn into most major hurricanes, so these disturbances must be warily watched as we approach the peak of the hurricane season. 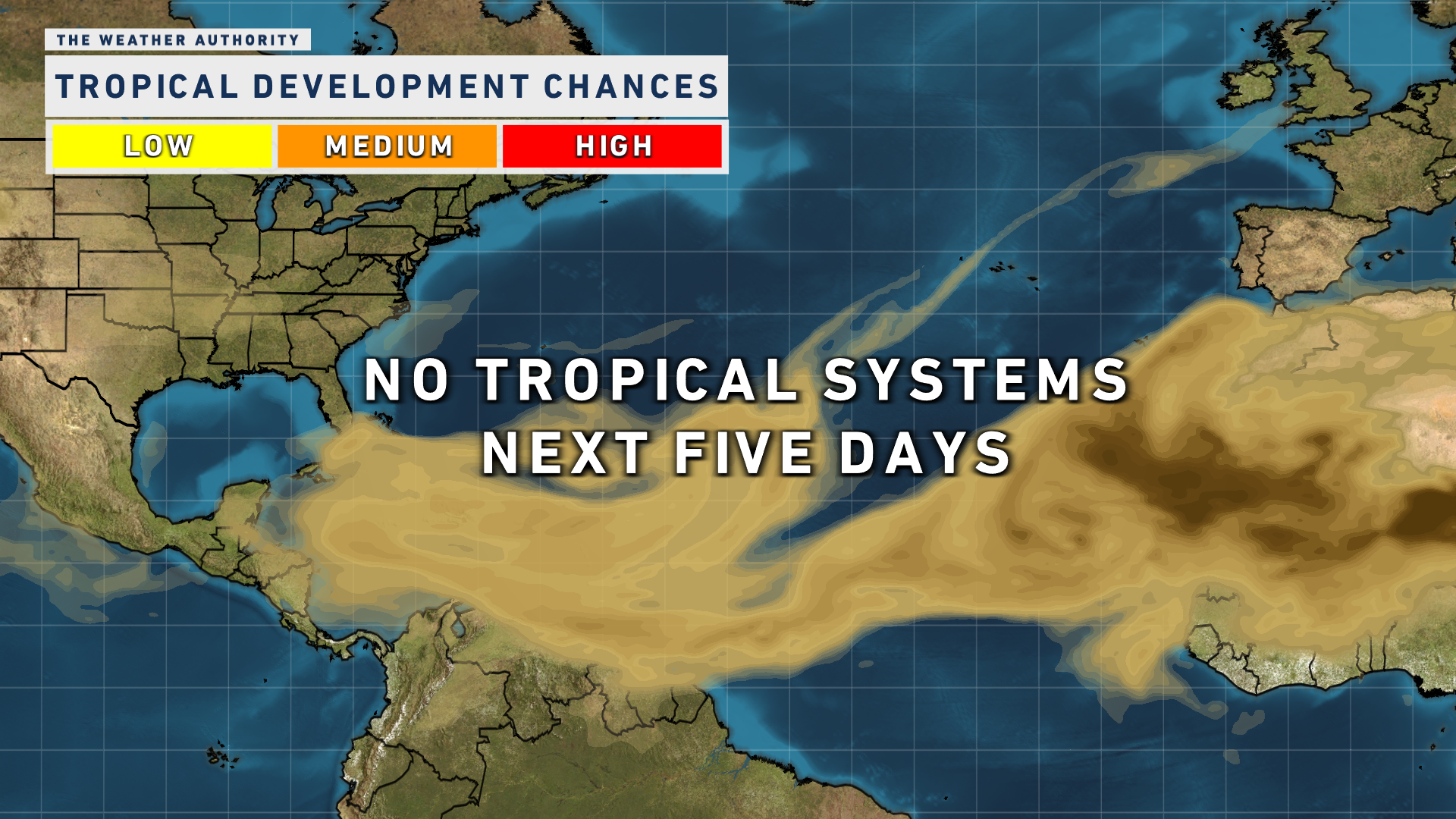 The tropics are dead at the moment, with dry Saharan dust choking tropical waves, and preventing them from getting better organized. Computer models strongly signal things staying quiet for the next week. However, there are some hints that the Atlantic will wake up from its long nap mid-month as conditions become more favorable for tropical development. We’ll enjoy the quiet for now, but The Weather Authority is ready for when things pick up.