The Spirit of ’45 Day is officially August 14 honoring the date known as the official end to World War II on August 14, 1945.

Lt. Col. Donald Longer has never spoken about his decorated military career on television until now. At 103 years old, Longer served in World War II, Korea, and Vietnam dedicating 29 years of service to the United States Army and Air Force. 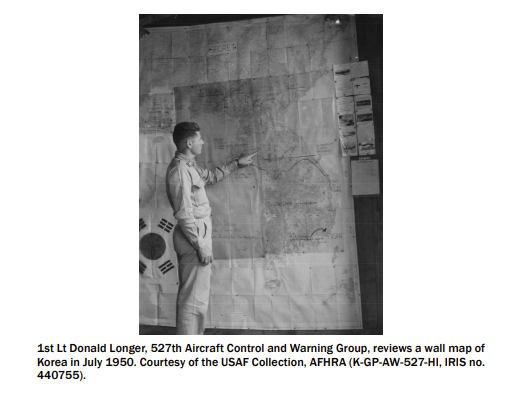 He wrote out his military career to the best of his memory in 1996. His 29 years of service typed onto a mere 14 pages.

Lt. Col. Longer sat down with WINK News to talk about his experiences for the first time on camera.

“We departed the U.S. on the 18 of November 1944 and arrived in New Guinea on the 16 of December 1944. I met my brother Jack unexpectedly aboard the Navy troops transport ship. We were able to spend one night at Belvidere. It was there that we were told our brother William was killed in an accident on the 31 of November 1944 in Belgium,” read Longer from his biography.

Longer said he doesn’t remember much about the last night he spent with his little brother Jack. Only the grief they shared learning of the death of their brother Bill.

“We sat and talked I guess all night. Almost all night,” said Longer. “When I got back, I found out that Jack had been sent back to combat and was killed in Batangas Philippines. That was quite a shock.”

Longer was the oldest of the three brothers.

“To be honest about it, I’ve never looked back,” he says.

Jack and Bill’s deaths 78 years ago helped to define Don’s life while he wore our nation’s uniforms for 29 years.

“I don’t go to war movies. I don’t read war books,” said Longer. “You know combat carries with it some terrible feelings for your body. I used to smile a lot. I don’t after the wars. It changes you. Some people it changes more than others.”

Don knows the facts of life and death and he doesn’t mince words.

“Almost all of us are gone. I think about the guys that I served with occasionally. When I left to go to pilot training a good friend of mine took over my platoon. He was the first one killed in Germany,” said Longer.

When he allows himself to think back on his time in uniform, he has mixed emotions.

“I guess we could justify being in Europe. We were the last hope for the Europeans,” said Longer.

When he considers Korea, Vietnam, the Gulf War and even Afghanistan he is not so sure war was worth the lives lost.

“I agree with everybody who tries to come up with a way to avoid a war. I support them. That’s probably not very patriotic of me but that is the way I feel,” said Longer.

His century-old wisdom he can express in one single sentence.

Lt. Col. Don Longer shared his story with Lisa ahead of his upcoming speech at the Spirit of ’45 event Sunday, August 14th at Sanibel Harbour Resort Marriott.

There will be a dinner followed by a veterans ceremony honoring our greatest generation.

Lt. Col. Don Longer wrote an autobiography in April 1996, You can read it below or by clicking here.