Hear the last conversation LCSO had with Daniel Marquez, 10, before he was handcuffed

We are now hearing audio of some of the investigation that led to the arrest of a 10-year-old boy, accused of threatening a mass shooting at his school in Cape Coral.

WINK News investigative reporter Céline McArthur has an audio recording of the last conversation Lee County Sheriff’s deputies had with Daniel Marquez before handcuffing him.

The audio recording includes some of what’s blacked out in the arrest report for Daniel. The family got the nearly seven-minute recording from the State Attorney’s Office during discovery and gave it to us.

A detective and sergeant from the Youth Services Investigations Unit interviewed the boy and his father outside their home. They swore Daniel in, and then asked him to explain the texts.

LISTEN to the recording above or read the transcript below.

Daniel: “I just wanted to send it like a joke to my friends. like I said, I sent to like that. It was like, just a joke that I scammed someone for a lot of money. And then I said I thought like, guns with it. It was just a joke, and I didn’t mean it to be… seriously.

Detective Mackereth: “So, um, would you send it via text?”

Detective Mackereth: “Okay. So, where do you get the photos of the guns?”

Detective Mackereth: “Alright, so you just Googled guns and found it?”

Detective Mackereth: “Alright, and then you snipped it or copied it and sent it to your buddy and said you scammed someone?”

Detective Tyler Mackereth then asks Daniel about the end-of-the-year event at Patriot Elementary, known as Water Day. The last text Daniel sent to his friend was “get ready for water day.”

Detective Mackereth: “When you said that scam to your friend, did you mention anything about school?”

Detective Mackereth: “No. Nothing?”

Sergeant Armato: “Did you mention anything about water day?”

Dereck: “So today, I wasn’t sure what he meant by that, because today they had a Cub Scout thing where they have to take a water test.”

Dereck: “Because when they get to the camp, there’s going to be like a pool thing, so I wasn’t sure if that’s what he (inaudible) from.”

Detective Mackereth: “Oh, okay… So, what it’s just to make sure he can swim and stuff like that? Or…”

Daniel runs into the house to get his phone. When he returns, he reads the texts to the detective.

Daniel: (returns with phone and reads) “I scammed my friend Jacob; it was just a fake (inaudible)… ”

Detective Mackereth: “I mean, you can hold it, but.. Wow, for a lot of money.”

(Detective laughs): “So there’s a photo of a bunch of cash. Is that your thumb?”

Detective Mackereth: “Or just a picture from the internet.”

Daniel: “It’s just a picture. You can see here – the search?”

Daniel: “And that one is also a search.”

Detective Mackereth: “And ‘I bought this?’ So, you… okay. So, I bought this, and it’s got basically four long guns, correct?”

Detective Mackereth: “And then a minute later you said ‘get ready for water day?'”

Detective Mackereth then asks about the response Daniel got to his text from his friend’s father.

Detective Mackereth: “Then obviously he got a hold of his son’s phone because then he replied to you, correct?”

Dereck: “I read everything over…”

Detective Mackereth: “And he said, ‘completely out of line.’ You know, it’s his father.”

Dereck: “Again, I didn’t see these messages at all, until he started crying about it. And then I put two and two together and was like, ‘well, I’m going to get a visit from the cops.’ So, I kind of just waited.”

Detective Mackereth: “So, that’s where we’re at.”

Dereck: “Yeah. Completely understand considering the environment that we’re in.”

Sergeant Armato: “Did you send a message to anyone else?”

Detective Mackereth asks Daniel’s dad, Dereck if he has guns in the house.

Dereck: “I do. I do have a concealed weapons permit. I have three handguns.”

Dereck: “I have an A-R, but I don’t have any ammunition. I was building it. Took me forever. I just finished…”

Detective Mackereth: “All right. Usually, in this kind of case, we verify with you guys and just double-check. Uhm…”

Dereck: “But he doesn’t have access to them at all.”

Dereck; “Yeah. I don’t have them out readily available because they’re kids.”

Dereck: Accidents happen and I don’t want, you know, anything to happen to my children or anyone else’s.

Detective Mackereth to Sergeant Armato: “Okay. Do you have anything you want to add? No?”

Detective Mackereth to Dereck and Daniel: “Do you have anything else you’d like to add?”

Dereck: “No, it was just a child and stupid.”

Detective Mackereth: “I hear ya.”

Moments later, Daniel was arrested. Dereck says they told the truth and never thought that conversation would end with Daniel in handcuffs.

“They never mentioned that they were investigating a school threat. They never mentioned they were investigating a potential anything. They just said we have questions. And I felt that if I just answered them, and they would see that everything was in the up-and-up they would say, ‘okay, thank you for cooperating,'” says Dereck.

He adds, “They started laughing when they saw the ridiculous amounts of money, because it was just one with a bunch of zeros, and no commas in between. So, there’s no way for your adult mind to interpret the number. The detectives that were here investigating a potential mass shooting thought it was funny.”

Looking back, Dereck regrets not having a lawyer present during that conversation.

“It makes me feel foolish because I’m a grown man,” says Dereck. “I told my son to give him the phone because again, I feel like there’s nothing to hide. He didn’t do anything wrong. So why not let the officer look with his own eyes that there’s nothing going on? I thought, I thought that would matter.”

Dereck says he remembers that conversation being longer, so I reached out to the lee county sheriff’s office to see if this recording was edited.

LCSO asked us to send the recording, which we did. They responded with this: “this remains an active investigation.”

Sheriff Marceno told WINK News the investigation was over within three hours after Daniel’s arrest in May. That was his explanation for posting Daniel’s perp walk and his commentary on Facebook. 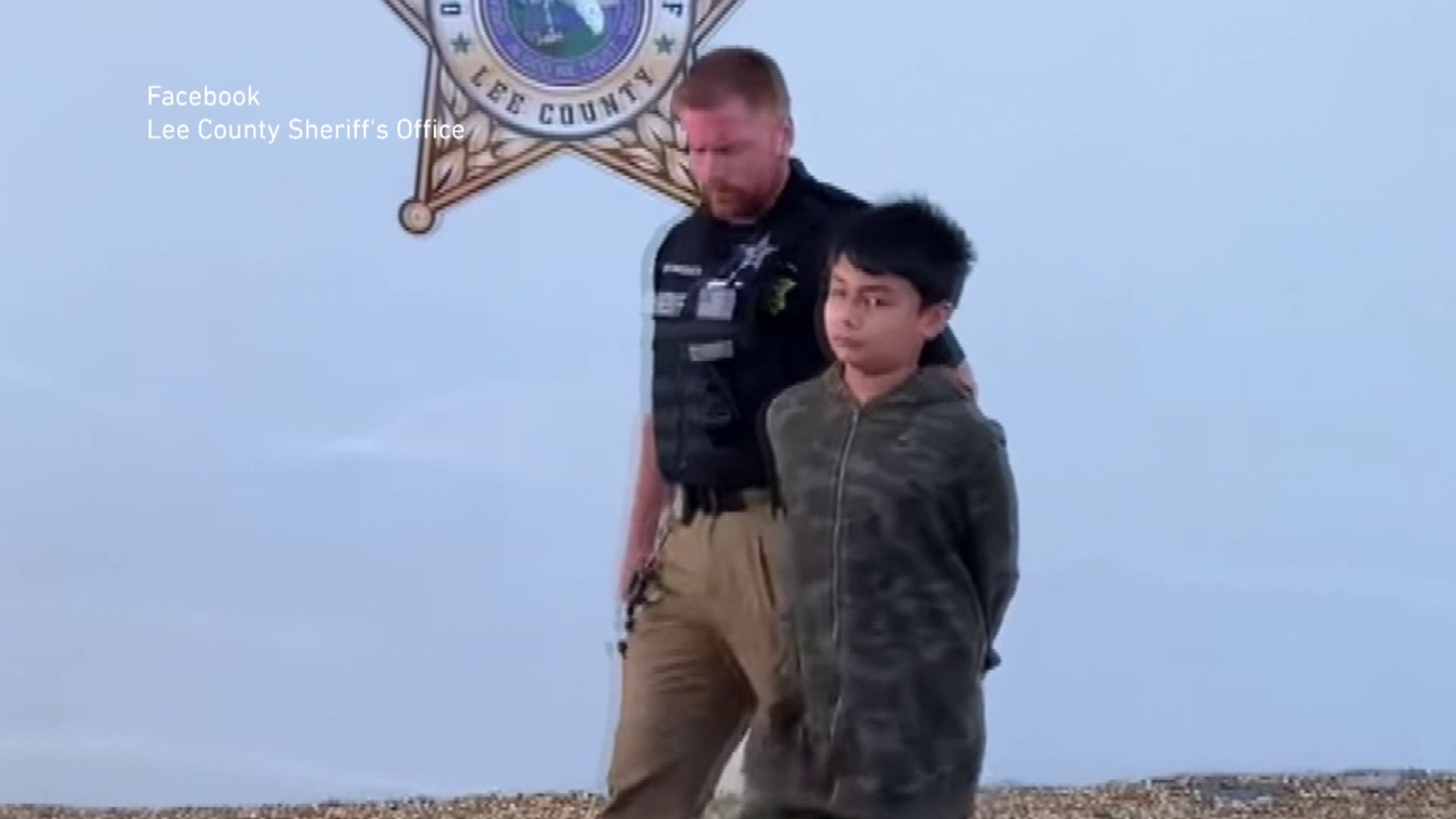 Interview with Sheriff Marceno at LCSO Headquarters on June 22, 2022:

McArthur: “Why, while you’re investigating it, why do that?”

Sheriff Marceno: “Well, that was the conclusion of the investigation. So, he’s arrested, he’s in our custody. He’s arrested for writing threats to commit a mass shooting.”

Dereck says the sheriff’s deputies told him, as they were leaving, they would recommend the diversion program for Daniel. That deal was offered at the last court hearing. Dereck says they can’t take the deal, because he needs to prove his son’s innocence. They will be back in court on August 3.

You can see more of Celine’s coverage on this case here: