A blue kayak paddling through San Carlos Bay sometimes means the Fairy Pod Mother is on the water.

Monica Lynn moved to her home on the bay from Ohio seven years ago.

“Isn’t this place paradise? I mean where can you go to see bald eagles, osprey, manatees, dolphins, rays, sharks, everything,” Lynn said.

The bay along San Carlos Blvd is buzzing with activity daily. From boat tours to kayaking excursions, the natural wildlife is the main attraction for visitors. 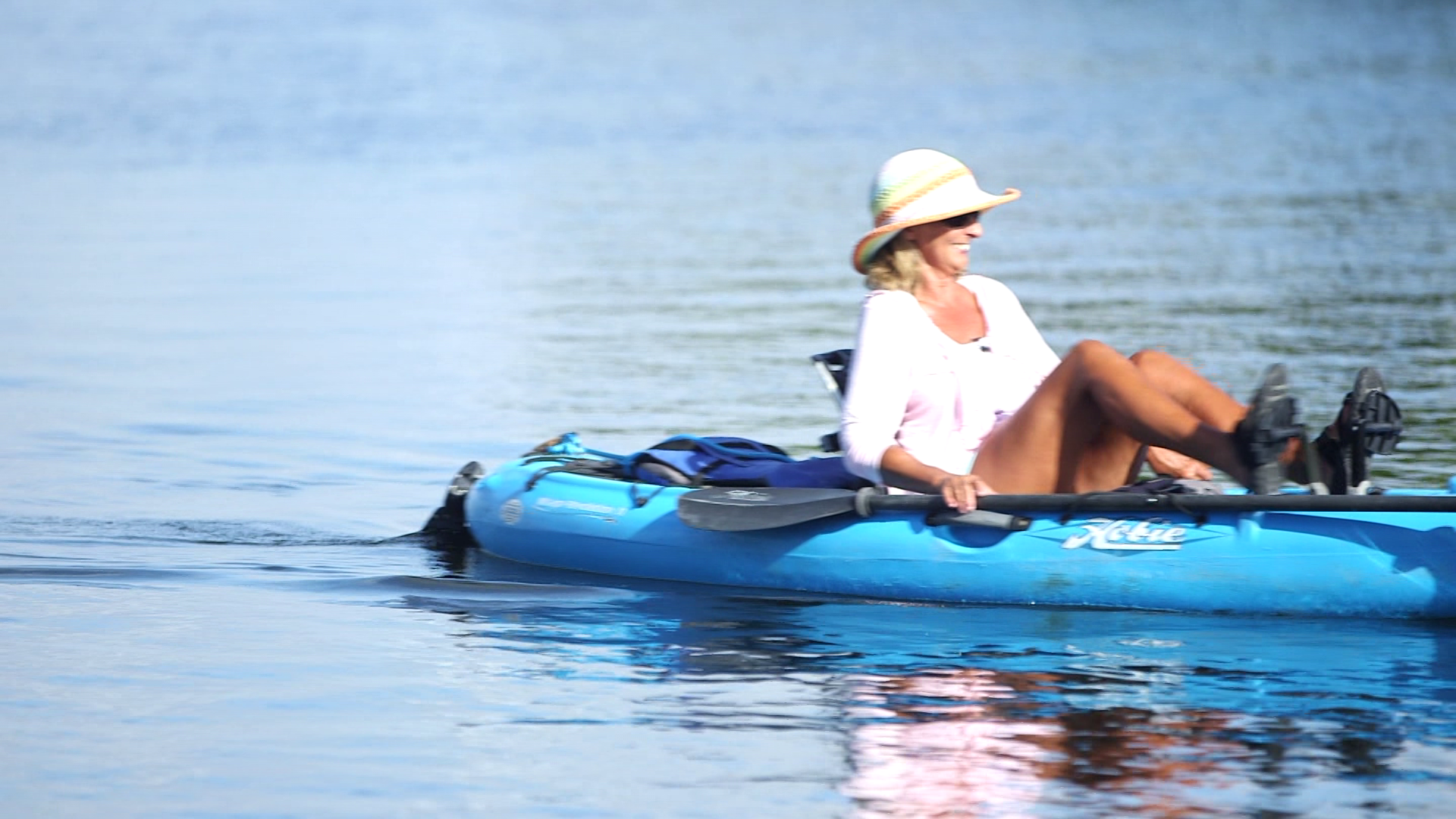 “You think dolphins are the most popular animal arguably in the world. What could be the problem with that? Well it’s all that intense interest,” Lynn said. “When we see them as humans – they are the highlight of our day. We are screaming we are excited we are like yay jump I was guilty of it too. Boaters would say to me the novice kayaker tap on your kayak, clap, whistle, they’ll come to you. So I’m doing all the wrong things and thanks to a neighbor who had just about had it with every kayaker and boat doing that to his dolphins, he corrected me. But the way he did it shamed me and blamed me and I felt bad about myself but he didn’t want to explain to me what I was doing wrong.”

Lynn said after her experience she went home to research what exactly she was doing wrong. She found the guidelines from NOAA, the federal agency in charge of protecting marine mammal life. It is illegal to feed or harass wild dolphins. She created postcards with the following information on the back.

How You Can Help

“It’s how dolphins hunt their prey. So how would a mother with a newborn dolphin feel if a bunch of jet skis are circling to get them to jump. They might jump but it’s not necessarily out of fun,” Lynn said.

Lynn said as an animal rescuer, a hard day sent her to her dock with her dog to quiet her mind when a family of dolphins came swimming to her sea wall. That is when the Fairy Pod Mother came to life.

Now she uses video she captures from her kayak and her website fairypodmother.com to spread awareness about dolphin safety on the water and how to catch the same sightings yourself.

“The best advice I can give is to quiet your soul and just be open out there. We meet each soul, whether it’s a human, a pig, a dog, a cat or a dolphin, we meet them with the best of intentions and do the most good and the least harm, that’s all we can do,” Lynn said. “You can’t control the next speeding boat that might take a life but you can kindly educate people and hopefully do it in a way that opens someone’s heart and not shuts them down.”