Lee County was under a Flash Flood Watch Friday afternoon for an hour-and-a-half. The late-afternoon storms brought heavy rain and localized flooding to the Fort Myers area. 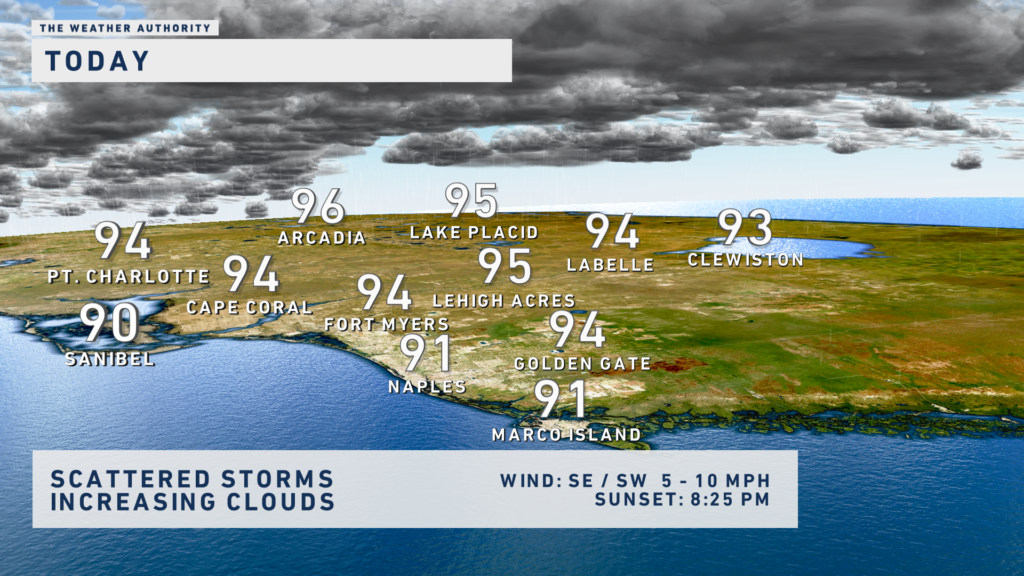 Highs will mainly be in the low to mid-90s under increasing cloud cover.

Pop-up storms developing in the afternoon will become scattered in the evening, before fizzling out after sundown.

Light winds will make water conditions pleasant. The longer you are on the water, the higher chance you will have of encountering a storm. 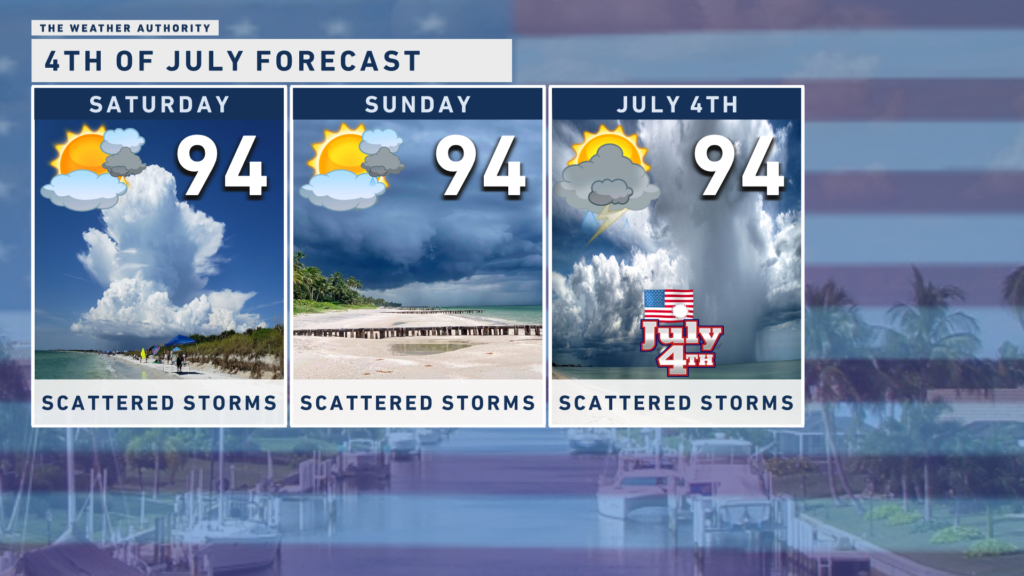 Unfortunately, Southwest Florida will retain the above-average heat and high rain chances throughout the 4th of July weekend. 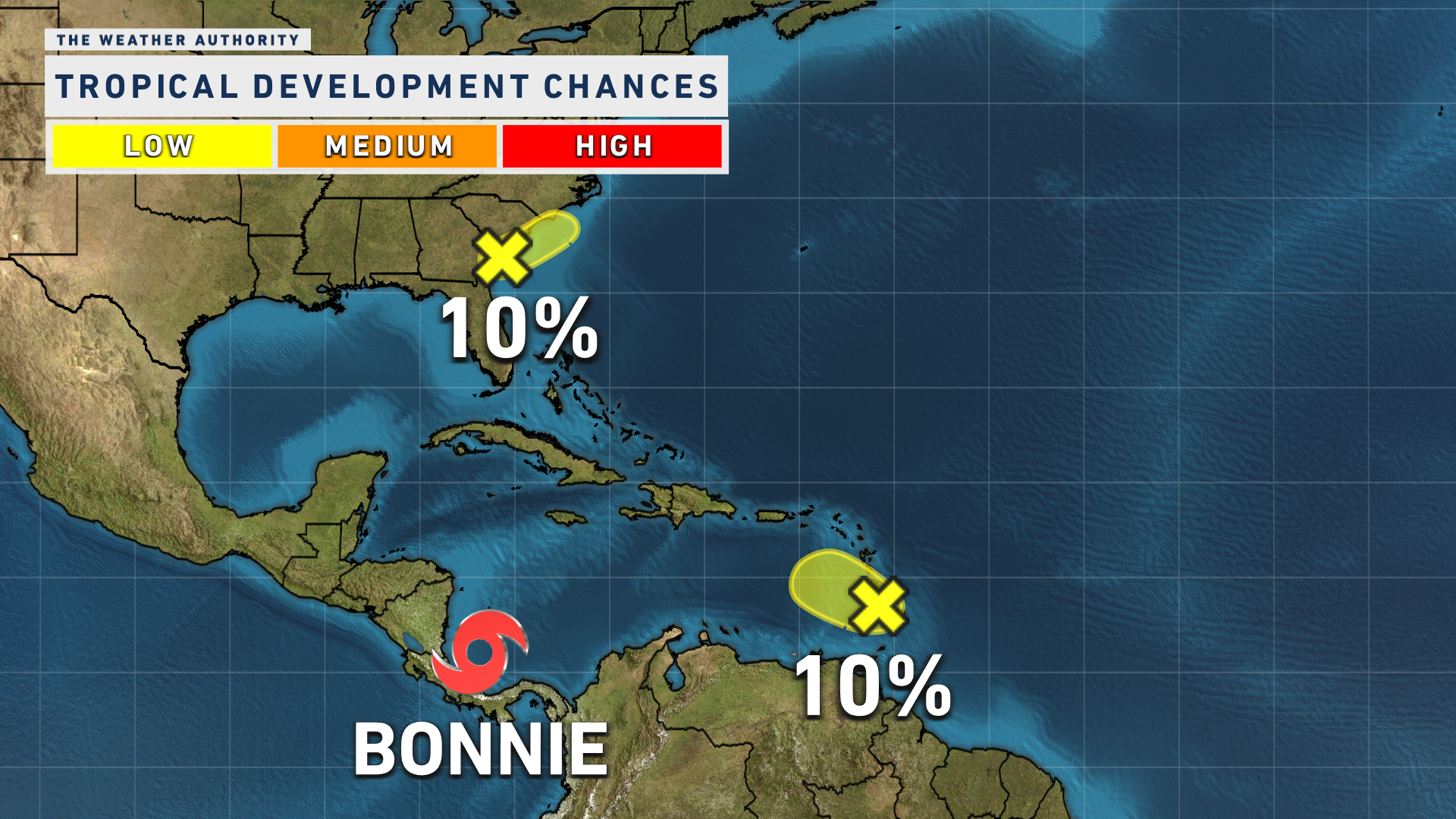 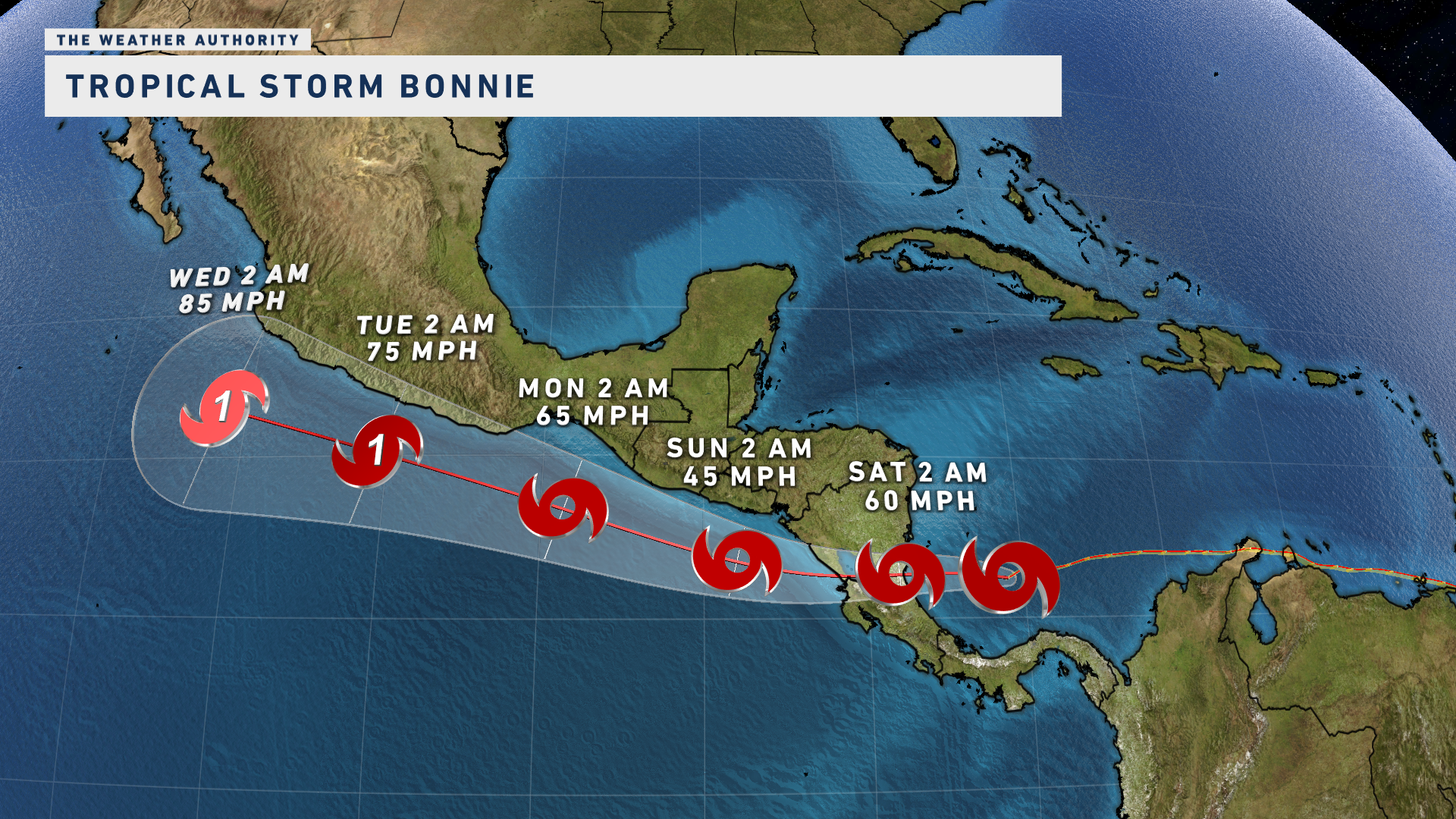 Tropical Storm Bonnie will be making landfall near the Nicaragua/Costa Rica border tonight then is forecast to emerge and strengthen over the Eastern Pacific. It is not a threat to the Continental United States.