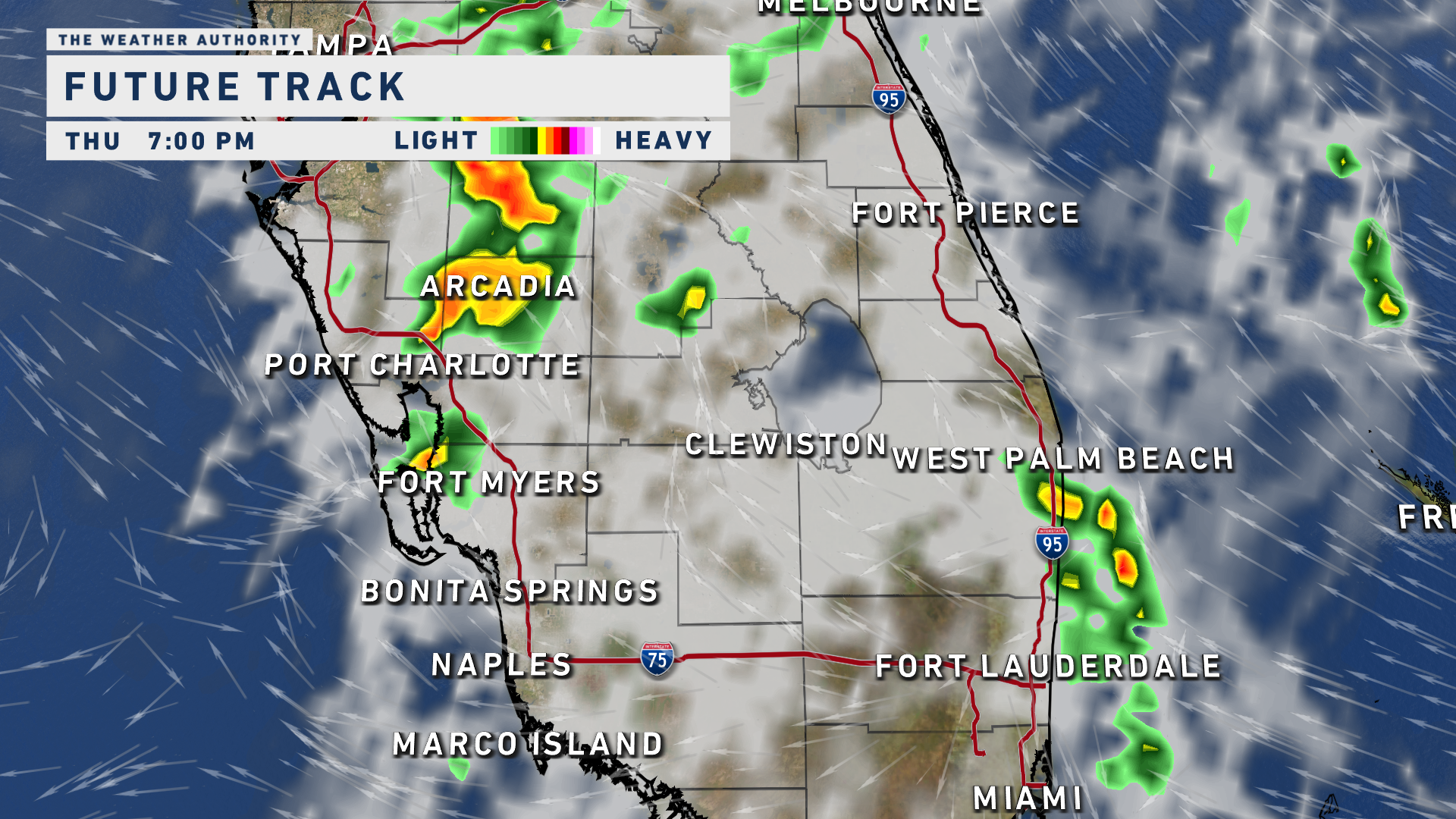 Rain has returned for Thursday evening and is expected to continue into the evening. 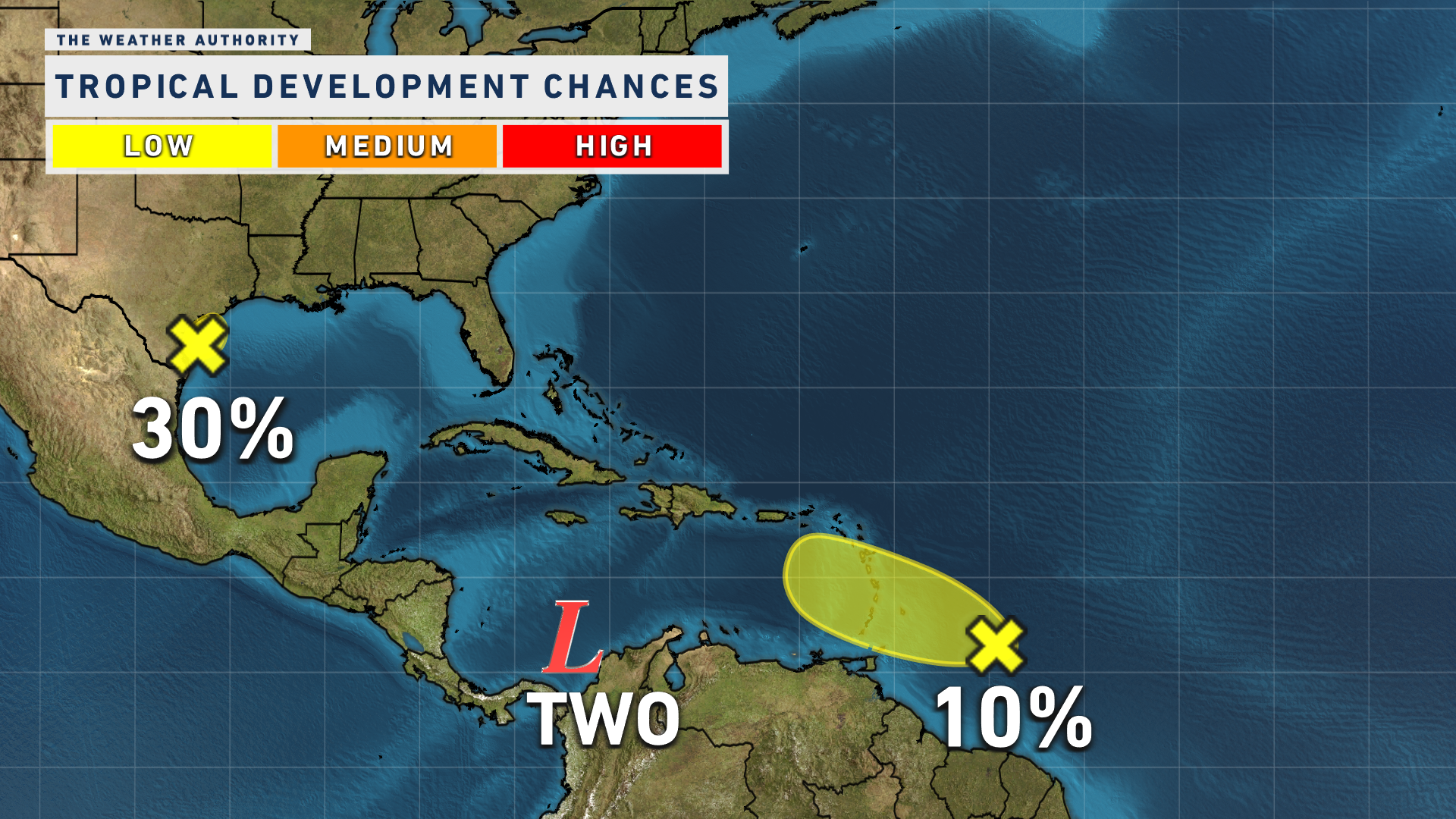 The Weather Authority is still tracking three areas of disturbed weather in the Atlantic. 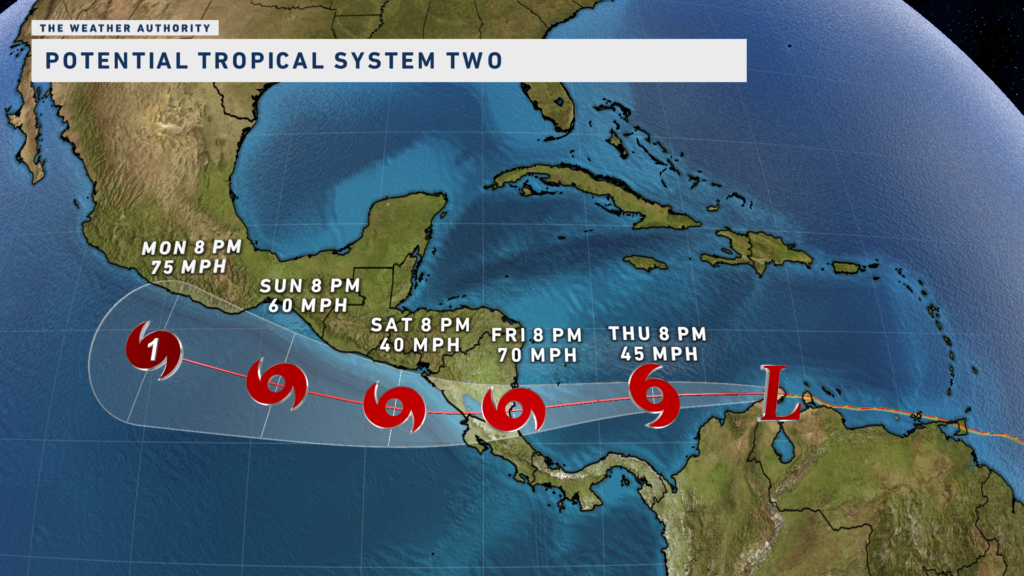 Potential Tropical System Two is forecasted to strengthen into a tropical storm in the Caribbean before making landfall in Central America this week. This system poses no threat to the United States. 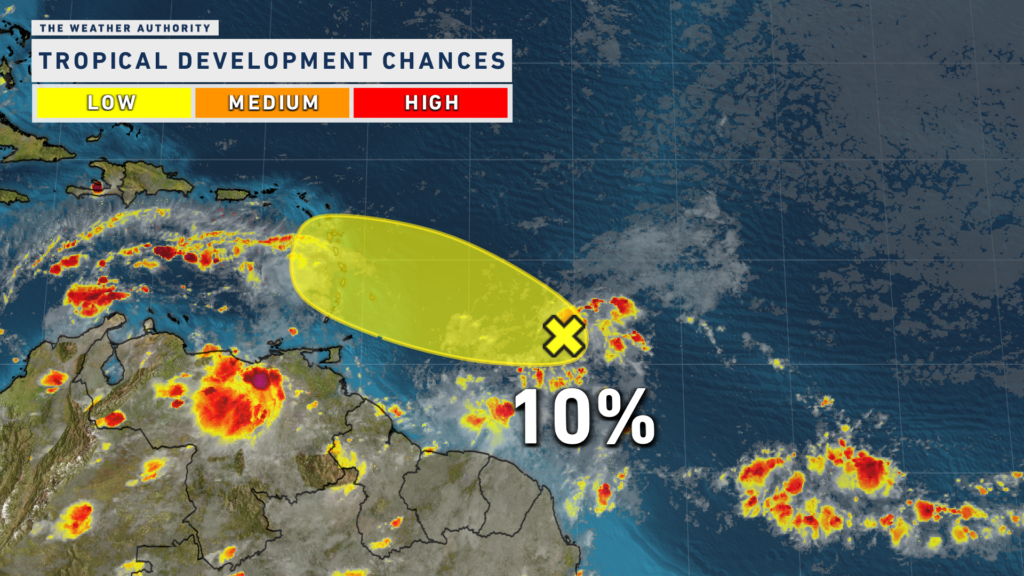 A tropical wave behind Potential Tropical System Two now only has a low (10%) chance of becoming a named storm over the next five days. This is down from Wednesday’s 30% chance of development, as it is now moving into a less favorable environment for development. 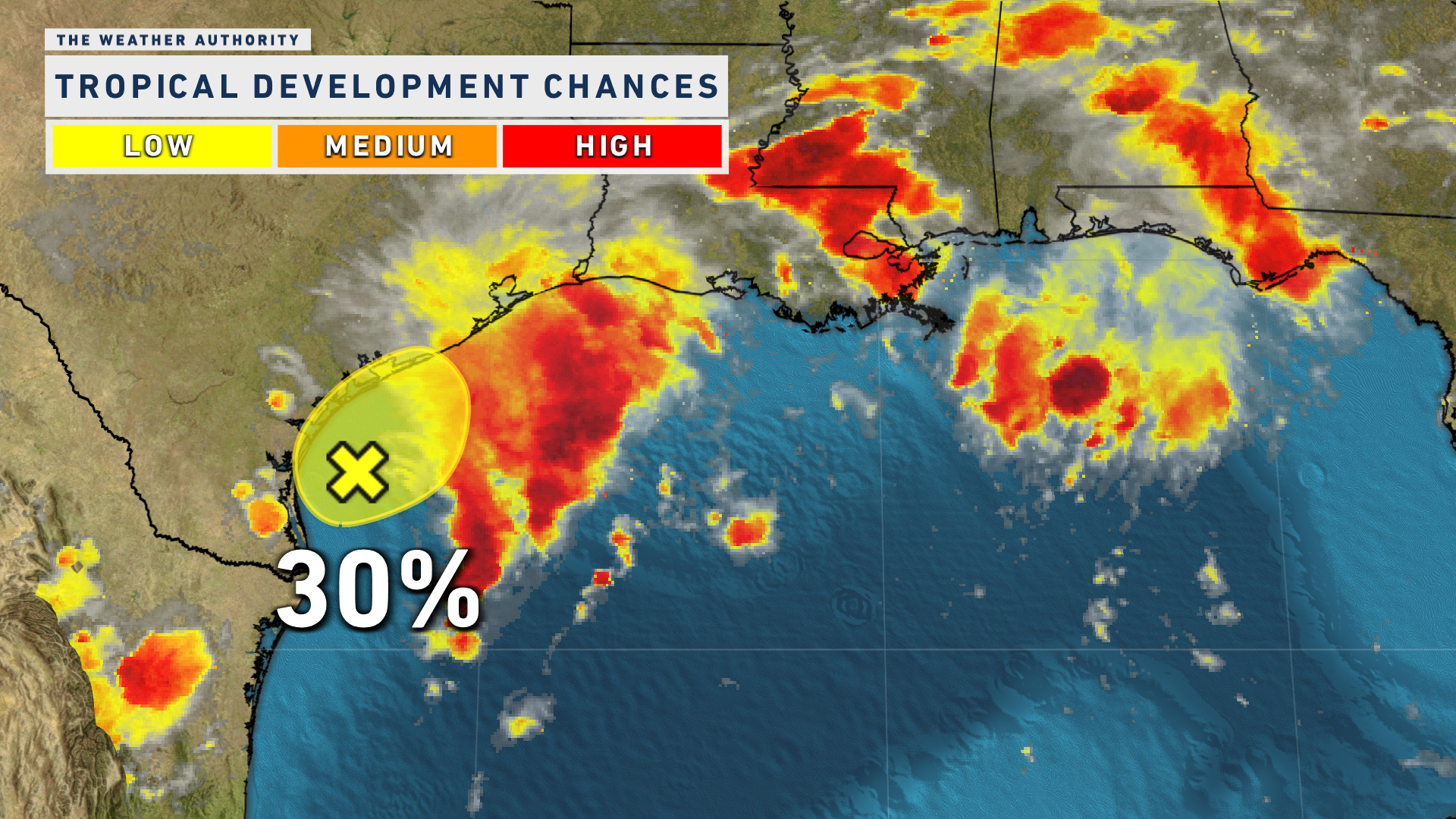 There is still a low (30%) chance of a system in the Gulf of Mexico organizing into a named storm. Shear will keep it on the weaker side as it moves onshore Texas this week. 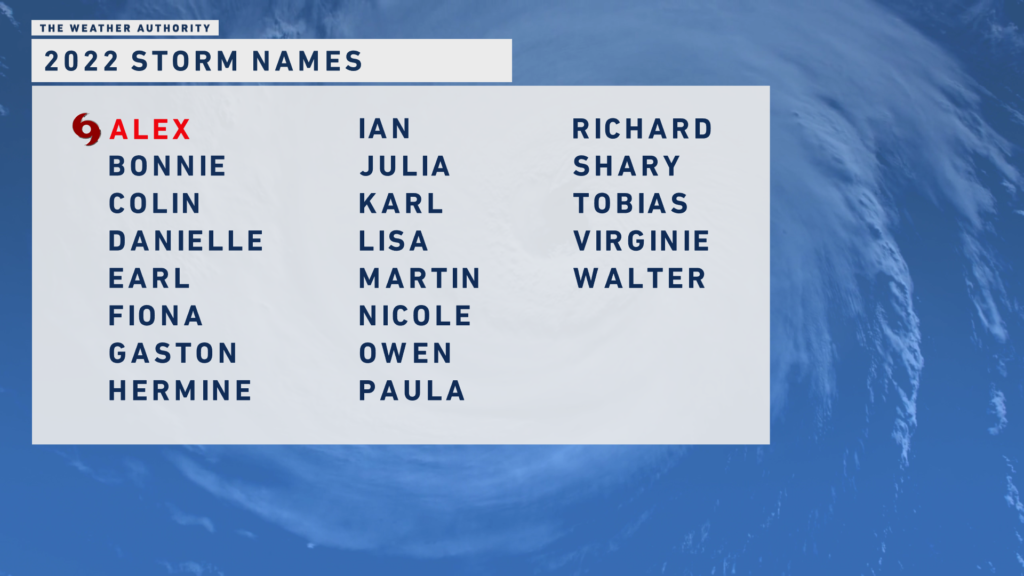 Bonnie will be the next name on our 2022 Storm Naming List.