Just like Tuesday, we will see rounds of scattered thunderstorms form in the afternoon that will fizzle out into the evening.

The weather conditions will improve after sunset and remain mainly clear to partly cloudy overnight. 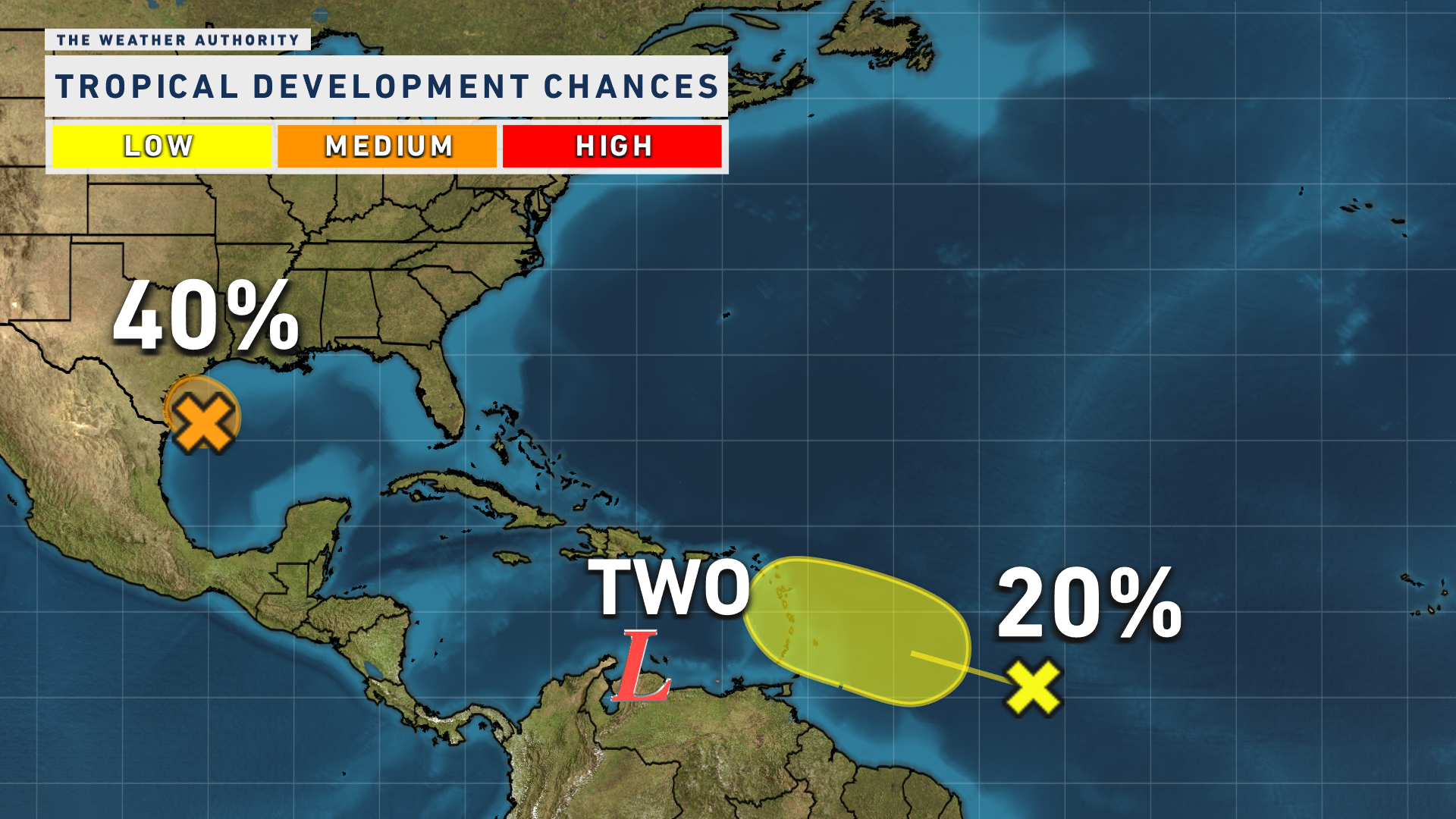 The Weather Authority is tracking one potential tropical system and two disturbances in the Atlantic. 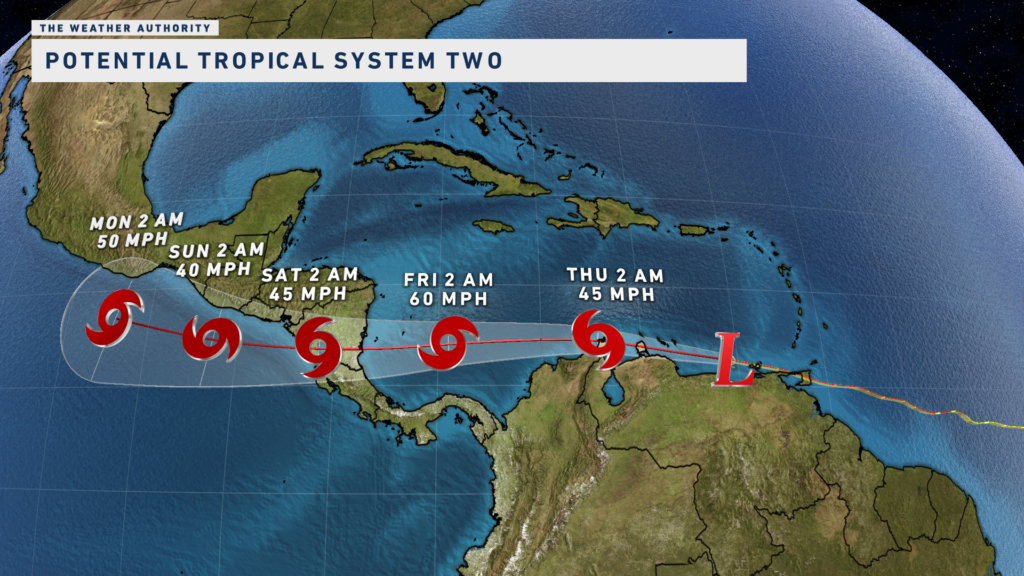 Potential Tropical System Two is expected to become a named storm later this week. It is no longer forecast to become a hurricane, but will likely come close before it makes landfall in Central America. 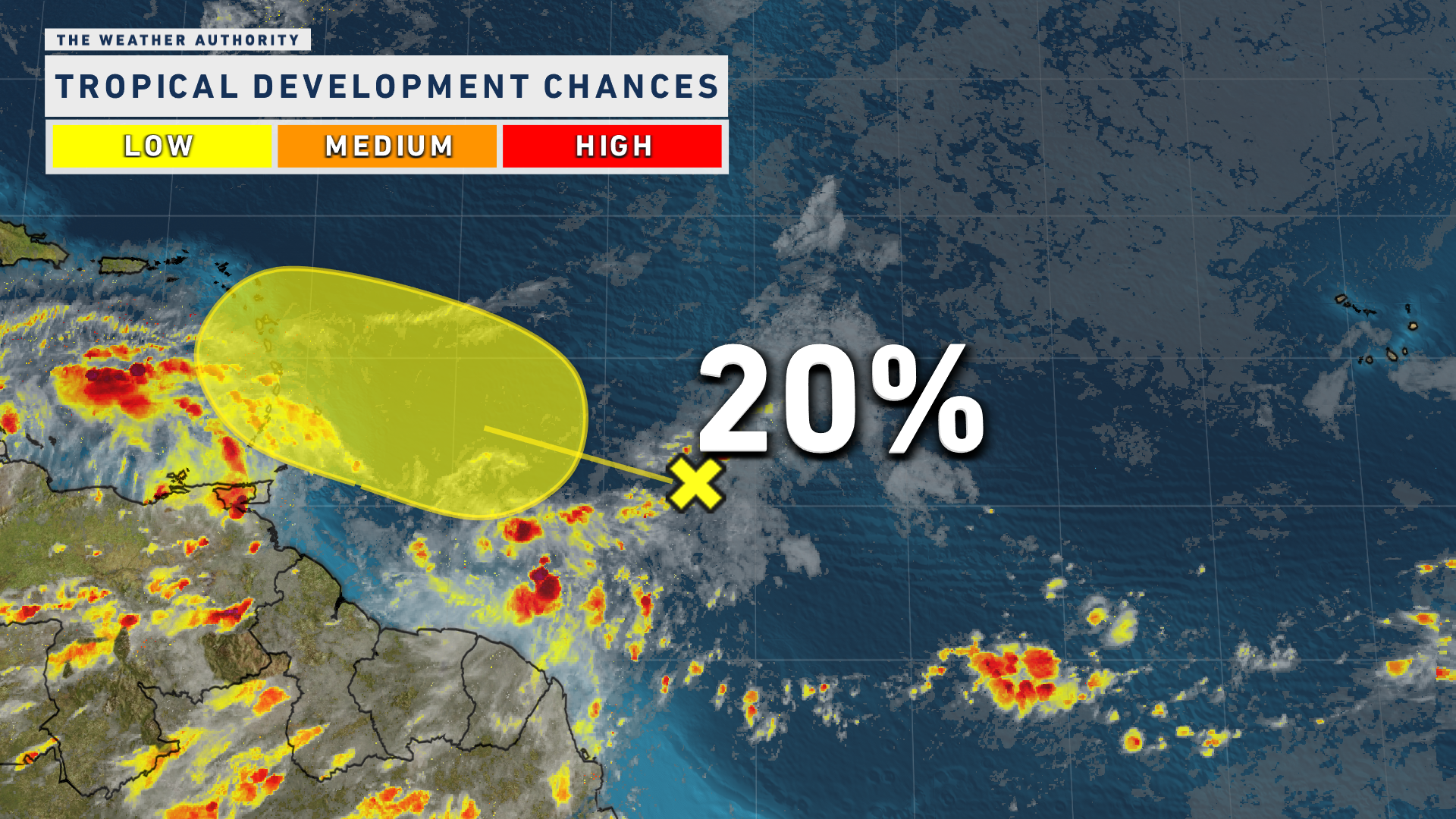 A tropical wave behind Potential Tropical System Two has a low (20%) chance of developing over the next five days. This disturbance is over 2,000 miles away from us, and it is too early to speculate on the potential path it would take. 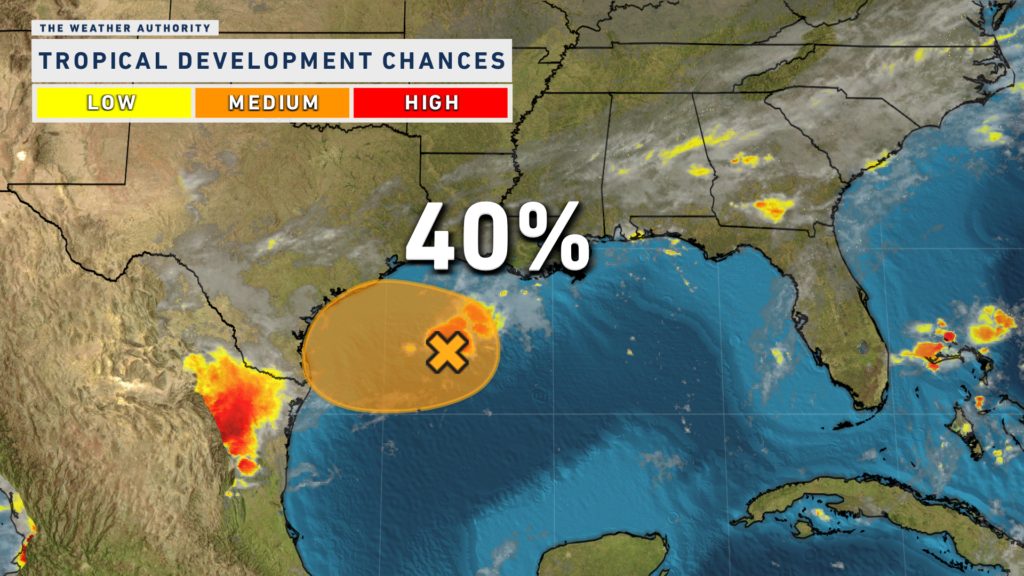 In the Gulf of Mexico, an area of low pressure will have a medium (40%) chance of becoming a named storm before moving into Texas this week. Regardless, ample shear will keep this system on the weaker side.