Scattered storms will erupt across Southwest Florida in the late afternoon and evening.

Expect these to follow similar timing to what we experienced on Monday. 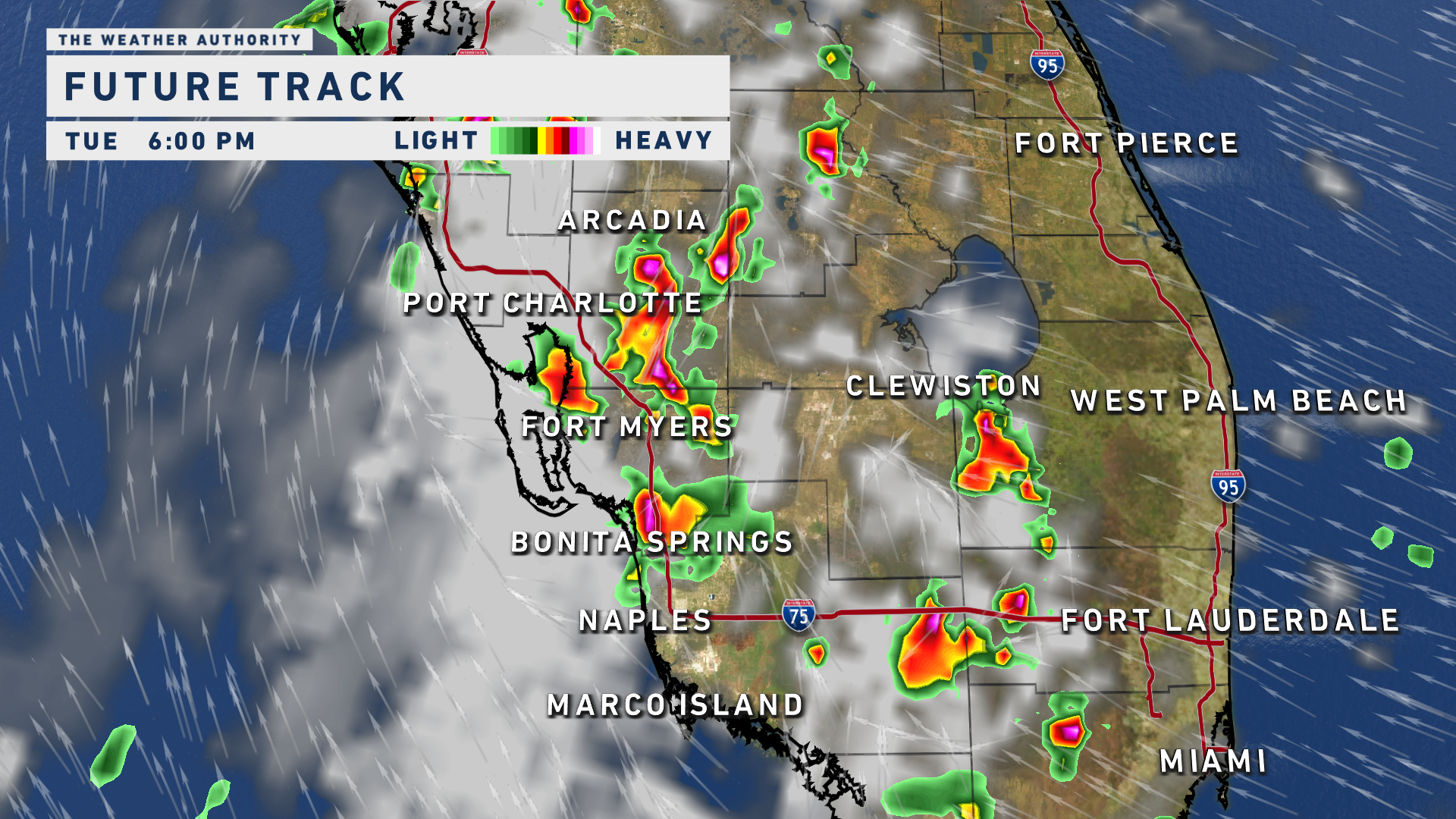 The Weather Authority is tracking two disturbances and Potential Tropical System Two in the Atlantic.

Potential Tropical System Two will push into the Caribbean this week. A large area of high pressure will steer this system away from the United States. 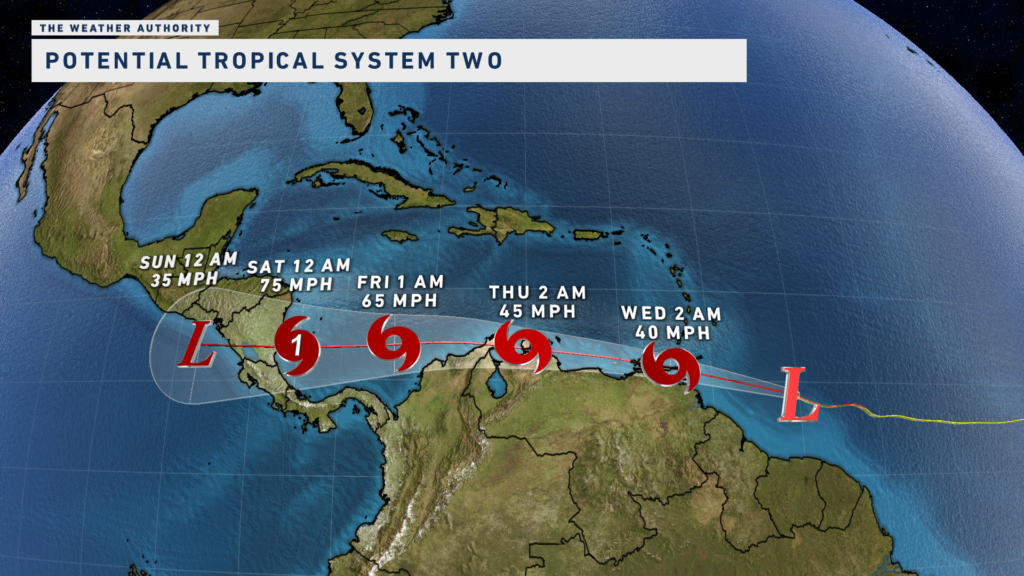 The latest forecast cone for Potential Tropical System Two has it strengthening into the first hurricane of the 2022 Atlantic hurricane season, likely taking the name Bonnie. 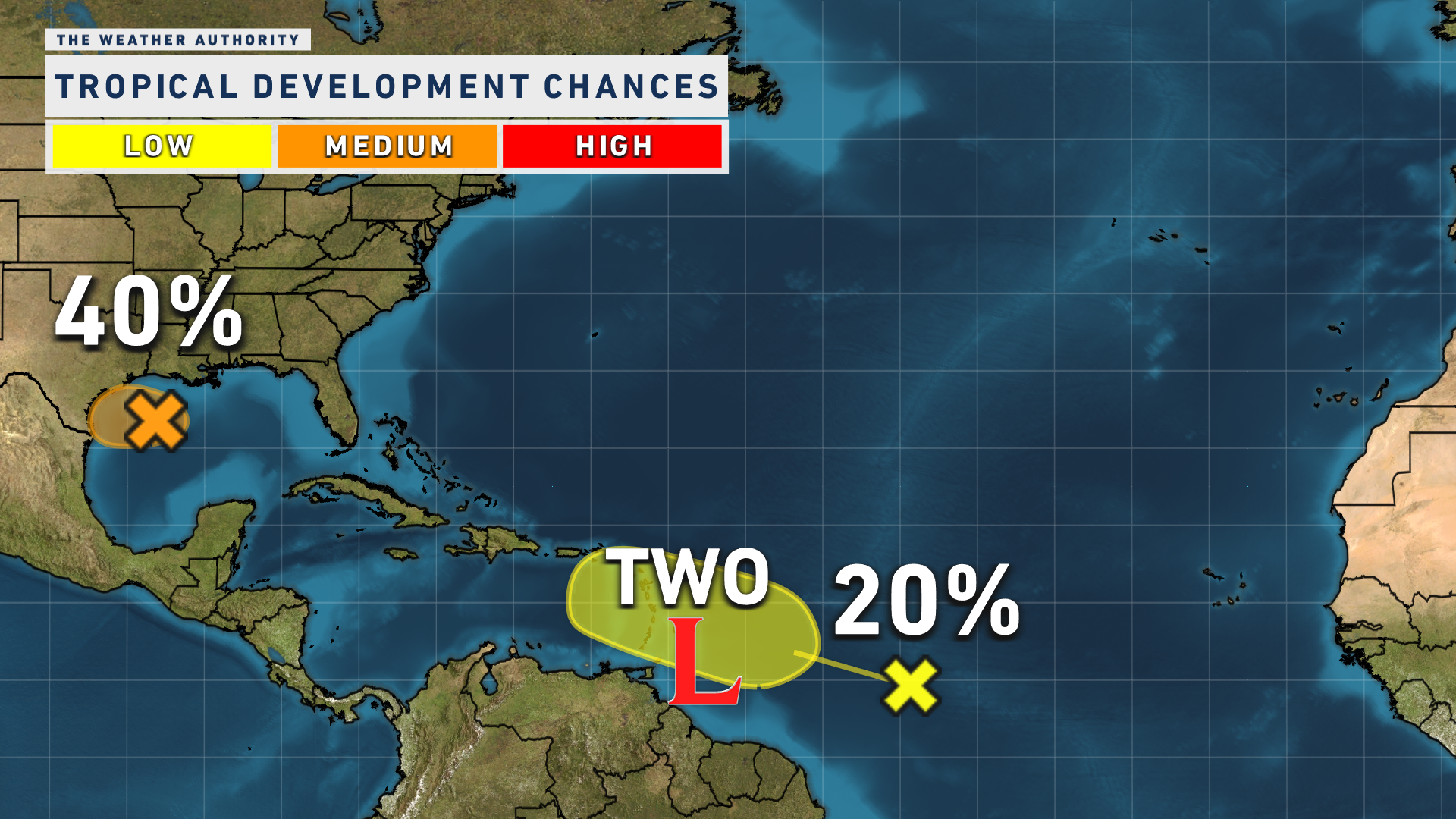 Behind that system, is a tropical wave with a low (20%) chance of formation over the next five days. Conditions will become more favorable for this wave to develop near the Windward and Leeward Islands, later this week. It is too early to speculate on any potential track it would take.

The only other disturbance The Weather Authority is tracking is off the coastline of Louisiana and Texas. This system has a medium (40%) chance of becoming a named storm before tracking into the coastline of Texas or Mexico later this week.