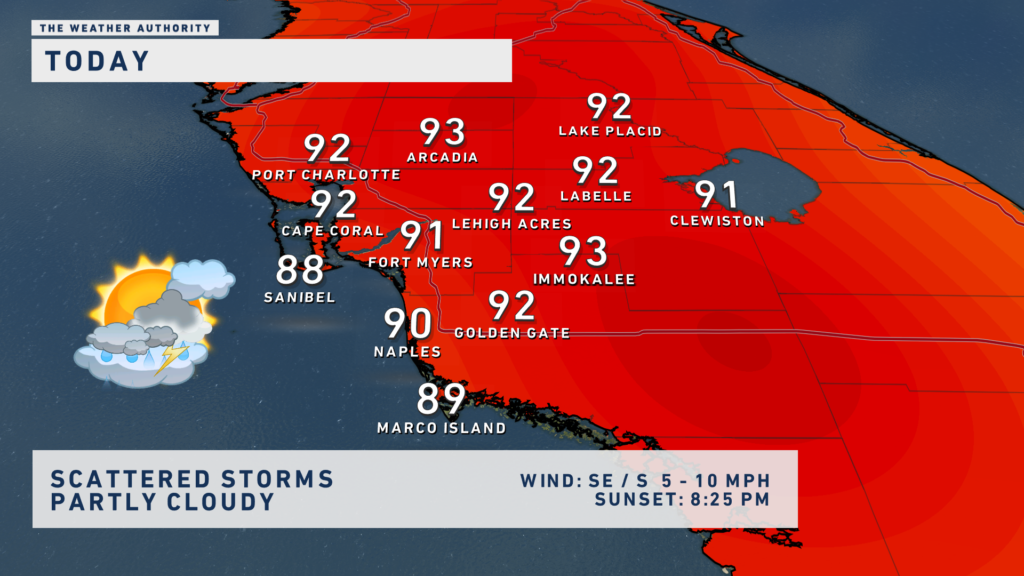 Highs will reach the low 90s under partly cloudy skies. 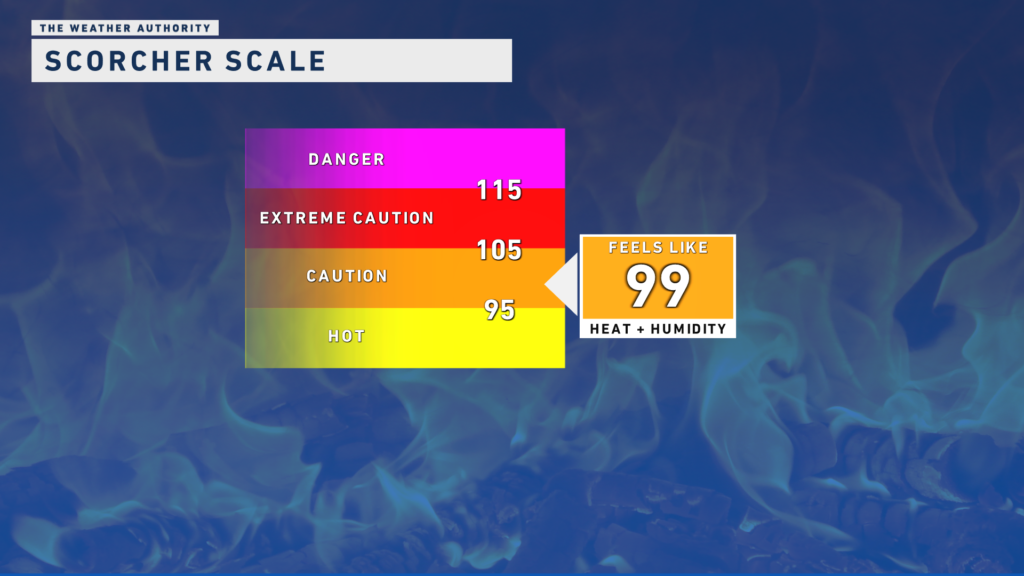 Our scorcher scale will return to the caution category on Monday. Expect several locations to feel like they’re experiencing triple-digit temperatures during peak heating, thanks to ample amounts of moisture across the region. 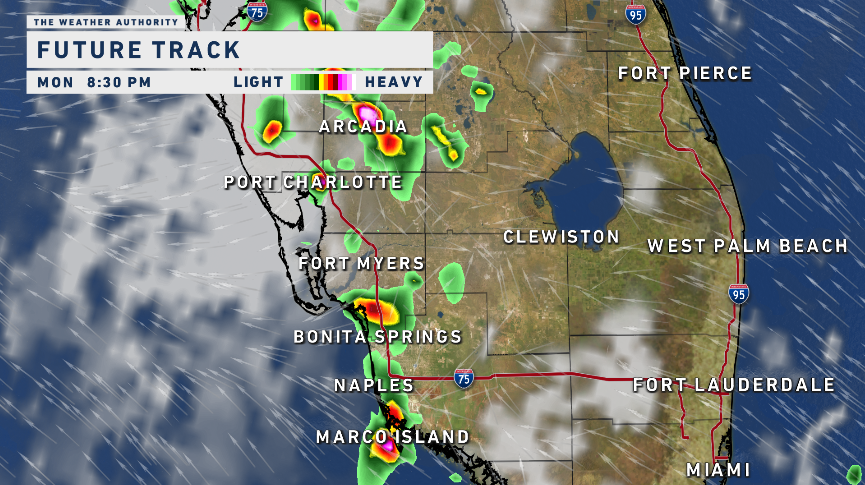 Scattered thunderstorms will form after lunchtime. These will initially develop inland before becoming focused along the coastline in the late afternoon and early evening. 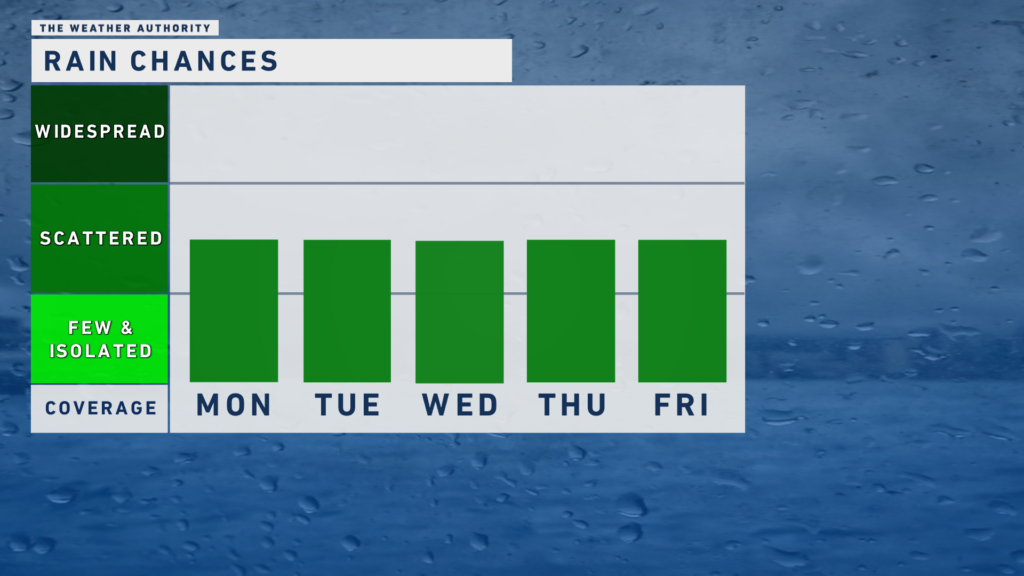 This rainy pattern will persist throughout the week. 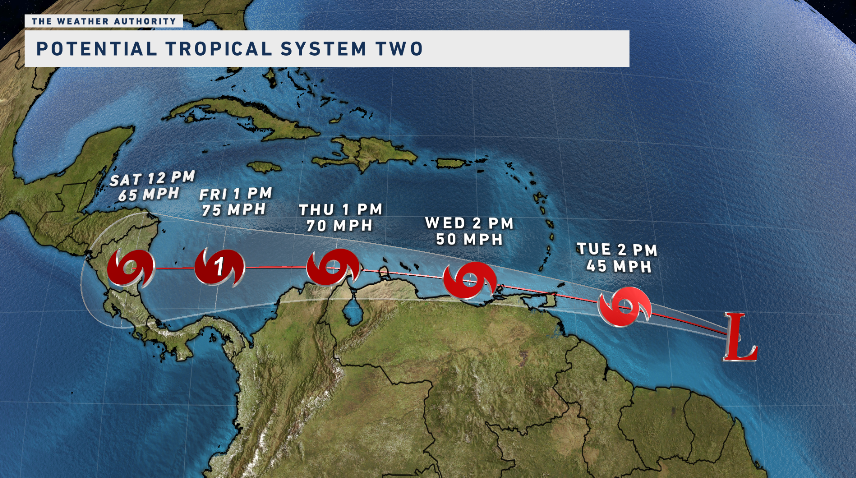 The tropics are very active as we approach July.

The National Hurricane Center has just issued a cone for Potential Tropical System #2. This will likely become the named storm Bonnie.

This system will not impact Southwest Florida and will bring tropical storm warnings as it approaches the Lesser Antilles.

The NHC is forecasting this system to become a Category 1 Hurricane before making landfall in Central America. 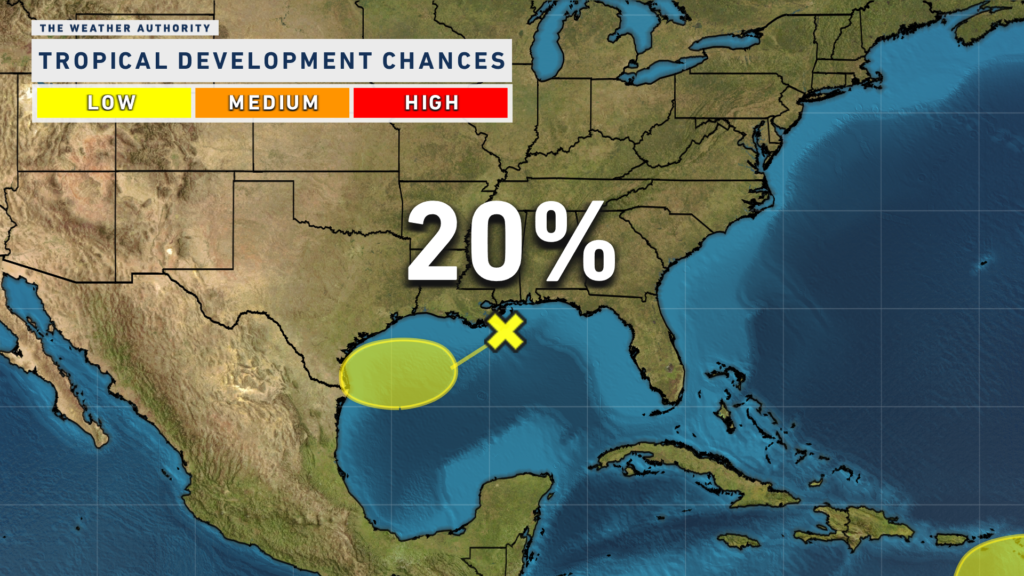 One area of disturbed weather in the Gulf of Mexico has a low (20%) chance of forming over the next five days. This would likely remain fairly weak if it organizes into a named storm. Regardless, it poses no threat to Florida. 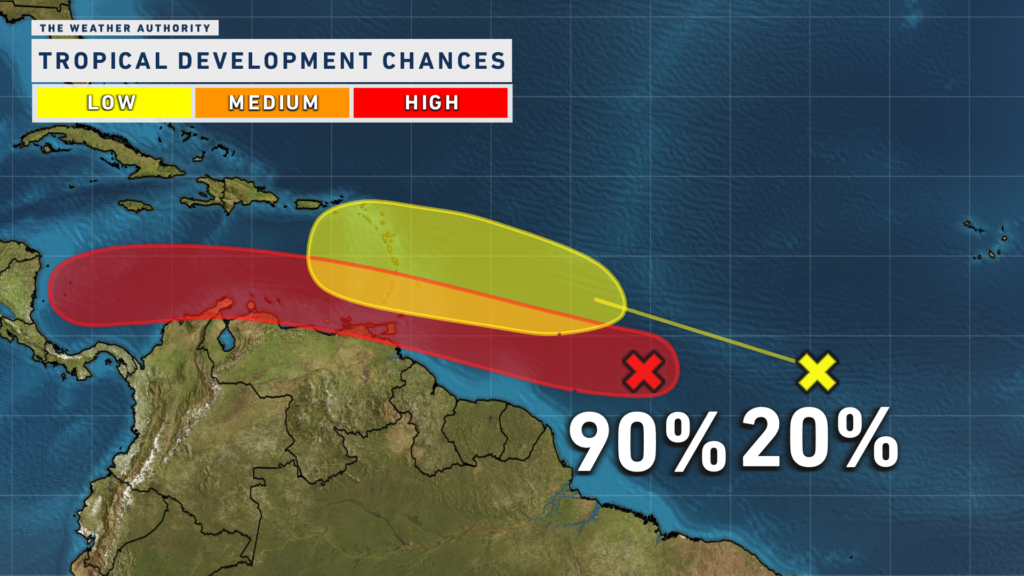 The Weather Authority is tracking two tropical waves in the Mid-Atlantic. One has a low (20%) chance of formation over the next five days. It is too early to speculate on whether or not this system would have any impacts on the mainland U.S. 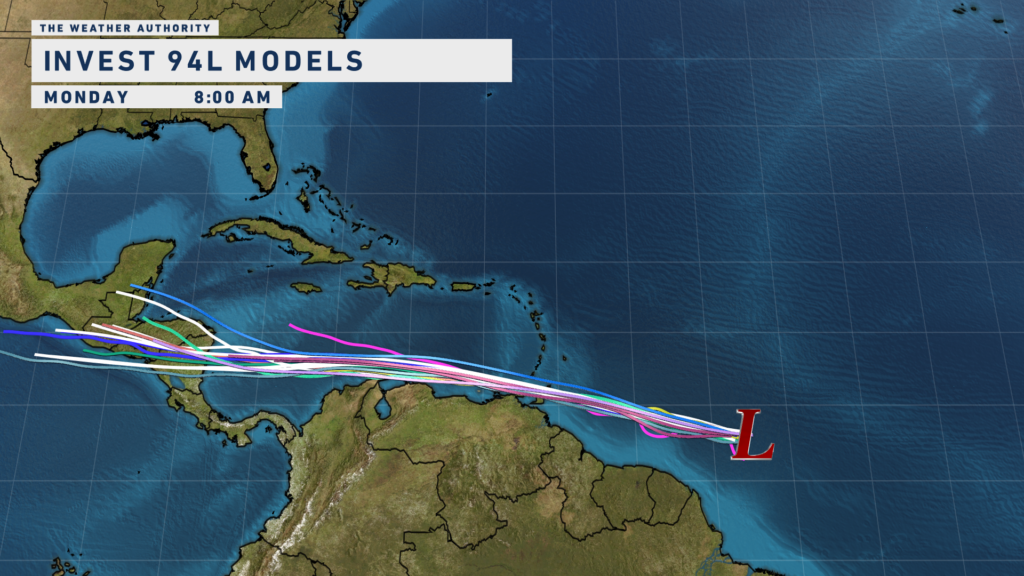 There is increasing confidence that this system will not bring any impacts to Florida. Weather models continue to agree that this system would likely track into the Caribbean this week, keeping it well south of the U.S. Gulf Coast.