A just-released notebook from Brian Laundrie details his confession and what happened before her death.

The Laundrie family attorney, Attorney Steven Bertolino, provided WINK News with a copy of the notebook.

The confession in the notebook reads “I ended her life, I thought it was merciful, that it is what she wanted, but I see now all the mistakes I made. I panicked, I was in shock. But from the moment I decided, took away her pain, I knew I couldn’t go on without her.”

The FBI opened its investigation into the disappearance of Gabby on September 12, 2021, upon receiving reports from Gabby’s family that Ms. Petito was missing.

The FBI, working with federal, state and local officials, organized a search of a remote area within the Grand Teton National Park and the Bridger-Teton National Forest.

On September 19, 2021, the search team located Gabby’s remains of at the Spread Creek Dispersed Camping Area near where she and Brian Laundrie had been seen together.

According to the FBI, Gabby was found approximately three weeks after her last known communication.

The Teton County Coroner’s Office concluded she died of “blunt-force injuries to the head and neck, with manual strangulation.”

While law enforcement investigated leads, the investigation quickly focused on the last person believed to see her alive— Brian Laundrie.

Bertolino said in a statement Friday:

“Today the Petito family attorney, Patrick Reilly, and myself met with the FBI in Tampa to sort through and take possession of the personal items that belonged to Gabby and Brian. This was a previously agreed upon exchange to enable both the Petitos and the Laundries to receive what belonged to their respective children. As part of this return of property in FBI custody I was given Brian’s notebook. I would like to share with the public the note that the FBI alluded to when they said on January 21, 2022 that Brian claimed responsibility for the death of Gabby Petito. Although I have chosen to release this letter as a matter of transparency I will not be commenting further as there are still proceedings pending in Court. These are Brian’s words:” 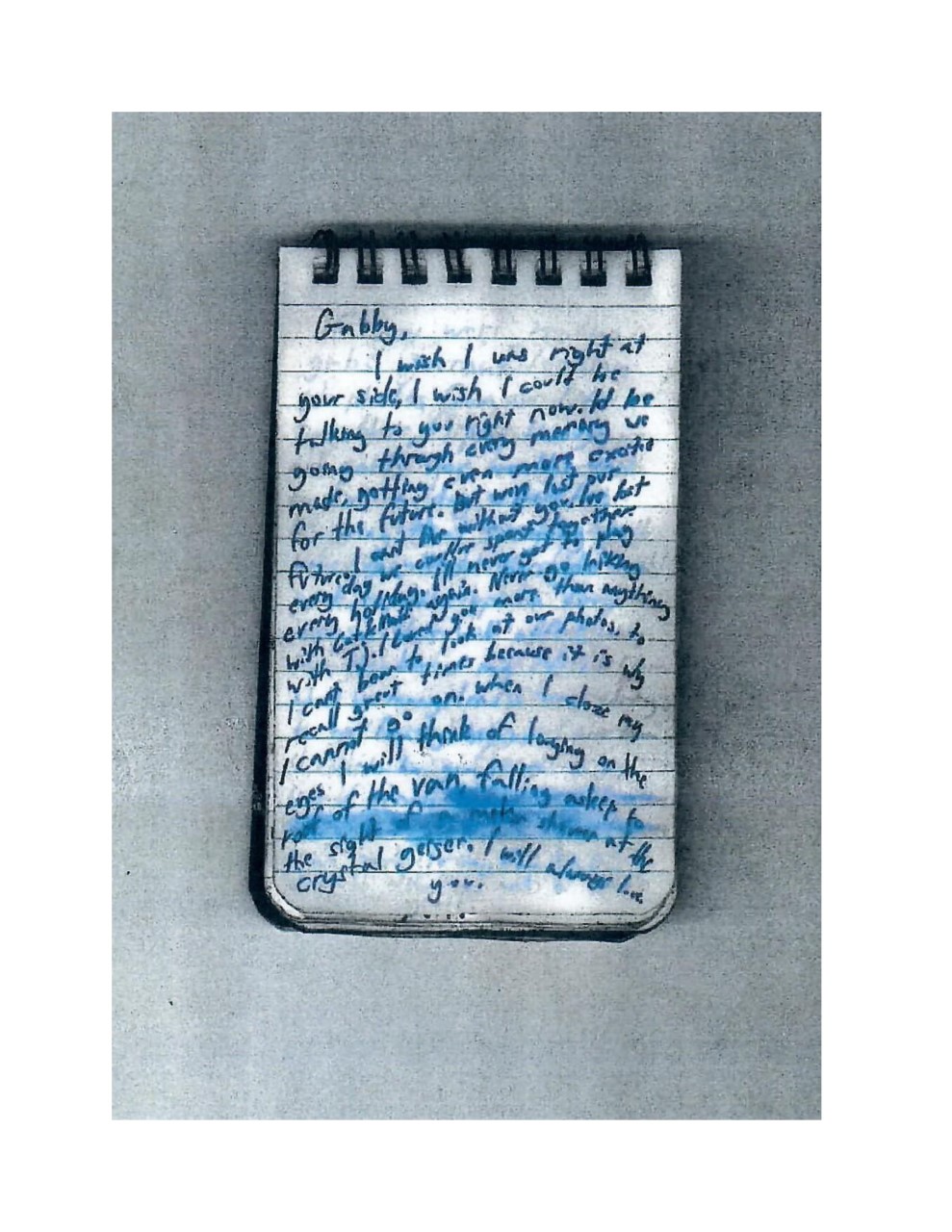 The following is a timeline of the investigation: