A Fort Myers teenager is working toward her next chapter in life after a traumatic brain injury forced her to learn how to walk again.

In May, WINK News told you about Fort Myers High School senior Khalia Carter. She was hit by a drunk driver and was determined to walk across the stage to get her diploma. 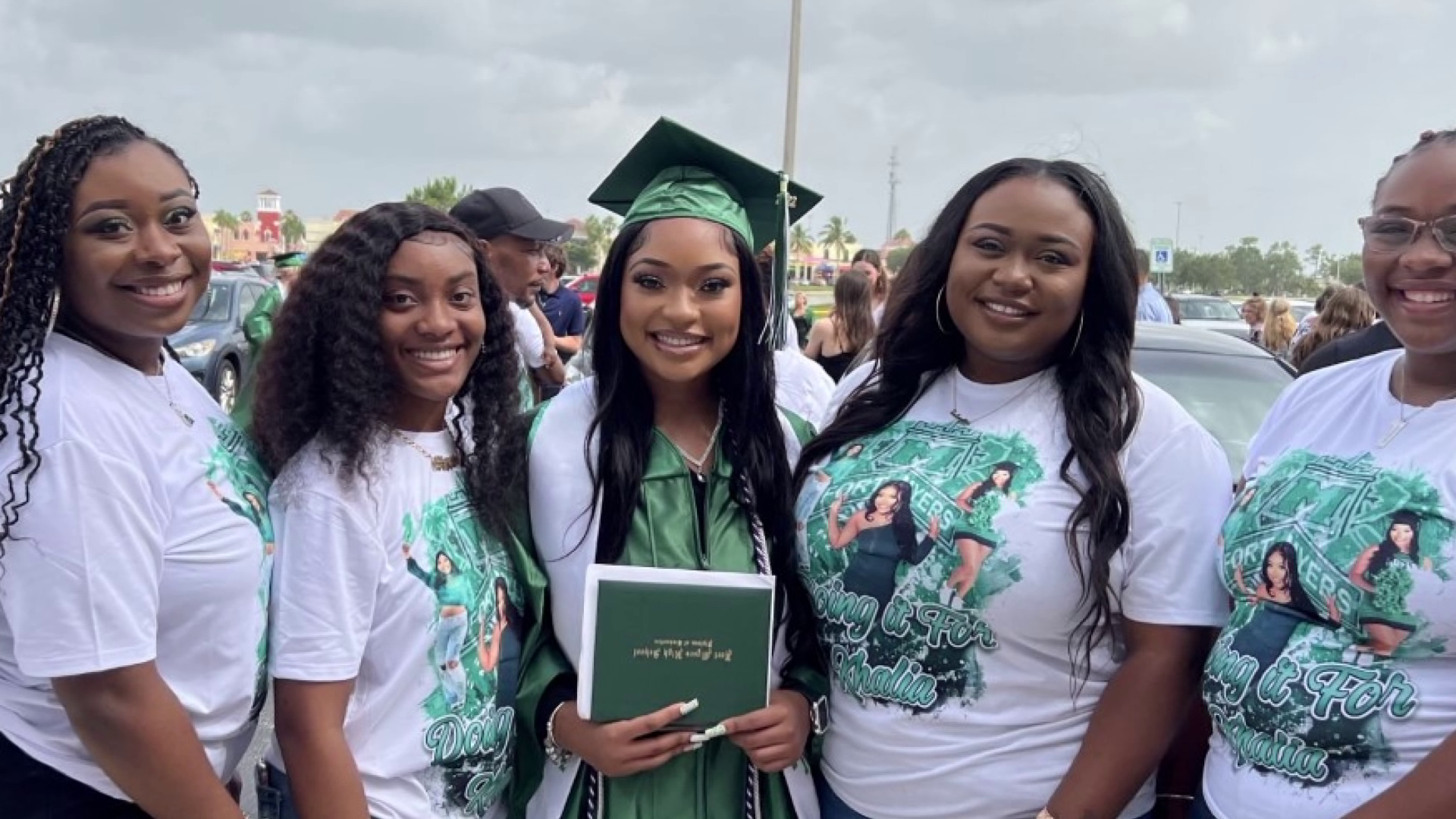 Khalia succeeded in reaching that goal and now has a new one. She has her sights set on college.

The plan was always to go to Georgia Southern University. Then the crash that changed everything happened.

Khalia now sets goals for herself and is determined to make it on campus on time in August.

Khalia is making strides towards a full recovery. “My walking is better. I do stuff by myself now, everything,” she said.

A crash report says a drunk motorcyclist, three times over the legal limit hit her in Buckingham. She suffered a traumatic brain injury as a result.

Still, Khalia set a goal to walk across the stage at her Fort Myers High School graduation, and she did.

“I wanted to be able to achieve that goal and when I did everybody was so proud of me and everybody cheered for me that day,” said Khalia.

“That was one of the biggest moments of our life. This was a different type of accomplishment for our entire family,” said Khalia’s mom Shawnda Cook.

Khalia is not done. Her new goal is to start her freshman year at Georgia Southern University on time. “I been had this goal before that happened so why change it?” Khalia said.

Khalia is working hard in therapy every week and is working on her speech and her anxiety.

The road ahead is still tough, but Khalia’s mom says she has faith that her daughter will achieve this goal and any goal she puts her mind to.

“She has reached all other goals so I wouldn’t put it past her. Even if she fails, once she gets there, I could see her doing what she needs to do to get there,” said Cook.

When Khalia gets to Georgia Southern she wants to major in journalism and multimedia.

Her mom said she’s still triggered by bright lights and loud noises and is still afraid to ride in the front seat of a car or go places alone. They are working on that with the help of the Johns Hopkins All Children’s Hospital Outpatient Center.