Most Wanted Wednesday: Featuring some of SWFL’s most wanted suspects; May 18 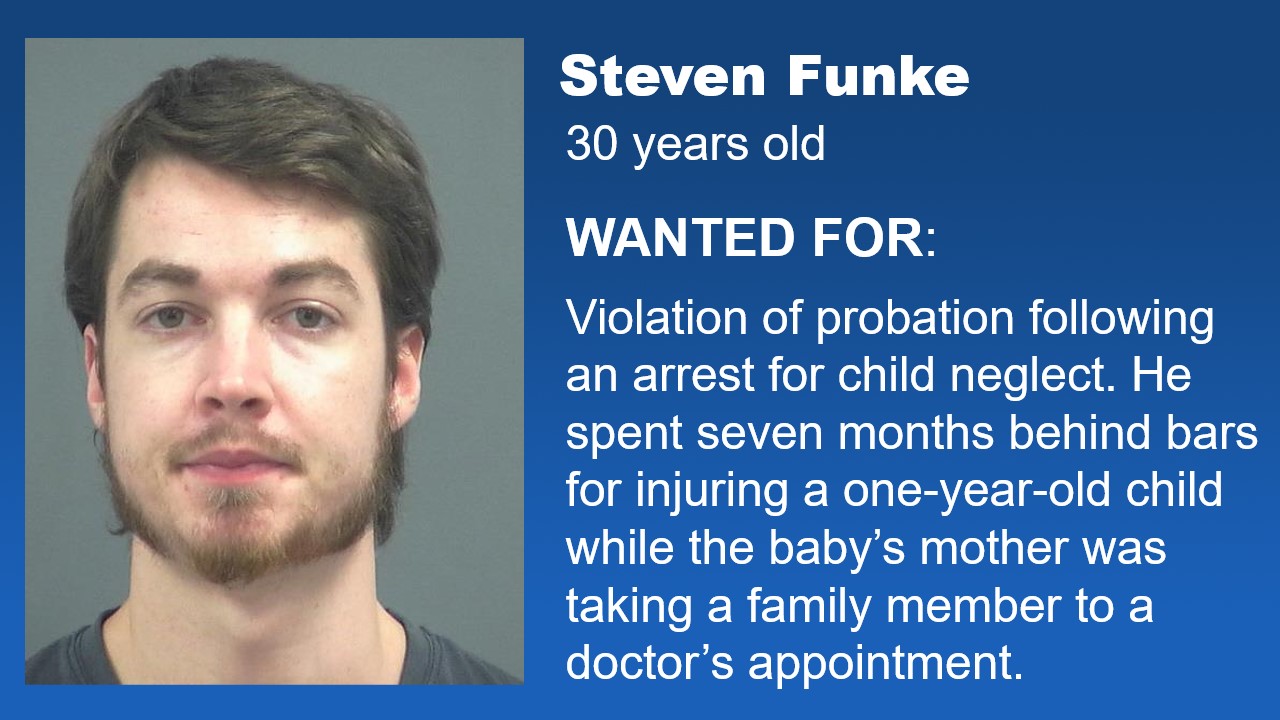 He spent seven months behind bars for injuring a one-year-old child while the baby’s mother was taking a family member to a doctor’s appointment. Funke told detectives that the infant had been crying incessantly and was inconsolable.

When mom arrived home, she calmed the child down, but immediately noticed blotchiness and other symptoms that were inconsistent with a crying baby.

After she took the child to the hospital, Funke was quickly arrested and charged with child cruelty and aggravated child neglect. After serving his sentence, Funke was placed on probation, and now he’s a wanted man after violating those terms.

He is 6’1”, with a tattoo of an eagle with an American flag on his left arm. And upon his arrest, he will be held without bond. 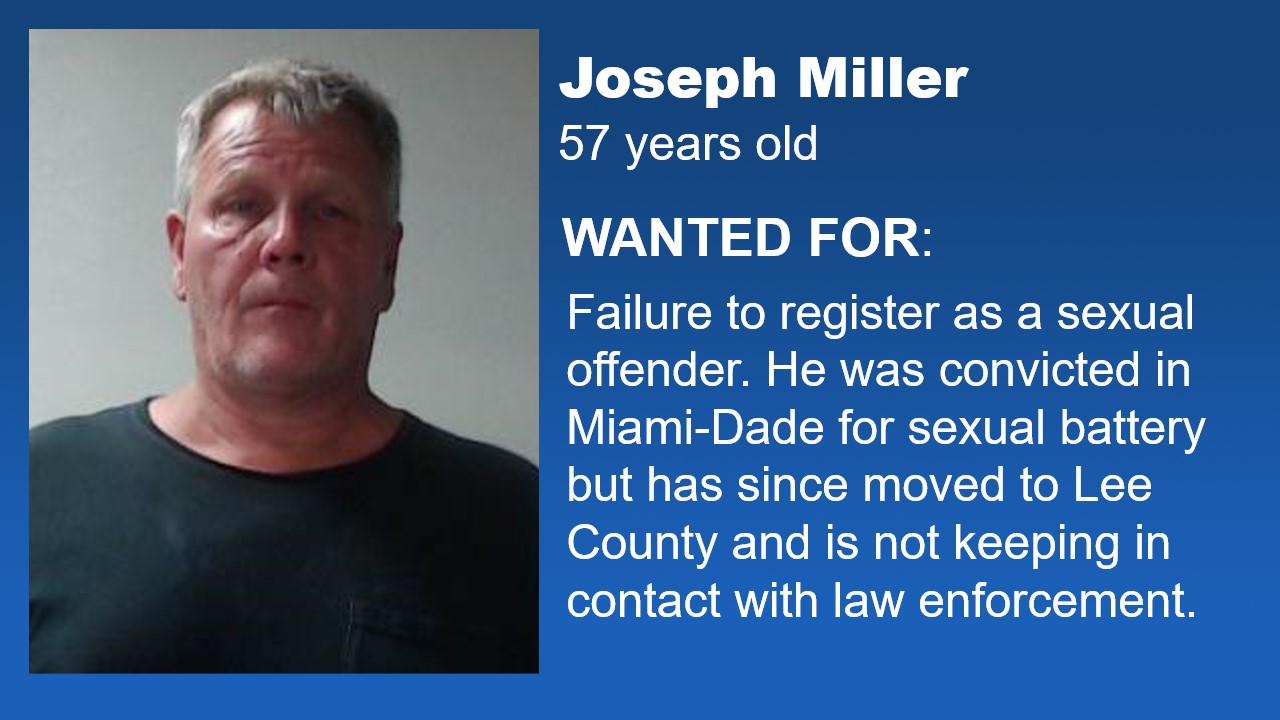 Joseph Miller (DOB 5/18/65) – wanted in Lee County for failure to register as a sexual offender. He was convicted in Miami-Dade for sexual battery, and after his release from jail, he decided to take up residence in Bonita Springs for a bit, and then central Fort Myers.

As a convicted sex offender, one of the conditions he must abide to is keeping in regular contact with law enforcement. But instead of playing by the rules, he’s chosen to go off the radar and unaccounted for. 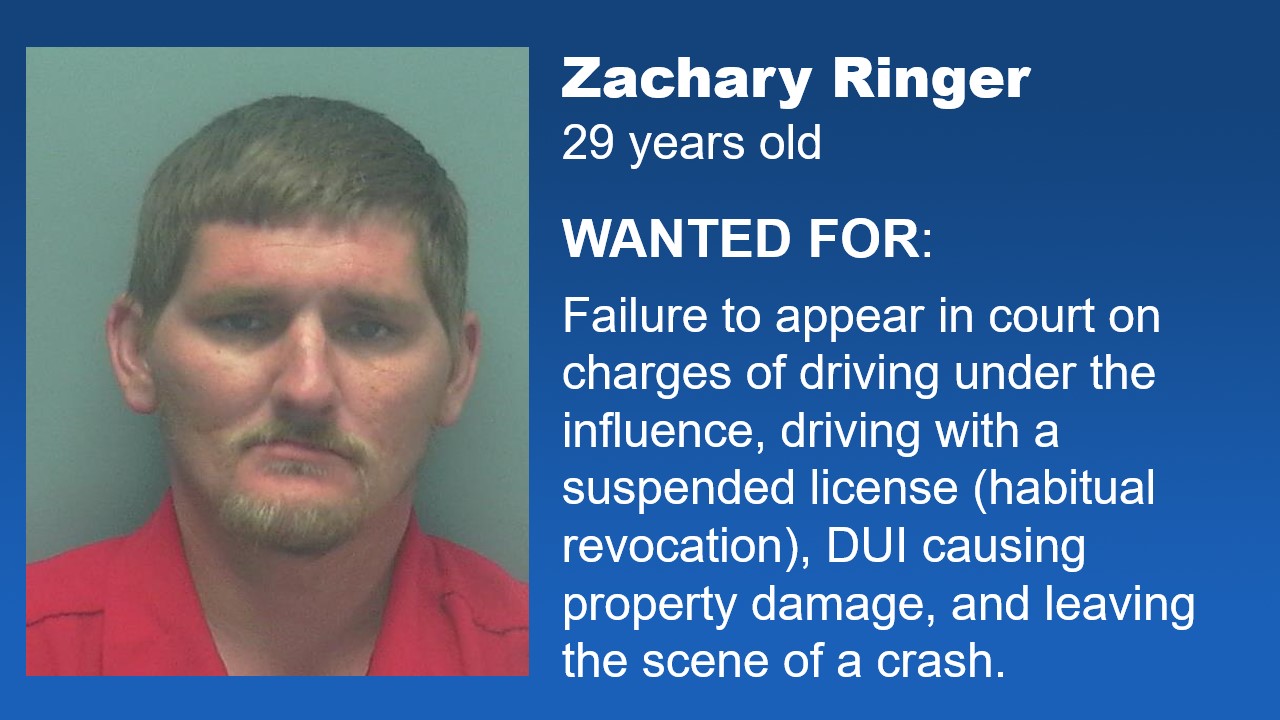 Zachary Ringer (DOB 11/20/92) – wanted in Lee County on a bench warrant for failure to appear for driving under the influence, driving with a suspended license (habitual revocation), DUI causing property damage and leaving the scene of a crash.

Witnesses saw Ringer behind the wheel at 10 o’clock in the morning when he hit a utility pole, then drove through a high school parking lot (dragging the pole underneath his car), then crashed into a bus stop sign before heading to a neighborhood in Southwest Cape Coral.

He ended up parking his car in the middle of the road, then passed out. When police arrived on scene, Ringer said he had no idea how he got to where he was parked, and was so intoxicated that he couldn’t even stand up.

He ended up being charged with multiple counts of DUI and related charges and was supposed to show up for a court hearing a few weeks ago, but instead, he’s chosen to go on the run.

He’s got eight previous bookings, following his first felony arrest at age 17 for burglary. He is 5’11”, 140 pounds and upon his arrest, he will be held without bond.