WINK News investigation gets results: Sagging lines get a lift

Dangerously low utility lines are back where they belong in one Cypress Lake neighborhood. A WINK News investigation gets results and offers homeowners some long-awaited peace of mind.

If this is the first time you’re seeing Bob and Sherry Christie’s home, these power and utility lines likely look normal. Unremarkable, in fact. But for the homeowners and their neighbors, this was more than four years in the making.

The homeowners say they started sagging after Hurricane Irma in 2017. I measured the lowest line at about 8 1/2 feet. They called the power and utility companies and couldn’t get them hiked back up.

“Nobody wanted to do anything about it,” said Bob Christie. “They just kind of pushed us off.”

I reached out to Florida Power and Light, CenturyLink and Xfinity to find out why the lines weren’t addressed. We didn’t get a clear answer on that, but all three told me they’d fix the lines. FPL says its power line at the top was high enough, but said it would install a new pole for all the utilities use.

Fast forward two weeks: FPL crews installed the pole. The next-door neighbor caught the first video. When I arrived, the work was done and the crews were heading out. Bob is relieved the long-fought battle is over because just last week, he says another van caught the lines.

“We had an air conditioning van come in. It had a ladder on the top. It actually hit the wires, pulled them down a little bit farther, before he actually stopped.” 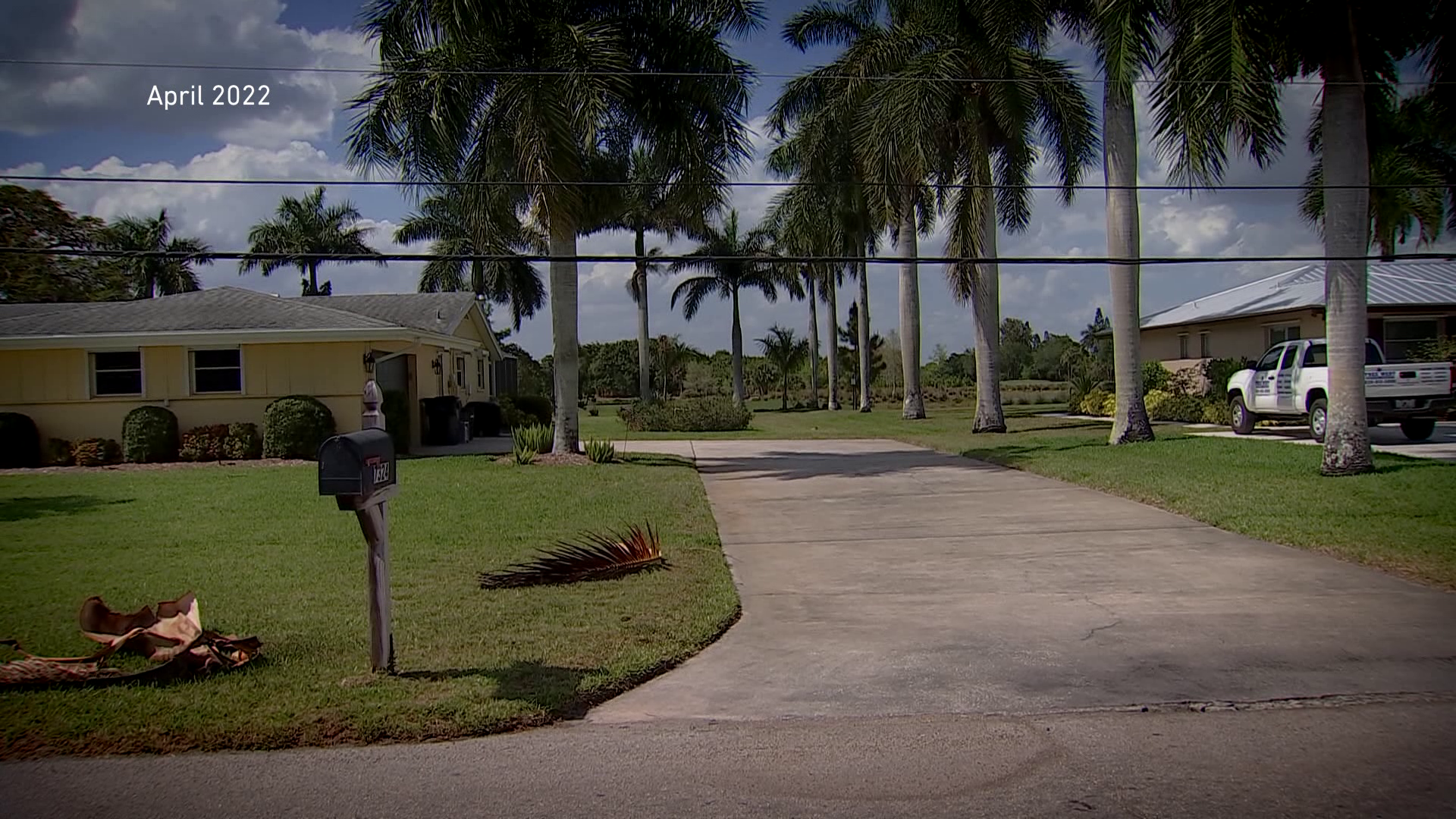 The homeowners say they’re thankful we were able to help them navigate the system and get results.

“I think this is great,” said Mr. Christie. “Why didn’t we call you sooner?”

He credits his wife Sherry for reaching out.

“She saw you on the news and said I want to send her an email. That’s where it started, and now it’s ended,” said Christie. “We got a nice pole and the wires are way above our driveway.”

The lowest line is at least 15 1/2 ft high which is a residential requirement. If you need help in your neighborhood and can’t get results, file a complaint with the Florida Public Service Commission.

If you have something you’d like investigated, email [email protected]