How low is too low for sagging utility lines?

How low is too low when it comes to sagging power and utility lines? A Lee County homeowner says the ones at the end of her driveway are too low for emergency vehicles to pull in. She says she’s tried for years to get the companies to fix this safety issue with no success. So, she reached out to us.

WINK News Investigative Reporter Celine McArthur finds out who’s responsible for those lines and what it takes to get them pulled back up.

Every time Sherry Christie pulls into the driveway of her Cypress Lake home, she looks up and wonders, how low will those lines have to go before something’s done about them?

“I can’t believe it hasn’t been fixed yet,” says Sherry.

She says these power, cable and phone lines have sagged since Hurricane Irma in 2017.

“We’ve been contacting FPL we contacted CenturyLink, we contacted Xfinity, everybody says well, you know, it’s not us,” says Sherry. “It’s passing the buck. Nobody wants to take responsibility for it.”

Five lines cross her driveway. I pulled out the measuring tape. The lowest one hangs about eight and a half feet above the ground.

Sherry watched as an ambulance recently couldn’t pull into the next-door neighbor’s driveway. 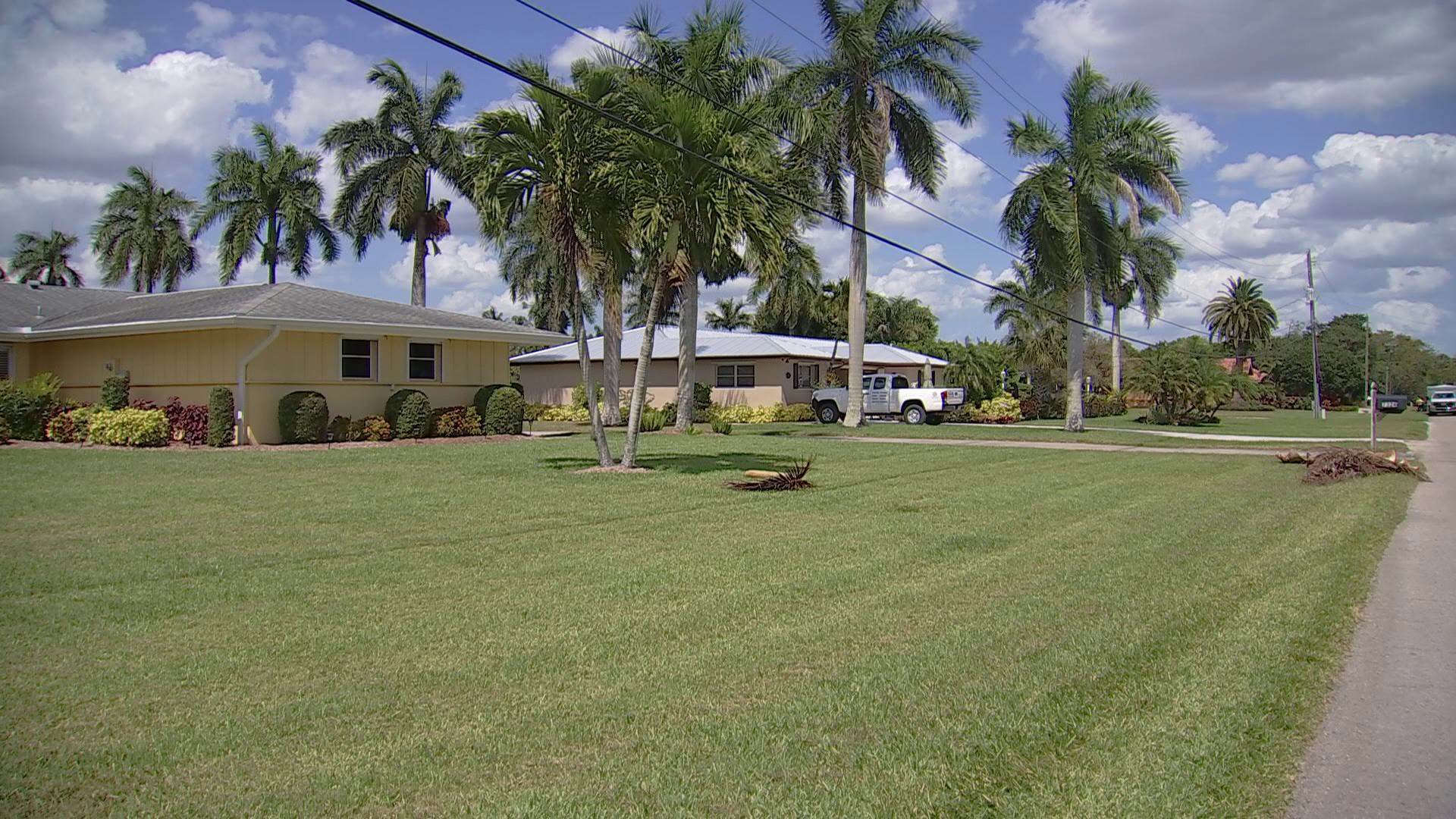 “I’m very, very angry at that point thinking you know that this, this is an emergency situation that’s not being dealt with properly, because they have no access to that driveway,” says Sherry. “What, if those extra few minutes had cost her, her life? That’s not right.”

He says the District’s emergency vehicles won’t clear those lines—he showed me the specs. However, he says that’s usually not a problem.

“We don’t typically have an expectation of driving our vehicles on a residential driveway,” says Aqui. “However, it does still present a hazard. And if there is a concern, it absolutely should be should be reported.”

“I don’t even know what to do about this anymore,” says Sherry. “I don’t know who the next person is to call. I saw you on TV, so I thought, you know what? I’m going to send her an email and take some pictures and see what she says.”

I reached out to Florida Power and Light, CenturyLink and Xfinity.

FPL says its lines are high enough, but — as a courtesy — will install a new pole at no cost to the customer. It can’t, however, force other utilities to use it.

CenturyLink, also known as Lumen, sent out a crew to investigate. In a follow-up email, the company says the technician determined all the lines need to be raised, and while it’s not an easy fix, they will work with the other utilities to resolve the issue.

I then called Xfinity. I couldn’t get a manager on the line locally, so I emailed corporate communications. In less than 30 minutes, they told me they’d get their local ops team to investigate the location ASAP and fix the drooping line.

Sherry is encouraged by the progress, but still frustrated that it took this much time and effort to make it happen.

“There has to be some accountability,” says Sherry. “And so far, there hasn’t been.”

The Florida Public Service Commission, which regulates utilities, tells me the minimum height requirement for lines in residential neighborhoods is 15 and half feet. That’s about seven feet higher than the lowest line in front of Sherry’s home. Also, had Sherry filed a complaint through them, the utilities would have had between 72 hours to 15 days to respond.

FPL says the new pole will be installed in about three weeks. I’ll let you know when the work is done.

If you have something you’d like Céline to investigate, email at [email protected]