How long could you go without running water in your home?

One Charlotte County couple has been living that way for more than a year. They tried to get their landlord to make their rental livable but had no success, so they reached out to us for help.

Celine McArthur dives into this water war to show you how this was allowed to happen for so long and what has changed since she got on the case.

For Derrick Thomas and Katie Croft, moving into this Harbor Heights apartment together was supposed to be an adventure.

“It was an exciting step,” says Croft. Thomas adds, “a treat to ourselves because we worked for it.”

On the morning of March 5th, 2021, they signed the lease. They paid the landlord — 82-year-old Peter Phung — first and last month’s rent and a security deposit totaling more than 31 hundred dollars.

They got the key and started to move in. That’s when the couple spotted a leak coming from the toilet.

“It made me worried because I have plumbing experience,” says Thomas. “So, I knew it was a problem and I felt uncomfortable leaving the water on at the main.”

He called Phung’s son Andrew, who’s been their main point of contact during the rental process.

That night, the couple says they came home to a huge flood.

“When I opened the door. I couldn’t,” says Thomas. “I wasn’t even prepared for like all our stuff was soaked.”

Katie says, “It was just walking through just what like waves of water throughout the house.”

Thomas says the landlord paid to clean up the mess and sent in a plumber.

“When I was listening to the plumber and our landlord go back and forth on the phone about the cause of the flood, and about how the plumber was telling our landlord that there’s no way anybody should have been in here, there’s a leak in the slab,” says Thomas. “And just hearing him say there’s a leak in your slab, like it’s a serious problem. He doesn’t want to pay the money to fix it. And it’s like, man, this guy really is like a slumlord.”

The couple spent their savings to get into this apartment. In a tight and expensive market, they felt trapped. They stopped paying rent, hoping that would motivate the landlord to fix the plumbing problem. It didn’t. So, they figured out how to live without running water.

“So, we start buying more water, your expenses start going up. And then it got to the point where we were spending $400 a month at Pilot on just showers alone,” says Croft “It just became the new norm, really,”

In May of 2021, the landlord died, leaving his sons to manage the family properties, prolonging the water war.

“We ended up meeting our landlord’s middle son,” says Thomas. “He told us that he couldn’t fix our problem until everything was out of probate.”

Fast-forward to February of 2022, just under a year after the couple moved in. Still no running water, but they did get an eviction notice. They fought back.

“We had to learn how to be lawyers, essentially,” says Thomas.

They filed a request for a hearing and what’s called a Motion to Determine Rent. The judge decided rent for their unit was worth $1.00.

As I’m investigating, the Phungs’ lawyer offers the couple a deal: $11,000 if they move out by the end of April. As part of the agreement, they’re no longer allowed to talk to us about the conditions they endured or the settlement.

So, how was this allowed to happen for so long? The Florida Bar says, “The landlord is required to rent a dwelling that is fit to be lived in. It must have working plumbing…”

Charlotte County Code Enforcement Manager Shawn Horton describes this case as a “convoluted crazy mess.” While Thomas tells me he reached out to code enforcement last year in March, Horton claims they didn’t know the couple was living in that unit without access to running water. Otherwise, they would have stepped in and potentially deemed the apartment unsafe. However, that could have forced the couple to move out and that’s not what they wanted.

Attorney Kristie Scott specializes in landlord-tenant issues. She isn’t involved in this case, but I asked her to weigh in.

“This is, it’s outrageous,” says Scott. “People need access to, you know, utilities and water in order to live, and so that would definitely be something that’s just unacceptable.”

Scott says cases like this aren’t rare, which is why there are laws aimed at protecting tenants. However, in this competitive market, she thinks complaints about landlords neglecting their properties will become even more common. 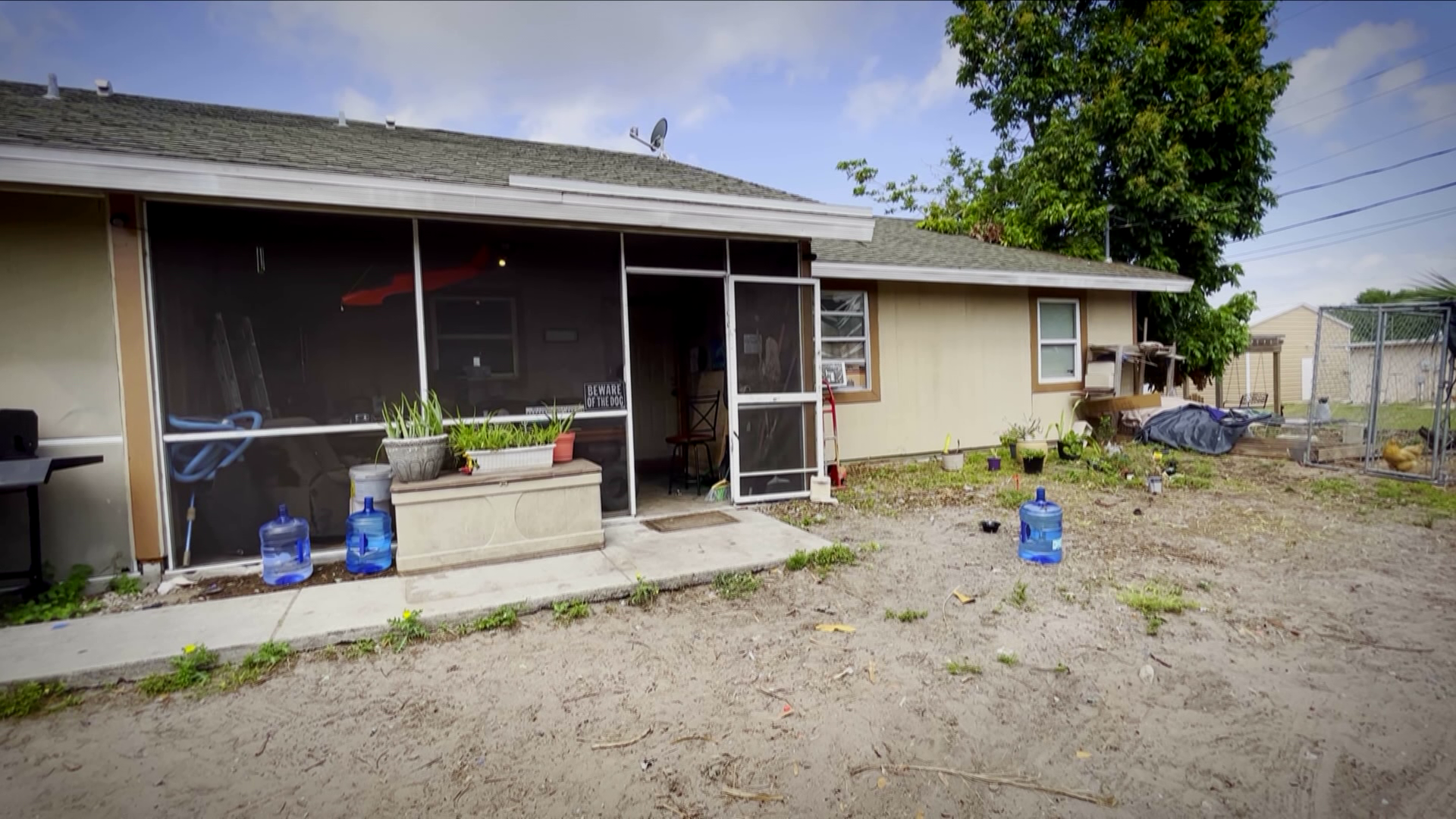 “Unfortunately, I do. And I’m, I’m an optimistic person,” says Scott. “I think that because Southwest Florida is becoming just a very expensive place to live, and unfortunately, money is something that motivates people.”

If this happens to you, Scott recommends taking legal action like Thomas and Croft, but much sooner. Don’t wait a year.

Before the couple’s settlement gag order took effect, they told me how they wanted this water war to end.

“At the end of the day, we hope we position ourselves in a way where we’ll be okay,” says Thomas. “We want to be able to have anybody that goes into these situations, or more so, shed light or make them feel like they can fight for themselves.”

I reached out to Phung’s attorney Jason Lucas to find out more about the settlement and the no-water situation. I called and emailed—no response. I also tried him at his office and no one is there. I’ll let you know if I get a response.

If you have something you’d like me to investigate, email me at [email protected]