A fire has torn through a house in the Vanderbilt Country Club Thursday morning.

Two people and a dog are safe thanks to a good Samaritan, whose identity is unknown.

Greater Naples Fire Chief J. Nolan Sapp says the fire began in the garage of a house on Gleneagle Way before spreading to the attic and then to the rest of the house.

“We could actually see the column of smoke from the fire station,” Sapp said.

Remiker said he was doing work on a nearby driving range so he thought it could be a controlled burn but quickly realized it was not.

“Immediately as soon as we got out here, we knew that it wasn’t that, that it was a house fire. And that’s when we called 911,” Remiker said.

“A passerby had gone in and it woke the family up that lived in the house. Two people along with their pets were inside of the house. They woke them up they got them out of the house,” said Sapp.

Remiker believes the hero who ran into the home is someone who works inside the Vanderbilt County Club community. Some neighbors say it was a groundkeeper who ran inside.

“They went into action and knocked on neighbors’ doors get people out safely and alert them,” said Remiker.

That fight or flight response may have been life-saving. A couple and their dog were saved from the flames.

“There’s never been a fire or anything of this magnitude ever,” said Remiker.

The fire started in the garage and quickly spread to the attic before taking over the house.

“Things like that just don’t happen here,” said Remiker. “It was really astonishing just how intense and how large the fire was really amazing.”

Amazing in the worst sense of the word as the fire destroyed the home on Gleneagle Way.

It took close to an hour to extinguish the fire, Sapp said.

“Thank God for good neighbors and a good community the people here at Vanderbilt Country Club and the maintenance team that controls landscape maintenance here. They went into action and knocked on neighbors’ doors to get people out safely and alert them of the danger,” Remiker said.

The fire marshal is investigating the cause of the fire. 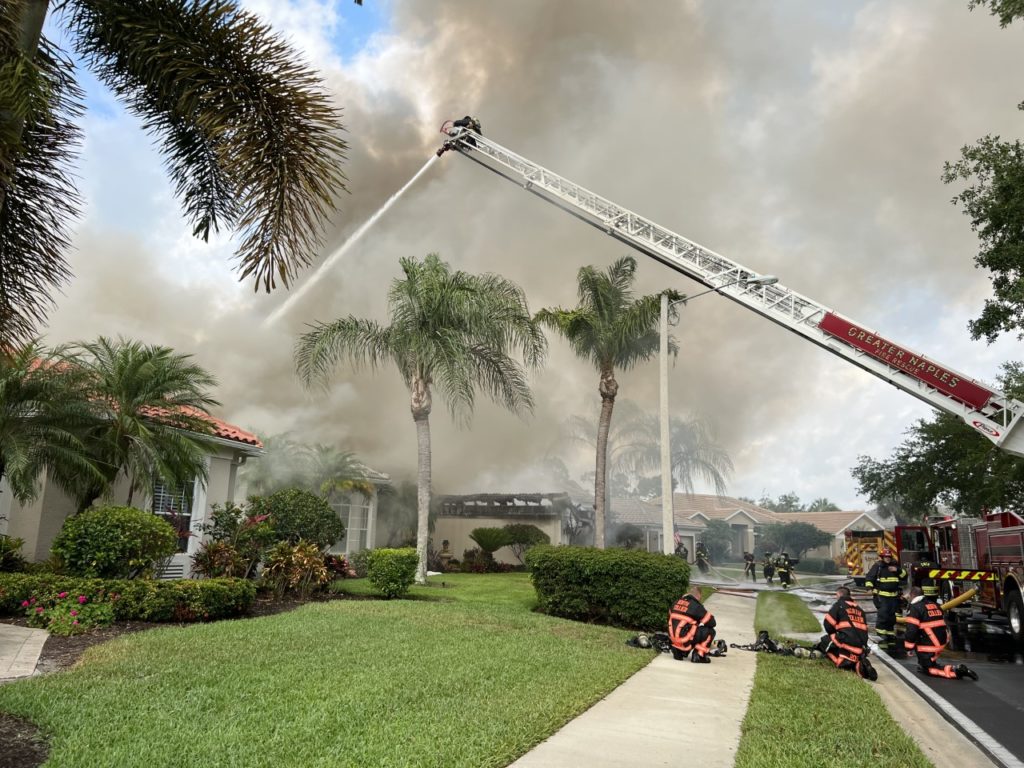