1 child dead, another in serious condition after being hit by a car at an Arcadia daycare

The Florida Highway Patrol says one child has been killed and another left seriously injured in a crash at a daycare center on SR-70 in Arcadia on Wednesday.

After the crash, crime scene tape was placed around the Imagination Station Learning Center on SR-70 near Mills Avenue in Arcadia.

Stidham never thought those screams would be from kids at the daycare. She lives right in front of it.

Witnesses said the black SUV crashed through the fence and into the playground, and the vehicle started to smoke.

Becky said kids were playing at the time of the crash. “It’s a pretty traumatic episode for all the kids seeing a vehicle just come right at them.”

The impact was so hard the SUV’s airbags deployed. WINK News cameras saw the fence broken, a pole and metal playground equipment bent in half.

“I pray and hope that all those kids are in well for him and that they’re not seriously injured to where they won’t be able to come back and be a normal play for child again,” said Becky.

FHP says one of the two hit kids was taken to DeSoto Memorial Hospital in critical condition and was declared dead. The other remains there in serious condition.

Kiara Morant, the 18-year-old driver from Arcadia, is out of jail after the crash. She faces a charge of driving without a valid license. 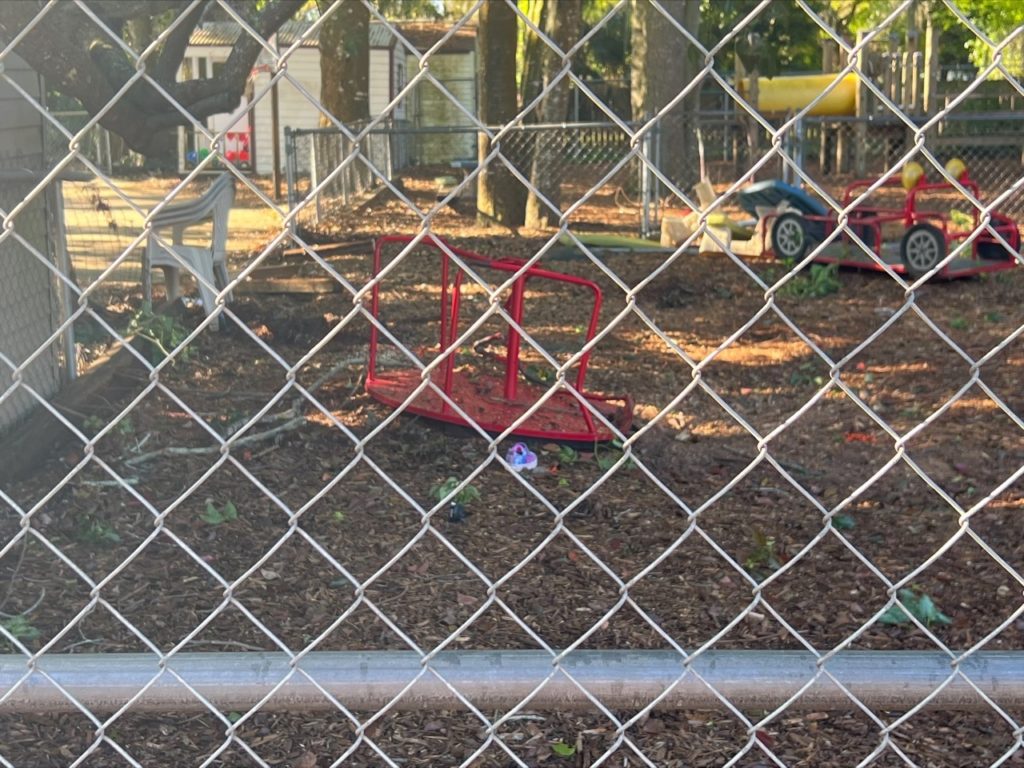