The daughter of a Collier County woman who was in a crash that killed a 10-year-old says the crash wasn’t her mom’s fault.

Monica Arnsperger, 59, is now sitting in jail in Kentucky. Florida Highway Patrol says Arnsperger was behind the wheel and driving under the influence during a crash that killed a little girl.

Collier County deputies went as far as to say that Arnsperger was passed out behind the wheel when they got there. Now, WINK News is speaking to Arnsperger’s daughter, and she says the crash wasn’t her mother’s fault.

She says her mom has a host of medical issues that caused her to lose control of her car along US-41 near the intersection of SR-29 in Collier County. But, the daughter also made it clear that she’s not trying to erase the little girl’s family’s pain. 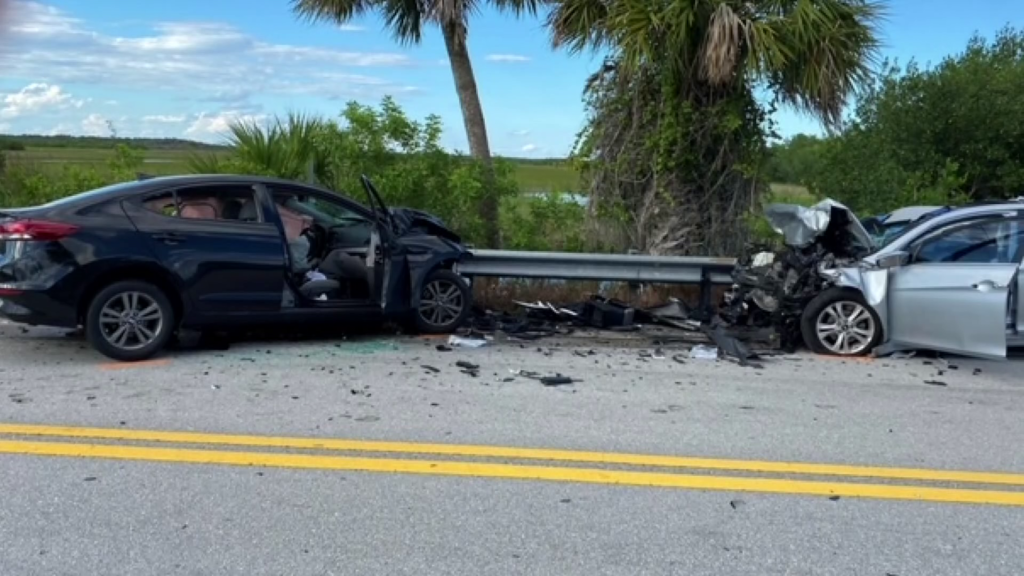 A ten-year-old girl was taken from her family, from this world. A 59-year-old woman and mother is behind bars. That woman’s daughter, Taylor Shockey, says that crash investigators got it all wrong.

“When I talked to the, like, you know, the nurses and staff at the hospital, they said that she did not crash or, you know, pass out due to being high or drunk,” said Shockey.

Shockey told WINK News that she believes a combination of medical issues caused her mother to blackout behind the wheel. FHP disagrees with this.

Shockey says her mother was not on any drugs or substances at the time of the crash. “No, okay. According to what the doctor’s nurse told me. No, she was not,” she said.

The crash happened on Sept. 26 of last year. Police arrested Arnsperger in Kentucky this month. When asked if her mother left “the state of Florida to try to escape some kind of repercussion from the crash?” Shockey replied, “No.”

Still, a 10-year-old girl is dead as a result of this crash. And, Troopers said, Arnsperger’s car crossed the center line and slammed into the car that the victim was riding in.

Taylor Shockey says her mom doesn’t deserve to spend 15 to 30 years in prison for what she’s calling a “medical accident.” Shockey expects her mom’s extradition process to take at least a week, if not more.