A debate is swirling over a slice of paradise on Marco Island’s Tigertail Beach –to dredge, or not to dredge.

Friends of Tigertail Beach is a nonprofit with a goal of protecting the area and its president, Linda Colombo, fears an overwash of sand is closing off the lagoon, threatening marine life, vegetation, and navigation.

“If that happens, then water quality in the lagoon area will deteriorate,” Colombo explained. “We don’t know what bacteria is causing poor water quality. That still needs to be furnished but we do want to have our lagoon open to the fresh seawater, to have a good tidal flow.”

The Hideaway Beach Tax District is pushing for a dredging project at the northern spit, where accumulating sand could block off the lagoon.

Linda Ryan, a board member with the tax district, said the project, which has to undergo state and federal permitting and biological monitoring, would also establish a flow channel in the middle of Sand Dollar Island. “So in this case, we’re trying to protect this coastal lagoon that was damaged in Hurricane Irma and if we do nothing, we are going to lose this coastal lagoon and we don’t want to see that happen.

People concerned about the project are worried about a portion of Sand Dollar Island that some shorebirds call home.

Brad Cornell, policy staff with Audubon Western Everglades and Audubon Florida, said the proposal that’s on the books right now is not acceptable to Audubon, adding, “We see this as destruction of bird nesting habitat.”

Cornell said hundreds of threatened birds nest here in the summertime.  “Black skimmers, Wilson’s plovers, least terns, and these birds really depend on the protection that Sand Dollar gives.”

He says, as this area is part of a coastal barrier island, it changes all the time.

“The fronts that just brought all these tornadoes blew out a new pass, a new opening to the Gulf in Tigertail lagoon, which should help the water quality tremendously, and it raises some questions about what’s the need for this dredging project,” Cornell added.

But project advocates don’t believe the new opening will stick around long.

“If that could stay open, that would be wonderful,” Ryan said, “but in the past, there’s been a number of breaks here in Sand Dollar Island. There were three in Hurricane Irma alone, and in the past, they’ve all closed off; some quickly, some take a little longer.”

The people with the project hope that once they receive state and federal permits, they can begin work in November. 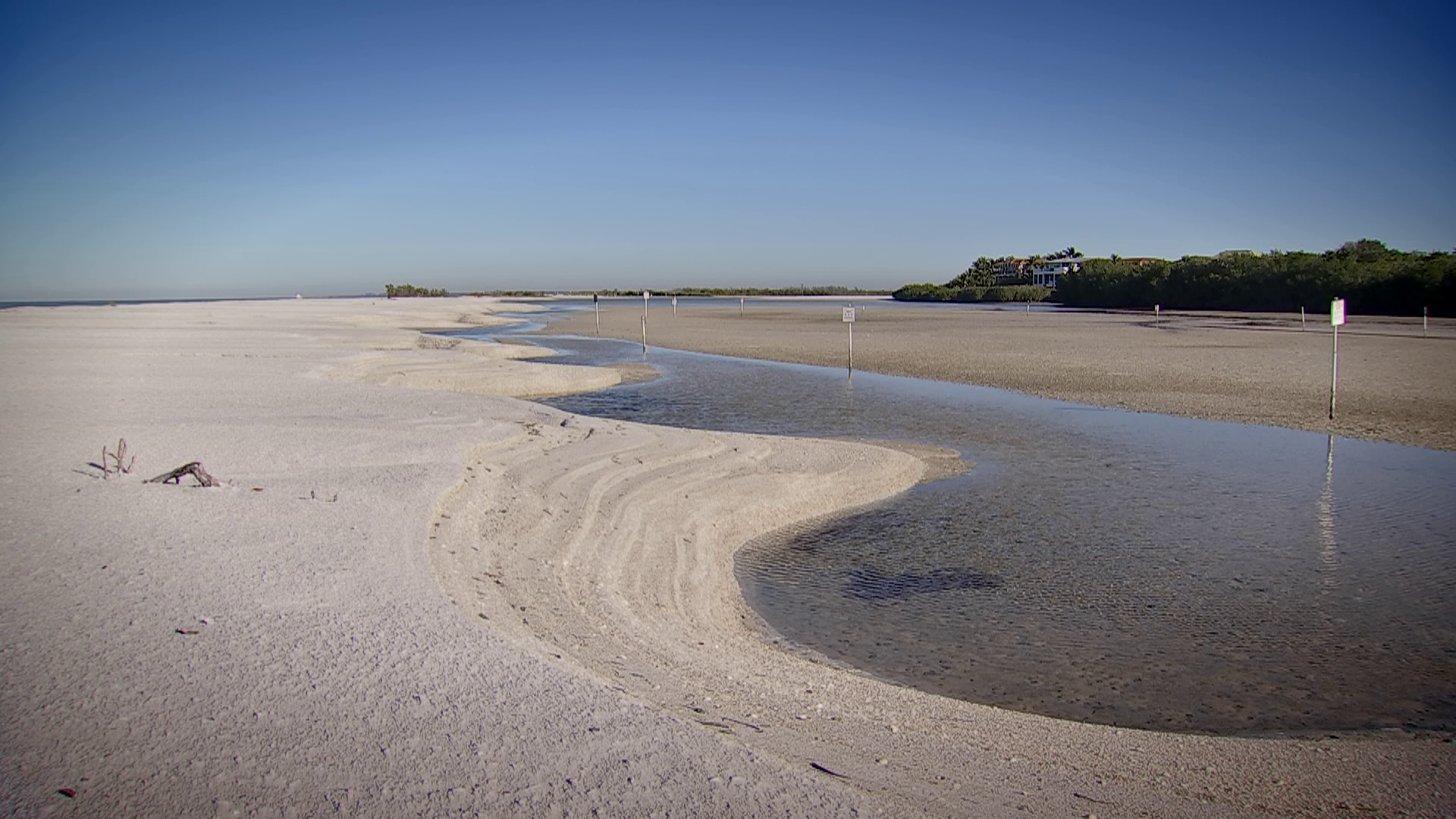