On Saturday, a woman from New Jersey died after reportedly having issues with her parachute while skydiving in Hendry County.

The Hendry County Sheriff’s Office says it responded to the Airglades Airport on Airglades Boulevard for a report of a skydiver who had issues with a parachute. When the deputy arrived on the scene, they found the victim dead within the airport’s grounds.

Hendry County Sheriff’s Office has identified the victim as 65-year-old Susan Sweetman of New Jersey. Deputies say the owner of the skydiving company told them Sweetman had an issue with her parachute before hitting the ground.

Gregg Flowers was on the plane and did the jump with Sweetman. He said he saw her struggle with what skydivers call line twists – just as it sounds, when the lines of the chute get wrapped around each other, preventing the chute from fully deploying.

Flowers explained, usually, skydivers can break out of the line twists and then use a reserve parachute. But Sweetman was already too low and running out of time.

He was above her in the sky and saw her struggling to get the lines open. He said, around 1,00 feet really is the last second to do anything and when he saw her there, that’s when he started praying for her.

“I said, you know, Lord, please protect her and help her because she was below an altitude where she could do anything. And she actually, it’s not an uncommon mistake. She struggled with those lines too long,” Flowers said.

Sweetman’s friends say she soared when she skydived.

“She was she was kind of a Swiss Army knife of skydiving,” said Paul Paul Bertorelli from Sarasota, who skydiver with Sweetman in the past.

Janet Lundquist, who set records in the sky with Sweetman, said, “she was on all the women’s world records. Oh gosh, I think the first one she was on was in Florida.”

They say Sweetman was an outstanding athlete.

“She could just be plugged into any slot and any kind of skydiving just fun jumping or competitive and she would do it well,” said Bertorelli. 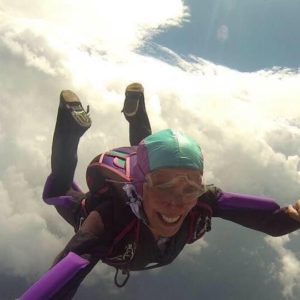 She was setting state, national, and international records.

Friends say she was a natural leader.

Lundquist said, “she loved advancing, you know, and trying harder. Always did it with a smile.”

People admired her for many reasons.

“Sue always was, she was just a solid person who you could just always count on and not just in skydiving, but in anything,” said Bertorelli. 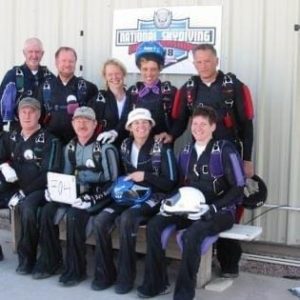 After what happened in Hendry County on Saturday, the skydiving community is mourning the loss of one of their very best.

Scott Macario from New Jersey, who also skydived with Sweetman, said, “the consummate professional. And then once you got on the ground, and it was then she was hilarious.”

Sweetman will now continue to soar and be remembered by many.

“There will be no replacing her and man with all these years of memories will all her friends and everything. Even though she’s gone, she will definitely not be forgotten,” said Macario.

The Sheriff’s office says Sweetman’s death is still under investigation and has not released any further details.