Southwest Florida’s largest fundraiser, the Naples Winter Wine Festival, is back this season and just announced some of its exclusive auction lots.

Imagine traveling between exotic destinations in Croatia on your very own motoryacht, fly fishing and golfing at amazing locations in New Zealand or enjoying rare fine wines from some of the world’s most renowned vintners. These incredible experiences and more will be among the many spectacular offerings auctioned off at the 2022 Naples Winter Wine Festival, which returns to The Ritz-Carlton Golf Resort, Naples on January 28-30, 2022.

The NWWF will celebrate its 22nd year, impacting more than 50 of the most effective nonprofit organizations in the community and providing more than 275,000 local children with the services and resources they need to excel. Due to the COVID-19 pandemic, the 2021 Festival was reengineered virtually to prioritize the health and safety of all NCEF donors, patrons and partners. 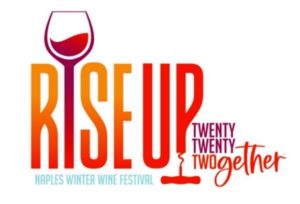 This year’s items include box seats to a Packers game with pregame passes, trips to Turks & Caicos and New Zealand and a brand-new Mercedes-Benz wagon.

The Naples Winter Wine Festival is put on by the Naples Children and Education Foundation, which provides various services to children in Collier County. Thanks to the money raised at this festival, low-income families can afford early learning for young children, after-school care, glasses, doctors’ visits, mental health care and food.

“Every penny raised under the tent goes directly to the children, not one penny of that is used for operations, not one penny is used to put on the festival,” said Paul Hills, chairman of the board of NCEF. “Those monies are part of the Foundation.”

Since NCEF started in 2001, it’s raised $220 million that goes to dozens of nonprofits in Collier County focused on the wellbeing of children.

For a complete list of packages and additional details, visit: napleswinefestival.com

Green Bay Packers Football / Kohler Whistling Straits: Tundra and Turf: Up to four (4) couples will fly privately on a Global 6000 from Naples, Florida, to Kohler, Wisconsin to “Football Mecca” Lambeau Field in Green Bay with lodging at Riverbend mansion for two (2) nights in Kohler. Guests will golf at the world-famous Whistling Straits, host of the 2020 Ryder Cup. They will also enjoy Green Bay Packers pregame field passes, then watch an NFL game in one of the only luxury boxes with a fully opening window with hosts Shelley and Ralph Stayer. 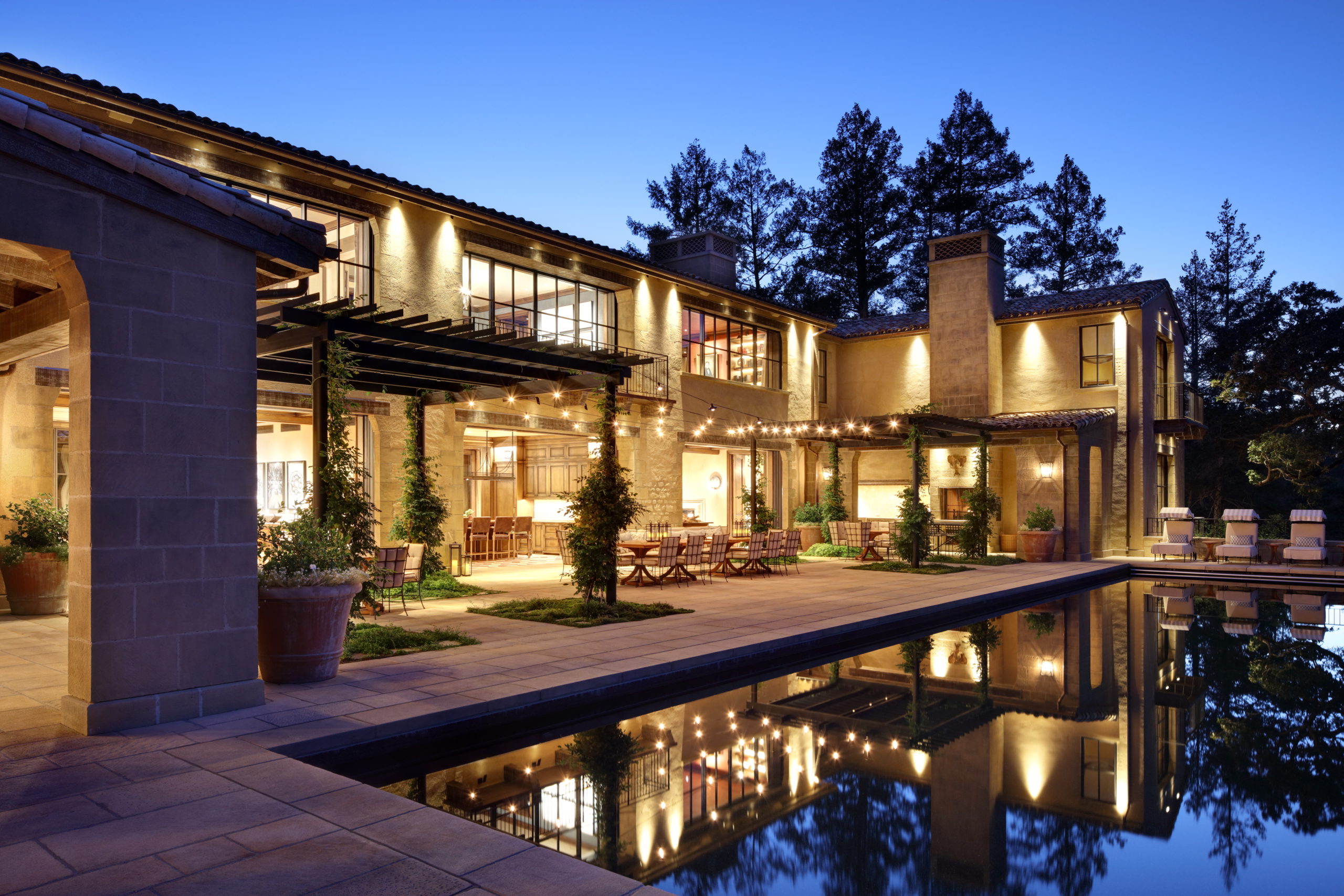 Knights Bridge Winery: From the Villa to the Valley: Two (2) lucky couples will enjoy the jet set lifestyle with Private Airfare from Naples, Florida, to Turks & Caicos; Private Airfare from Turks & Caicos or Naples to Page, Arizona; and Private Airfare from Page, Arizona, to Santa Rosa, California. In Turks and Caicos, they will enjoy three (3) nights’ accommodations in a private Villa at Amanyara, including two (2) dinners at The Restaurant, paired with Knights Bridge wines, and one (1) private massage for each person. This package also includes one (1) night’s accommodation for two (2) couples in a Suite at Amangiri in Canyon Point, Utah, including one (1) dinner at the Amangiri Restaurant, paired with Knights Bridge wines.

Korta Katarina & Croatia: Miracle on the Adriatic: An eight (8)-night adventure by air, land and sea for five (5) couples to Croatia. Guests will fly Roundtrip, Private Airfare from New York to Split, Croatia and spend two (2) nights aboard the 201-foot CRN, 16-crew motoryacht Katharine, cruising the cities of Trogir and Hvar and transfer by tender to the Villa Korta Katarina and Winery in Orebic.

Guests will enjoy a four (4)-night adventure at the Five-star Relais & Châteaux Eight-Suite Villa with a tour, lunch and tasting at the KK Winery and estate vineyards and opportunities to explore local areas, such as a boat cruise to the ancient village of Korčula with an exquisite lunch at Lešić Dimitri Palace and tour of Mali Ston and oyster gathering for lunch. Guests will depart Korta Katarina Villa and Winery for their final two (2) nights in Croatia, once again aboard the motoryacht Katharine. They will visit the towns of Polace and Trogir. Guests will be transferred to Split where they will depart for the United States via Private Jet. 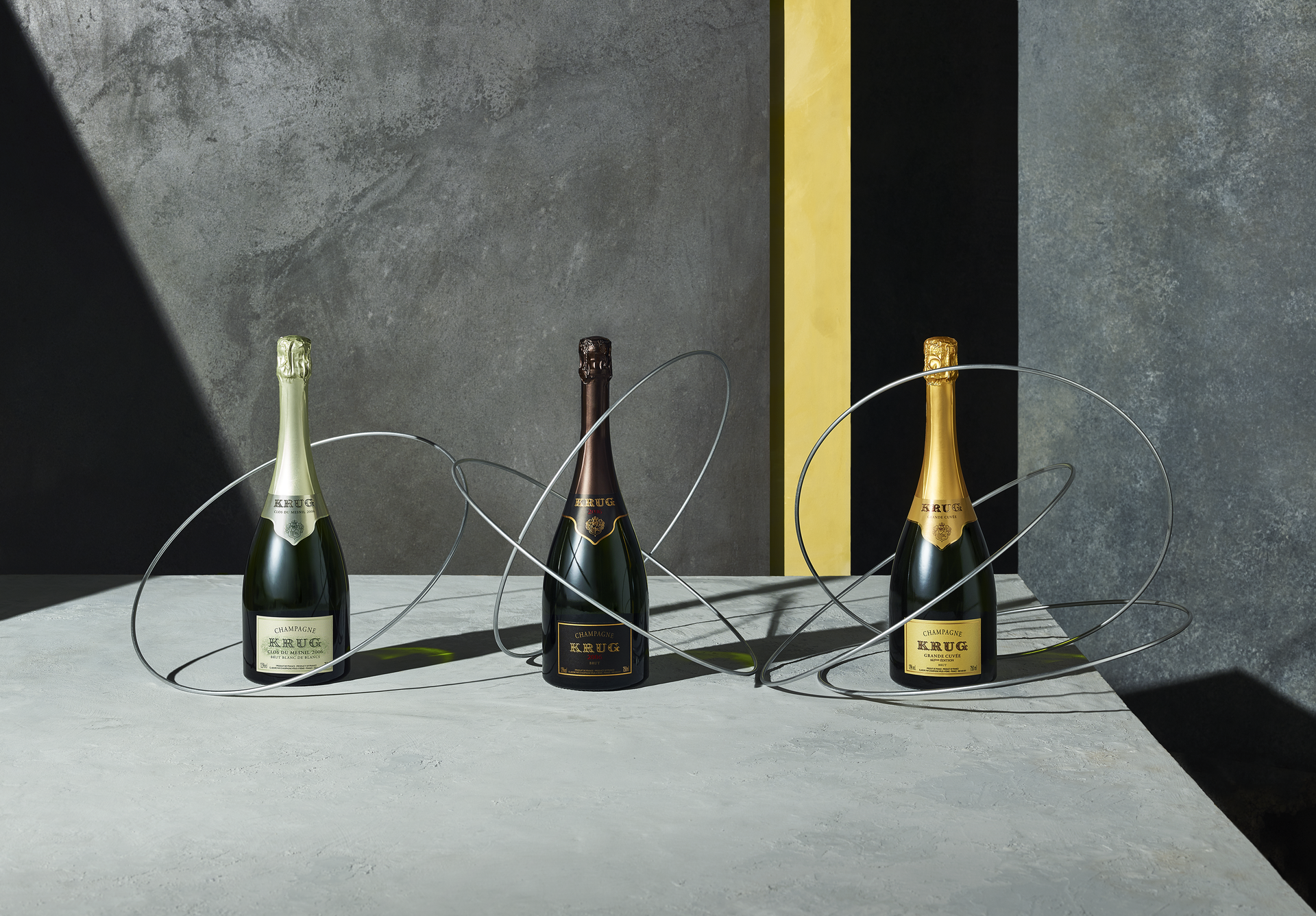 Krug Champagne: A Hymn to Krug and the Glories of France: Two (2) lucky couples will enjoy five (5) nights in France and a separate private Krug Music dinner experience for a total of ten (10) people in a private residence of their choosing in the United States with a selection of Krug Champagnes. In Champagne, France, guests will spend two (2) nights at Les Crayéres in Reims and visit Maison Krug for a “Soloist to Orchestra” experience, followed by a Krug dinner with an executive member of the House. They will also visit Krug’s Clos du Mesnil vineyard for lunch with a representative of the House and enjoy dinner at Michelin Three-starred l’Assiette Champenoise, prepared by chef Arnaud Lallement.

Also included are three (3) nights’ accommodations at Cheval Blanc Hotel. Guests will travel to the Louis Vuitton Foundation and enjoy a caviar and Krug lunch at a former French caviar workshop, RIVA Private cruise on the Seine River, dinner experience at a Michelin-starred restaurant, private backstage tour at the Opéra Garnier, and dinner experience at the Moët Hennessy Private Apartment complemented by some of their iconic Maisons: Krug, Cheval Blanc, Château d’Yquem and Hennessy rare cognacs. Each couple will also receive highly coveted Krug Champagne, including three (3) 750ml sets of Krug “Soloist to Orchestra”, one each from the years 2003, 2004 and 2006. The “Soloist to Orchestra” set includes a bottle of Krug Clos du Mesnil Blanc de Blancs, Krug and Krug Grande Cuvée and Krug Grande Cuvée.

Lakani Jet Excursion: Explore the Ancient Cities of Europe by Private Jet: A fifteen (15)-day exploration aboard Lakani World Tours’ private 15-passenger jet for one (1) couple with Roundtrip, Business Class Airfare from a major airport in the United States to Munich, Germany, and return from Budapest, Hungary. 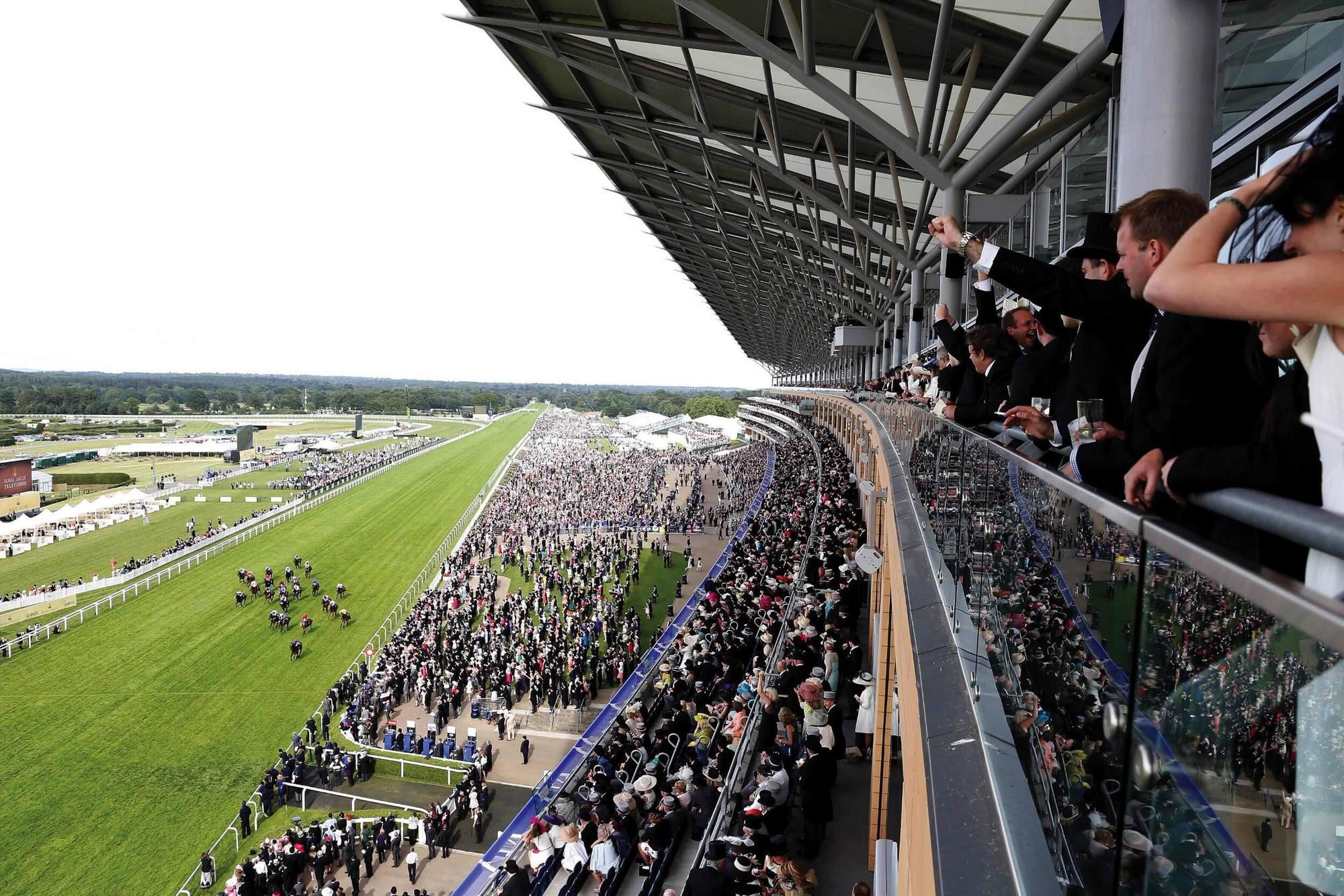 Lokoya: A Day at the Races – Three (3) lucky couples will enjoy a six (6)-night Royal Ascot experience with limited-edition collection wines from Lokoya Estate. This special package includes a two (2)-night stay in the Suites at the Mandarin Oriental hotel, fittings for bespoke tail suits for the gentleman and hats for the ladies, a private tour of the Household Cavalry Barracks, private perfumery experience at Floris and evening entertainment at a West End Show or the Royal Opera House. Guests will then transfer to Heckfield Place for four (4) nights in Signature Suites and a private tour of Highclere Castle; behind the scenes tour of the Ascot racecourse, including the jockey’s room and weighing room; meeting with the Clerk of the Course Chris Stickels; and walking on the hallowed turf.

Also included is lunch at 5 Hertford Street Private Member’s Club in London, a personal shopping experience at Harrods (purchase not included), invitation to the Goff’s sale at Kensington Palace and dinner at Annabel’s Private Member’s Club with guest Frankie Dettori. On the first day of the race, guests will enjoy a chauffeur departure for Royal Ascot and private box in the Royal Enclosure with Stonestreet wines, with appearance by Frankie Dettori in your box. The second day of the race includes helicopter departure for Royal Ascot, private box in the Royal Enclosure, ownership experience of the Stonestreet runner, access into the pre-parade and paddock with the owner’s tactic discussion with the jockey, viewing of the race from the Owners and Trainers enclosure, afternoon tea in the Banke’s private box and dinner at Farleigh Wallop. 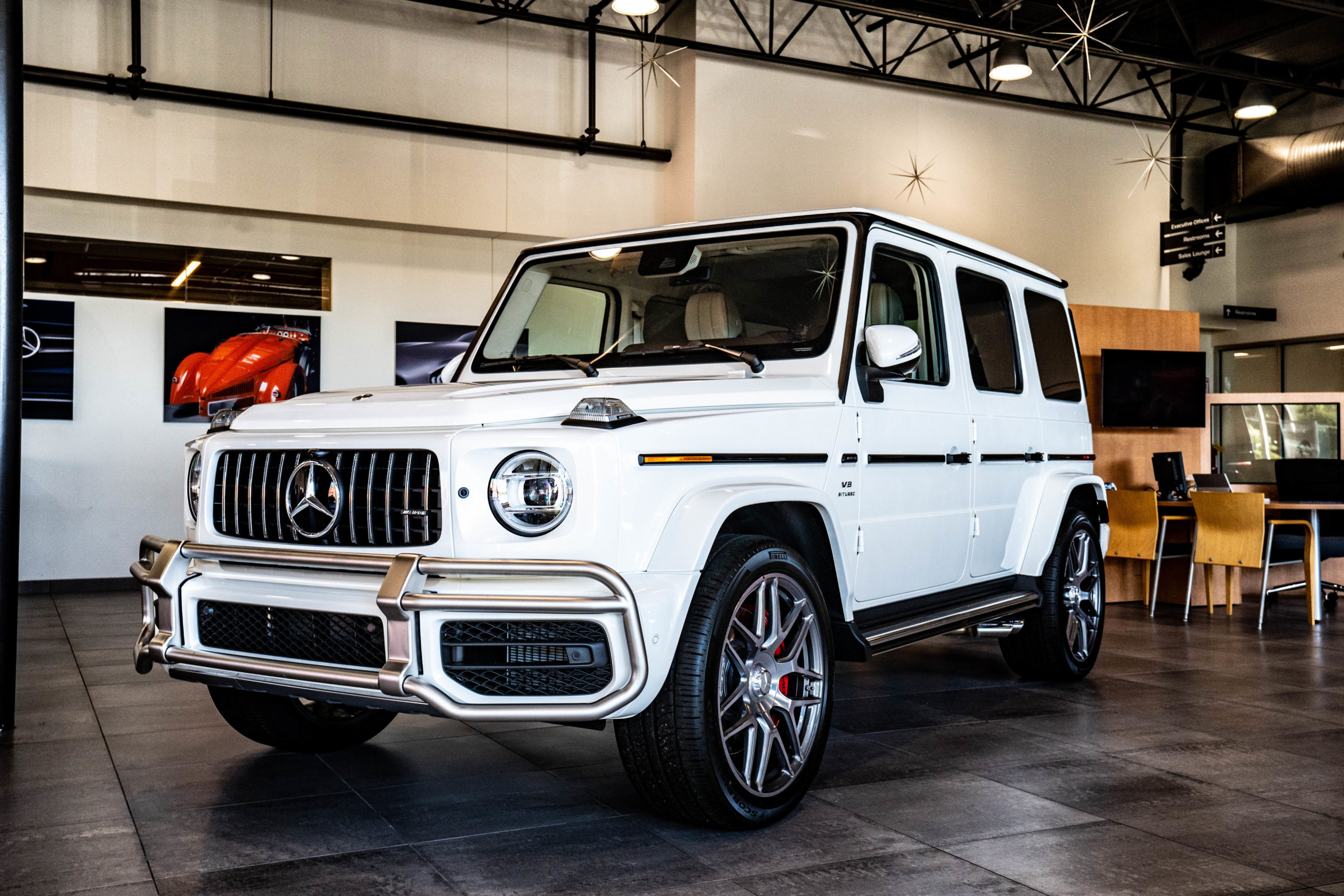 The G63 comes with dual USB audio ports, Bluetooth audio streaming and a 15-speaker Burmester surround sound system for blasting out your favorite tunes. For the driver, there are two 12.3-inch high-resolution displays as well as enhanced voice control. The unique COMAND system gives you intuitive, one-touch access to entertainment and navigation. The keys will be waiting for the lucky winning bidder to drive away in this dream vehicle.

New Zealand: From the Links to the Lakefront: Two (2) lucky couples will spend thirteen (13) nights in New Zealand with Roundtrip, Business Class Airfare departing from anywhere in the continental United States. Premier accommodations include a two-bedroom Member’s Cottage at Tara Iti Golf Club, The Suites at Te Arai Links, Hilltop Suites at Cape Kidnappers, Lake View Suites at Eichardts, Queenstown and Harbour View Rooms at Park Hyatt Auckland. Golf highlights include rounds at Tara Iti Golf Club (one of the hardest tee times on the globe to arrange), Te Arai Links (opening in April 2023) and Cape Kidnappers. Also included are fly fishing in Cape Kidnappers and Queenstown, a private wine tour and lunch in Hawkes Bay, a helicopter tour of Milford Sound, jet boating in spectacular Glenorchy, private tour and lunch at Amisfield Vineyard and private wine tour and lunch on Waiheke Island.