A five-week search comes to an end after remains found at the Carlton Reserve were identified as 23-year-old Brian Laundrie on Thursday.

The search for answers on how Laundrie died is just beginning.

Also to be determined is how long his remains were at the Carlton Reserve before they were found.

Investigators said on Friday that they were not able to determine Brian Laundrie’s cause of death. Now, his remains are headed to an anthropologist for further testing.

Laundrie has been missing since Sept. 13 when his parents say he left to go on a hike at the 25,000-acre nature park in Sarasota County.

He is a person of interest in the homicide of his fiancée 22-year-old Gabby Petito and he is wanted for using her bank card after her death. He and Petito went on a cross-country trip in a converted camper van to visit national parks. 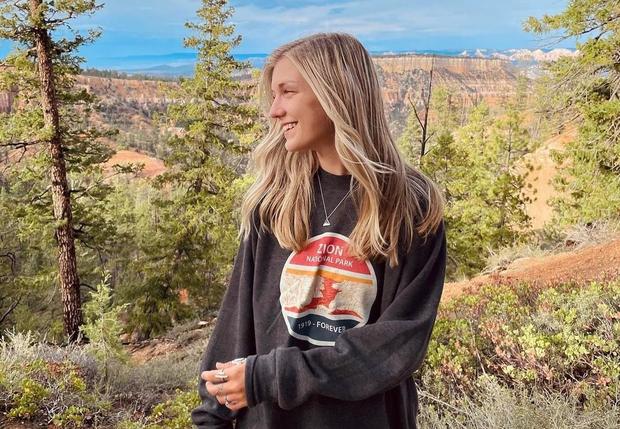 Laundrie returned to his North Port home on Sept. 1 without her but in the van they shared. Petito’s body was found on Sept. 19 in Grand Teton National Park in Wyoming.

The body of Brian Laundrie was found on October 20 in Carlton Reserve in Sarasota County, along with a backpack and notebook.

Many people across the nation want to know what answers the Laundrie parents hold.

It was Chris and Roberta Laundrie who went to the Carlton Reserve after it reopened to the public and found the first shred of evidence that their son was there.

The park had been closed for weeks while law enforcement did a grid search of the area. The North Port Police Department said it expects the park to reopen on Saturday.

WINK News Safety and Security Specialist Rich Kolko said this could mean law enforcement has collected all the evidence they need.

“At this point, feel they’ve gotten what they can from the area. But another important factor is they don’t want to make this into a tourist area or something that people want to attend and visit,” Kolko said. “They want to get what they got to get done, clean up, and get out.”

Now, any analysis of his bone could provide insight into what happened to him. But that could take weeks.

On Friday, the medical examiner announced that they were not able to determine a cause or manner of death for Brian Laundrie. Safety and Security Specialist Rich Kolko said law enforcement won’t give up on figuring out what happened to Brian.

“Law enforcement is certainly having complications determining Brian Laundrie’s source of death,” Kolko said. “They don’t want to give up on this. It’s important to the investigation. So, that’s really just taking it one step further. The anthropologist will have some additional tools, skills and resources to hopefully determine exactly what happened in the reserve.”

The Laundrie family attorney Steven Bertolino wishes people would stop speculating about Laundrie’s cause of death and wait for official news from the experts.

In an interview with NBC News’ Top Story on Thursday, Bertolino said Chris and Roberta are dealing with a lot.

He told them that Laundrie was upset when he left the home but that his parents didn’t know he was going to disappear.

Bertolino also spoke to a WINK News affiliate from New York, WABC about what his parents noticed the day Brian left. “Chris And Roberta knew that their, their son, Brian was grieving. They knew he was so upset and you know, they just couldn’t control that he was leaving and he left, he walked out the door and Chris has said to me, I wish I could have stopped them, but I couldn’t,” Bertolino said.

Bertolino said Chris Laundrie does wish he could have stopped his son from leaving.

“Chris conveyed to me several times that you know, he wish he didn’t let him go, but he couldn’t stop them,” Bertolino told NBC. “This has been a painful saga for them since September 13. It’s been a long haul. Brian is a grown man, young man … He wanted to walk out the door. He was entitled to walk out the door.”

They have been silent under the advice of their attorney but did have a conversation with the FBI several weeks ago about possible criminal charges.

Bertolino said the Laundries are trying to process the news of their son’s death. They want privacy but the circus outside their home makes their grief more difficult.

For the first time after learning his son was dead, Chris Laundrie emerged from his home to receive a delivery.

And for the first time, protesters and media did not yell out accusations or questions.

“Chris and, Roberta Laundrie, are parents,” Bertolino told NBC. “They are just people, they have feelings. They have children, one of their children has just been confirmed as dead. It’s sad under any circumstances.”

Bertolino asked everyone to go home and give the family a break.

WINK News also asked Betolino when he thinks we might learn more from the anthropologist. He said there is no set timeframe at the moment.

The North Port Police Department confirmed to WINK News that Laundrie’s notebook found near his remains could be salvageable.