Lee County Sheriff’s deputies are searching for a suspect accused of robbing the BB&T Bank at 20280 Grande Oak Shoppes Drive in Estero.

The robbery happened around 1:30 p.m. Wednesday.

According to Southwest Florida Crime Stoppers, a man walked into the bank and gave the teller a check that he wanted to cash.

Just as the money was placed on the counter, the teller realized that the account the check was drawn on was actually closed. At that point, the suspect grabbed the cash and left the bank, fleeing the area in a black Chevy Equinox SUV. 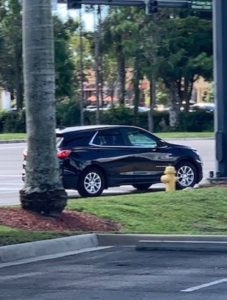 About a dozen marked and unmarked law enforcement vehicles were seen at the bank, which was cordoned off with tape.

People in the area saw what was going on, and they said they never would have expected someone to rob a bank in this area in broad daylight.

“There was like 15 cop cars out here, and like I saw a helicopter,” FGCU student Madinea Ruffini said. “And they were all like just walking around, and they were talking to people out here, and I was just like wondering what was going on.”

“I do know that people are out of work, and what can I say? They’re hurting,” Frank Cummings said. “A lot of people are hurting, and so they’re frustrated.”

The suspect in today’s robbery is also a person of interest in several other similar crimes that have occurred both in Lee County and Charlotte County — North Port, Cape Coral, Fort Myers and Estero — over the last few months, and as recently as two days ago.

“I can’t believe they haven’t caught him yet,” Ruffini said. “Hopefully, they catch them this time. It’s just insane.”

It wasn’t confirmed Wednesday how much money the suspect got away with.

Anyone with information on the identity and whereabouts of the suspect is asked to call Crime Stoppers at 1-800-780-TIPS (8477). All callers will remain anonymous and will be eligible for a cash reward of up to $3,000. Tips may also be made online at www.southwestfloridacrimestoppers.com or on the P3Tips mobile app. 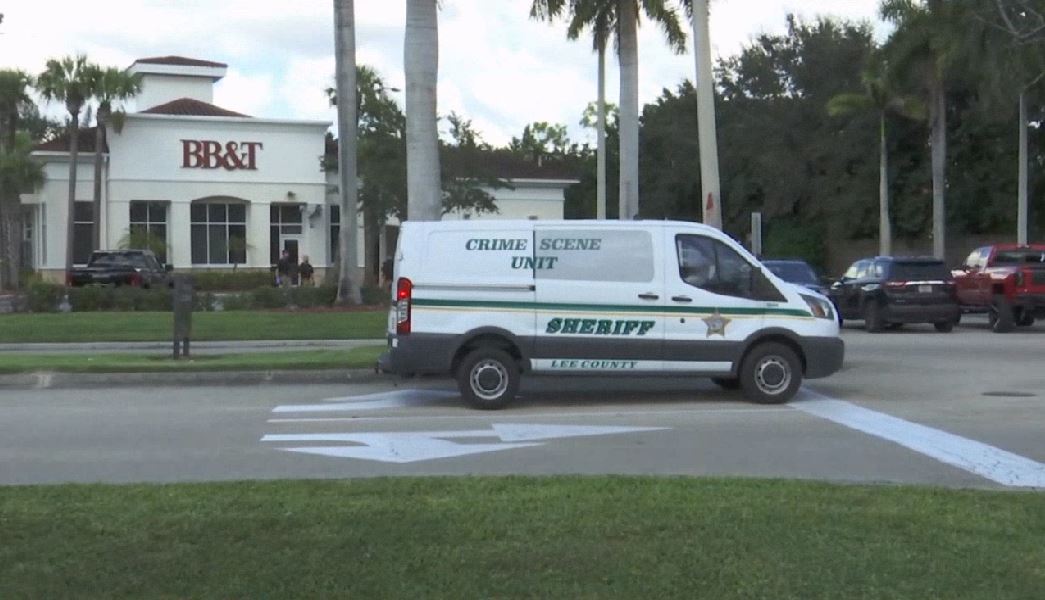