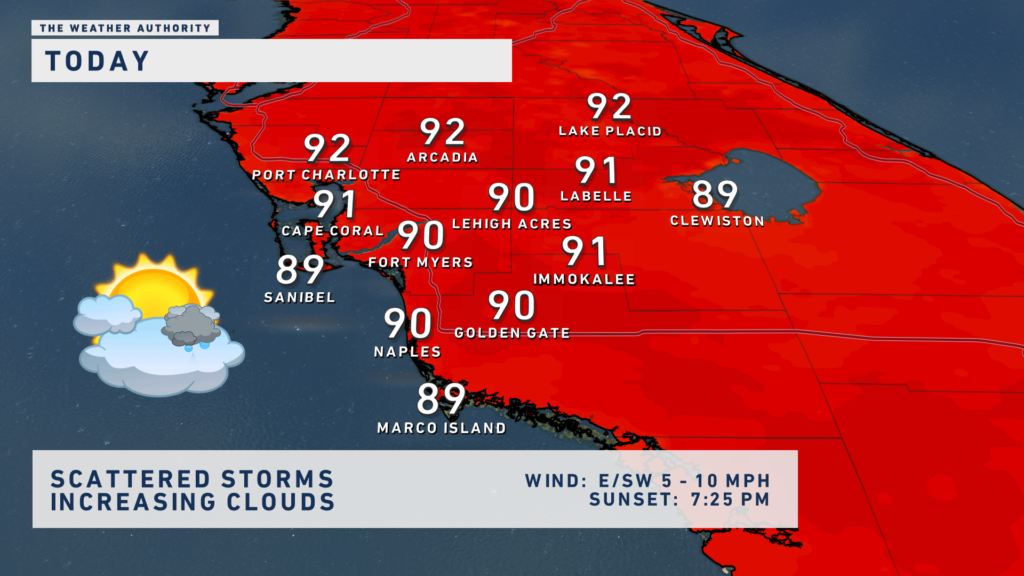 High temperatures will climb into the upper 90s with a few communities only reaching the upper 80s. 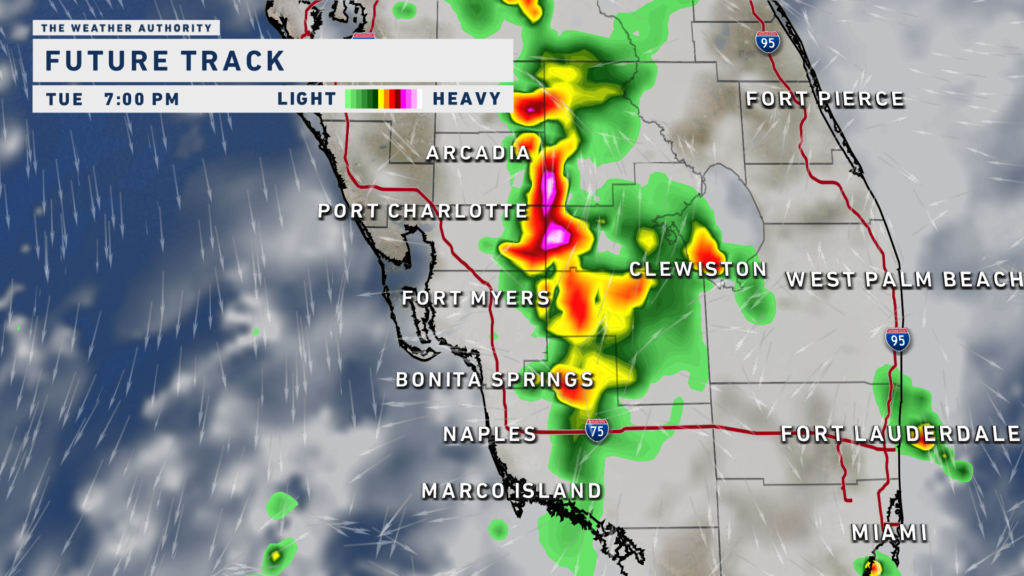 Rain chances will be slim and refined to the coastline until lunchtime. Expect scattered storms to form around then and increase in strength into the evening. The strongest of those storms will likely form inland. 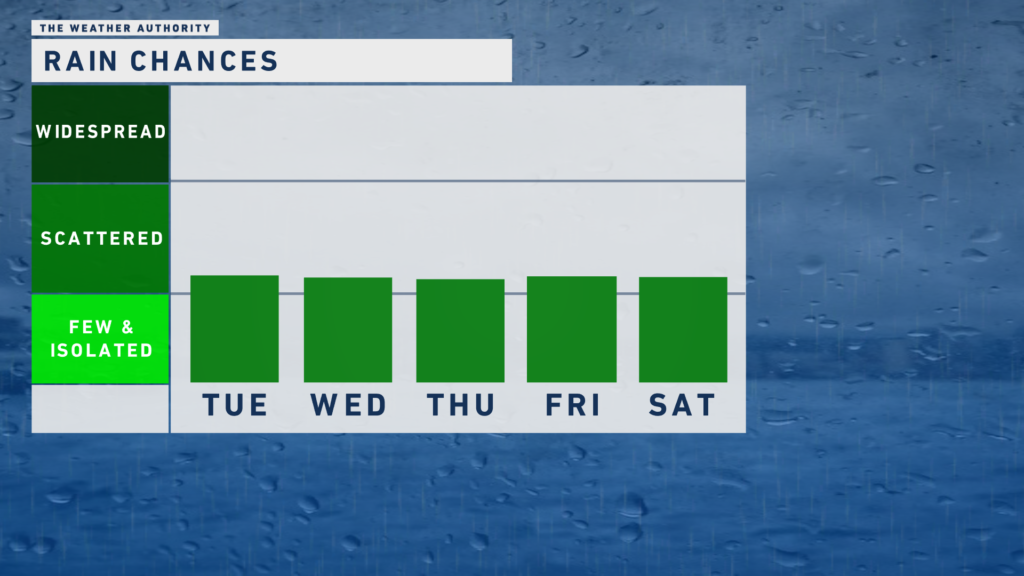 This is only a small serving of the active week we have ahead. 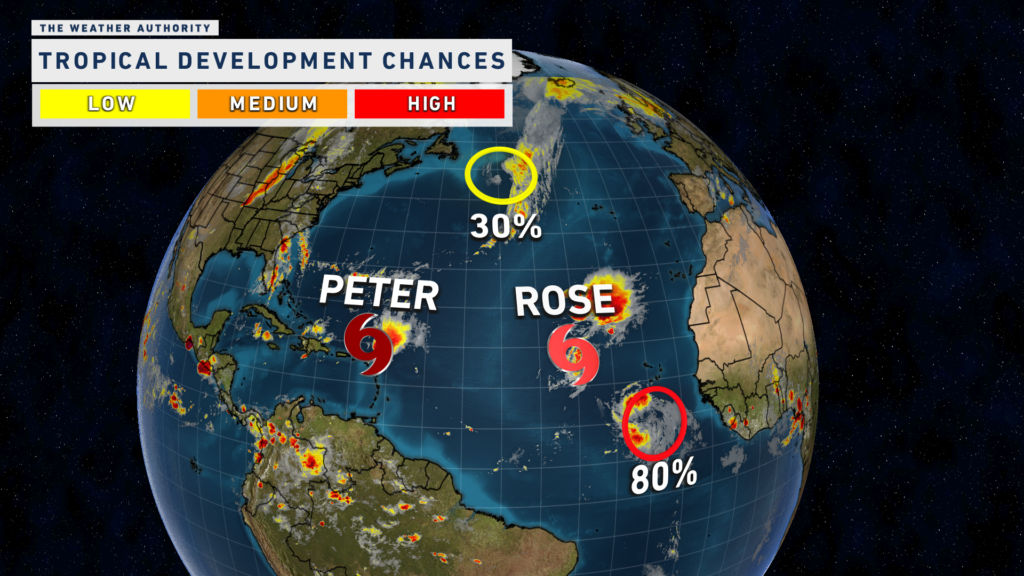 In the Atlantic, we are still tracking two named storms and two disturbances. 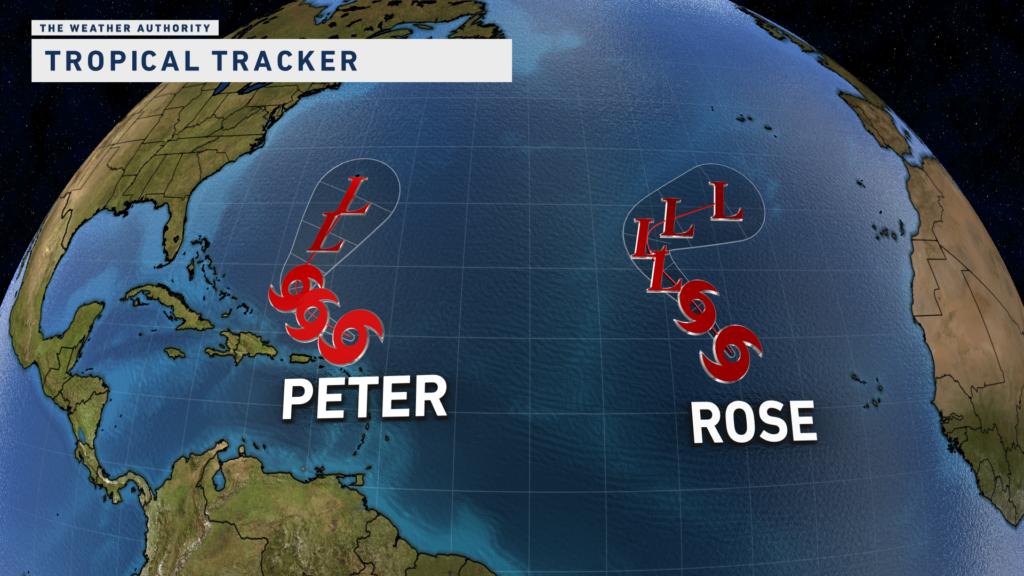 Peter and Rose are each expected to remain out to sea for their lifespans. Neither of these tropical storms should have any impact on the U.S. 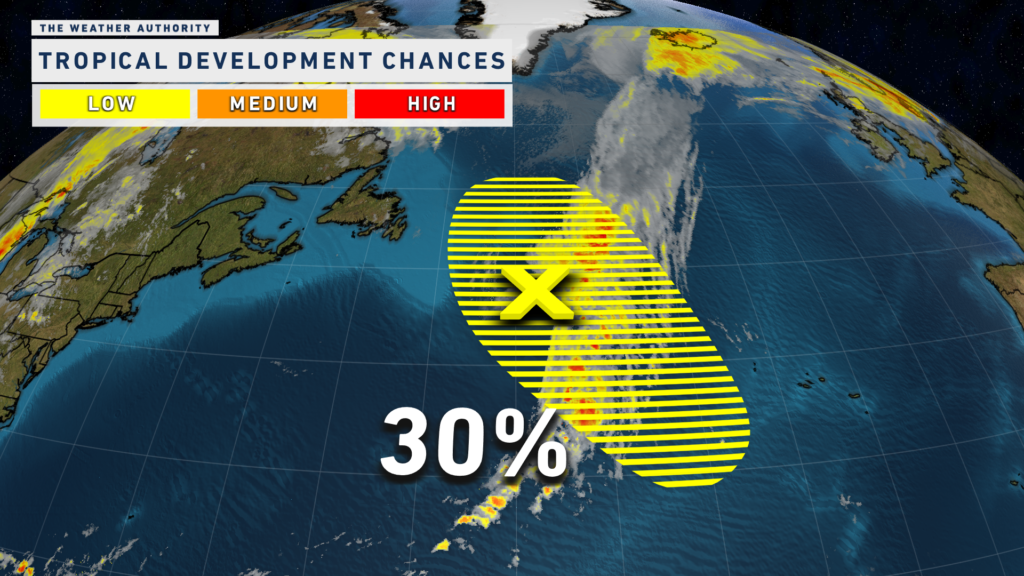 There is a disturbance in the north Atlantic with a low chance of development. Even if it forms, this system would also likely keep its distance away from the mainland U.S. 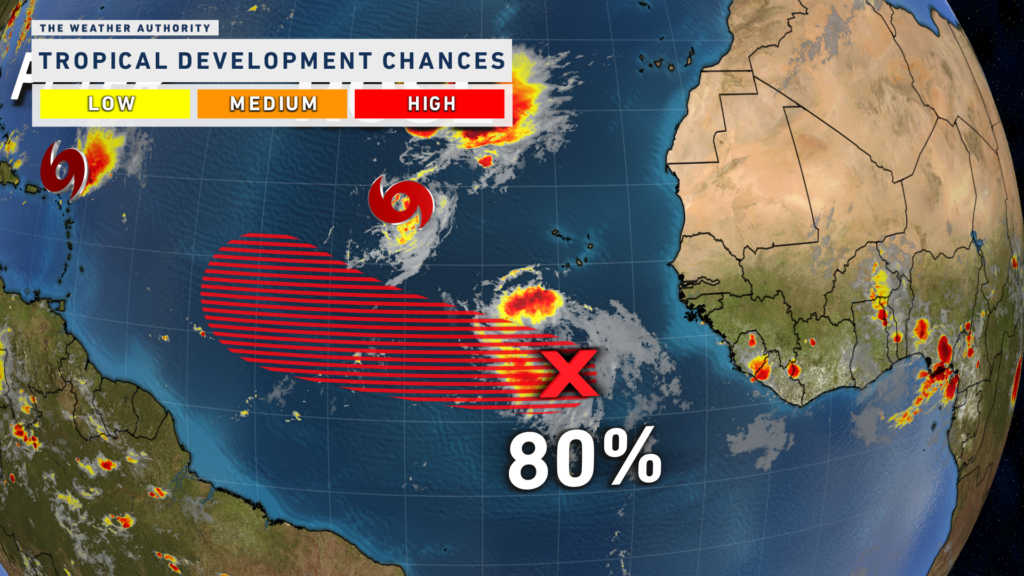 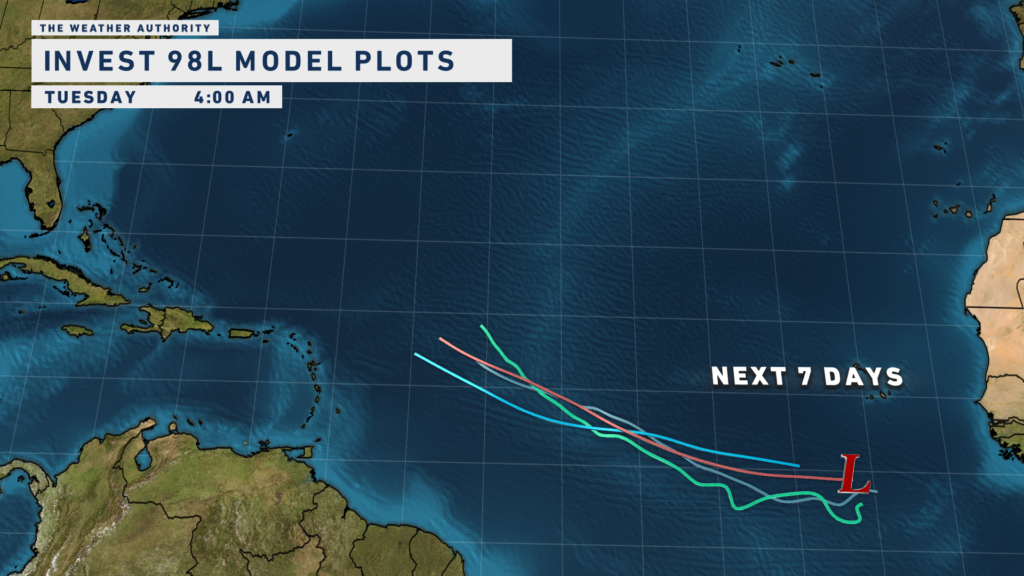 Our latest model plots bring it fairly far to the west before potentially taking a slight northerly turn. This poses no *immediate* threat to Southwest Florida but will be something to keep an eye on for next week.

The next name on our 2021 storm naming list is Sam.