We’ve made it to Friday, Southwest Florida! 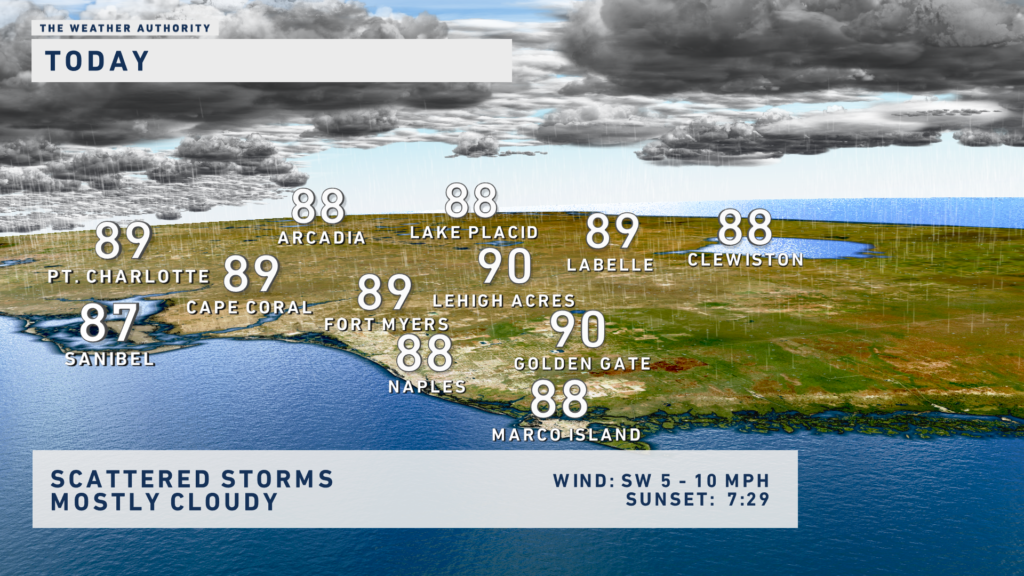 Highs will struggle to climb out of the 80s in the afternoon. 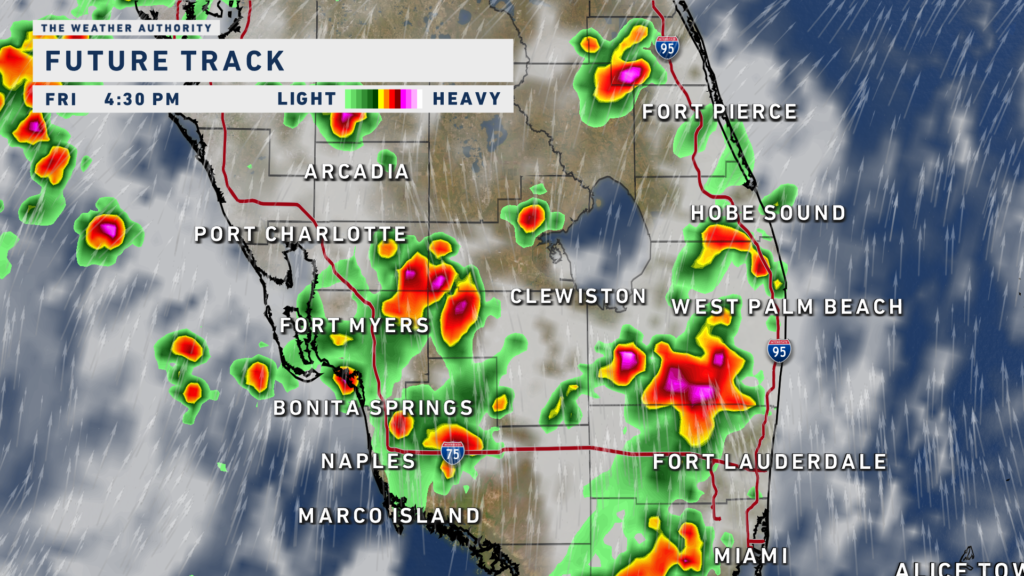 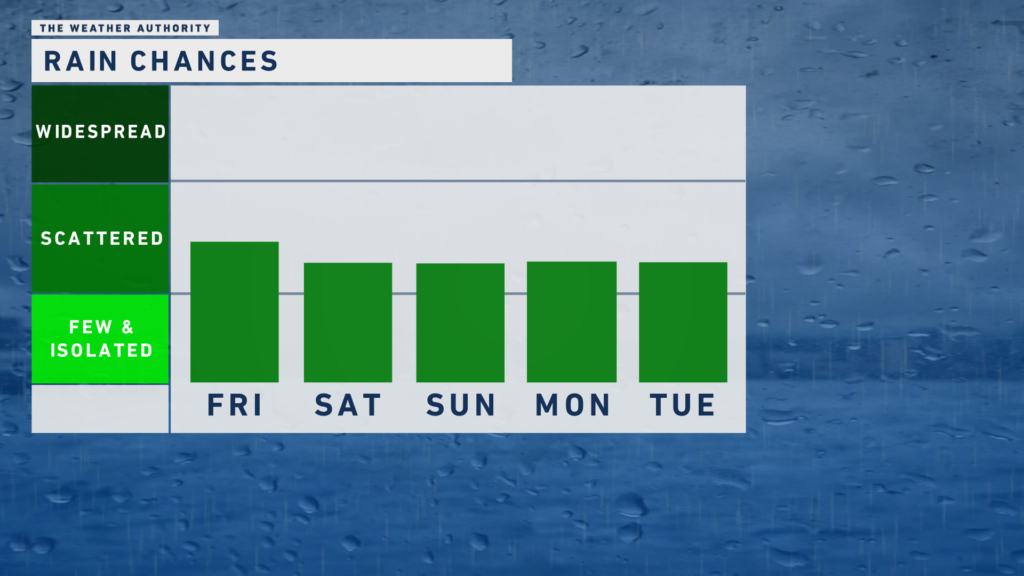 Scattered rain chances will continue through the weekend and into Monday. 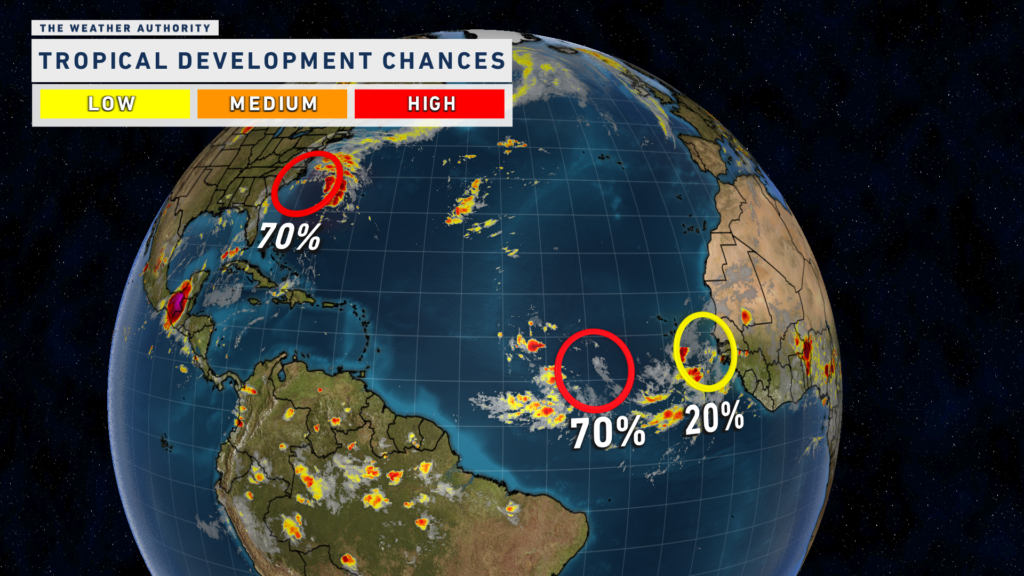 There are three disturbances in the Atlantic at the moment. 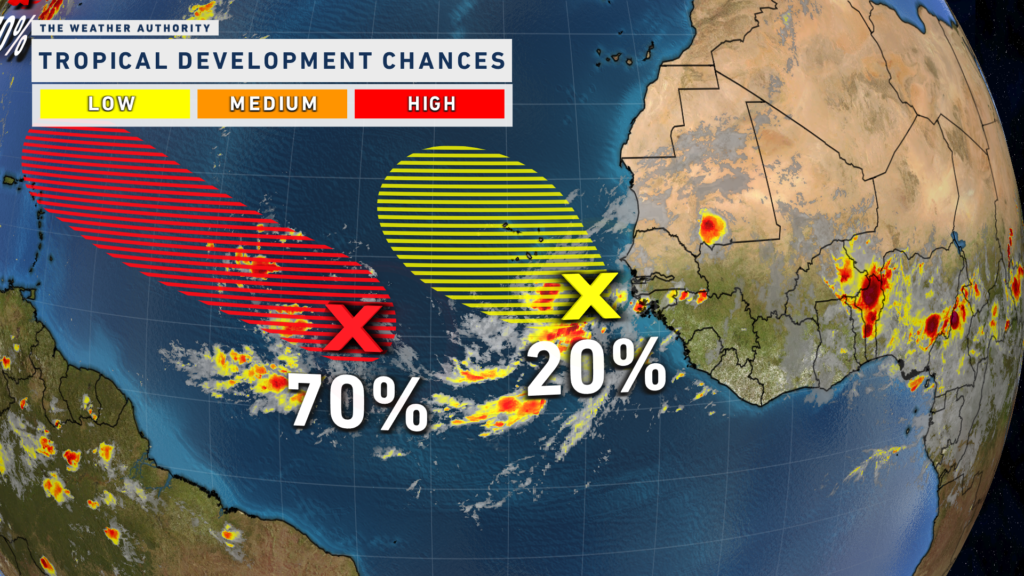 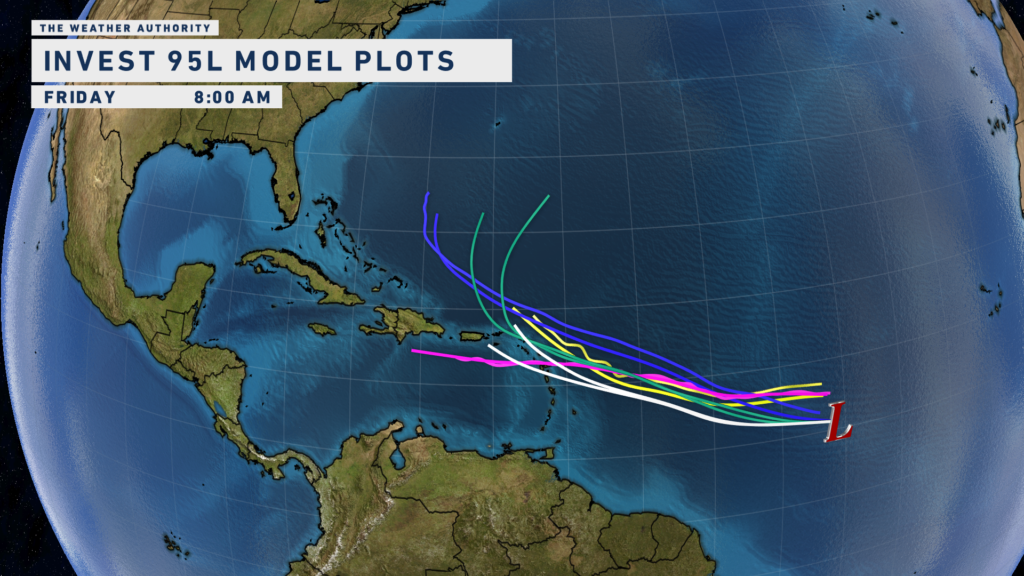 That disturbance, also known as Invest 95L, will initially track to the west when it forms, before the majority of our models have it turn back into the Atlantic. 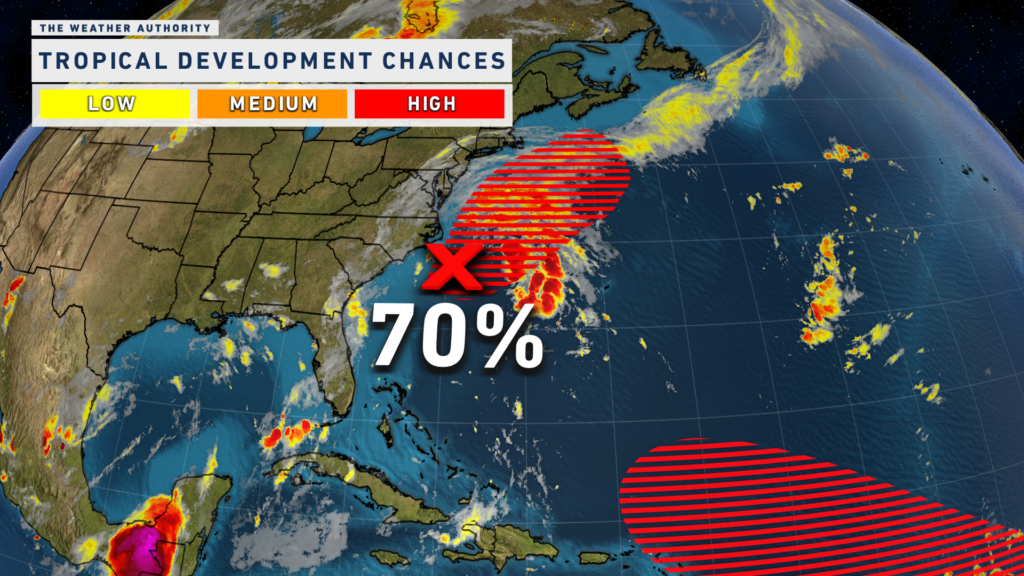 We are also tracking an area of disturbed weather off the east coast of the United States. This will have a high chance of forming, but will likely only bring minimal impacts to the Carolinas and Northeast. 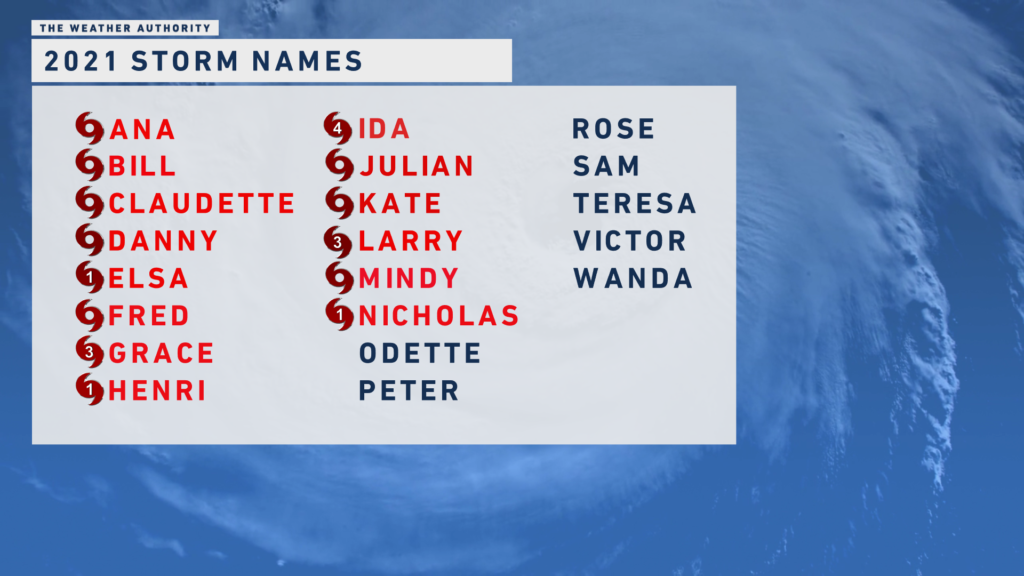 The next name on our 2021 storm naming list is Odette.