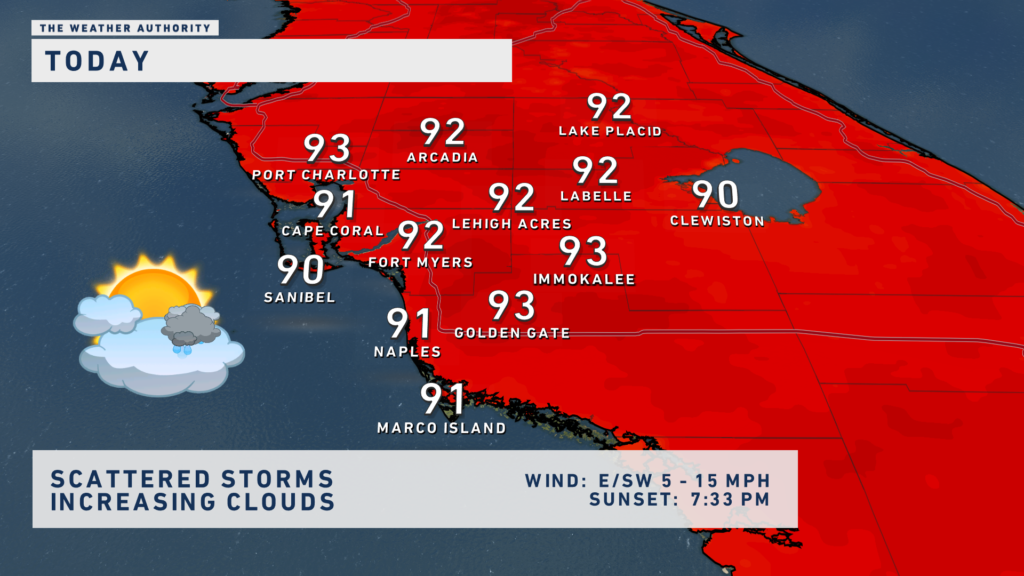 Highs will continue to hover above average. After beginning with partly cloudy skies, cloud cover will increase as the day goes on. 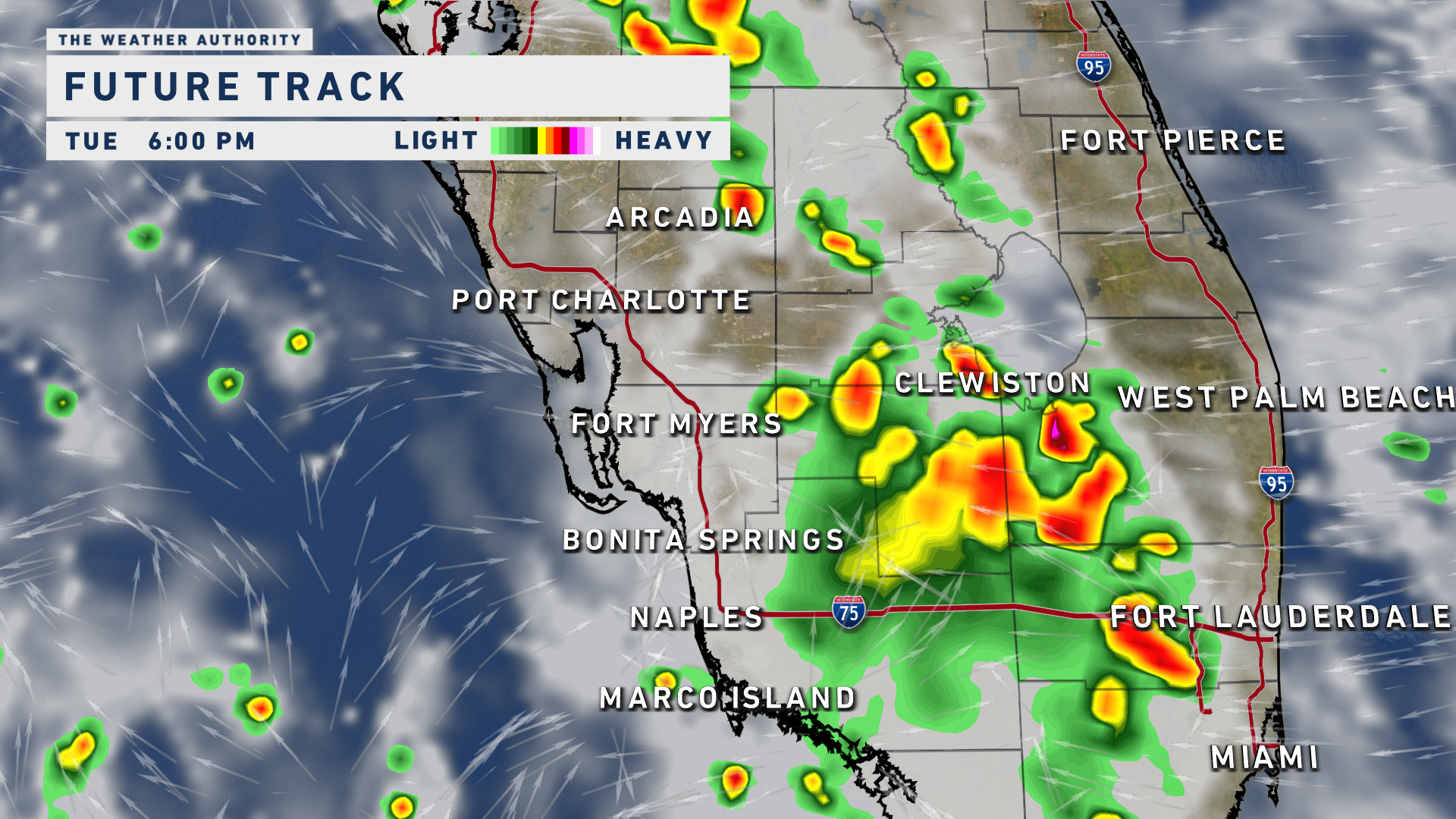 Scattered showers and thunderstorms will begin intensify. Our interior counties will receive those rain chances first and the storms will eventually move westward. Eventually, those chances will drop to zero after dark. 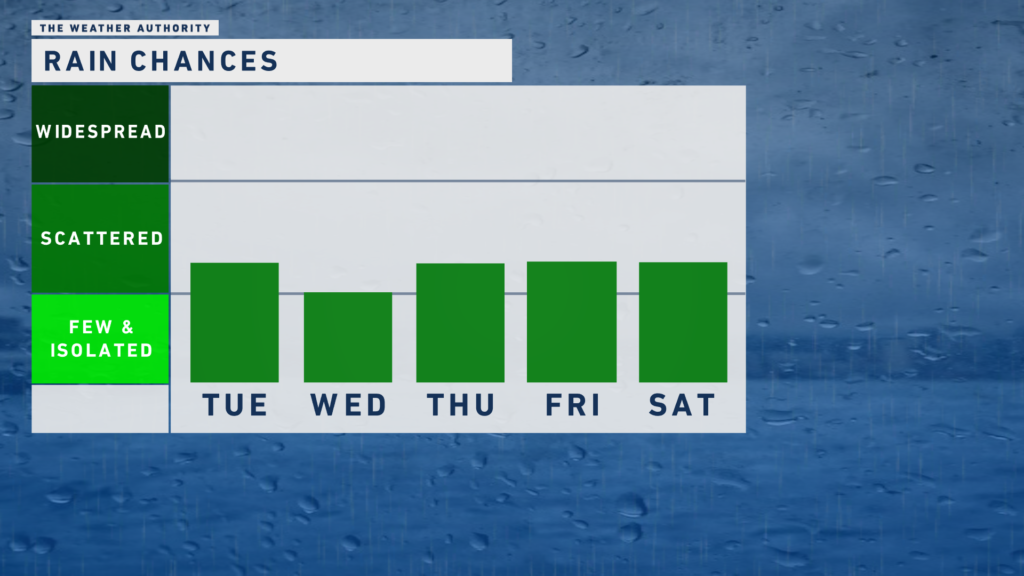 We are less likely to see as many scattered showers across Southwest Florida on Wednesday. Regardless, we will stick with an active weather pattern into the weekend. 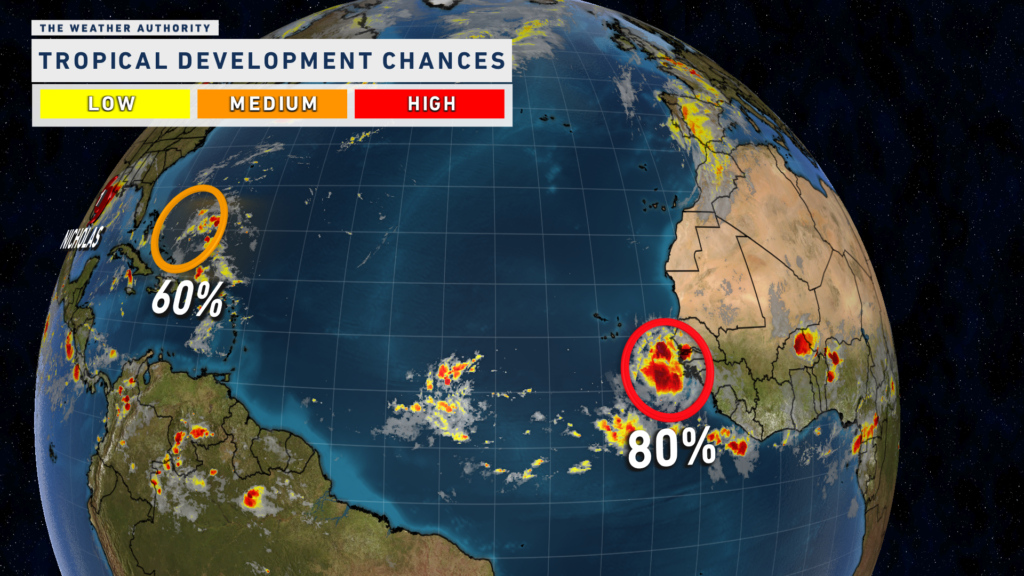 There are two disturbances and one named storm in the Atlantic. 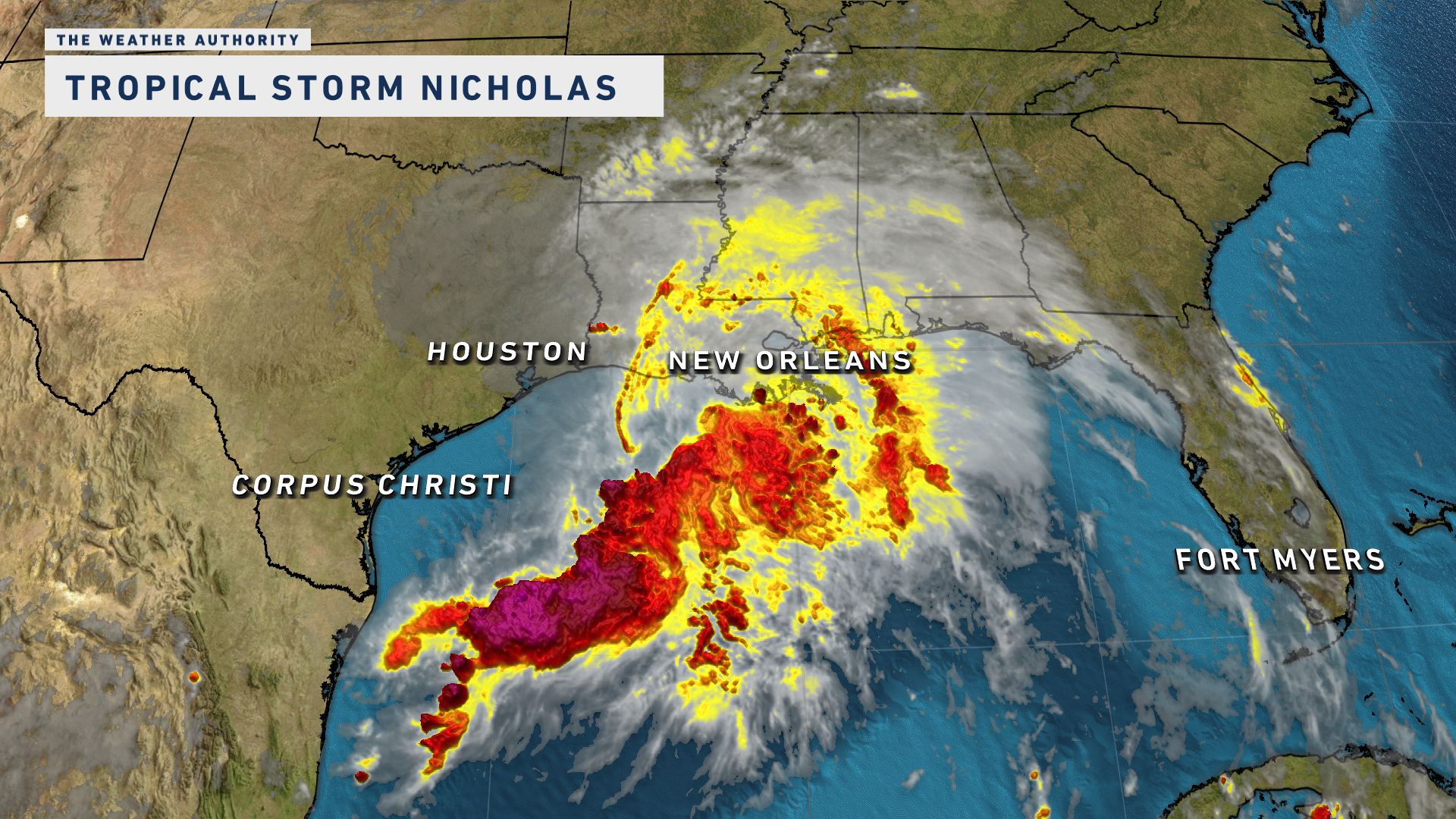 Nicholas made landfall in Texas early this morning as a weak Category 1 hurricane. 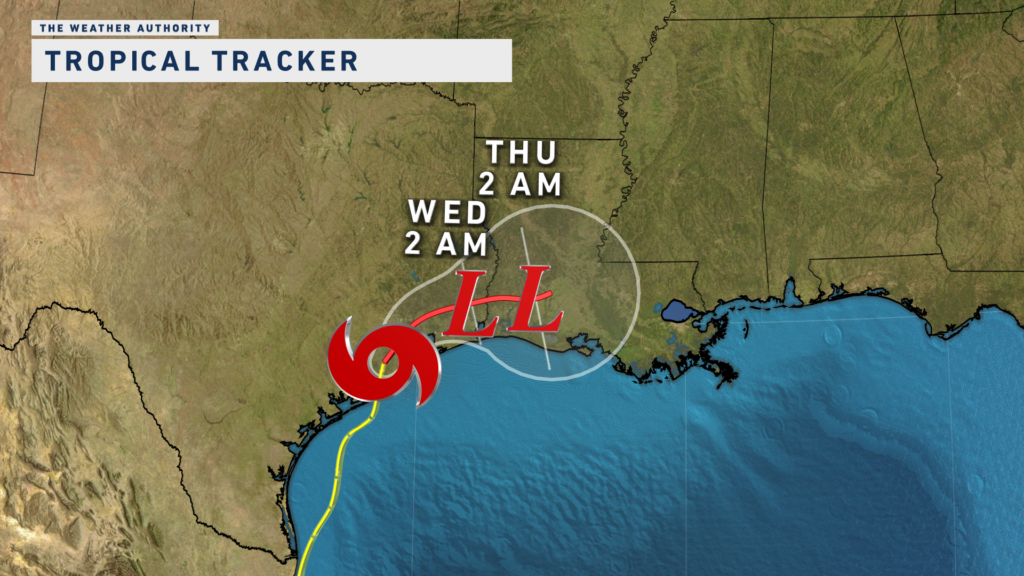 The system is now a tropical storm and is forecast to weaken into a tropical depression by Thursday before slowly tracking into Louisiana. 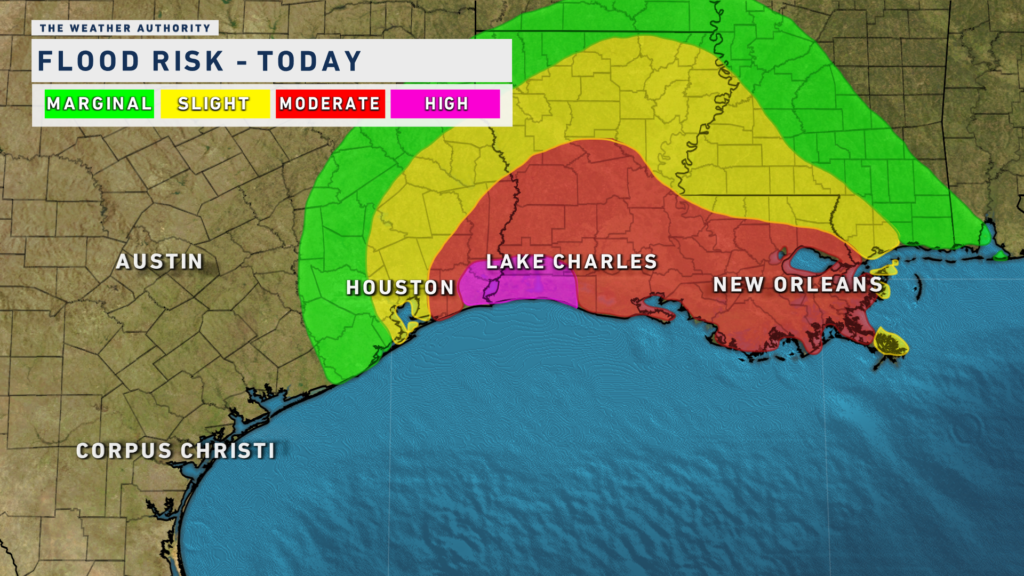 The slow speed of the system will make flooding a large threat for portions of the Texas and Louisiana coast. 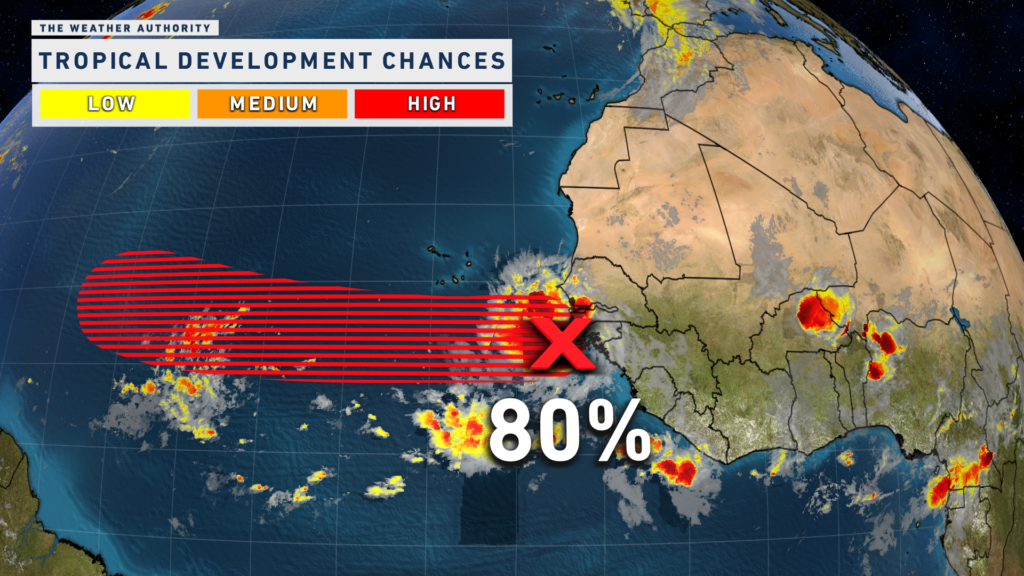 We also have a disturbance off the African coast with a high (80%) chance of forming within the next five days. Our weather models and the NHC are fairly confident that this disturbance will eventually yield a tropical depression or storm. 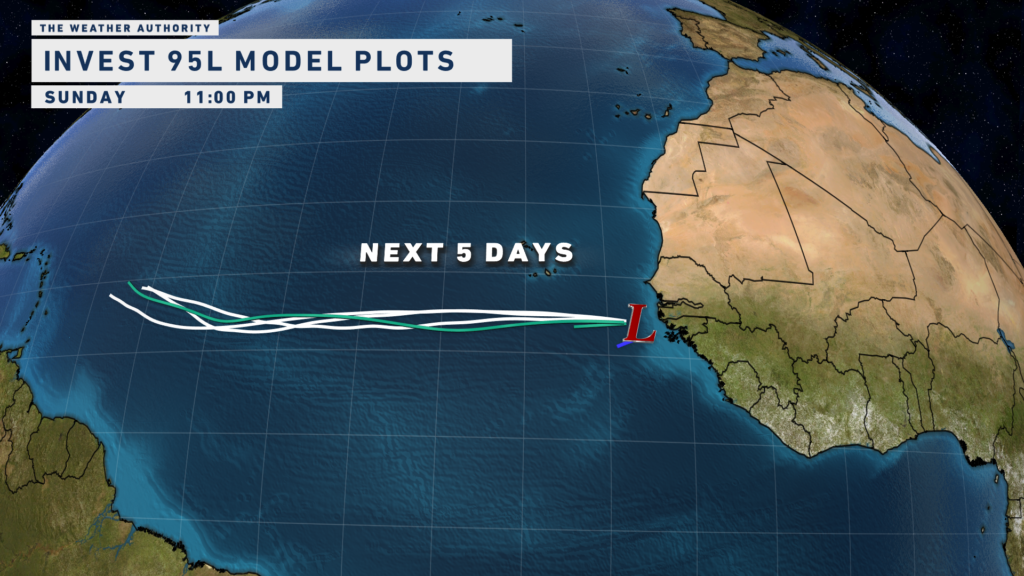 Our latest forecasting models take the system on a westward track before eventually taking a slight turn to the north. We are still over 3,000 miles away from this disturbance so it is of no immediate threat to Southwest Florida. 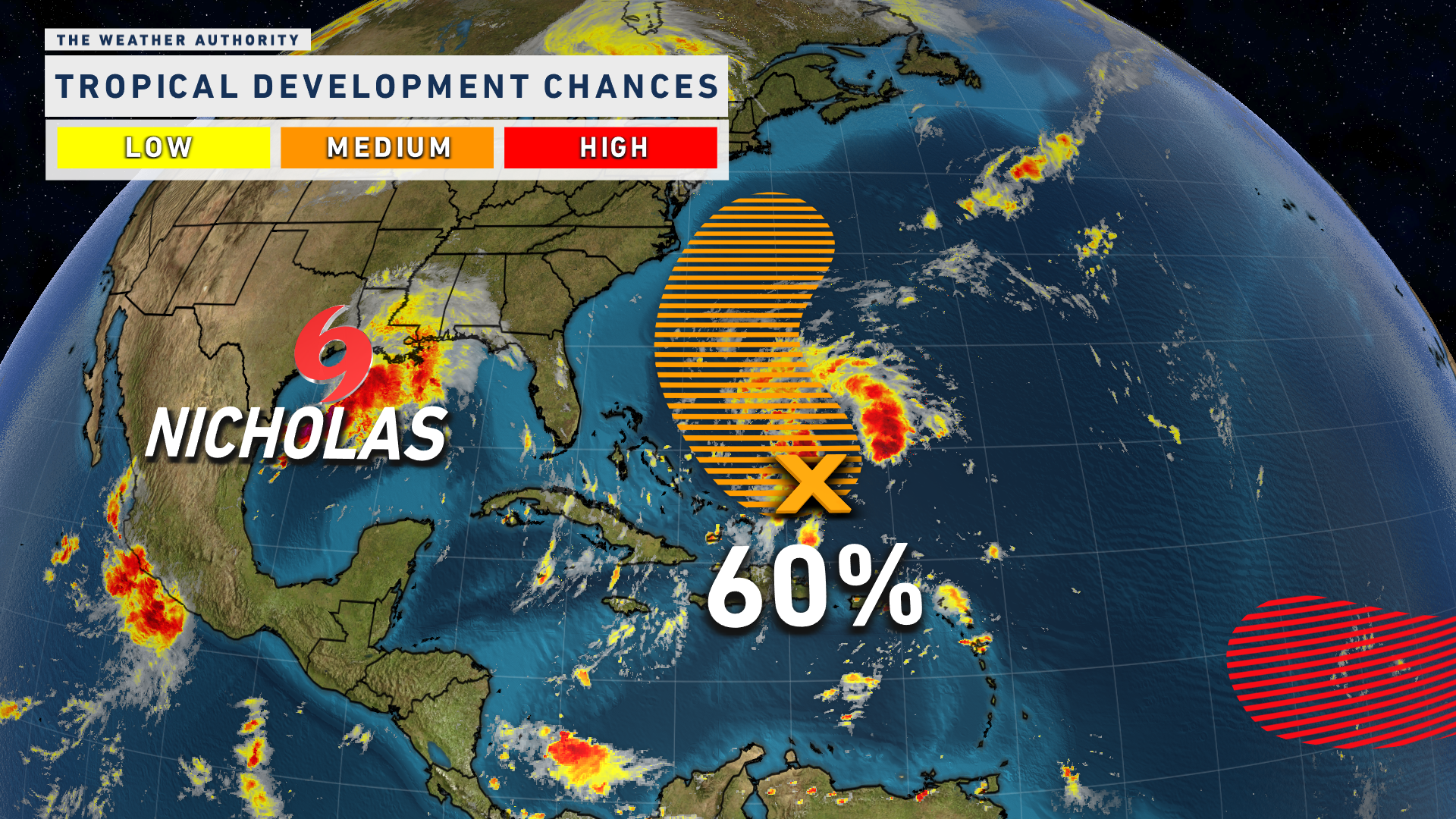 Additionally, there is a disturbance off the east coast of the United States with a medium (60%) chance of forming within five days. This will pose no threat to Florida, and will be monitored for potential impacts to coastal states to our north.