Very busy in the Tropics

It’s looking like a typical September weekend with highs in the 90s, a mix of sun and clouds, and the potential for some afternoon storms. I think rain chances are a bit more isolated in coverage today, but become more scattered once again tomorrow. 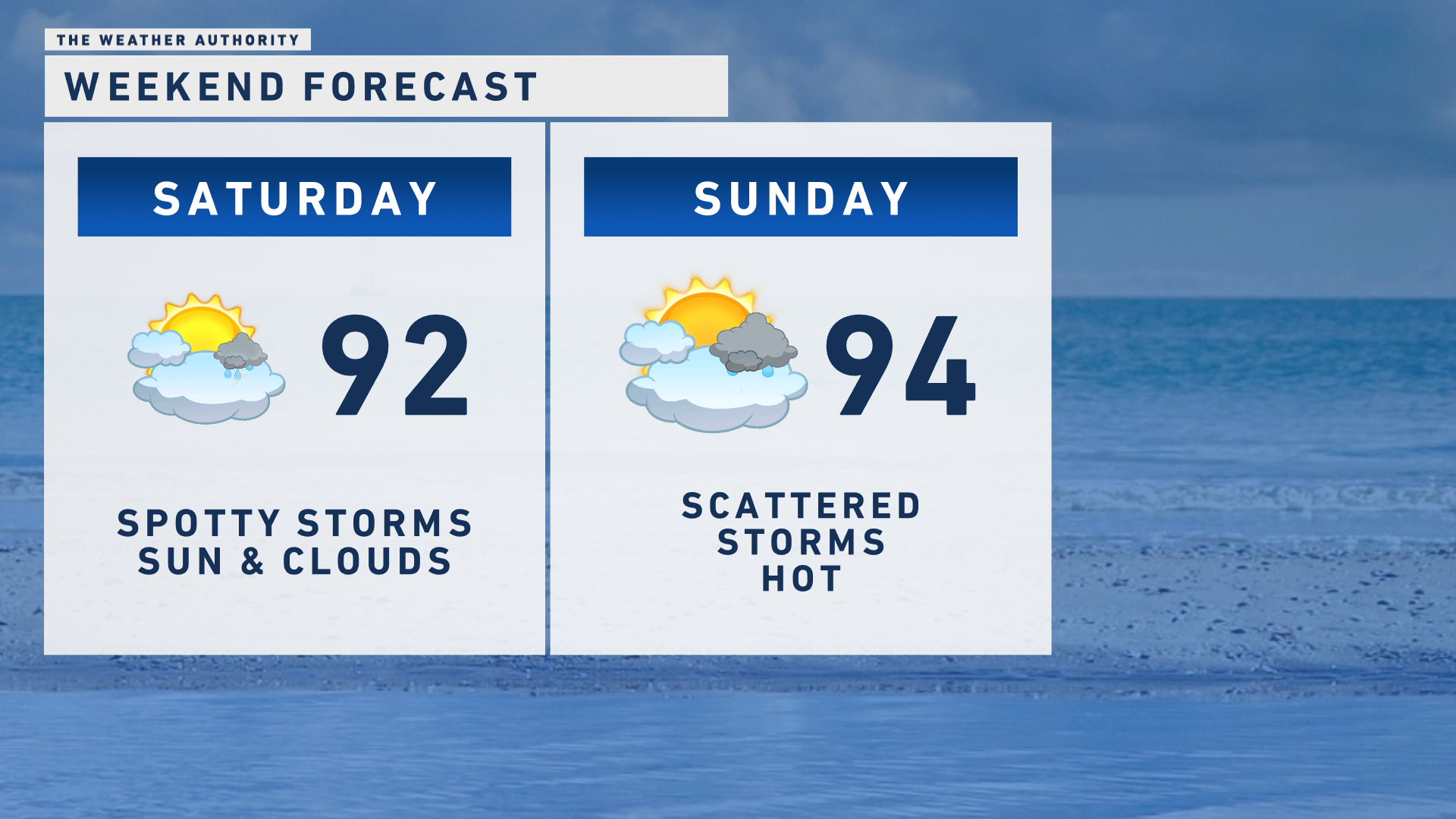 In the tropics, the Atlantic is turning very busy with five areas to watch. 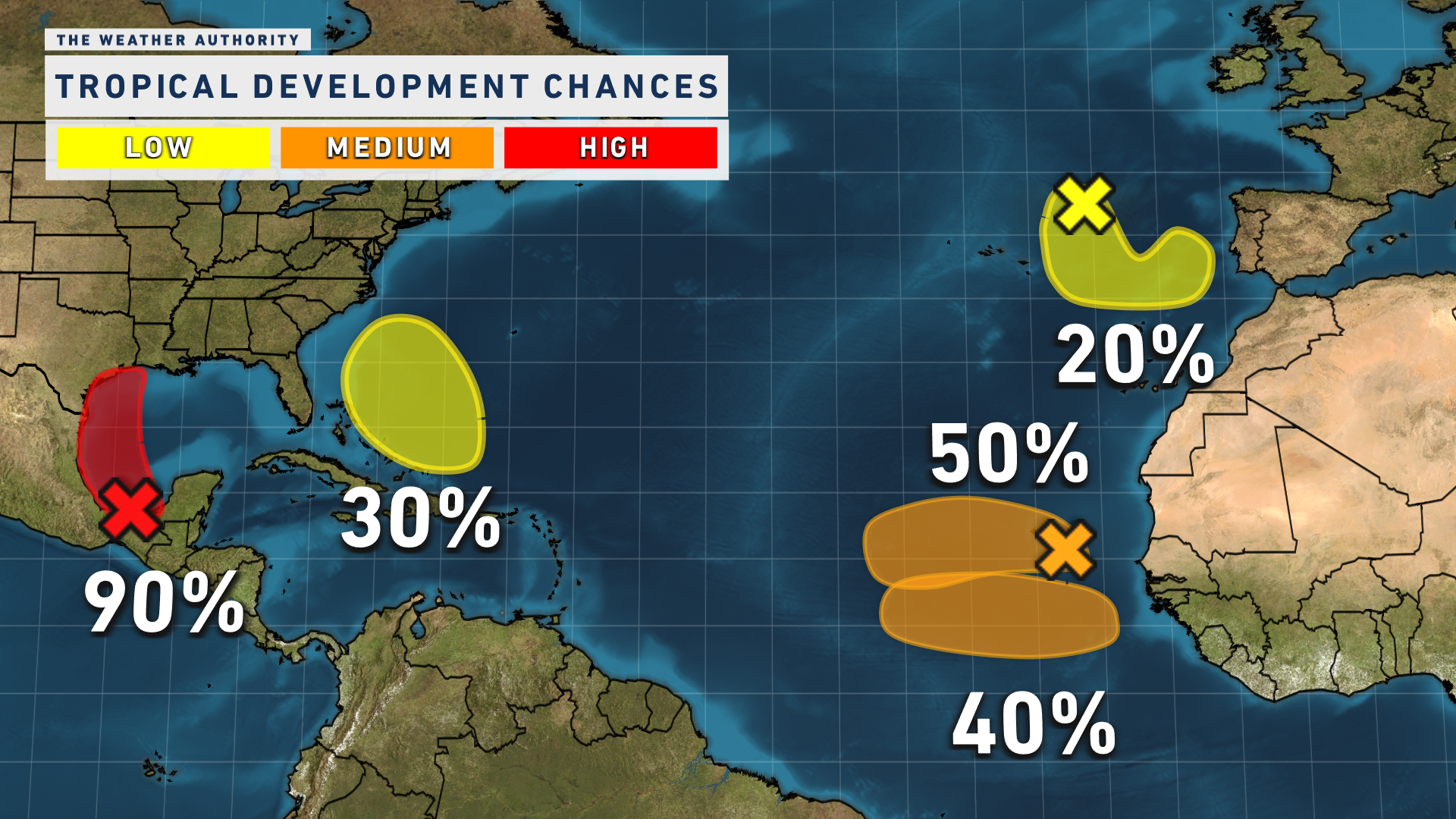 There is a low, 30% chance of development, near the southeastern Bahamas within the next 5 days. It will slowly move to the northwest if anything develops.

There is also a low, 20% chance of development in the eastern Atlantic. It will have no impacts on the US.

Meanwhile, we’re watching two more waves near the Cabo Verde Islands. The disturbance in front (Invest 93L) has a medium chance of development, but models strongly signal a track out to sea. The wave behind it has a lower chance of development in the short term, but we’ll need to watch this one down the road as it takes a more southerly track.

The disturbance in the Gulf of Mexico has a high 90% chance of becoming a tropical storm as it slowly moves northward over the next several days. This will not impact southwest Florida.

Heavy rain & flooding is becoming a concern for Texas & Louisiana starting as soon as tomorrow and continuing into the work week as this system slowly moves northward. 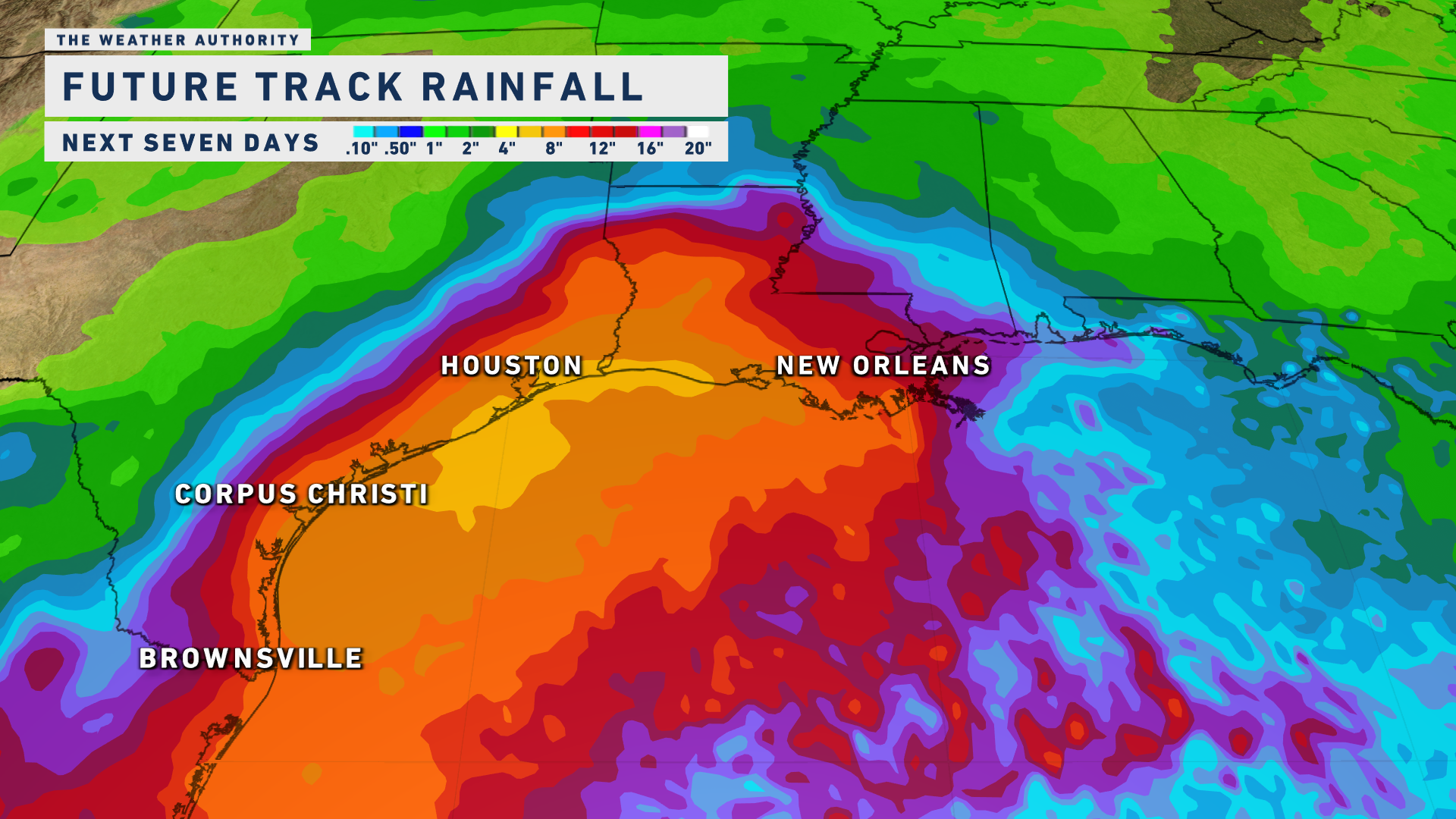