After a few morning showers Monday, Tuesday will feature a drier start to the day, with storms not set to fire up until after 1 p.m. 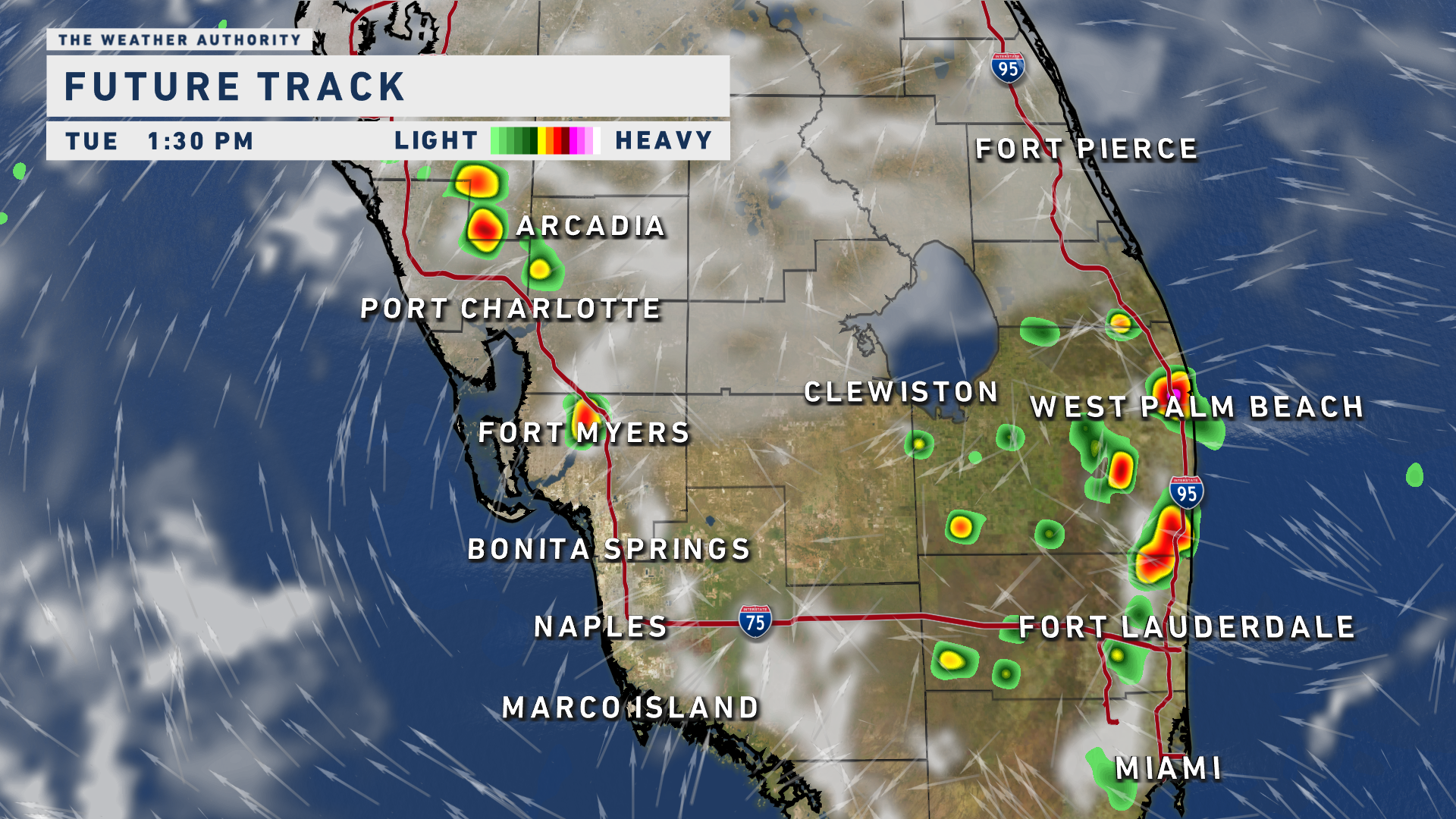 A dominant Gulf breeze pattern will continue Tuesday. So while our early afternoon storms will start near and around I-75, they will begin to migrate inland through the day, with the main chance for storms after 4 p.m. focused east of I-75. Highs will be back in the low to mid-90s. 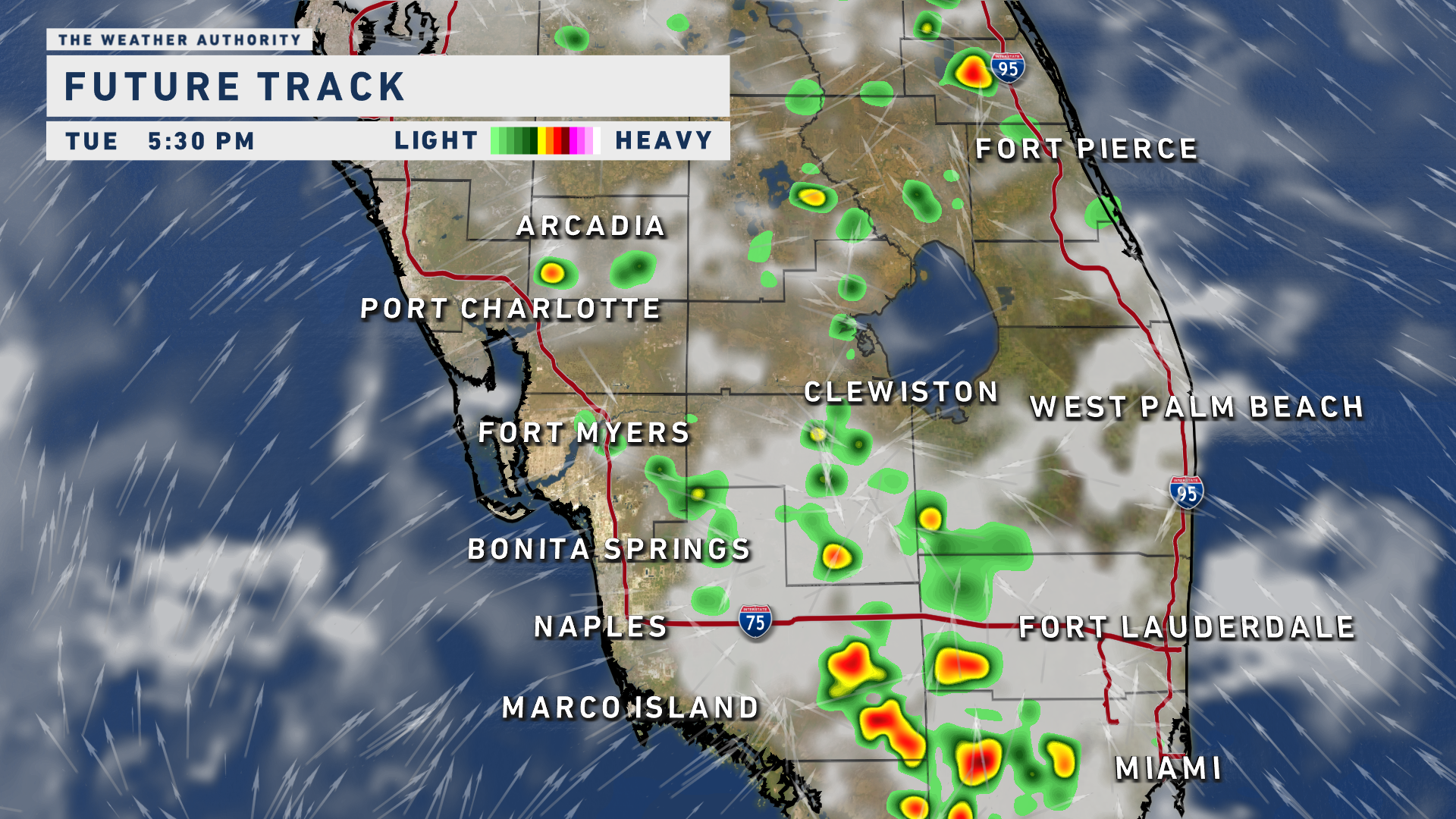 Looking at the tropics, we have Hurricane Larry in the central Atlantic, which is still set to remain far offshore of the United States. 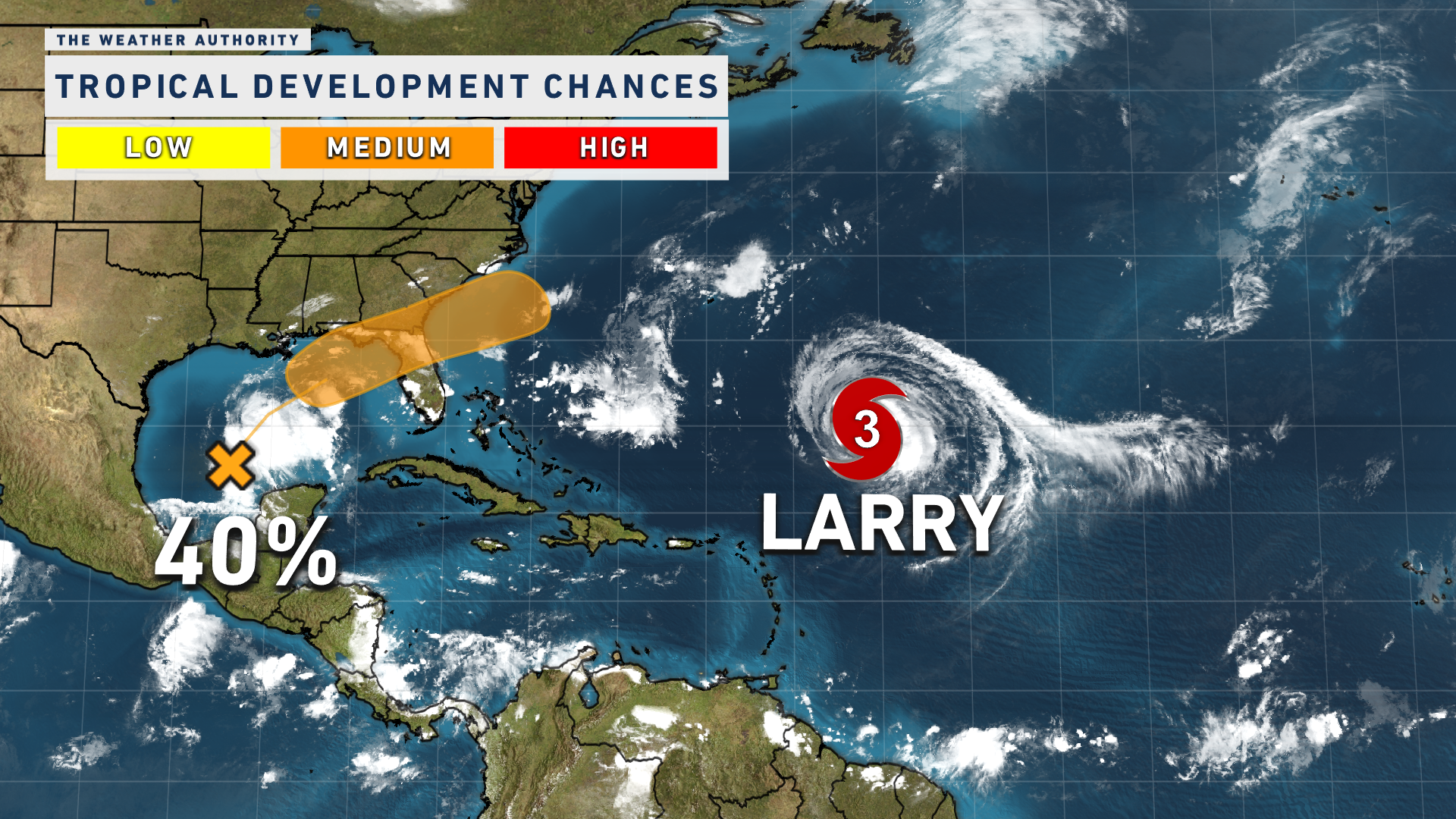 We also have an area of disturbed weather in the southern Gulf of Mexico that is expected to slowly move northeastward over the next couple of days.

Right now, conditions are not looking all that conducive for development thanks to wind shear and some cooler-than-average water temperatures caused by upwelling from Ida. 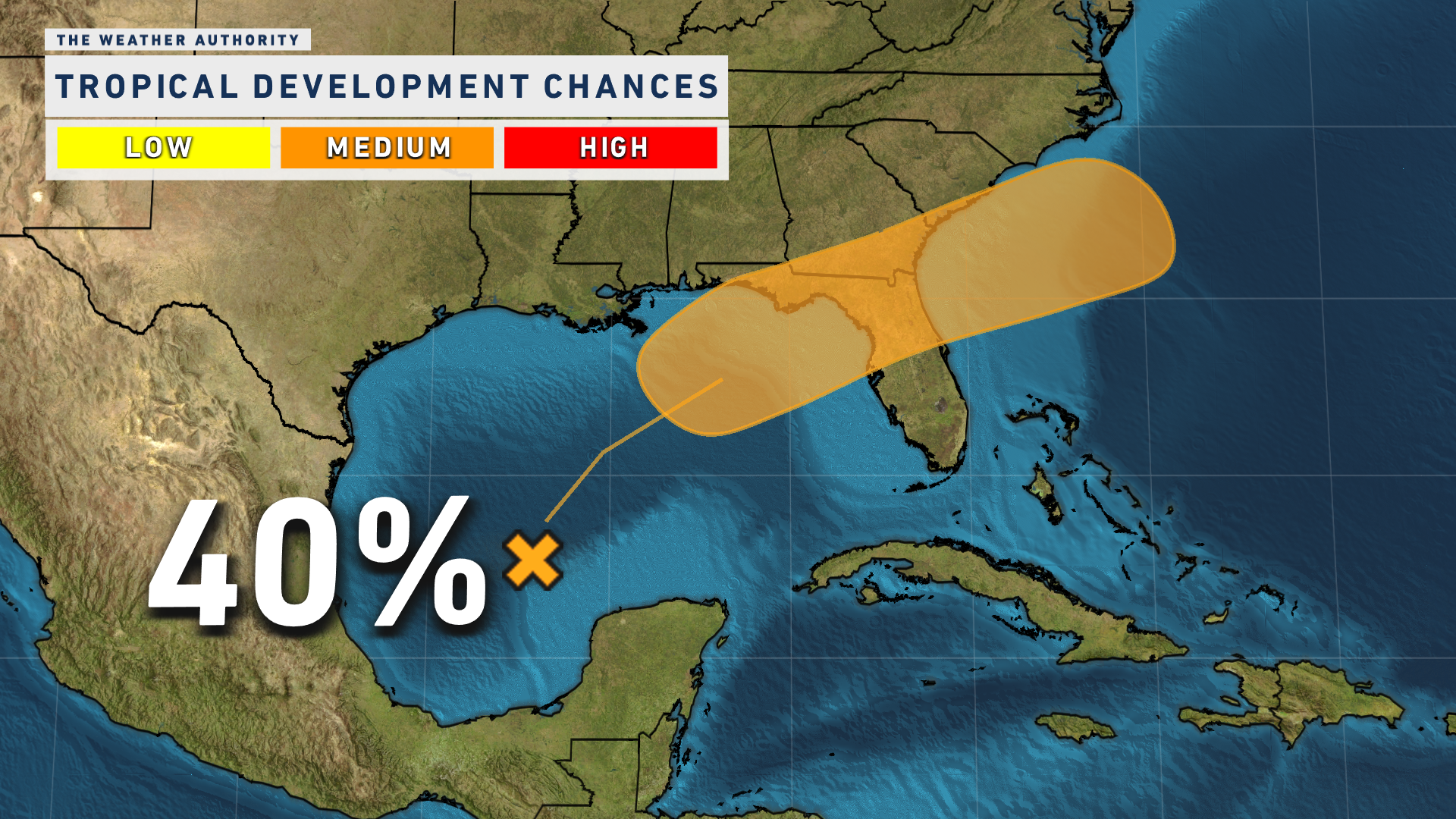 The National Hurricane Center gives it a 40% chance of becoming a tropical depression or tropical storm.

So far, the majority of computer models keep it below tropical storm strength. Regardless of development, it’ll likely just bring enhanced rainfall to the Florida Panhandle and northern half of the Florida Peninsula. 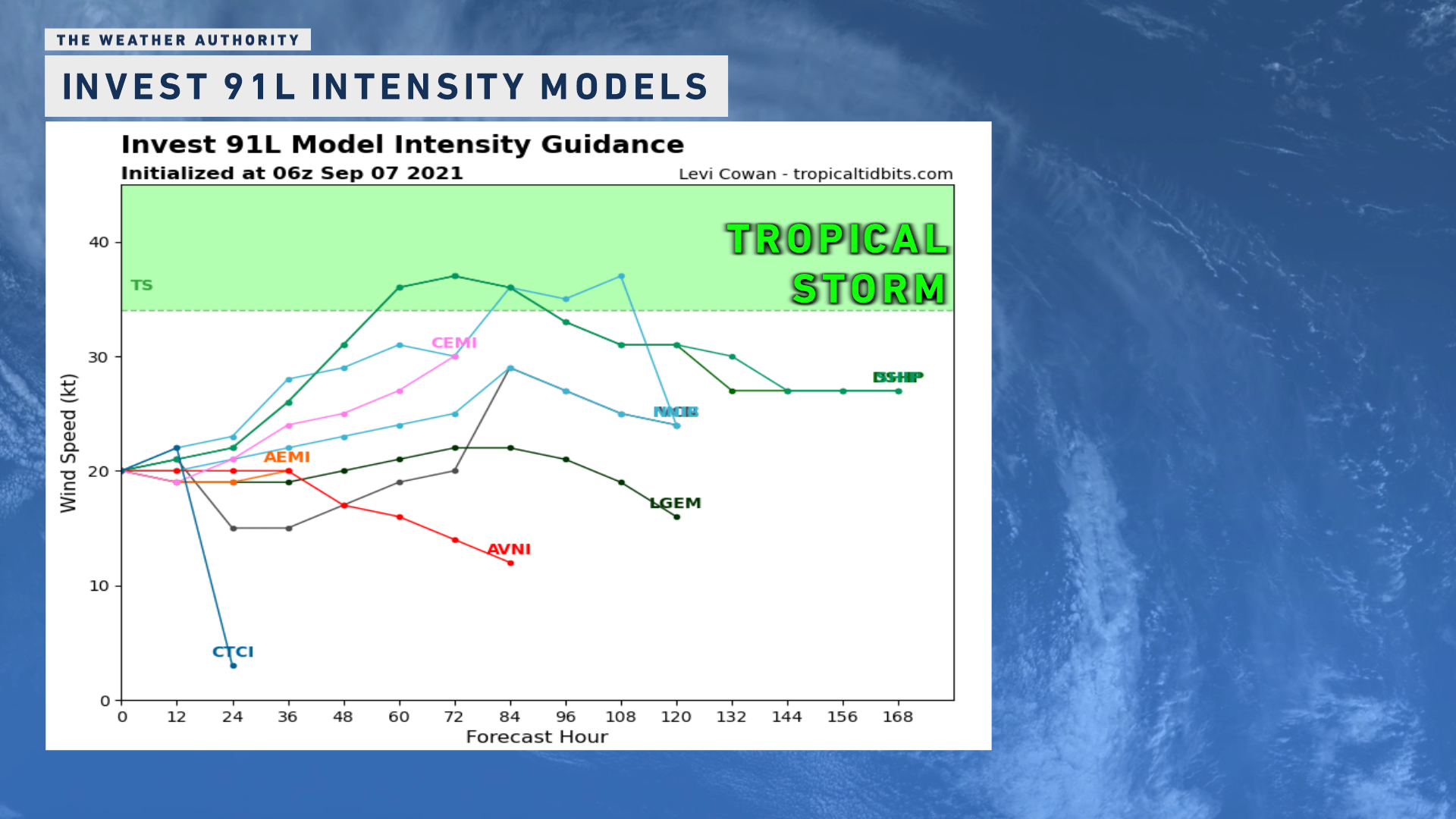