Armed suspect in custody after trying to pry open school bus doors, children on board

A mother says an armed man pried open a school bus door while her daughter was on board with other students.

On Friday morning, it was confirmed David Adler was arrested and faces multiple charges.

One mother, Angelia Thomas, was at work when she called her husband to make sure her daughter got home safe from school. That’s when she heard something no parent wants to hear.

“She was like, ‘Well, a guy. We were at a red light. A guy ran to our bus, started banging on the bus, yelling aggressively at the bus driver,’” Thomas said. “I was like, ‘Really?’ she goes, ‘Yeah, he was able to pry the door open, got up two steps, was waving a gun around, and was yelling angrily at the bus driver.’” 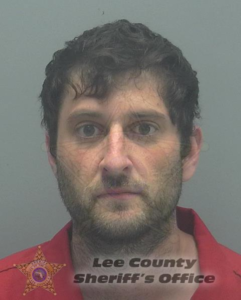 Thomas’s daughter is a fifth-grade student at Edison Park Creative and Expressive Arts School. Her daughter told her she was comforting other students while the man tried getting on the bus.

“I was like, ‘Were you scared?’ She goes, ‘No, but there were kids on the bus that were crying. They were much younger,’” Thomas said. “She’s like, ‘One was a first or second-grader, and another was a kindergartener. They were crying. So I was trying to comfort them.”

Thomas is thankful her daughter is OK, and she said deputies responded right away, according to her daughter.

The School District of Lee County told us everyone on the bus is safe and was unharmed during the incident. Deputies say the investigation remains active.

However, Thomas said she will worry more about her daughter’s safety on the school bus.

“And this right here shows me that a guy can easily pry a school bus door open and get on the bus and hijack the school bus,” Thomas said. “So now in the mornings, I’m really scared to put my child on the bus.”

A school district spokesman said Adler banged on the door multiple times and tried prying it open, but was ultimately unable to open the bus door.

Adler faces charges of aggravated assault with a deadly weapon, burglary, petit theft, displaying a firearm during a felony, having a weapon within school property, and hit and run.