Tropical Storm Ida has formed in the Caribbean 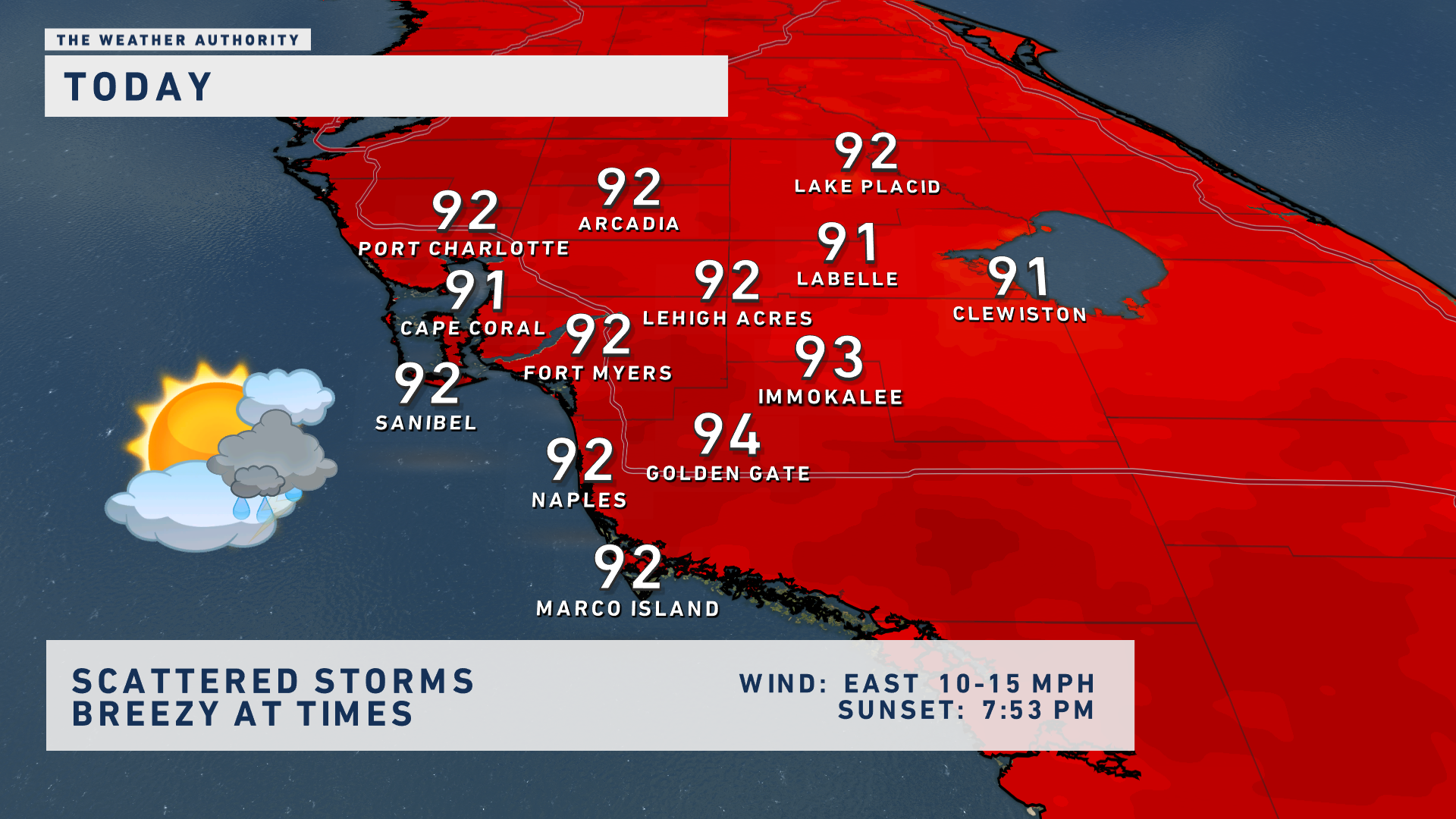 Our high temperatures will be slightly cooler than Wednesday. Highs will reach the low 90s, with breezy winds at times. 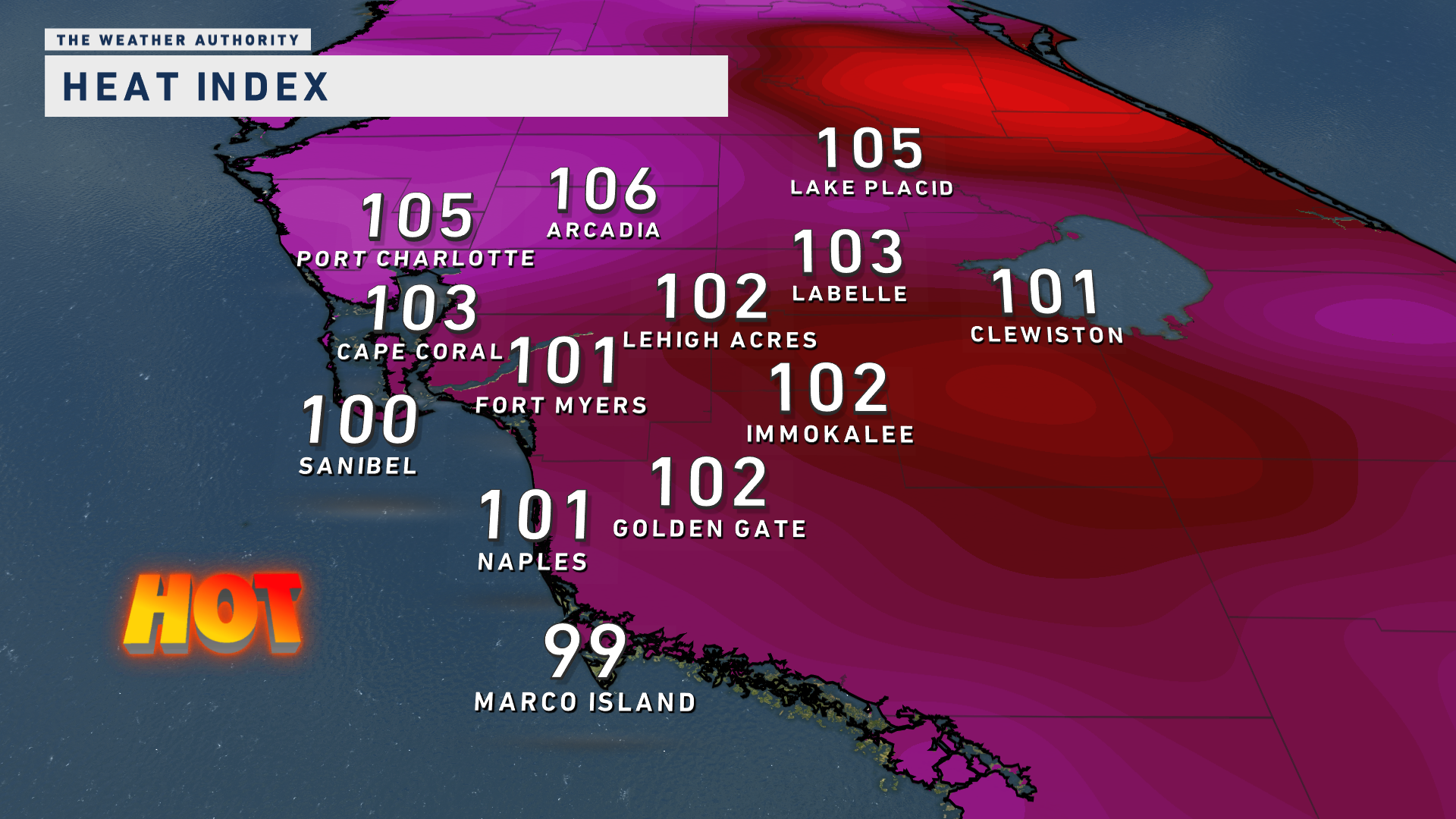 Most of us will experience triple-digit “feels like” temperatures during peak heating. 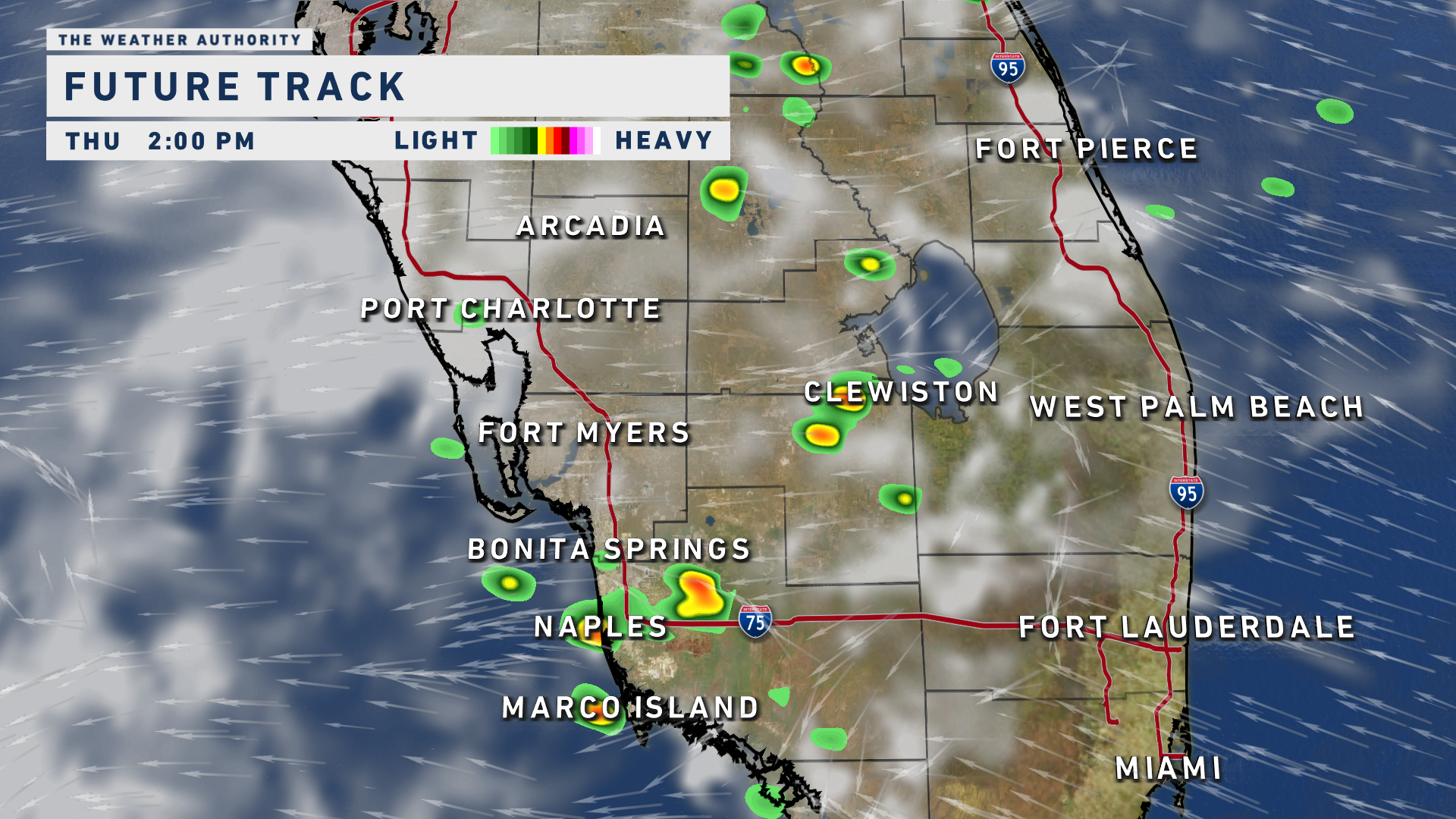 Spotty rain showers will persist until lunchtime. Expect a few thunderstorms to form in the mid-afternoon. Those storms will linger until sundown. 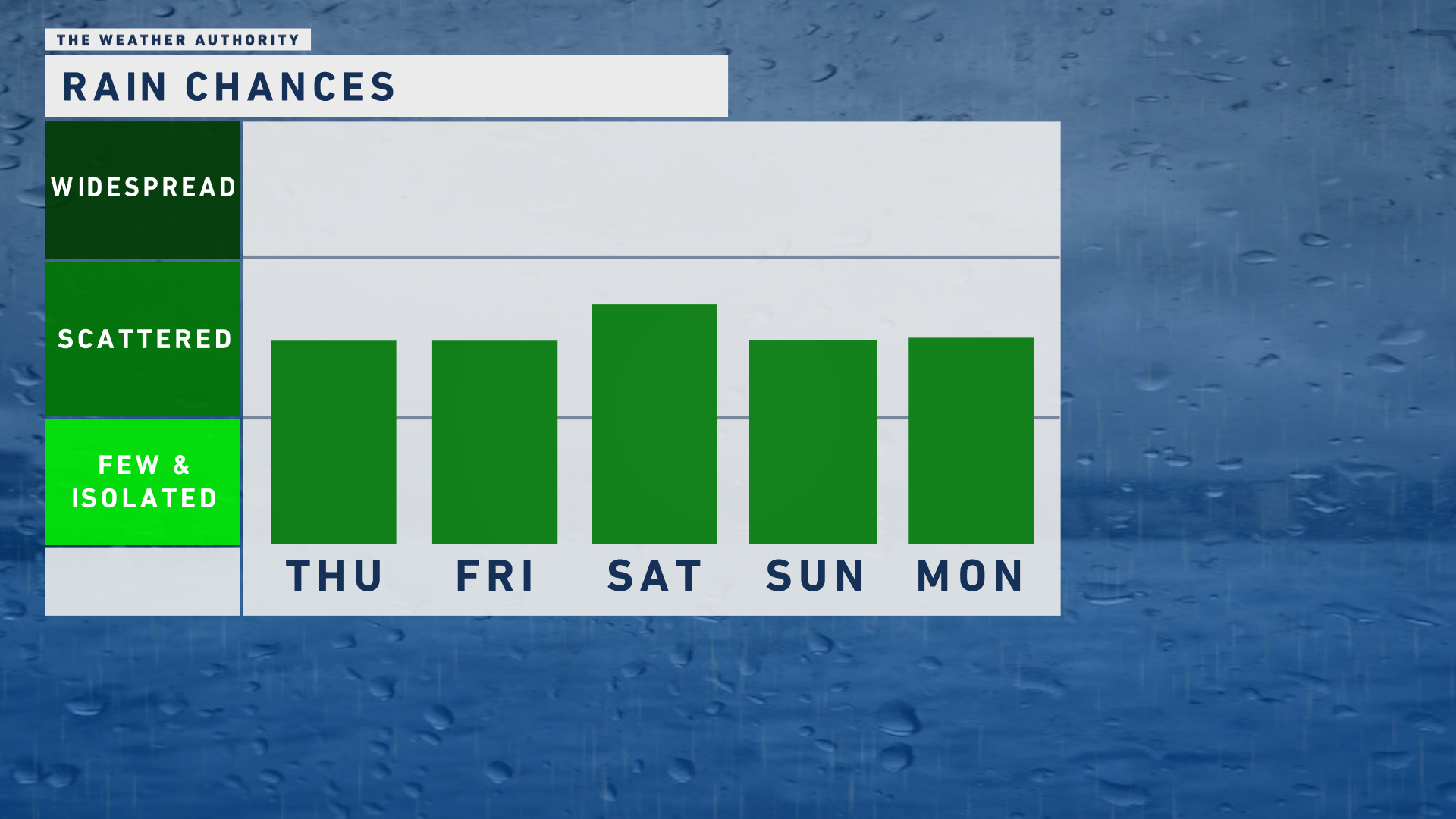 Scattered showers remain in the forecast for the weekend.

Tropical Storm Ida has formed in the Caribbean and is expected to strengthen into a category 2 hurricane into the weekend. 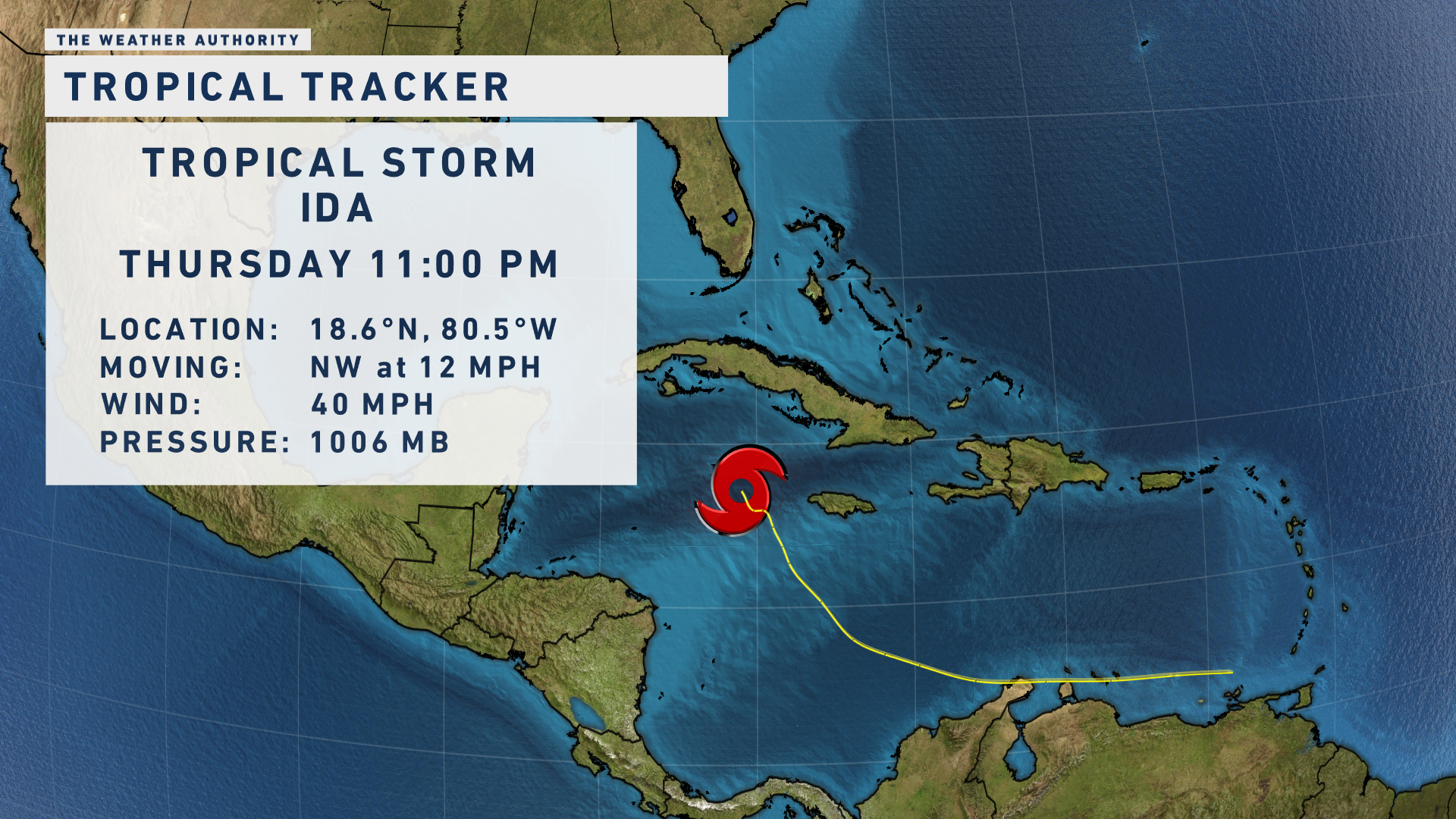 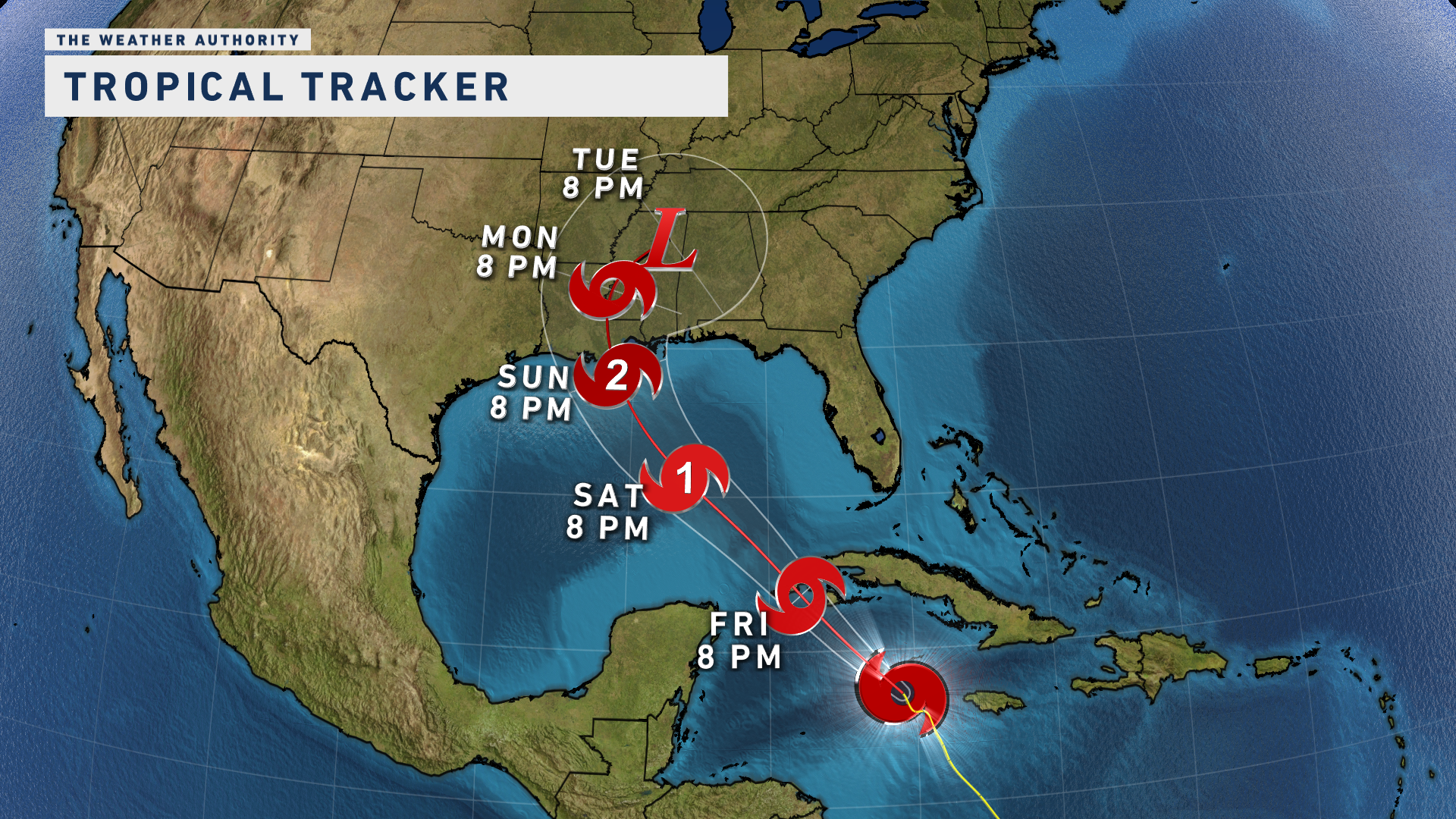 The NHC has now issued Hurricane Watches for areas from Cameron, LA to the MS/AL border and Lake Pontchartrain, Lake Maurepas and metropolitan New Orleans. 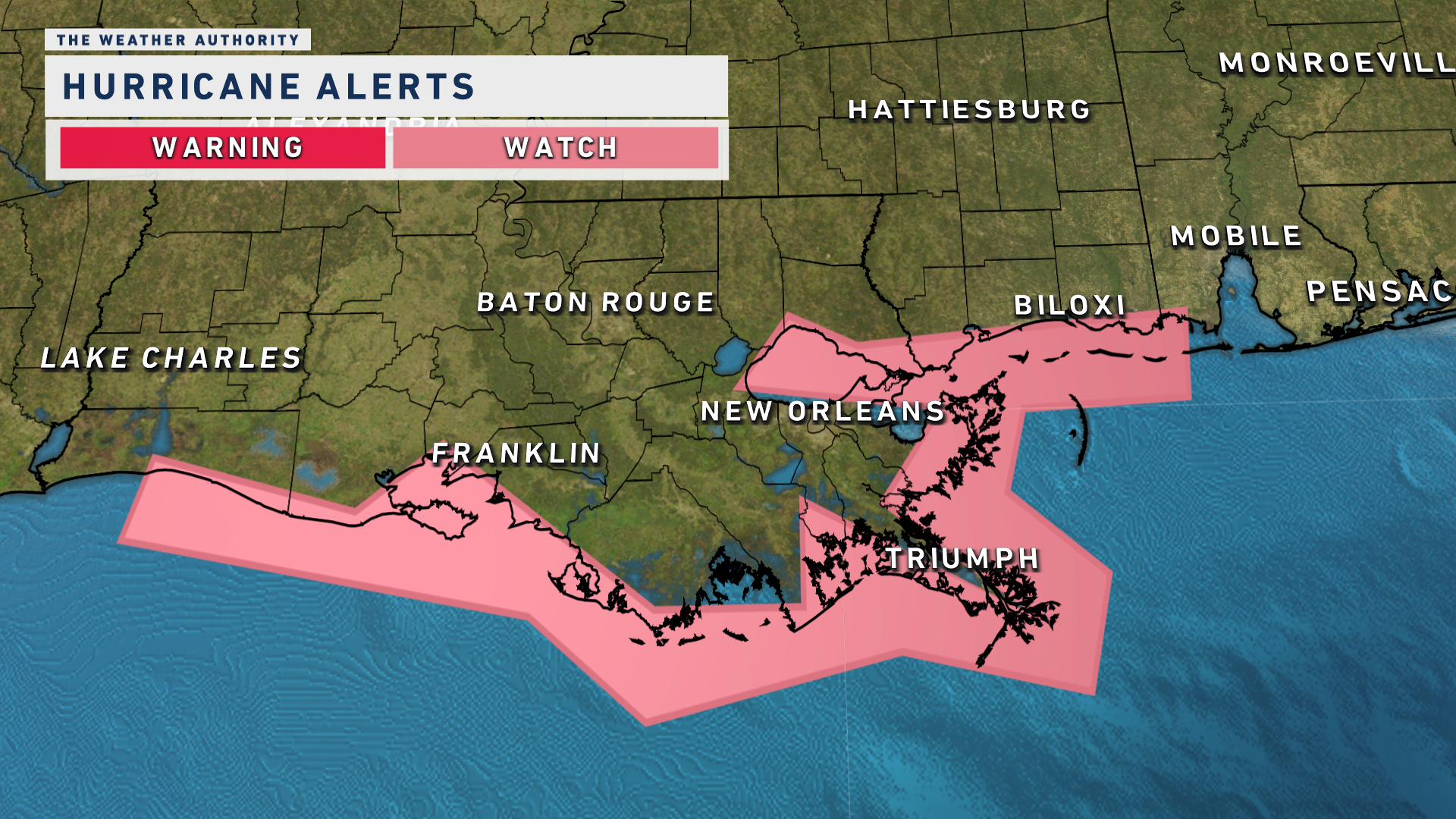 Our latest model guidance suggests that this system will make landfall along the Gulf Coast and affect Louisiana, Texas, and Mississippi. This forecast is still constantly changing and the disturbance is no threat to Southwest Florida.

We are tracking two other disturbances in the Atlantic. 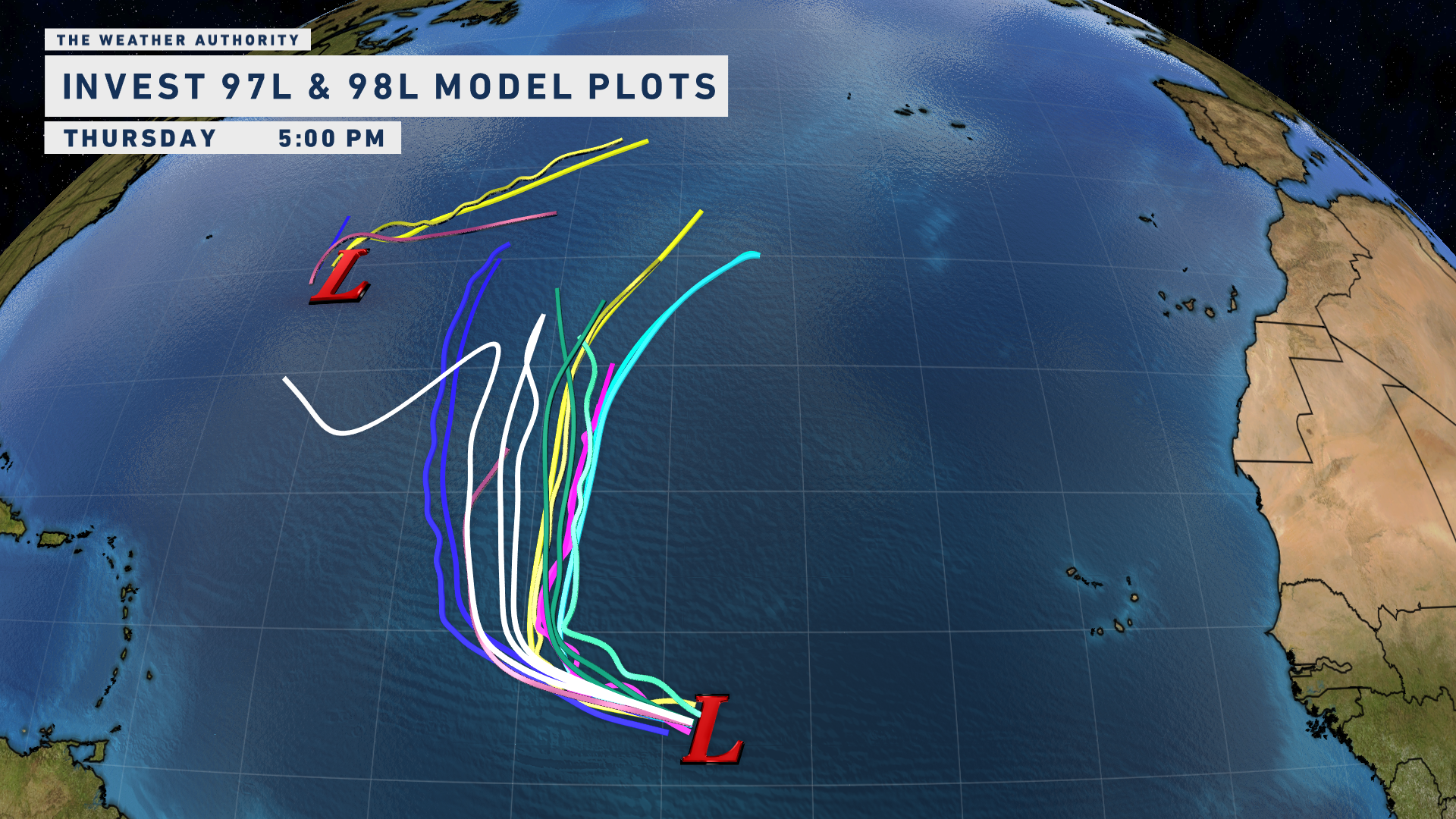 Each of these will likely turn to the north over the next few days. This should lower their chances of bringing impacts to the United States. 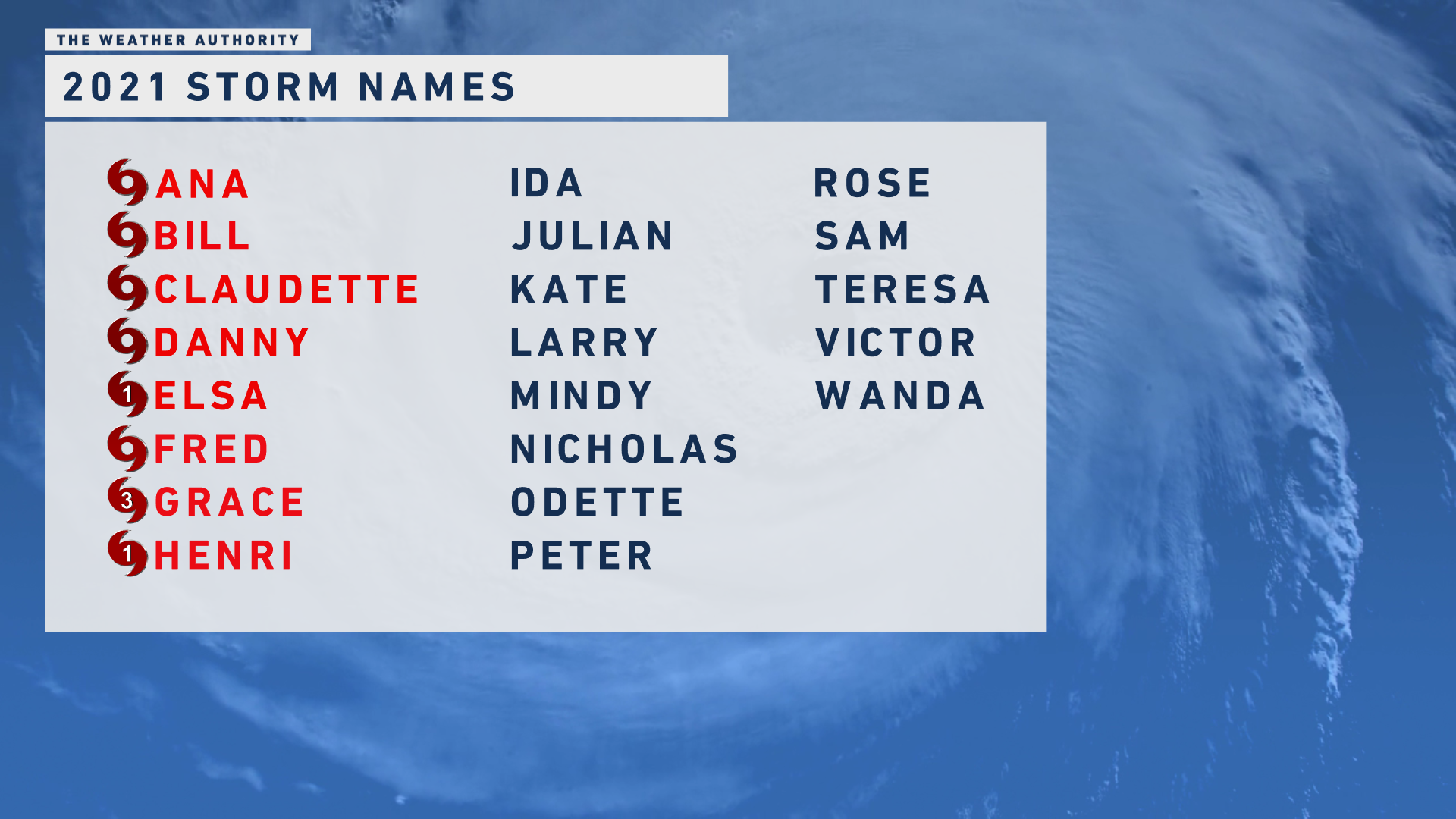 The next named storm on our 2021 storm naming list is Ida.