Monitoring an area of low pressure in the western Caribbean

Happy Monday, Southwest Florida! Expect a hot and mainly dry start to the work week, with only a stray storm possible this afternoon, and highs soaring into the mid-90s! 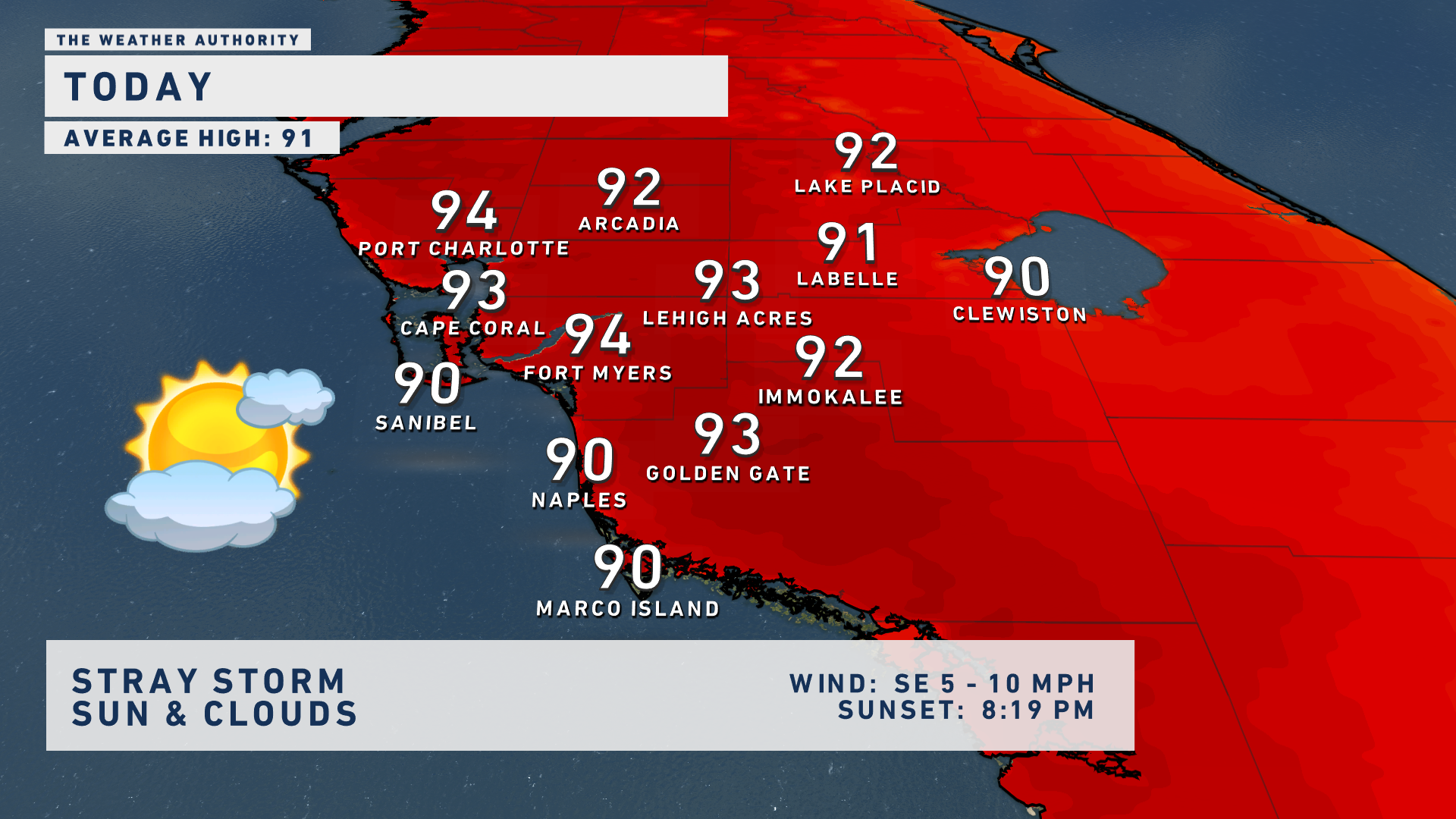 Rain chances look to stay low through Thursday, however, higher rain chances will return by Friday, which should knock our highs back down to near 90 degrees. 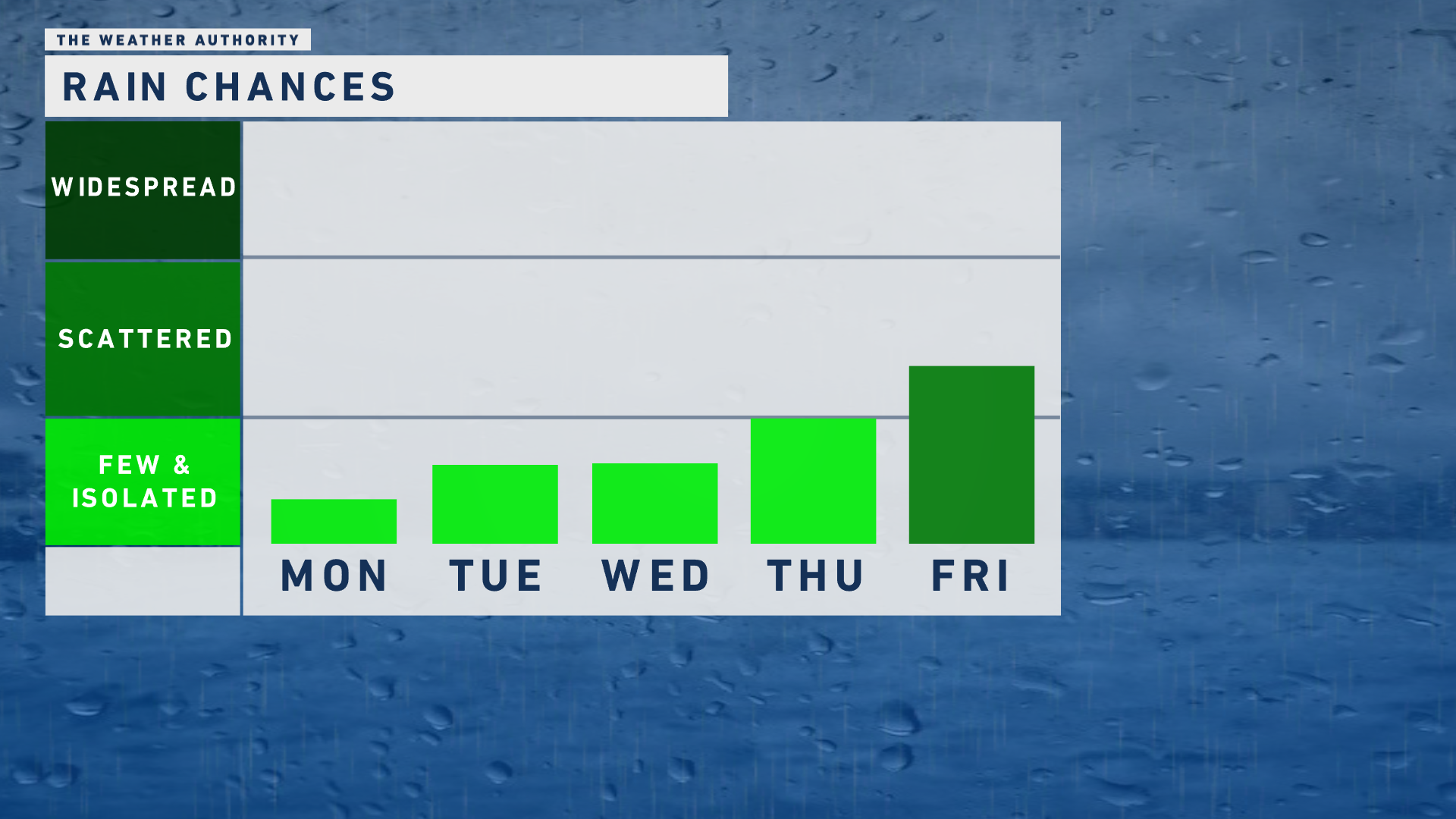 TROPICAL UPDATE: The western Caribbean must be watched as a large area of disturbed weather begins to move northwestward late this week into early next week. 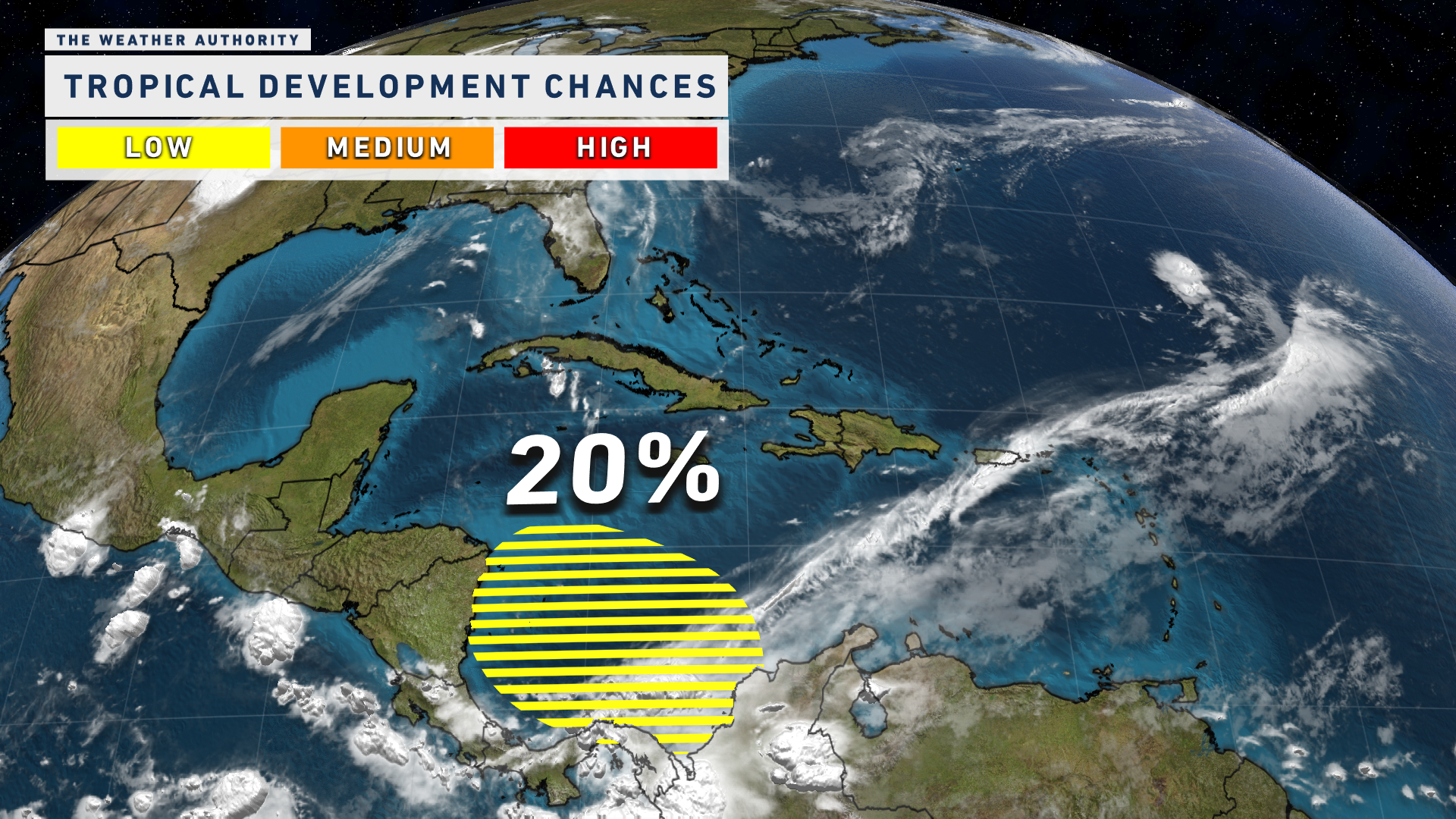 There’s nothing to track at the moment, and it may not be until late week until models get a better handle on a potential track or intensity if anything comes of this. It’s also possible that development occurs in the eastern Pacific instead. Either way, there’s plenty of time to watch, and nothing to be worried about for the time being.

Bottom line is odds of a depression forming are a “Low” 20% over the next five days, but those chances could increase later in the week.  Next name on the list is Bill. 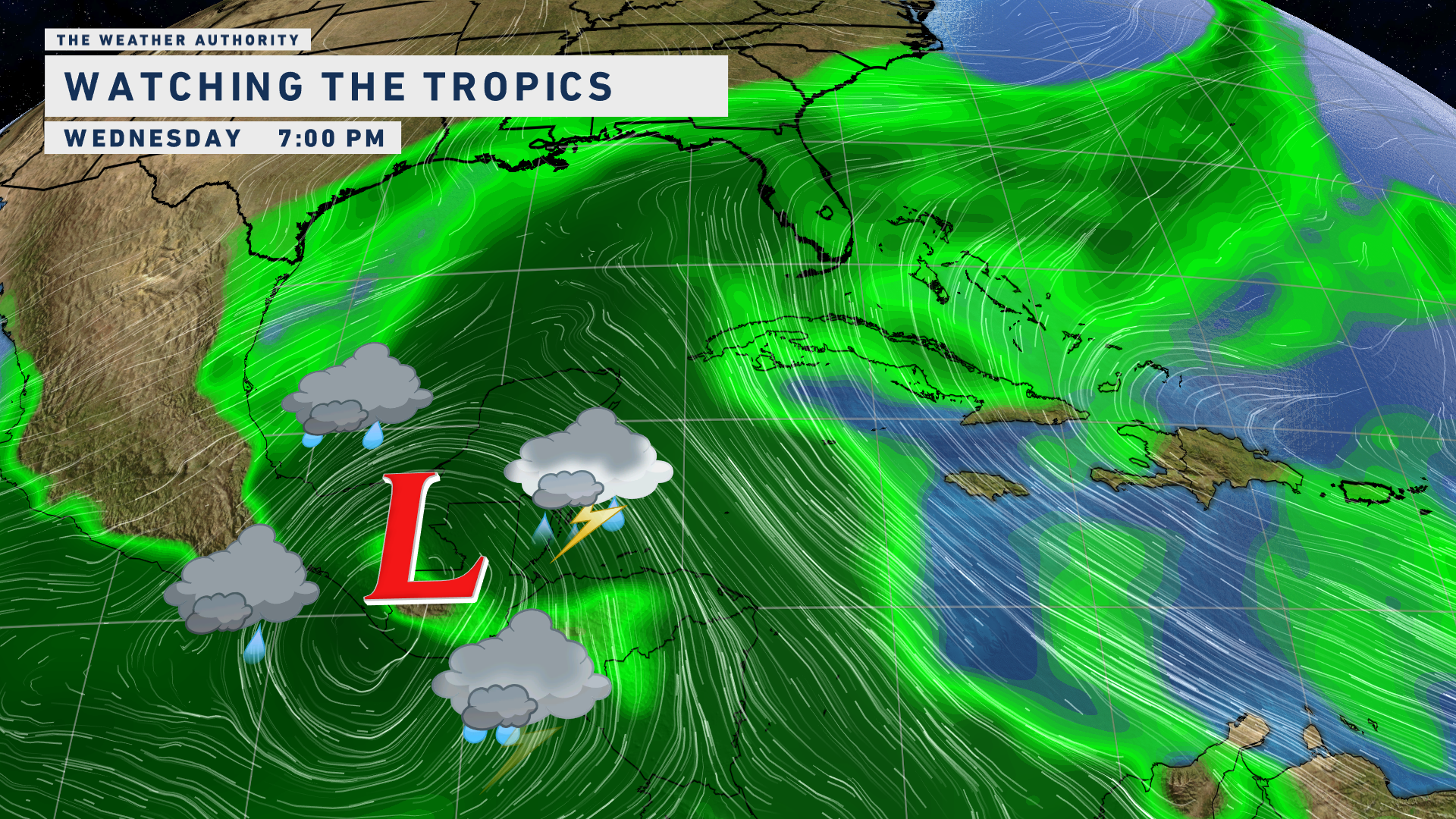