Strangers save family trapped in water at Fort Myers Beach

Strangers pulled together to save a family trapped in the water at Fort Myers Beach this weekend.

A mom, dad and their young daughter got caught in the strong current Saturday morning at Bowditch Point, and if wasn’t for the help of several bystanders, a day at the beach would have turned tragic.

“A lot of heroes to save the family,” said Michael Salay of Fort Myers.

He was the first person in the water at Bowditch Point, hoping to help parents whose young daughter was floating out to sea on a raft.

“I think they were kind of freaked out about just even asking anybody for help, I think you know what just happened so quick.”

Salay and others on the beach waved down a boat to stop and grab the little girl. Then, Salary and another man went after her parents.

He got the father back safely. Another man got the mother, who was nearly unconscious when she was brought to shore. An on-site park ranger performed CPR on the woman until medics took over.

“Very emotional. It broke me up. Just thinking of the family and what they went through, you know, with their mom, you know, in the hospital, but they called me later and said she’s OK.”

Salay said he hopes the experience doesn’t stop the family from coming back to the beach.

It’s hard to say if the family got caught in a rip current, but if you’re at the beach, here’s how to spot one: Look for deeper, darker-colored water, fewer breaking waves, a rippled surface surrounded by smooth water, anything floating out to sea or foamy, sandy water out beyond the waves.

If you do find yourself caught in a rip current, the first thing to do is stay calm. Don’t panic or try to swim against the current, as it will only pull you further out to sea. To get out of the rip current, swim parallel to the shore until you feel the current lessen and then swim to shore. If you can’t break out of the current, float with it or tread until it dissipates, usually just beyond the breakers. Then swim diagonally to shore. If you do not swim well, know your limits, stay in wading depths, and watch for sudden drop-offs. (Info: FWC) 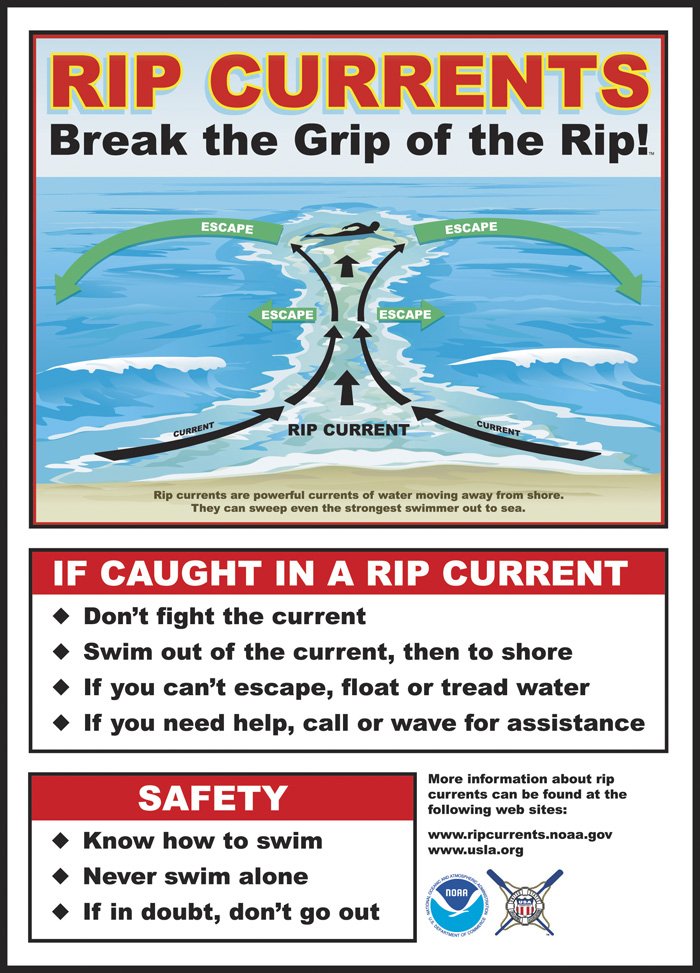