WINK Feeds Families March to a Million Meals surpassed its goal of raising $400,000 to provide one million meals to Southwest Floridians through the Harry Chapin Food Bank.

The Harry Chapin Food Bank does its part to feed 250,000 people every month. But, they don’t do it alone. In fact, Harry Chapin partners with more than 150 agencies including churches and non-profits to get food to people in our community who so desperately need it.

During the month-long effort in February, a staggering $568,5043 was ultimately donated by people like you. The final amount raised helps the food bank provide 1,420,000 meals. 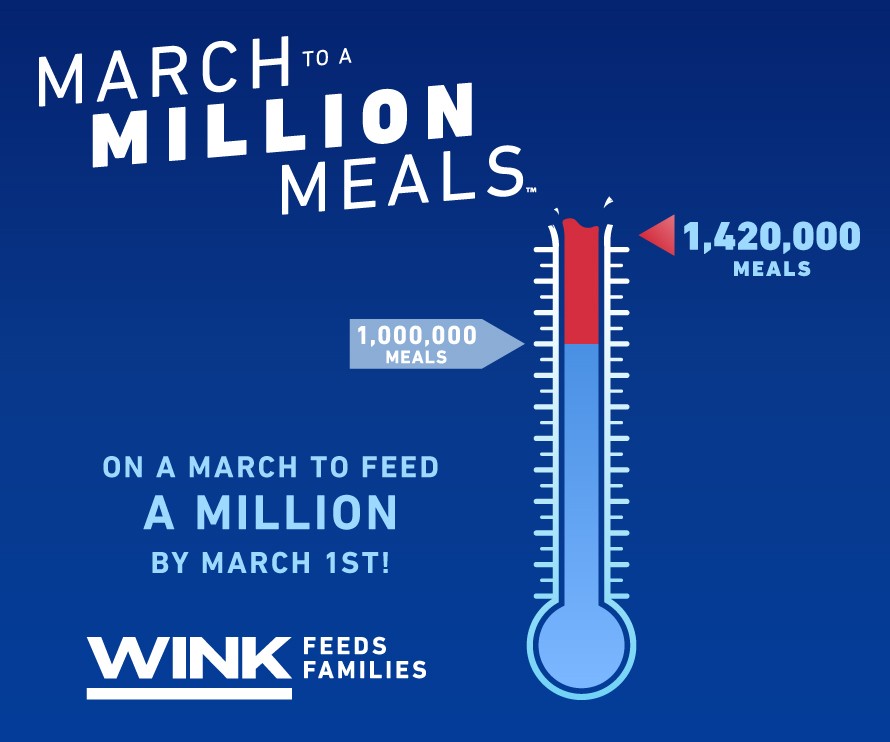