Cape Coral police cleared an area near downtown on Saturday evening after a suspicious package was found. It was later deemed to be harmless and its owner was located.

Police had an increased presence in the 800 block of SE 47th Terrace, near the LeeTran bus station, from about 5 p.m. to just before 7:30 p.m. as they investigated.

Some streets and businesses were impacted during the investigation.

“It’s a little weird. I have never experienced this before,” said Chris Cohen, who owns nearby Sidecar Treats.

The investigation unfolded across the street from Bob Moulroy’s bar, Cork Soakers Deck and Wine Bar. “When I got here, I saw that the whole street was taped up and there was no access.”

So, he had to shut down his bar early to give the police some space and to make sure his customers were safe.

“The police asked us to make sure that the patrons were leaving out the back door just to keep the area out front free and clear so that the dog could pay attention to what they were doing,” Mulroy said.

He’s hoping Sunday will be calmer.

“It’s a little bit surreal. You’re in Cape Coral. You just don’t expect to find that kind of thing or hear about it,” he said.

The Cape Coral Police Department says they were able to track down the person who left the package. That person will not be facing any charges. 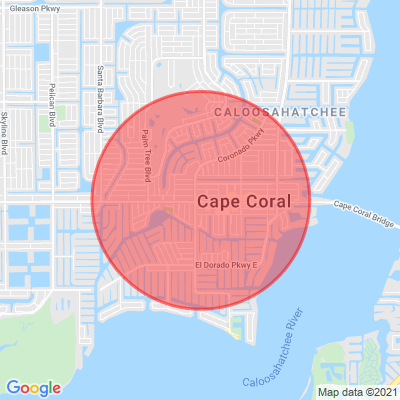