Arson confirmed in fire at Family Dollar in Lehigh Acres

A fire that tore through the Family Dollar in Lehigh Acres early Friday morning has been labeled as arson.

The Lehigh Acres Fire Control and Rescue District responded to a fire at the Family Dollar on 3519 Lee Blvd. around 1 a.m. The fire districts for South Trail, Fort Myers and Tice also responded, as did the Florida Highway Patrol and the Lee County Sheriff’s Office.

The fire spread through the entire interior of the store, and the flames and smoke were so intense that firefighters did not enter the building, opting to work from above and try to contain the fire outside the building rather than save it. Part of the roof eventually collapsed, and the fire was not extinguished until around 4:50 a.m.

What used to be a store now contains rubble and is just a burnt-out shell.

The Lehigh Fire Battalion Chief believes it was arson. Tina Heckler lives nearby.

“When I first heard the noise, I thought that somebody was in my son’s truck that it sounded like a door was slamming or something like that so I came out onto my back lanai and I looked over and I saw smoke coming out of the back of the building and I was like ‘whoa,'” she said.

The battalion chief cited windows already being broken when firefighters arrived as one suspicious sign. He also thought the 911 call seemed a bit off, but didn’t say why.

Two eastbound lanes of Lee Boulevard were shut down, leaving only one open until around 6:10 a.m.

Giselle Acevedo lives right behind the Family Dollar and goes there every day.

She says she’s sad for the employees who worked there and for her community. “Because some people don’t have cars. And you know, there’s no way there’s going to be easy for them to go to the grocery buy groceries,” said Acevedo.

This is still an active fire. pic.twitter.com/8k7PsXfzoh

Giselle Acevedo told WINK News she hopes they rebuild the Family Dollar. We reached out to the company to see if they plan to and are still waiting to hear back. 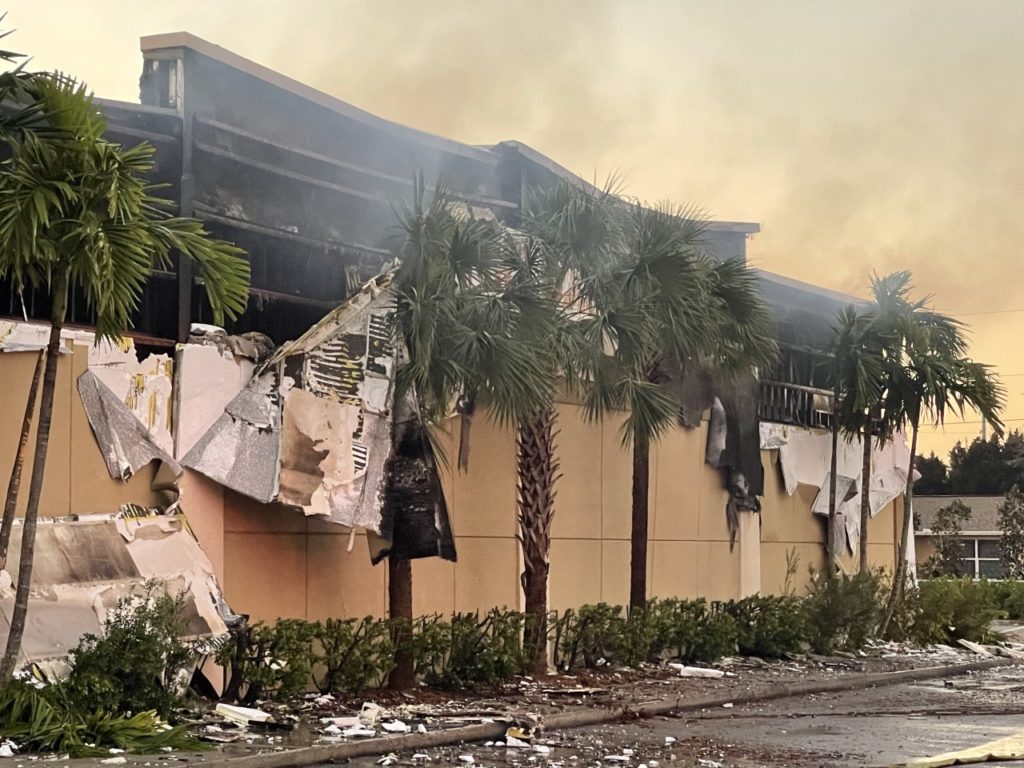 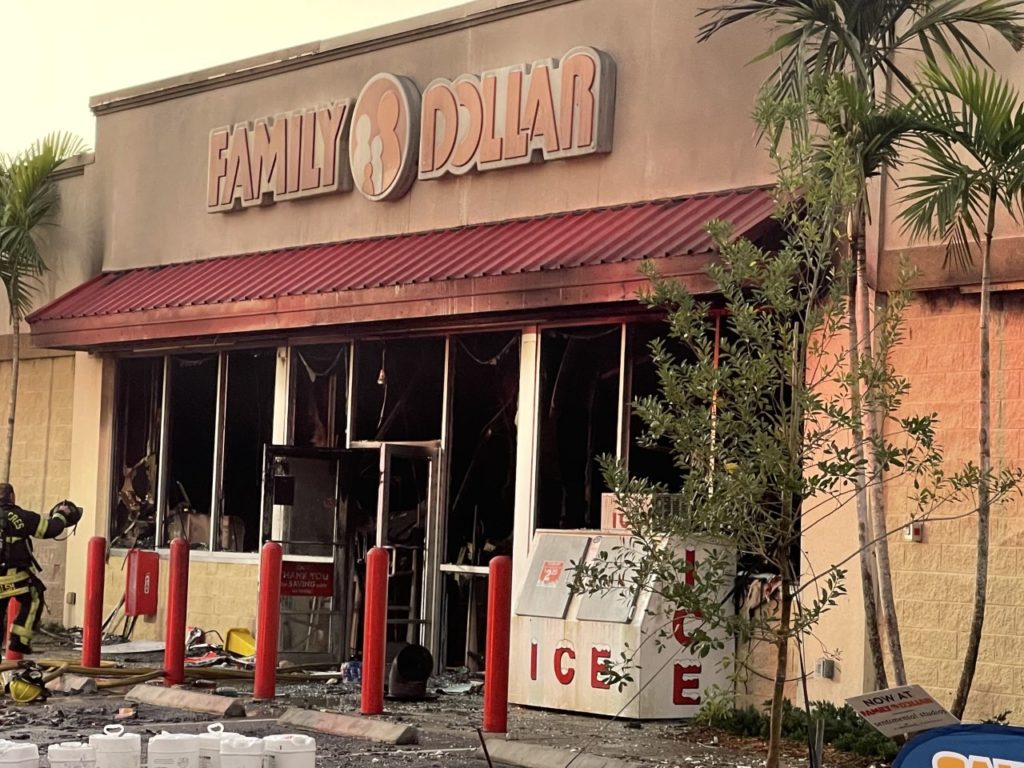